#MassProud: A Season in Stories

Looking back on an unforgettable year in Mass Hockey

Let’s start this look back with the beginning of a new chapter for legendary head coach Jerry York. It wasn’t all that long ago now that York retired — and it more recently announced that former Eagles star Greg Brown would become the program’s next head coach — but York took a day out of his 2021 offseason about a year ago to talk about he looked for in a player. Taking a closer look at the kinds of players who played for York suggests there is a whole lot more to what makes a hockey player and teams successful than fancy numbers at 8U.

Might as well fast-forward through two more moments of York’s unforgettable year while we’re at it, too …

Congratulations to Coach York on a storied and unprecedented Hall of Fame career! We are #MassProud! https://t.co/Sh4fuRnAYf

In late-May and into June, Team USA earned a bronze medal at the IIHF Men’s World Championship, in no small part thanks to a handful of #MassProud alums and a few slick moves.

Then @DonatoRyan (Scituate) with another shot from the point & tip in by Jack Drury for the @usahockey win #MensWorlds #MassProud #SouthShore https://t.co/5j4SIK13f8

Both Colin Blackwell (North Andover) & Conor Garland (Scituate) with 2 goals each. Brian Boyle (Hingham) with a goal too! #TeamUSA on to the semis and we are #MassProud #MensWorlds #IIHFWorlds2021 https://t.co/VJIVCs3c6Q

Sadly, in July, Mass Hockey lost Philip R. Zona, the Chairman of the Sportsmanship Committee, without whom the 2021 Sportsmanship Awards would not be possible:

The 2021-22 season was also one of a referee shortages. In some cases, only one official was on the ice. With the new season approaching, Mass Hockey put out a call to help stem the tide. And, throughout the year, we also featured a number of officials stories to shed a great deal of positive light on perhaps the most thankless job in hockey.

Looking back, 2021-22 had been quite a season for Matty Beniers, who was just getting started in July (quite a bit more from Beniers, whose pair of Team USA appearances were perhaps somewhat disappointing for very different reasons while his hockey career progressed, later): 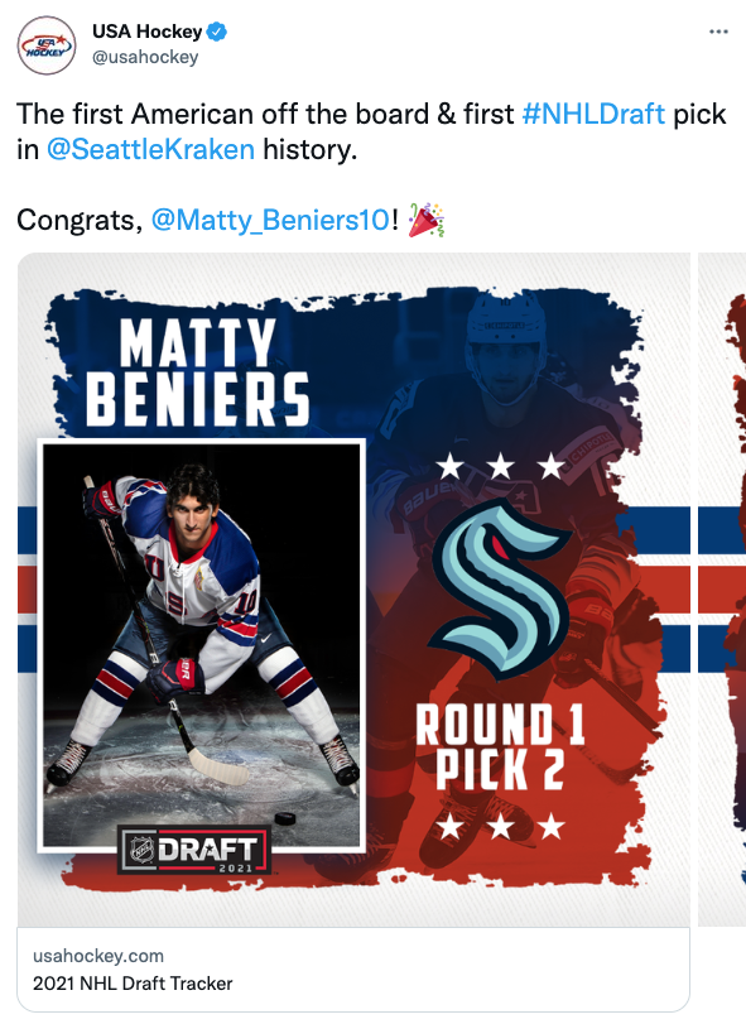 Closing out August, one of the biggest rivalries in sports was renewed at the IIHF Women’s World Championships, where Team USA, which would eventually fall Canada in the gold medal game, reached the finals to guarantee a medal on the strength of Alex Carpenter’s game-winner in the semis. 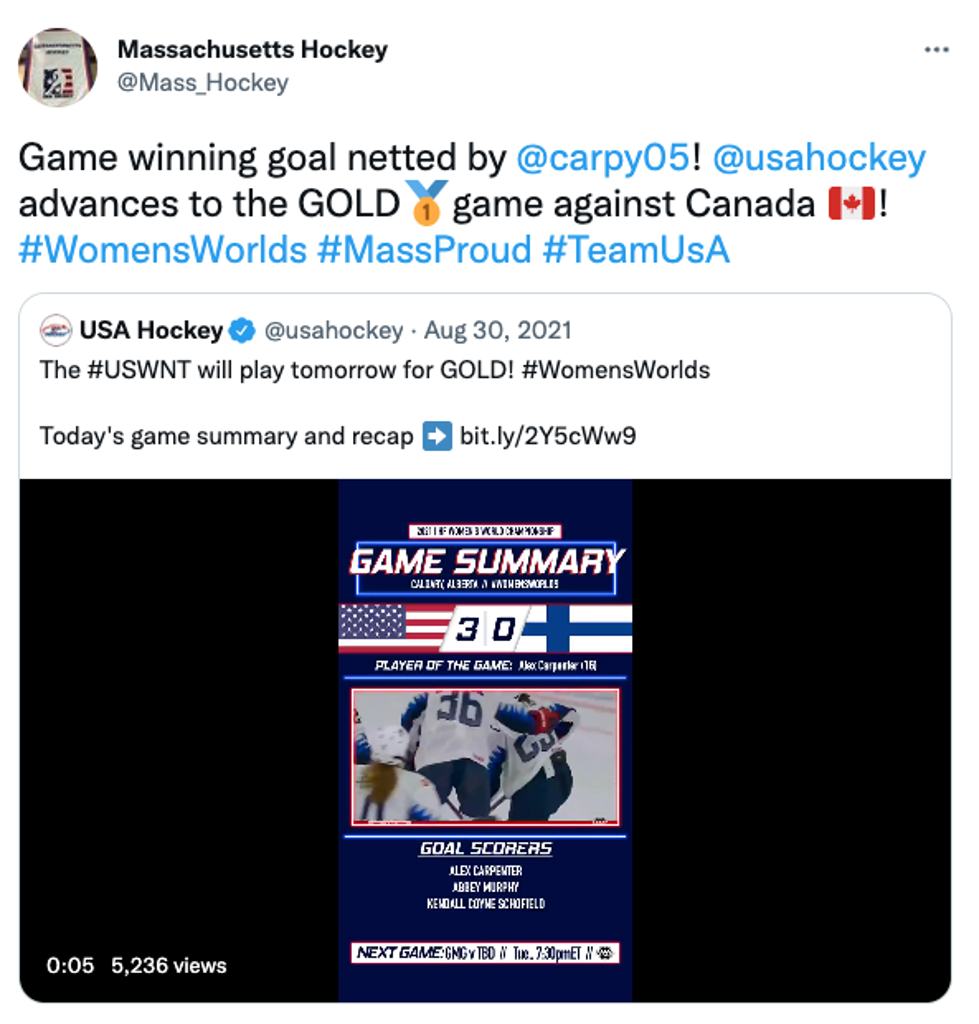 With a new youth season approaching in September, Mass Hockey took a closer look at injury prevention in young players. Spoiler alert: Children are still growing. Athletic trainer Sara Carpenito can help those players and their parents alike look at more ways to handle their athletic lives with care.

Nearing the start to the NHL season in earnest, we caught up with Wilbraham native Bill Guerin — one of the most successful players in the state’s history, an unabashed son of Western Massachusetts, a guy who starts the day with "It’s a Great Day to be Alive" spinning, and the architect of the Minnesota Wild, a team that, with Guerin’s ethos, has as much a look of that Wilbraham upbringing as any team in the National Hockey League — to talk about a day in his very unique life. 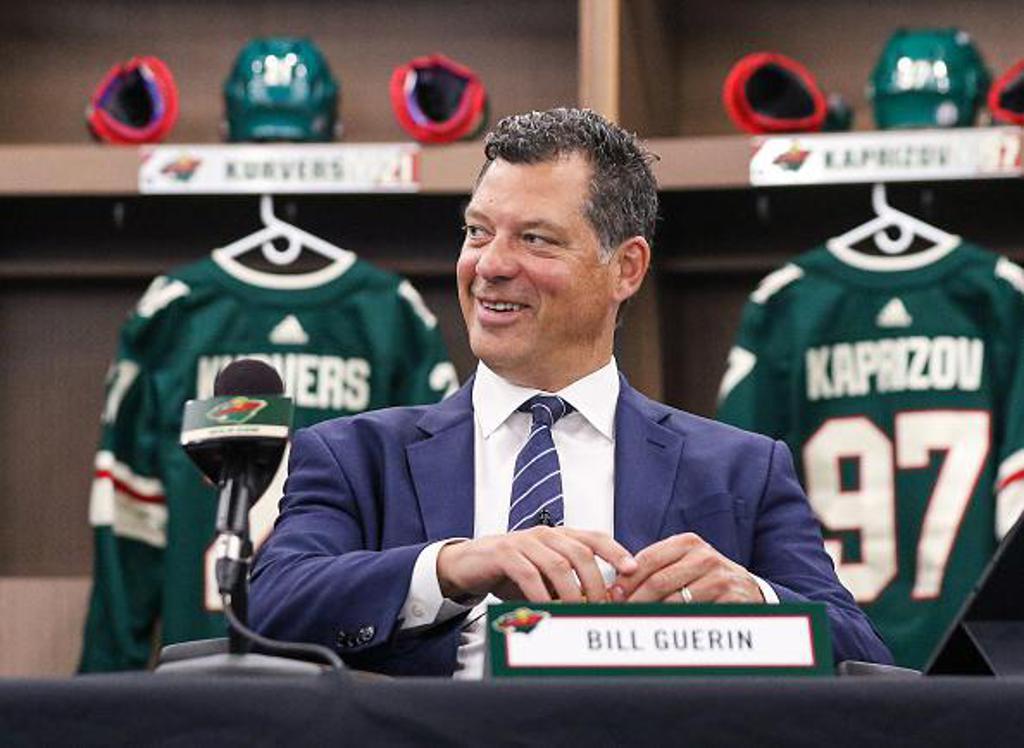 Speaking of Hall of Famers … The Massachusetts Hockey Hall of Fame Class of 2021 was announced this past fall, honoring some of the most recognizable names in the state’s hockey history — including 2018 U.S. Olympic Women’s Team gold medalists Kacey Bellamy, Meghan Duggan, Kali Flanagan and Paul Mara, and Tim Burke, Paul Gilmartin, Dave Hoffman, John Rolli, Kevin Stevens and Phil Zona.

The second half of November featured a number of team championship moments, too.

Closing out the calendar year, we attempted to answer some of the questions that are helping in both the evolution of the game and the young players who are making the most of it:

And longtime coach and former Boston University standout Kenny Rausch answers for some of the myths that may help impede the progress of those young players and the game.

Of course, while temperatures are warming in the Northeast here in May and spring is setting in, it may be easy to forget that 2022 was an Olympic and Paralympic year. Had timing been just a little different in terms of birth year and career progression, and who knows what the future might hold as it relates to Team USA, but perhaps Millis native Matt Boldy could have been packing for China, too, for the Games. Instead, he was scoring his first NHL in front of family and friends at the Garden. Boldy’s was one of the more impressive NHL debuts this season, and he talked with Mass Hockey about just how that timing has a funny way of working out — with a little patience.

Matt Boldy (Millis) scored his first @NHL goal recently at TD Garden for @mnwild! His development & path has been successful due to his hard work at every level! #MassProudhttps://t.co/H6XBpYgSOz

As the calendar year turned, though, so, too, did attention to Team USA — especially on a frigid Winter Classic night in Minnesota to kick things off — and Mass Hockey had quite a few angles to cover before and after the Beijing Games.

We are extremely #MassProud of @carpy05 (North Reading)! She was chosen on the roster for the 2022 U.S. Olympic Women’s Ice Hockey Team. It will be an incredible experience & everyone back home will be cheering you on loudly! #TeamUSA #WinterOlympics https://t.co/NtaoFOgtie

Before she left for the Games, Alex Carpenter stood still just long enough to tell Mass Hockey about how hockey has taken her around the world.

Before he left for Beijing, head coach David Quinn met with reporters and talked about his own experiences with the Games, including a revealing answer to a question about just how much Olympic hockey has meant to his own career and life in hockey.

We also caught up with Beniers with his own star on the rise as the men’s team’s youngest player, and, at that time, a University of Michigan student-athlete, but, as we learned in the Q&A, forever #MassProud.

And our interview with assistant coach an U.S. Hockey Hall of Famer and Scott Young, a college hockey star and veteran of more than 1,000 NHL games, not to mention a World Cup of Hockey title and three Olympic appearances, led to this priceless quote from the Pittsburgh Penguins director of player development: "Just let your kid play hockey. Let them have fun. And if it goes somewhere, it goes somewhere."

We are counting down the days till we get to cheer on these Massachusetts natives during the Beijing 2022 Paralympic Games! #MassProud #TeamUSA https://t.co/NlbVCDoNun pic.twitter.com/QLQbjhHss9 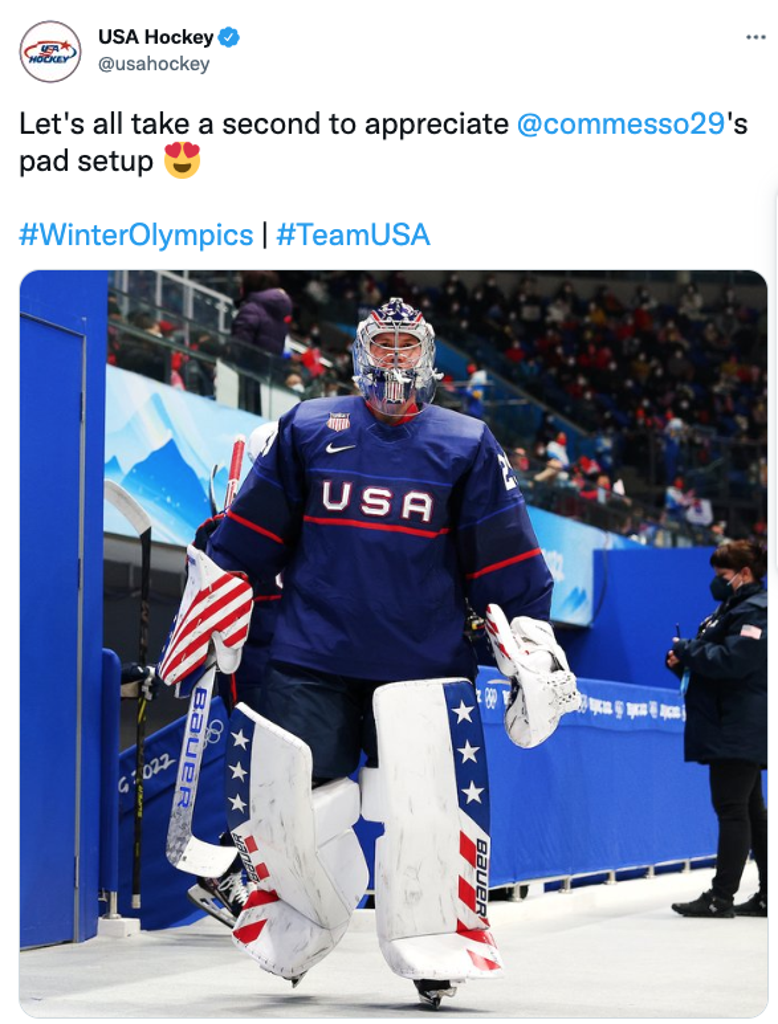 Team USA’s Paralympic team went on to win historic gold in Beijing, while the men’s Olympic team bowed out before the medal round and women’s Olympic team earned a silver medal after losing to Team Canada in the gold medal game. About that silver medal … Coming out of the Games, Mass Hockey caught up with A.J. Mleczko, who has both a gold and a silver Olympic medal, about the tremendously complicated feelings that come out of "winning" that silver when, in her words, "It was gold or failure … That was pretty much it."

By March, if spring is calling, so is title season. To cap off yet another tricky season, the Boston Pride made little history in winning back-to-back titles, this one with a heavy dose of Massachusetts on the roster.

Congratulations to our friends @TheBostonPride! We are looking forward to see you bringing that trophy back home! Plus, the Pride has 9 players on their roster from Massachusetts! #MassProud #Back2Back #Isobel2022 https://t.co/PVuEJhkoSN 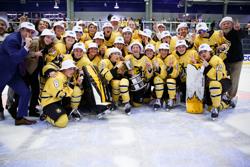 Boston Pride go back to back

Atop the roster, so to speak, is U.S. Olympian and Falmouth native Colleen Coyne, the Pride's team president, who not long after the title win shared her insight into hockey sense and how young players can develop it.

One of the more impressive wins came from the world of the Northeast Sled Hockey League finale, where the Spaulding Boston Shamrocks won the title. They have a larger mission, though, and that’s to grow the game.

And if it’s April, it’s USA Hockey Nationals season. Hard not to appreciate the dramatic fashion in which the North Shore Vipers and East Coast Wizards won it all.

As the NHL regular season was winding down, Beniers' professional career was winding up … 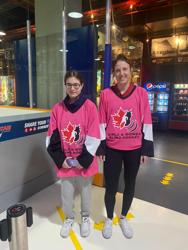 We wrap this year in review, though, saving one of the best for last with a most encouraging stories that a family hopes isn't the last of its kind — that of teenager Gianna Griffith, a vision-impaired teen from Reading who is helping pave the way for blind hockey players.

"People need to know blind hockey is an option," says Gianna’s father, Adam. "The challenge is getting the word out there."