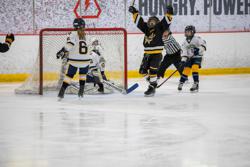 When Scott Young was growing up, there was no plan, no track, no roadmap that he and his family had plotted to make sure he’d reach the next level. He just played.

“My parents, they didn’t know very much about hockey,” says Young, looking back to those days in Clinton, Mass. “They were just glad I was having fun. They never thought, ‘Oh, my kid is going to be a Division I hockey player [and] the goal is for him to play in the NHL.’ There was never any of that. There was never any pressure, never even a thought of that.”

As a player, it was talent that took Young to St. Mark’s School, Boston University, the National Hockey League (for more than 1,000 games and two Stanley Cups, no less), the Olympics (three of them, in fact, one as a defenseman), the World Cup of Hockey and the U.S. Hockey Hall of Fame as a member of the 2017 class.

“Hockey just opened up more doors the further I moved along, but there was never an expectation or disappointment of, ‘Oh, you didn’t do this,” Young says. “There wasn’t a plan. I just played. And things fell into place. I do think there are a lot of parents with expectations of their kids and how hard parents push kids these days. Just let your kid play hockey. Let them have fun. And if it goes somewhere, it goes somewhere.”

These days, Young’s day job is Pittsburgh Penguins director of player development, a job that has exposed him to almost as many roads to the NHL as there are players.

“Well, what we tell players in our development camp, [is that] everybody has their own path, and there are so many different paths,” he says, bringing up Deerfield and University of New Hampshire standout Casey DeSmith, who in 2015-16 was in Wheeling, and Massachusetts native John Marino, who went from Harvard into the NHL. “So just keep getting better, keep developing, stick with it. It might take it one year. It might take it two months. Or it might take you five years. But if you can make it to the NHL, it’s a pretty special thing. And it’s really different for everyone.”

With grown children, Young can look back and see how that perspective might help a lot of hockey parents see a bit into the future. 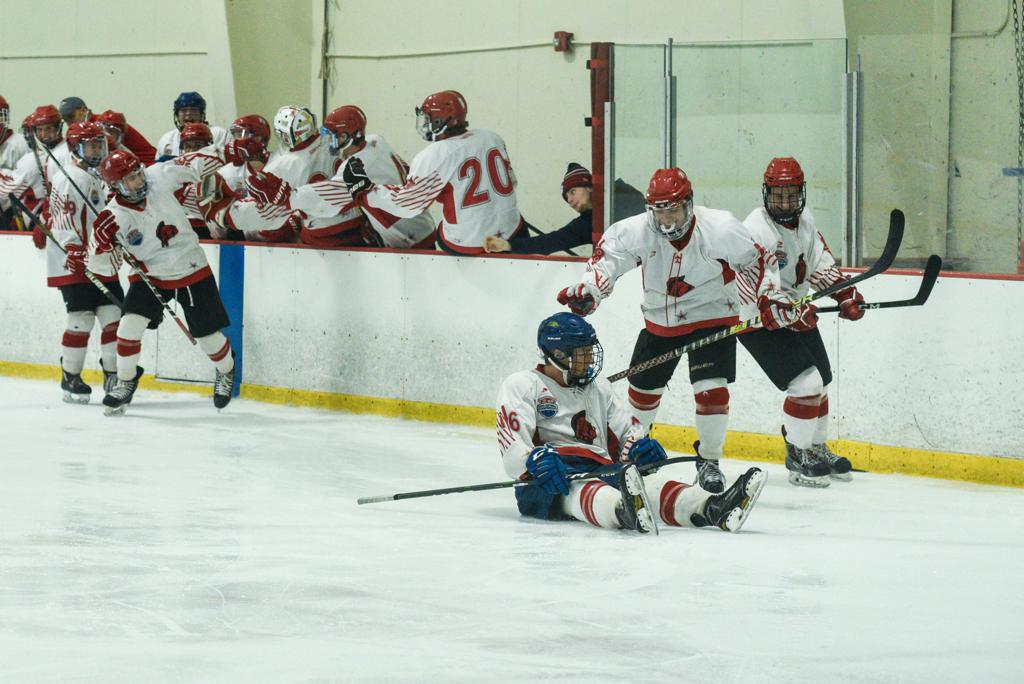 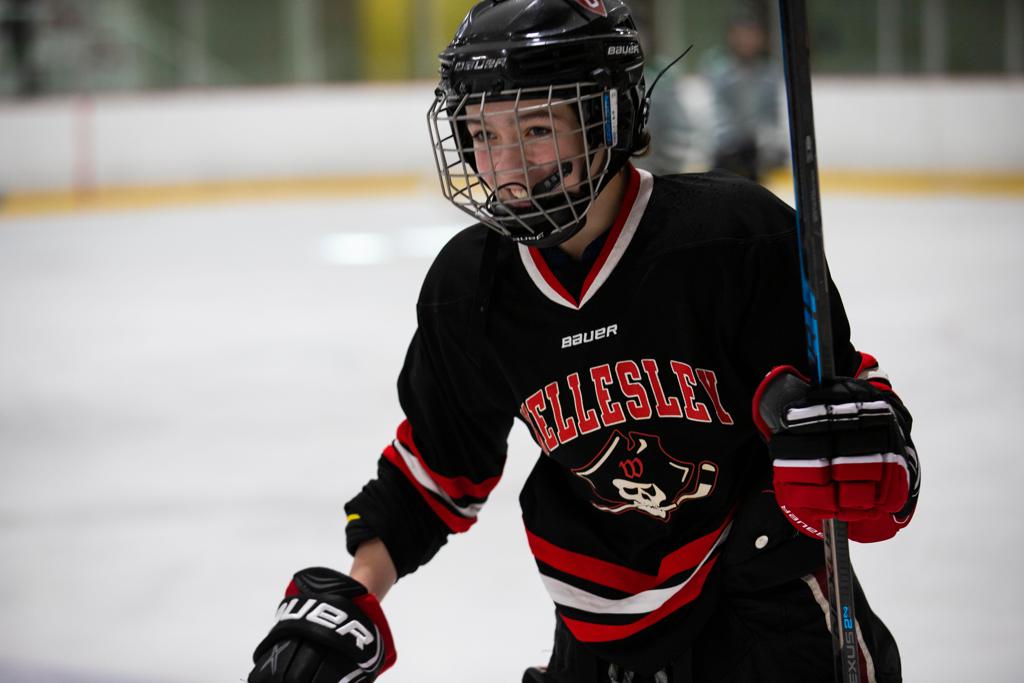 Now, Young is back in somewhat familiar surroundings in the form of the Olympic Winter games, serving as an assistant on former BU teammate David Quinn’s staff in Beijing. Young also served as an assistant on the 2018 U.S. Men’s Olympic Team.

“It’s an incredible feeling,” he says. “And I know it’s almost turned into a cliché now to say that when you put on a USA jersey or when you represent your country, but it really is. You just kind of have a swelling of pride when you’re part of a national team and part of an Olympic team.”

As a player, Young earned spots on enough Team USA rosters that it’s hard to count how many times he’s pulled on a U-S-A jersey. Back in 1985 and 1986, he played for Team USA at the IIHF World Junior Championship, becoming part of the first U.S. team to earn a medal in the tournament.

“Yeah, it’s a bronze, but it’s the first medal ever,” Young says. “There just wasn’t a lot of success at the national level at that time. We were making strides. But you have to start somewhere, right? And that’s where things started. And now you look at where USA Hockey is today and winning gold medals at the World Juniors. It’s really special.”

“I’d like to see parents just allow their kids to play and enjoy the game, let the coaches coach the game and enjoy it,” says Young, whose youngest son has committed to Merrimack. “One of the greatest things about hockey and coaching is the rides to the rink, and the conversations you have to and from the rink. Because, all of a sudden, your son or daughter is 25-years-old and that’s not happening anymore. Enjoy the car rides. That’s really what it’s all about.” 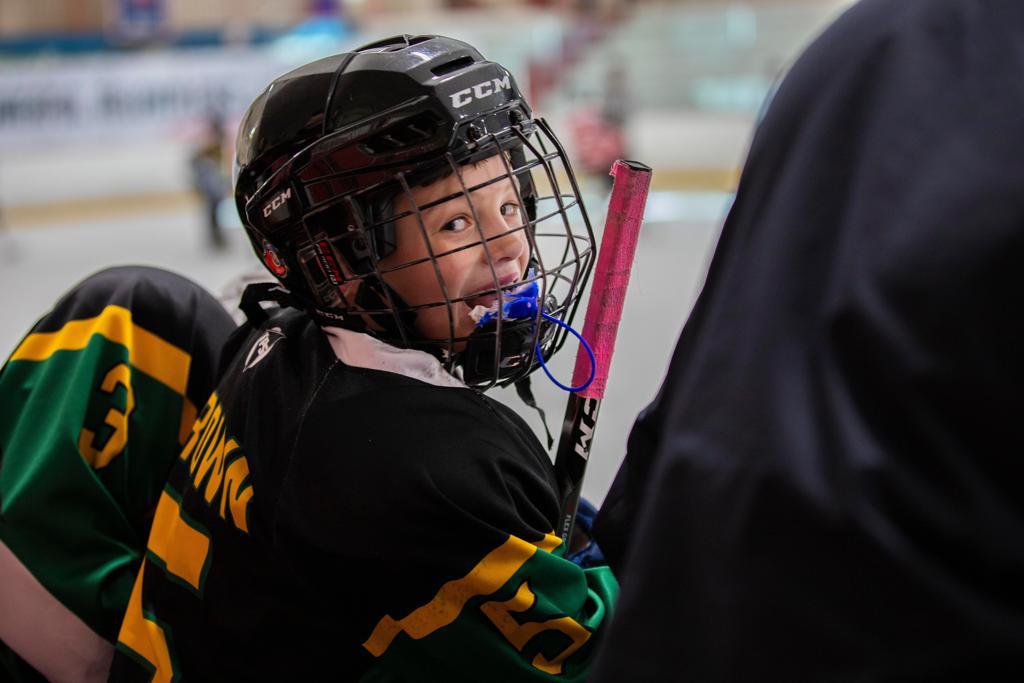 A year after that, he played for a third World Junior team, serving as captain and scoring 11 points in seven games. One year later, the same year he reached the NHL with the Hartford Whalers, he made his first Olympic Team. He also made a lifetime of memories and lifelong friends.

“Our coaching staff got an email [in January] from Tony Granato wishing us luck,” says Young. “On that ‘88 team, we traveled around all year from August through the Olympics, and he was my roommate. That was a team where we made friends for life. We didn’t win a medal, but we were all really young. If you look at a lot of our careers, we were stacked. We were just young. It didn’t work out, but we made friends for life.”

And if 1980 supercharged USA Hockey for Young and his contemporaries, his own group may have set the stage for a next level for USA Hockey with a win at the 1996 World Cup of Hockey.

“I really feel blessed to have played with a lot of the guys I did,” Young says. “I was so fortunate to play with guys that I think helped to shape USA Hockey and what it is today. You go through every guy on that team and it was incredible.”

Young’s career also included playing with Jack O’Callahan on one of his World Championship appearances. But the World Cup remains a highlight, along with the 2002 Salt Lake Games, where Team USA earned a silver medal. How far they had come in the course of Young’s career. 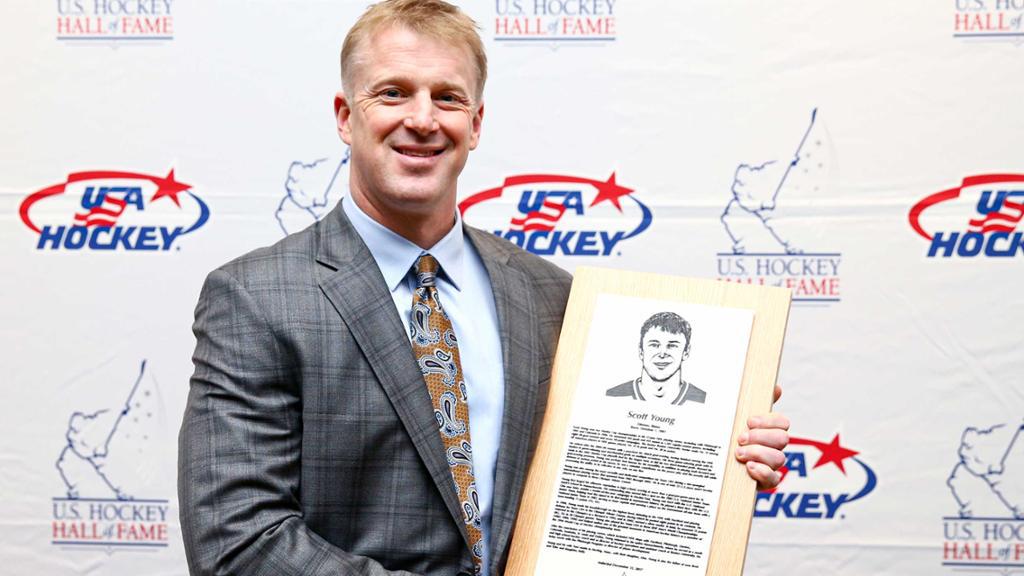 NHL.com article on Scott Young being named Assistant Coach for the Men's team.

“I was able to play with some guys who played on the ‘80 team and obviously I played on the 2002 team, so, to be a part of so many different generations of USA Hockey, USA Hockey is just so special to me,” Young says. “In 2002, we did lose in the gold medal game, but we won a silver, it was the Olympics, which is obviously a huge deal, and playing for Herb Brooks was really special for me. That whole team felt like it was the World Cup team. A lot of similar names. And it felt like we were destined to win. We went into that game undefeated. And, unfortunately, we lost. But that was a real special time, too. And that was a heck of an Olympics.”

Over the coming days, Team USA will be just about the only thing on Young's mind while in Beijing.

“It gives you a different perspective if you have played for an Olympic team,” he says. “When you’re lined up on the blue line and you’re listening to the national anthem, when you look at your flag, it just gives you a whole different view and feeling after playing for an Olympic team. You listen to [the anthem] differently. You look up at your flag differently. You’re always proud of the flag of the United States and everything that the flag stands for, but, when you’re actually playing for your country it just gives you a different view.”

Reuniting with Quinn was a draw, too.

“There’s such a comfort level with us talking about anything,” says Young. “I played with him at BU and we’ve remained friends ever since, and I ended up coaching with him at BU, too. I have a tremendous respect for him as a person, first of all, and the way he conducts himself, he’s a true professional. As a head coach, he’s a great communicator, he’s passionate and he really cares about his players.”

Team USA is in Beijing with a good deal of youth and a roster of collegiate players, but that doesn’t mean the expectations are any lower.

“Hey, we can compete for gold medal,” says Young. “And that’s what we’re going to do. We really like our team.”