“Winning” a silver medal is complicated.

“It’s crushing, honestly,” says two-time Olympian AJ Mleczko, who made history with Team USA at the 1998 Nagano Games by winning gold over Canada, only to be part of the team that fell to their rivals four years later at the Salt Lake City Games. “It was gold or failure. That was pretty much it. It sounds like an exaggeration, but that’s really what it felt like.”

All these years later, particularly with the anniversary of that Feb. 22, 2002 loss fresh in her mind, Mleczko can pretty quickly tap the memories.

“People will ask me if I have any regrets, or if there’s anything I could change, or to talk about the lessons I learned from losing that game,” she says, considering some of the many prisms through which she has been asked to look back to 2002 over the years. “Now, I’m also a competitive athlete, and, if I could really go back and change something, I would go back and win that game. It would be great to be a two-time gold medalist.”

And that’s where Team USA finds itself today, only a few days removed from falling to defend its 2018 gold medal after falling to Canada in the gold-medal final, 3-2, this time in Beijing.

In the most recent edition, Team USA, like Mleczko’s silver-medal winning team, was aiming to defend a gold medal and was unable to do so. Mleczko, who this year watched Team USA as a member of NBC’s broadcast team in the United States, can relate.

It may be some time before the 2022 team can see the lessons. But they are likely to come.

“I don’t know what would have resonated with me at that time and in the weeks that followed,” says Mleczko. “But I think that the lessons I learned, are, ‘Yes, hold your head high.’ You guys worked your tails off. You did everything you could have done. It just looked like one of those games where Canada deserved a medal on that day.”

"I watch my kids lose big games, and, as hard as it is in the moment to watch my kids as competitors and athletes lose a game they wanted to win so badly, I know that there are great things to come. And I don’t mean just athletically. I mean about the lessons that you learn from that will really help you in life. I’m competitive at my core and I still hate losing. But I can appreciate the journey so much more than I used to be able to.” 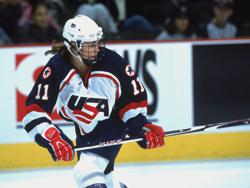 Over the years, the lessons will make more sense away from the rink, too. That certainly has been the case for Mleczko, a mother of four, who has worked her way up the broadcasting ranks during a post-playing career that includes not only the Olympic Games, but the NHL, too, along with countless games behind the bench for her kids’ teams.

“I think all these years later, there’s truly an appreciation for Olympic competition – how unique it is, how rare it is to be in that situation and competing on the world stage for your country and also competing for a gold medal,” she says. “Yeah, there’s still a bit of a bitter taste in my mouth [about the silver medal], but, the older I get, the more bittersweet it is. There is some sweetness.”

The women’s game is also growing, in no small part to both the legacy of the U.S. Hockey Hall of Fame 1998 team, which featured the likes of Cammi Granato, Katie King, Angela Ruggiero, and Colleen Coyne, along with the generations that followed. In fact, USA Hockey, recently paying tribute to the 1998 team, gathered the team virtually to show them a video featuring those generations that followed to help hammer the point home.

“The Lamoureuxs, Kacey Bellamy, Meghan Duggan and some players who were on the U18 team – so, players who weren’t yet born when we played – talking about the impact,” says Mleczko. “Just knowing the fact that we won the game and making women’s hockey visible. It opened so many doors for young girls to play.”

NBC Sports Group reported that the Beijing final averaged 3.54 million viewers – for a game that began at 11:15 p.m. ET – which ranked as, according to a press release, “the second-most watched hockey telecast in the U.S. since the Oct. 2019 start of the 2019-20 NHL season.”

The final will go down as a “loss” and the United States cupboard will add only a silver medal, but Team USA’s participation in it is part of the game’s progress. 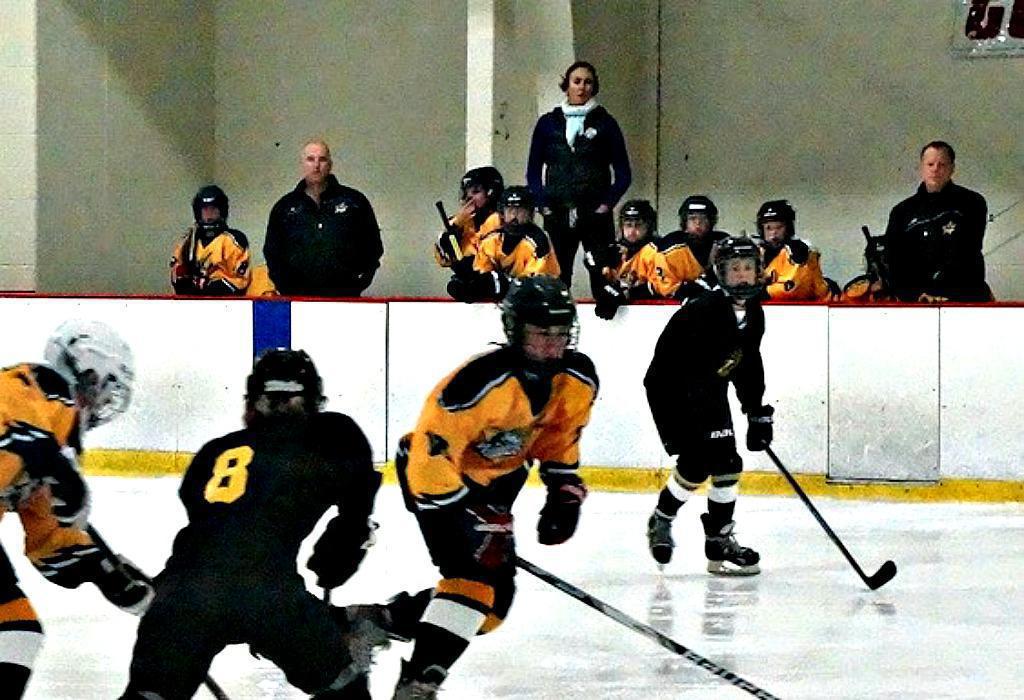 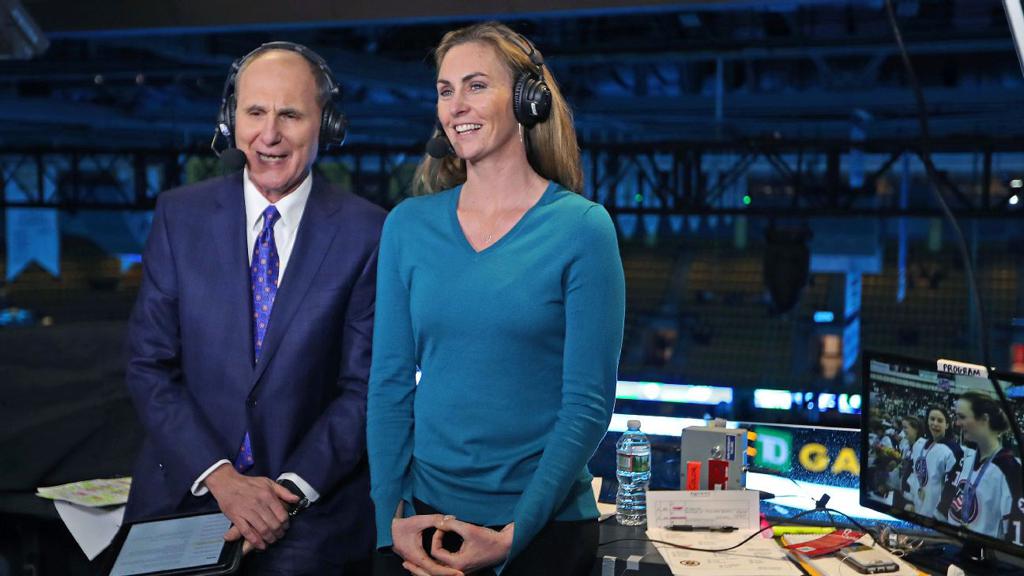 “It opens doors for Cam to have her job, for me to have my job,” Mleczko says. “There are people in my generation who have gotten these jobs and worked for them. I know I worked my tail off for it. But I do think our team success opened doors in more ways than one.”

These may be the lessons that go beyond overcoming one of the hardest single-game, everyone-is-watching losses in a hockey game.

“I know it was the second-most watched hockey game, men or women, since 2019,” says Mleczko. “That’s a big deal. Not personally for me, because the broadcast is about bringing the players to the viewers, but the fact that women’s hockey is making that sort of noise and that sort of impact means a lot to me.”

The trajectories for post-playing career options have also broadened horizons for the players in the game.

That the “day” jobs of Mleczko, Granato, Duggan, Coyne, and every woman working in and around the game at its highest level, weren’t likely part of their own game plans a decade ago may be part of this larger story that isn’t defined by losing gold – that each new chapter of the USA-Canada Olympic series can be as much about the progress of hockey as the medals each women’s team wins.

As more and more careers show, the record books don’t have define what can become of the players whose names appear in them. Looking ahead, breathing new life into hockey options after a playing career concludes may be the ongoing legacy of Olympic finals.

As much as it hurts.

Time does have a way of creating perspective that the members of the 2022 Olympic Women’s Team may not see yet, but that Mleczko, as a member of the 2002 team, can.

“Now that I have four kids, I can appreciate the journey so much more,” she says. “Because I watch my kids lose big games, and, as hard as it is in the moment to watch my kids as competitors and athletes lose a game they wanted to win so badly, I know that there are great things to come. And I don’t mean just athletically. I mean about the lessons that you learn from that will really help you in life. I’m competitive at my core and I still hate losing. But I can appreciate the journey so much more than I used to be able to.”

The journey of the sport of women's hockey is also worth considering since 1998. Based on the progress of the game, the increased interest in the game and the role Team USA and Team Canada have played in pushing the sport and its players into places very few might have imagined, there is a case to be made that any team trying to make the game a better place is winning. Still, that won't ever make losing gold easy.

“On the flip side of it, 20 years later, I can truly appreciate the hard work, the journey, and what that meant to me and the team,” says Mleczko. “We worked just as hard, if not harder, for Salt Lake City than we had four years earlier. And we come up short. Does that mean it wasn’t worth it? Absolutely not. I still loved every minute of the tour and training and that’s why. If it was a sure thing, it wouldn’t be any fun.”