David Quinn Gets His Dream Shot 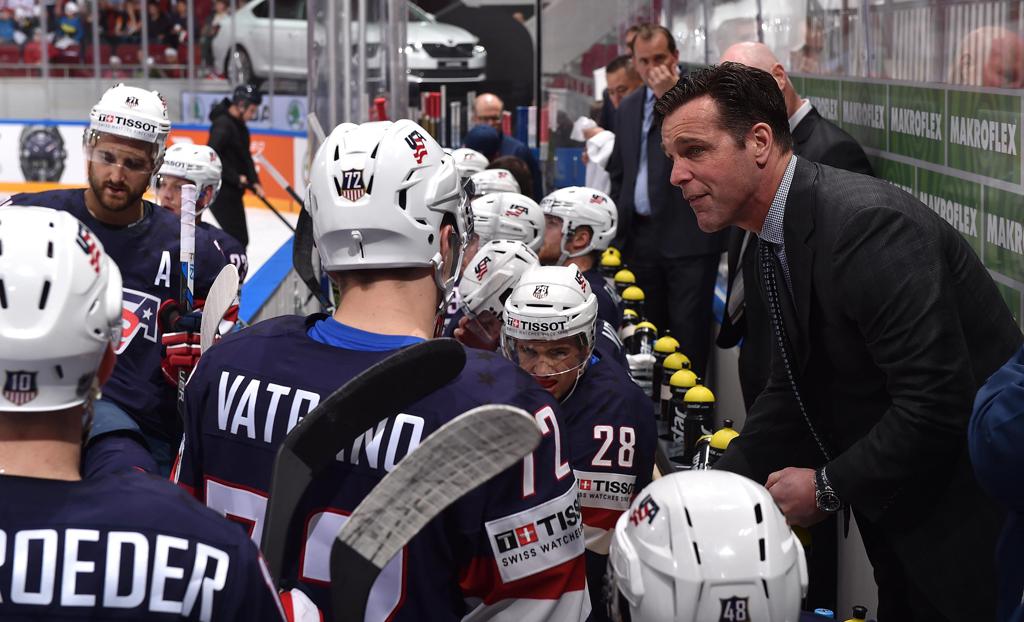 Like so many players of his generation, David Quinn remembers where he was when Team USA won gold in Lake Placid, and it left an indelible impression. He’d also go on to play for the United States himself as a member of the U.S. National Junior Team that in 1986 – the first U.S. team to medal at the tournament – and while a blood disorder ended his playing career, the former Boston University star and coach is no stranger to coaching for his country.

He now has the chance to do so on perhaps the biggest stage of that career when Team USA takes to the ice in Beijing for the 2022 Olympic Winter Games.

“Just an incredible honor and a privilege to be the head coach for the 2022 Olympic Team,” he said after USA Hockey’s announcement earlier this month. “We can't tell you how excited we are about the team we’ve put together here, and we're just very excited about going over and competing for a gold medal.”

Even to this day, Quinn can picture the scene from 1980. New England hockey fans might get a kick out of the story.

“Well, I remember watching the ‘80 game against Russia at Jack Capuano’s house,” said Quinn, referring to the Ottawa Senators associate head coach and fellow Cranston, R.I., native with all kinds of Team USA experiences to his credit. “Jack and I were teammates growing up, our whole lives. We grew up about a mile from each other. I remember being in his living room watching the U.S. team beat Russia and what a feeling that was.”

A few short years later, in 1984, both were selected in the NHL draft, and both went on to successful college careers – Quinn with the Terriers in Boston and Capuano at Maine.

Over his long history at BU, Quinn would wind up even more connected with the Miracle on Ice.

“I was fortunate to get to know Mike Eruzione, Jim Craig, Jack O'Callahan and Dave Silk, and become friends with all those guys,” he said. “Olympic hockey has meant an awful lot to me. I think I was about 14 when that happened, so it was a pivotal point in my hockey career. And being an Olympian and being part of the Olympic experience was something that was always a goal of mine. As a player, unfortunately that didn't happen. Now I get the chance to do it as a coach and it's an incredible honor.”

Since it was announced that NHL players would not participate in Beijing, Quinn, who had already been named to Team USA’s first staff, would be rewarded with an even more significant role – but a reward of extra time to let that sink in or to pivot on building out a team didn’t come with it.

“[General manager] John [John Vanbiesbrouck] and I, right away, started talking about the roster and the selection process and putting a staff together,” said Quinn of a staff that now also includes fellow BU alum Scott Young. “It really has been all about picking the team and picking the staff, logistics, practices, when we can and can't do things.”

As for what might have been with his own career wearing a U-S-A jersey were it not for his career being cut short, Quinn hasn’t had much time to think about that, either.

“I haven't really had a chance to think about the melancholy side of this,” he said. “Hopefully, sitting back when we get back with the gold medal, I'll be able to do that.”

With 16 players on the roster who were born in 1998 or after, and 15 in college, Team USA, as is typical in an international tournament, will have to form its identity quickly.

“We are obviously a little bit more aware of going a little bit younger, but we want to take the best team possible to compete for a gold medal,” said Quinn. “When we looked at the player pool that was available to us, we thought speed, skill, pace, tempo [were] going to be the strength of our team. The roster changed a few times in the course of the process and at the end of the day we just feel really good about the team that we have.” 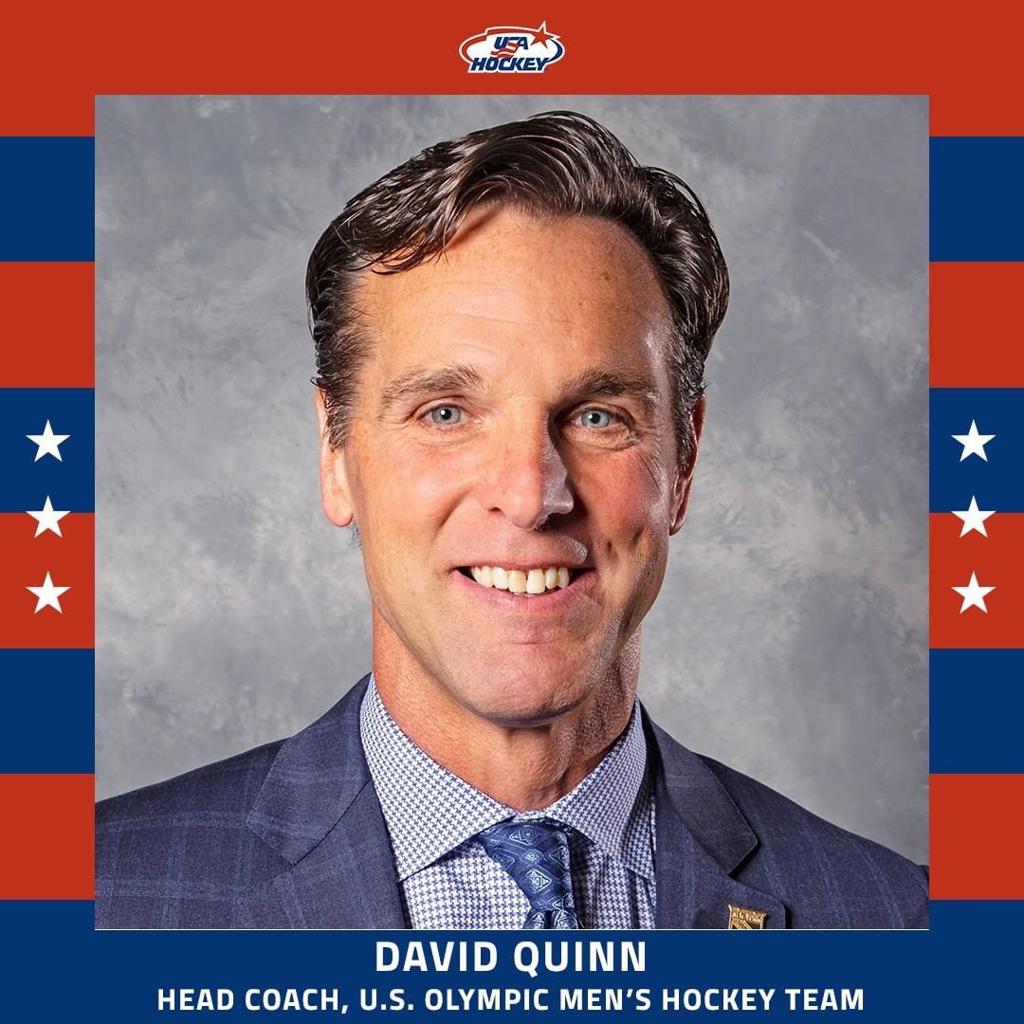 “Olympic hockey has meant an awful lot to me. I think I was about 14 when that happened, so it was a pivotal point in my hockey career. And being an Olympian and being part of the Olympic experience was something that was always a goal of mine. As a player, unfortunately that didn't happen. Now I get the chance to do it as a coach and it's an incredible honor.”

The same can be said of Quinn’s staff.

Once in Beijing, where Team USA is set to open Preliminary round play Feb. 10-13, with games against China, Canada and Germany, the whirlwind will only pick up.

“We're going to have to make decisions in a hurry,” said Quinn. “There's not a lot of time for practices. There's not a lot of time for players to play through bad stretches. But, at the end of the day, it's about managing your players and putting them in the best positions to have success. We have to make sure we find the right combinations and put our team in the right mindset to play the style we want to play.”

No matter the result, the honor will remain with Quinn for a very long time.

“When you get into this profession, you do it because you love coaching, you love the relationships you have with your players, and you never really envision this is a possibility,” he said. “I’ve been very fortunate in a lot of ways in my coaching career, and never more fortunate than I am today being the head coach of the U.S. Olympic team.”