Massachusetts Hockey has chosen the 2017 Sportsmanship Awards recipients. The three recipients were chosen from an outstanding group of a record-high 72 applicants.

She is a National Honor Society and National Spanish Honor Society student. As a three sport athlete in high school (Soccer, Ice Hockey, Lacrosse) she still finds time to work as a math tutor and volunteer with her church and local TOPS Soccer & Challenger Hockey programs.

Denis M. O'Donnell, M.D. wrote the following in his recommendation about Marisa: "The cherry on the top of this very complete package is the fact that I have never met a person who smiles as much and is as happy as Marisa. It is truly astounding to me that she is never down, always positive, with a huge smile on her face. I asked her mother once if Marisa was always this happy and constantly smiling and her short answer was, 'yes'."

Ryan Johnson, 18, is from Norwood and graduated this spring from Norwood High School. He is planning on attending Massachusetts Maritime Academy this fall.

He is a three sport athlete (Football, Ice Hockey and Baseball). Even with Ryan's busy schedule he finds time to volunteer as a trainer. He was a team captain for the 2016-2017 Norwood team, which were a finalist for the James Mulloy sportsmanship award presented by the MIAA.

Norwood Youth Hockey Midget Coach Shawn Hennessey wrote the following in his recommendation about Shawn: "His leadership, level head, and ability to work with other to resolve conflict make him a perfect fit for this program. Whether on the ice, a baseball field, a classroom, or during a crisis, you can count on him to be a team player. Ryan sincerely embodies true sportsmanship in all aspects of his life."

Seamus Kelley, 18, is from Norwood and graduated this spring from Norwood High School. He is planning on attending UMass Amherst this fall.

He is a dual sport athlete in Ice hockey and Soccer, who never received a penalty. His sportsmanship is unmatched, which is reflected in the recommendations for Seamus. Plus, being the goalie kept his eligible time for a penalty to a minimum.

President of Norwood Hockey Bill Naumann wrote the following in his recommendation about Seamus: "Seamus was the goalie on teams that would be considered overmatched and on most occasions a heavy underdog to keep the game close let alone win. Margins of defeat were often by 5, 6, 7 or 8 goals and probably should have been higher if not for Seamus's play in the net. At no time did he ever point fingers at teammates for their lack of offense or call out his defensemen for their blown defensive coverage. Not once did he have a verbal exchange with a referee after an obvious bad call that didn't go his way. Most importantly, he always displayed courtesy and grace toward his opponent which is not always easy when you're on the wrong side of a lopsided result."

Information for the 2018 Sportsmanship Award Application will be available on the Massachusetts Hockey website after January 2018. 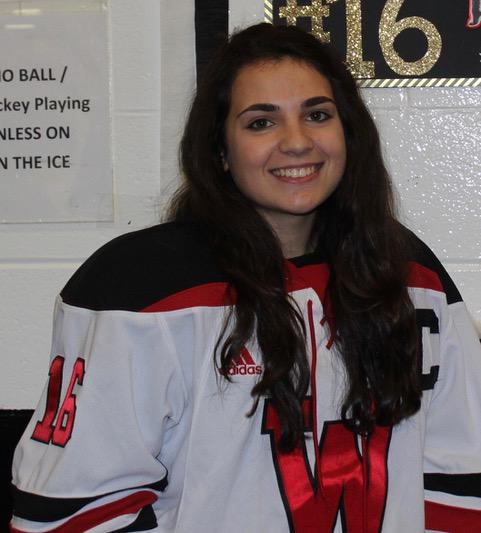 Marisa Doherty (Winchester) will be attending Villanova in the Fall of 2017. 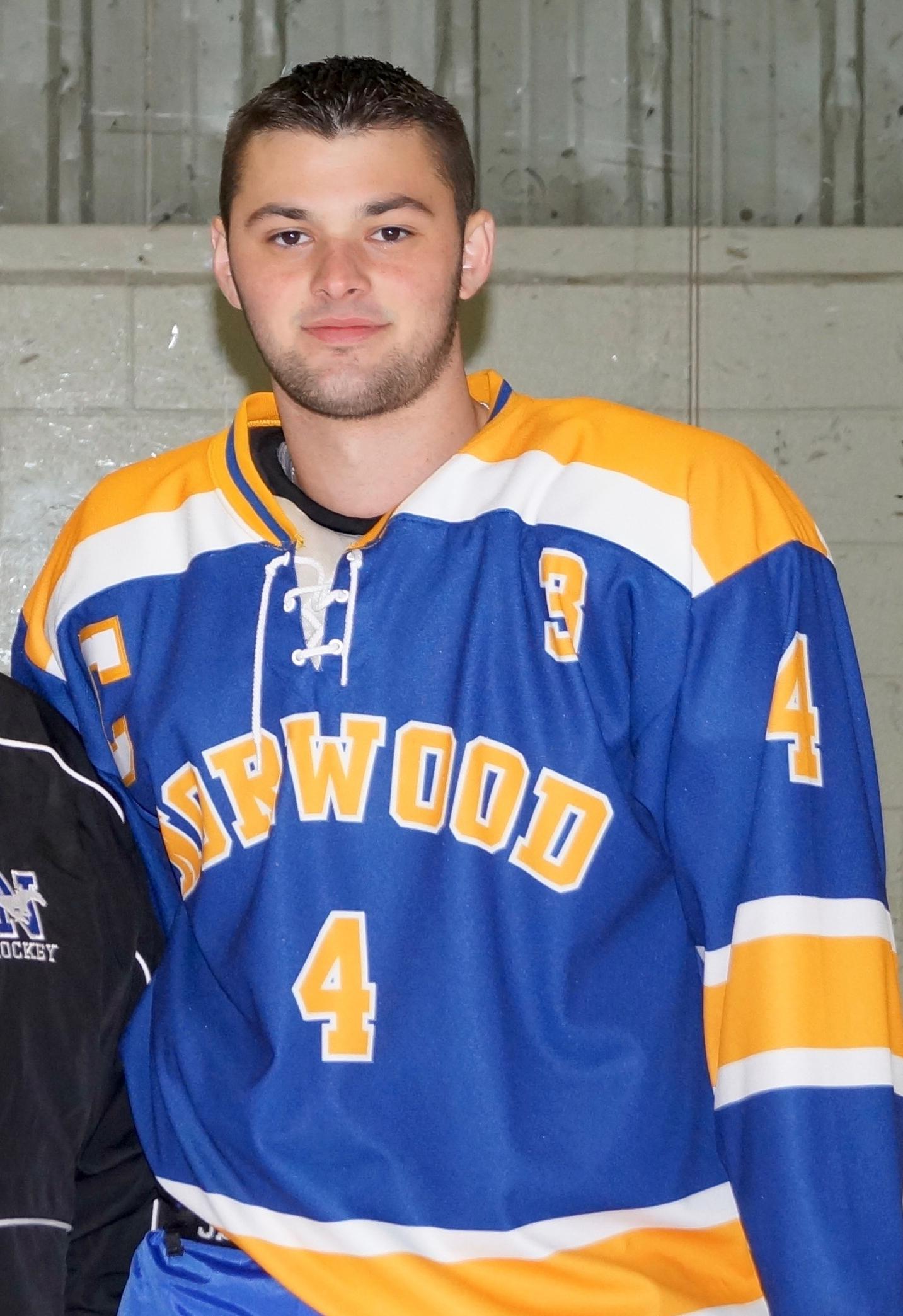 Ryan Johnson (Norwood) will be attending Mass Maritime Academy in the Fall of 2017. 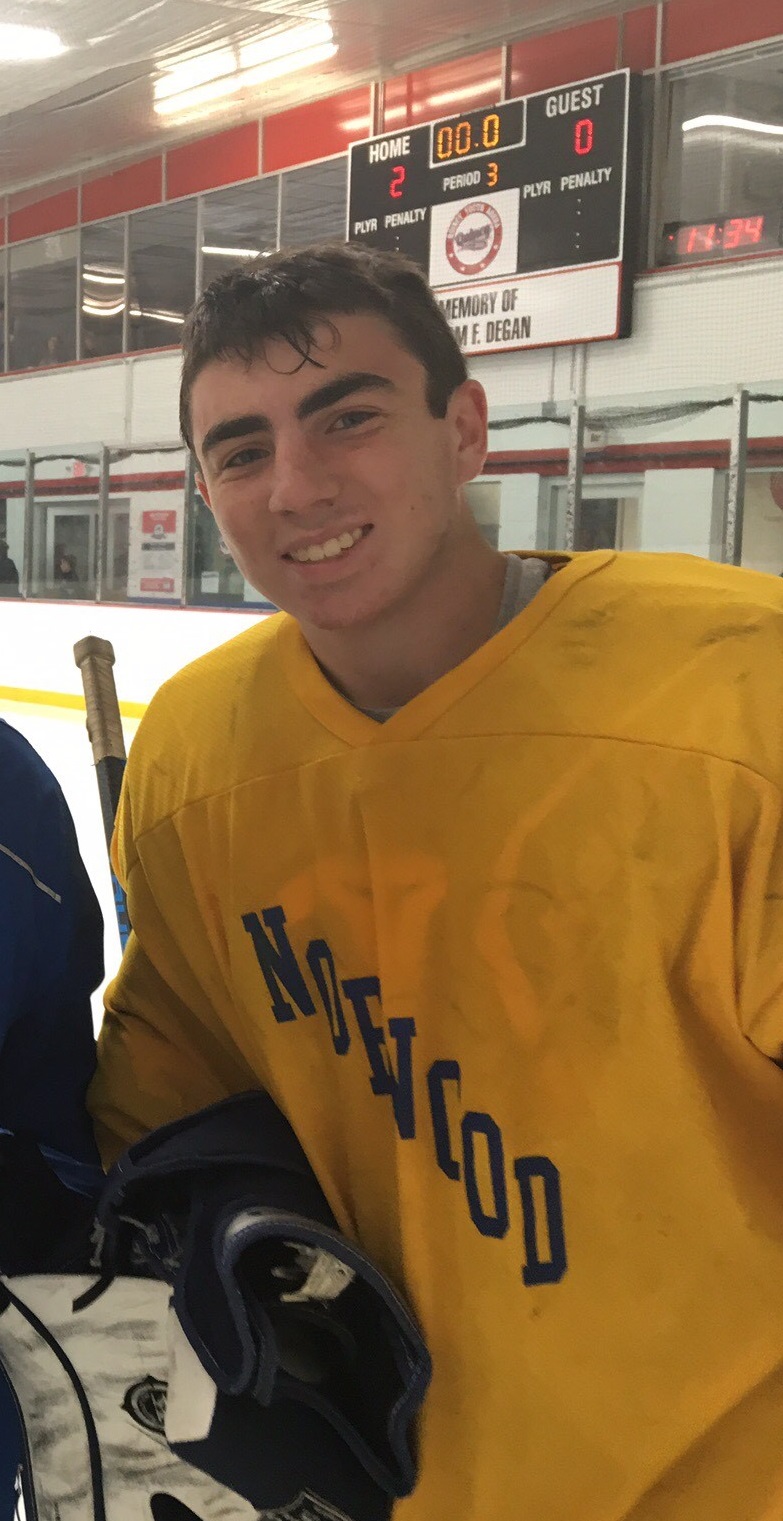 Seamus Kelley (Norwood) will be attending UMass Amherst in the Fall of 2017.