This award has been established by Massachusetts Hockey to recognize and celebrate the principles of good sportsmanship epitomized by the spirit of respect, dignity, courtesy, responsible behavior and fair play, not only in sports, but in all of life’s endeavors.

The five recipients were chosen from an impressive group of applicants. They each will be receiving a $2000 stipend award to put towards their education costs. 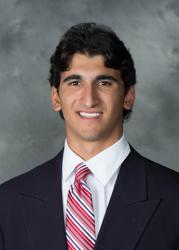 Matthew Beniers, 18,  from Hingham, graduated this spring from University of High School Nebraska. He plans to attend Harvard in the fall.

He just spent the last two hockey seasons playing for the USA Hockey National Team Development program. During the 2019-20 season Matthew served as the team's captain.

“Whether in school, at my job, or just with friends, sportsmanship has helped me to set high standards for myself and has helped me to be a better human being in the community," wrote Matthew in his application essay.

"In the locker room, Matty was the first to pick up teammates, choosing his words carefully and in a direct manner, lined with humor," said coach Michael Moore. 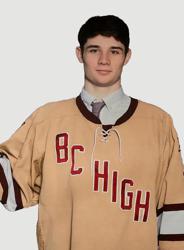 Colman Benson, 18, from Scituate graduated this spring from Boston College High School. He plans to attend Holy Cross in the fall.

He just spent the last season playing for the Boston College High School boys hockey team and served as the team's captain.

“(Colman) understands that the real winners in sports are those who know how to persevere and to behave with dignity whether they win or lose a game," said coach Bob Roche.

"In order to have sportsmanship one must not only be a fierce competitor, but also have honor, grace, and respect. Sportsmanship is an integral part of hockey. This value allows us to battle in a long game against archrivals, and shake hands when the final buzzer rings," wrote Colman in his application essay. 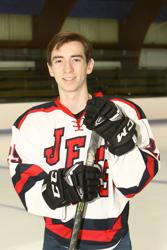 Matthew Leonard, 18, from Lynn graduated this spring from Lynn Classical High School. He plans to study computer science while attending UMass Lowell in the fall.

The Agganis Foundation President’s Scholarship recipient ran cross country and played hockey all four years in high school. The Student-Athlete Award recipient for the Lynn Jets hockey team, he volunteered at Camp Friendship, a summer camp for children with autism.

“With regard to his sportsmanship qualities, I cannot think of a player that I have interacted with in my playing career or coaching career that displays a higher level of respect for his sport, teammates, opponents and officials as Matt does. Matt is a quiet leader and  competitor that wins and loses with dignity and integrity," said coach Michael Stevens.

"I will always remember the final seconds of our season when we scored a goal with four seconds left. After the game was over the entire team huddled for our last game together. There were tears from some seniors, smiles and laughs as we took in the moment," wrote Matthew in his application essay. 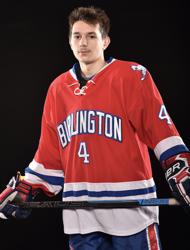 “(Jacob) was a mentor to the younger players on the team and a role model of consistency, sportsmanship, integrity, and loyalty to his family, his team, his school, and his community," said coach Robert Conceison.

"My sophomore year when I was injured early in the season and required knee surgery. As soon as I was able to become mobile, I was with the team throughout the season even though I could not play until the next season," wrote Jacob in his application essay.

Meghan Webb, 18, from Kingston graduated this spring from Thayer Academy. She is planning on studying neuroscience and pyschology at Connecticut College this fall.

She played on the girls' ice hockey team and was a captain for the girls' cross country team. Also, Meghan received the coaches award at the conclusion of the hockey season.

“(Meghan) has shown herself to be a driven, passionate, and caring player and teammate, someone who evinces true sportsmanship in all she does," said coach Brian Cibelli.

"There have been multiple instances where I have faced former teammates and coaches. I love saying hello to each of my former teammates before the game and complimenting them on their playing via text message afterwards. I find it fun to compete against friends that I have once called my teammates because it is a great way to stay connected with them," wrote Meghan in her application essay.

Information for the 2021 Sportsmanship Award Application will be available on the Massachusetts Hockey website after January 2021.

Information for the 2021 Sportsmanship Scholarship Application will be available on this Massachusetts Hockey website.