Nominate Your Arena for 2019 Kraft Hockeyville!

Hockey families know that an arena is like a second home. That's why we want our Mass Hockey communities to rally together and nominate their home away from home to be the 2019 Kraft Hockeyville!

Kraft Hockeyville returns for a 13th season, looking to upgrade local facilities. First prize includes $150,000 in arena upgrades and the opportunity to host a NHL Pre-Season Game in their hometown!

In previous seasons we've seen Massachusetts facilities go the distance in voting rounds. In 2016 Bridgewater reached the Top 5 and in 2017 Falmouth was a finalist for the grand prize.

So nominate your facility today! 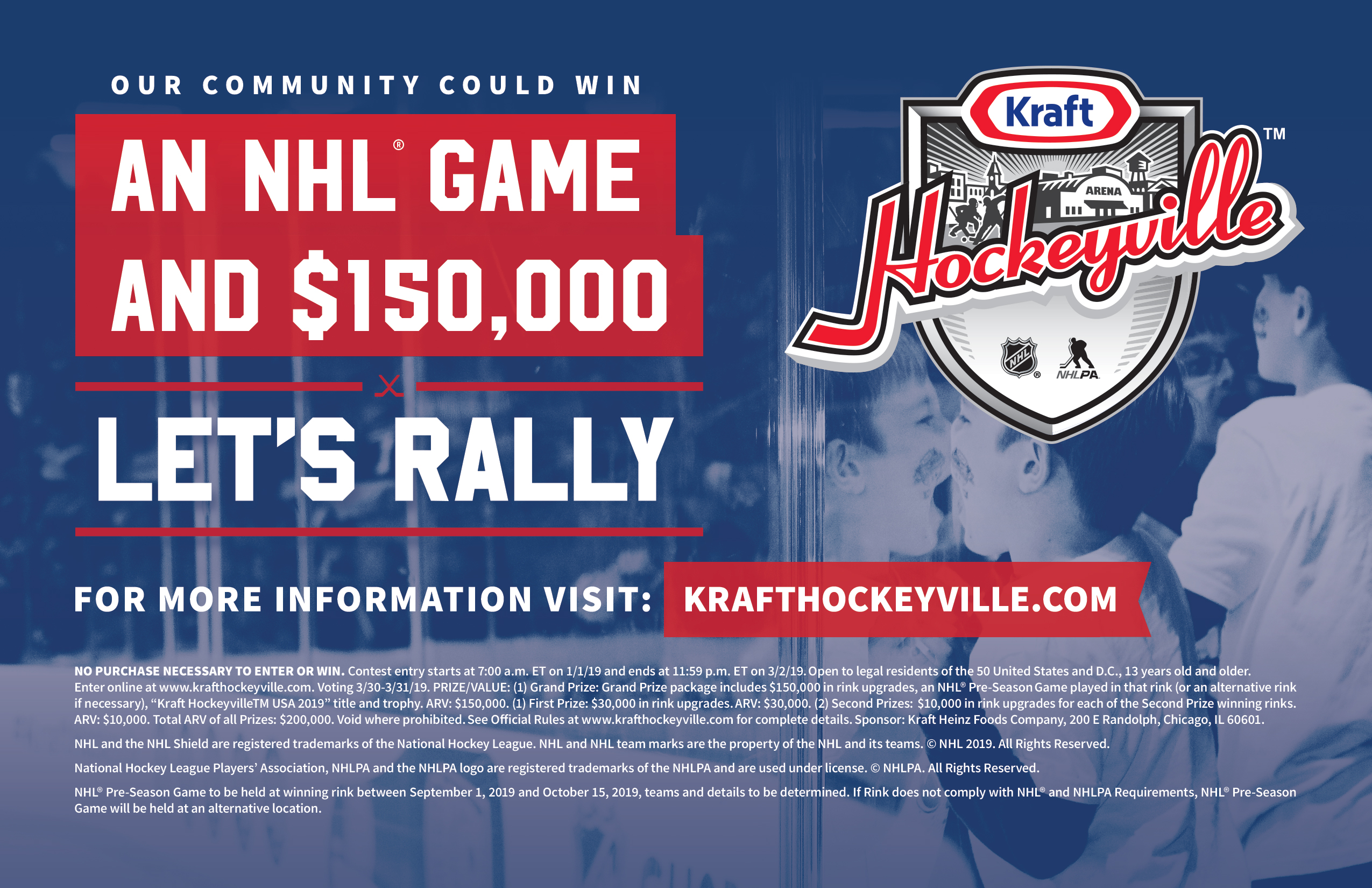