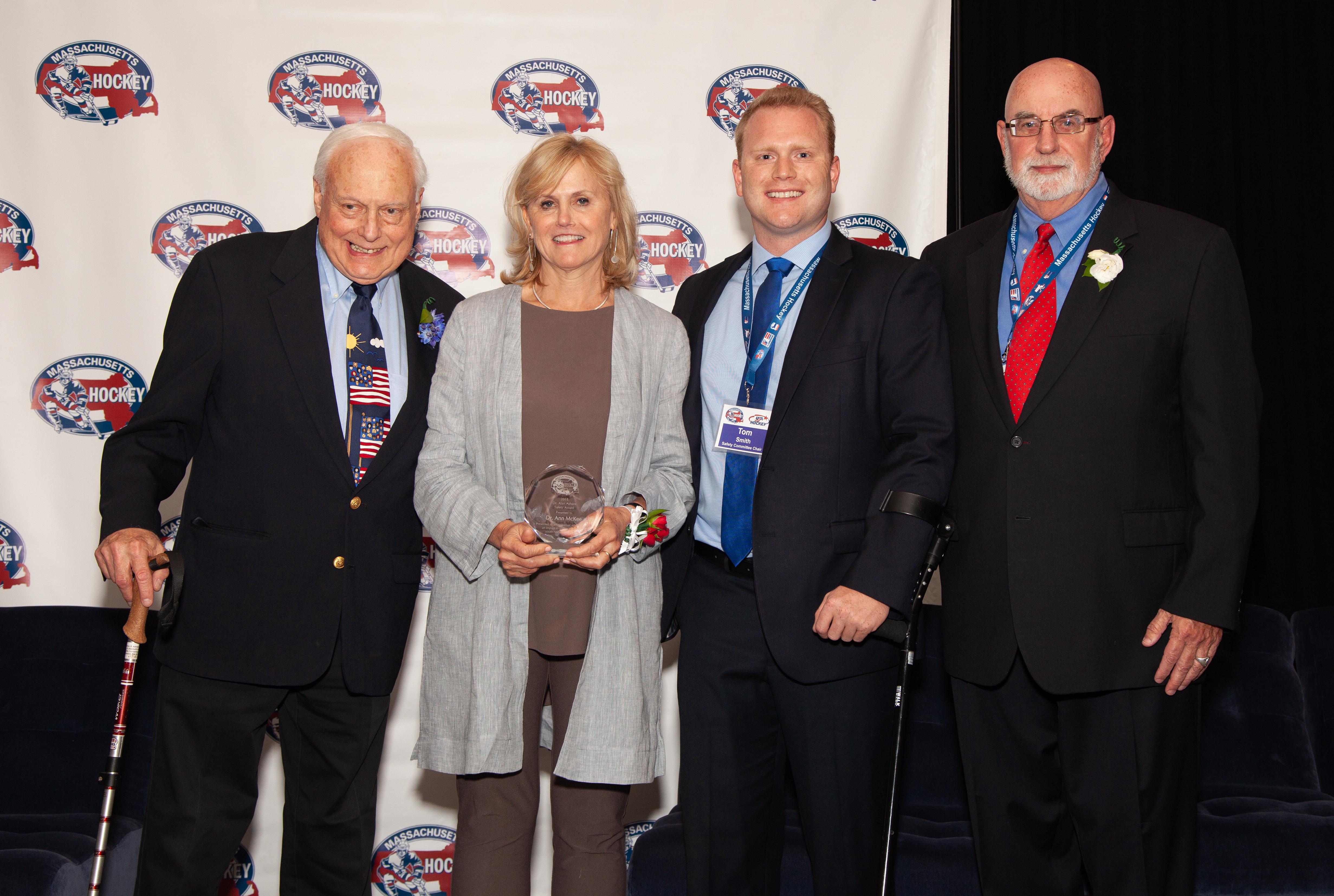 In so many ways, Tom Smith’s story begins with a catastrophic injury in August 2008. Before that, however, he was a promising young hockey player with interest from Division I college programs when he was paralyzed in a hockey accident. A remarkable recovery followed, only to see his return to hockey cut short by an almost incalculable long shot. He was paralyzed again in 2009 in another on-ice accident.

Smith knows what it’s like to lose hockey. And his mission has for quite some time revolved around mitigating factors that might lead anyone to suffer his same fate.

He made a name for himself with a tenacious effort, which continues to this day, to see rinks adopt his Lookup Line, but his charge is now broader.

“I was appointed by the current president, John Tobin,” Smith says of his transition to committee chair. “He saw my passion, my drive, for safety. I’m in this because I want to help prevent and reduce the risk of families having to go through what my family went through because of catastrophic injury. And I’ve been able to work with amazing people like ‘Doc’ Ashare.”

Smith is referring to Dr. Alan Ashare, the Massachusetts Hockey Hall of Famer and the man after whom Mass Hockey’s annual safety award is named.

“I think I’m very fortunate to be in the position to lead the committee,” says Smith. “I have no hidden agenda. My agenda is to let people retire on their own time. I don’t want to have people retiring from the greatest game in the world because of a catastrophic injury. My job is to work with the amazing people at Mass Hockey to ask, ‘How can we extend the longevity of a player’s career?’”

The best thing about leading this program is …

“Being involved in the game and knowing the direct result we have on the player,” Smith says. “I love nothing more than when I know our whole group comes together and provides these different programs to coaches, officials, players and parents, and knowing we have a direct result in helping players. It’s a group effort. By no means is it just me. I’ve just been lucky enough to be involved as chair of the committee because of my ties to everything.”

After the aforementioned Lookup Line, which gained Smith a great deal of attention for its creative and conspicuous approach to making a significant impact on safety in hockey rinks, Smith says his next big splash was the “Concussion Card.”

Former Harvard football player and co-founder of the Concussion Legacy Foundation, Chris Nowinski, is on board with that initiative.

“We got about 15,000 cards made and distributed,” Smith says of the wallet-size cards. “When a player gets hurt, a coach, a player or an official can ask the questions on the card, and we’re seeing direct results from that.”

The committee is also working toward keeping athletes healthy off the ice.

“We have a whole nutrition program with the Bruins’ nutritionist, Julie Nicoletti,” says Smith, ticking off the initiatives. “You have the concussion card. You have the Lookup Line Safety Program, which Governor Baker mandated in the state rinks and Mayor Walsh mandated in the Boston ranks. And you’re seeing these things evolve.”

The committee aims to roll out, among other things, a “Stop the Bleeding” program.

“Along with Doc Ashare and other members of our safety committee, it’s basically centered around applying tourniquets to a player that has been cut,” Smith says. “You don’t have to go to medical school or even know CPR to be able to do some of the little things that could be life-saving that we are coming up with.”

Like the current programs underway, some of the committee’s upcoming plans are also geared to life away from the rink.

“We’re in the process of a drug awareness program, and we’re teaming up with different major institutes to create a curriculum that will educate players, coaches and parents,” says Smith. “It will be do’s and don’ts, but more than that. One that comes to mind is that we sat down and bounced some ideas around with Kevin Stevens’ group, Power Forward. We’ve had talks with a couple other influential and established programs, too.”

And, next summer, Mr. Smith is going to Washington.

“In June 2019, we will be talking about the Lookup Line,” he says. “We’re trying to get other states and governors on board. The concussion program is on our forefront.”

“I have an appreciation for hockey I think is greater than someone who can play it,” says Smith. “You don’t know what you have until it’s gone. I have such a passion and an affinity for safety because I want people to be able to enjoy what I can’t. I know what it’s like because I was there, but I didn’t decide [to leave the game] on my terms. It’s the worst feeling in the world. I don’t want that to happen other people.”