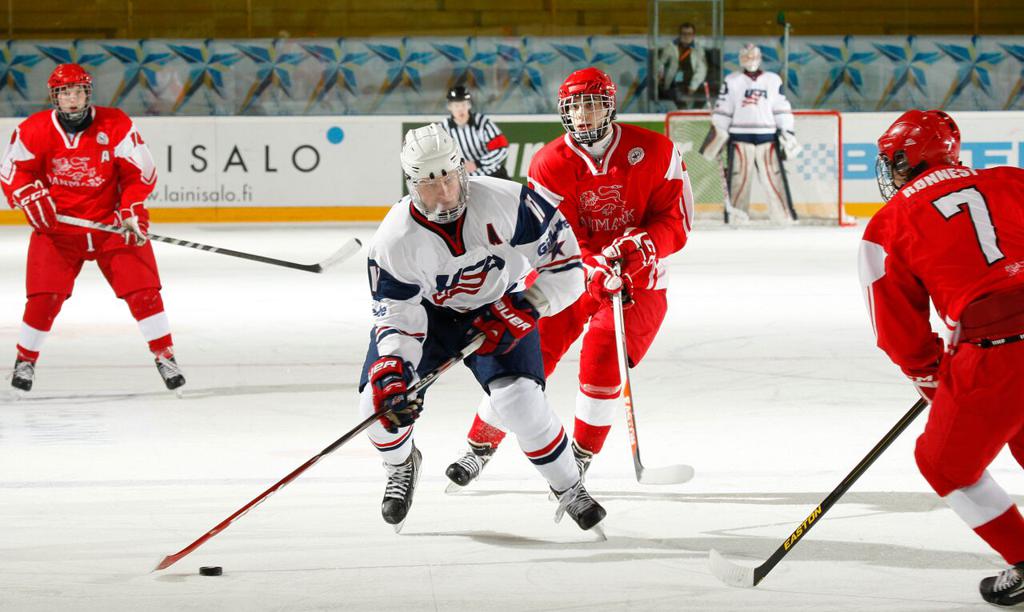 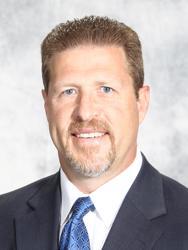 Stickhandling like Jack Eichel isn’t  easy. But if you're looking for a hockey star to emulate, the Massachusetts native and NHL captain is an excellent place to start.

He’s also worked incredibly hard to get there.

We took a look at a handful of examples from Eichel’s 2018-19 highlight reel and asked his former U.S. National Team Development Program coach, now the head coach of the Michigan State Spartans, Danton Cole, about what makes Eichel so special and to break down the highlights.

“I think (Jack) sticking out was an understatement,” says Cole. “Jack came [to the NTDP] with an incredible amount of ability, work ethic and desire to get better. The strength and power that he has, it was very evident even at that point. He can protect the puck and create space and make plays. One thing younger guys aren’t always good about is being strong on the puck but Jack was an exception.”

Cole says that Eichel, rather than being worn down by checking lines, could wear down all opponents with his ability to keep the puck to himself.

“I can only imagine playing against him and how hard you have to work just to have an OK shift.”

On to the stickhandling highlights ...

If anyone is wondering what it means to underhandle the puck, watch the replay of this power play goal set up by an Eichel shot from the point. He takes the cross-zone pass and within a second has the puck off his stick and on goal. Former University of Maine goaltender Jimmy Howard can’t quite corral the quick shot and Eichel’s teammate pops in the rebound.

“It’s tremendously important [to be able to underhandle the puck],” says Cole. “If you look at the size and the speed and the strength of the guys, and how fast the game in the NHL is played now, you’re talking fractions of seconds to make a play. If you’re going to catch it on your backhand, then stickhandle it over to the forehand, you’re going to get a lot of those shots blocked. But, if you can get your body around it, and get it right on your forehand and get it prepped to shoot as soon as you receive it, those guys are better able to score or create another half second to find something. Jack’s power and that combination with his hands and his hockey IQ give him some time and space that a lot of other guys don’t have.”

Actually, watch the entire clip, right through to all the hugs for Eichel’s game-winner, but watch closely at 1:01 for the close angle and pay attention to both his feet and is head. Eichel’s excellent balance is on display as he pivots from skating backward to forward while stickhandling — and keeping his head up to see both the play and gauge his space between the defenseman and a backchecking American Phil Kessel. To keep the puck away from both, Eichel, driving at the net to a dangerous area, keeps it far outside his body to make room for a shot. The OT game-winner.

“You look at the guys that handle the puck and have it a lot, like Auston Matthews or Pat Kane, who also went through the [NTDP], look at their feet,” Cole says. “Their feet are moving and they are creating angles and lanes, and they make defenseman move. It’s a pretty advanced skill. Your hands are moving, your feet are moving and you have to have your head up. But it does create offense. Jack is a little different because he can drive D-men back and his acceleration outstanding. It’s a bit deceptive because he could look like he’s in a half-glide and, two steps later, he’s 10 feet away. Not everybody has that.”

If you can freeze the frame, try to do so at :31. That’s where you can see Eichel’s crazy stickhandling radius. This turns out to be an absurd snipe, but, to many, the key to this is an ability to handle the puck from anywhere it can be reached.

“There are a thousand different ways to work on this,” says Cole of increasing a player’s stickhandling radius. “A lot of it is repetition, but I think it’s also quality repetition. Just because you can do stuff doesn’t mean you’re going to get better at it. You can go out and hit 100 drives and 99 of them are slices. You do have to have a purpose to it. But that’s what training is. It’s how your brain works. You have to go through those things and go through the reps. And then you get better.”

With his hand turned over to take an O-Zone draw, Eichel chips the puck through his opponent’s legs, skates around him and passes across the crease — with his hand still turned over — for a bang-bang goal. Something like that only works in the NHL with some gifted hands at high speeds.

“It’s kind of funny to talk about working on your spontaneity,” Cole admits. “But you do. You put yourself in those situations. Certainly, the guys with that ability and talent, you want them to try those things. That’s something where you set the other centerman up. It’s a confidence thing and a skill thing to be able to pull that off. But guys who get to that level can do things that other guys can’t. And that’s what makes them fun to watch.”

In the replay, keep an eye on Eichel’s top hand as it rolls forward, then quickly backward, which results in a hard sell of the forehand-backhand and sets up a shelfed backhander. The slo-mo gives a better sense of how east-to-west Eichel can go in tight places, along with the ability to elevate the puck. So much of this is a result of the top hand action.

“The better stickhandlers, they are real strong with that top hand,” says Cole. “We will do some top-hand stuff in drills. But, again, that’s where Jack, with his strength and hands, can do that. The other thing with Jack that you can see is that he can have the puck pretty far away from his body and shield a guy off because the top hand is so strong, and he can still have really good control. Not everybody can do that.”

Again on the backhand, but note the extension of Eichel’s arms when he sauces this puck across the crease on an assist, and also how quiet his hands are in almost effortlessly flipping the puck from his backhand on the release. We’ve seen Eichel work with his arms extended farther, but to be able to flick the puck with such precision and economy of motion is impressive.

“It’s not an easy thing, but it again is repetition,” Cole says. “If you get them a skill acquisition age, they can work on those things. That’s when the body is primed and built to learn some of those things. That’s the key, to get them at the age where it is most beneficial. If you wait until they’re 17 or 18, then you’re really challenged. USA Hockey has done a great job of coaching education around getting the right processes at the right time for some of that development.”

You can talk about underhandling the puck or overhanding the puck, and there is also the perfect combination of the two. On an empty-netter earlier in the year, Eichel touched the puck only a couple of times after blocking a shot in his own end and taking the puck from zone to zone. Rather than stickhandle, Eichel, with some of the best hands in the world, pushed the puck where it needed to be and skated to it. In this case, he calmly holds the puck away from a defender without any stickhandling until he has to. And then sneaks in quick touches to freeze a goaltender. He’s also skating without taking strides.

“With the NTPD, we did tons, and we do at Michigan State, as well, tons of small area games,” says Cole. “We used to play a four-on-four game where they couldn’t handle the puck on the backend. They had to get around the puck to the forehand. It was doing different things to make you think and make your feet and hands move at different times. There are a lot of different things you can do, but small area games are outstanding for putting the focus on certain parts of the game and having that situation 100 times more than you would in a normal game. Your body learns and your brain learns a lot quicker when you can do that.”