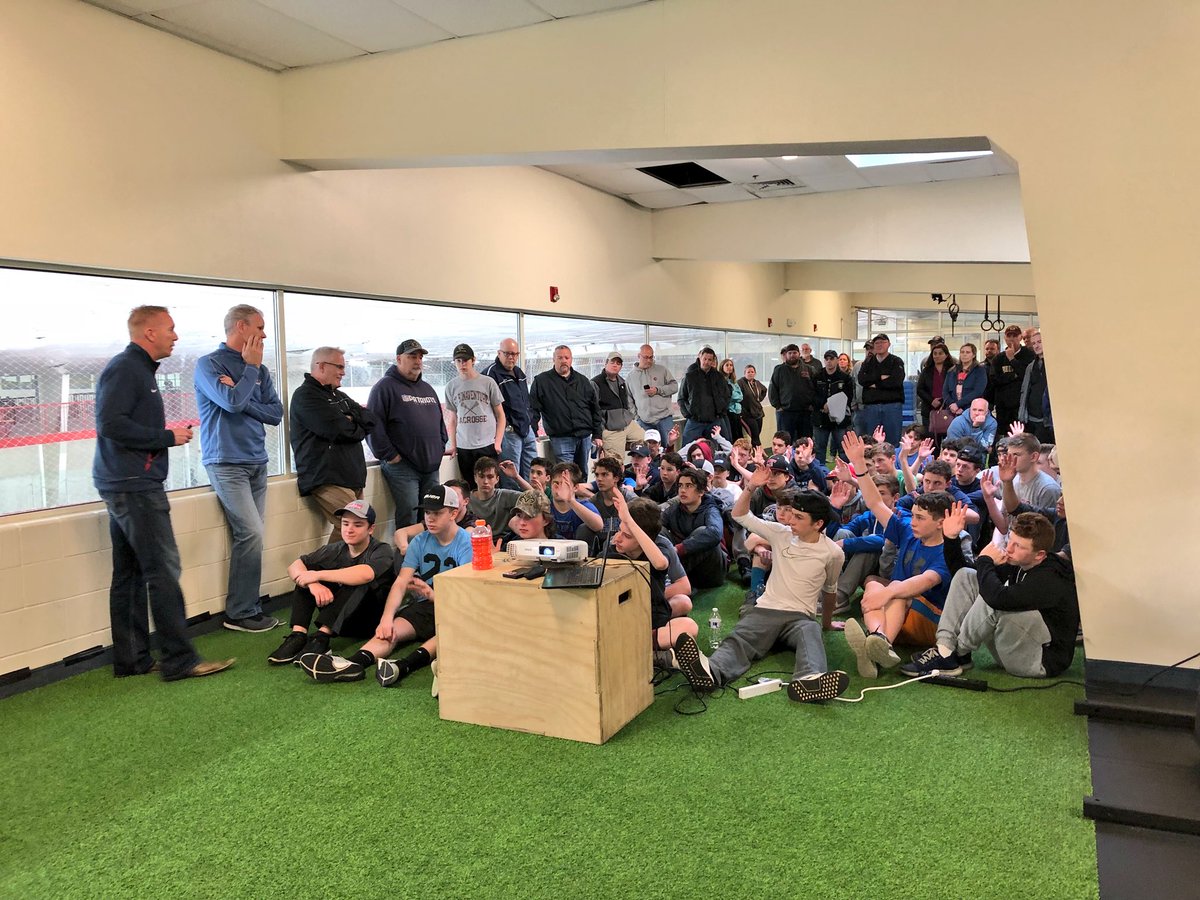 Earlier this month, 23-year-old New York Rangers defenseman Neal Pionk took a puck from behind his own net and, with pressure bearing down on him, whipped up a spin-o-rama within a few feet of his own net in a 3-3 tie game.

The clip went viral, of course, leading to what could have been a referendum on what constitutes a mistake in hockey these days.

In the eyes of Kenny Rausch, the former Boston University standout and current Director of Youth Hockey at USA Hockey, this was no mistake, and he let the Twitter world know.

This is great. How many youth coaches would yell at him for trying a spin o Rama in the d zone?? Let them play and figure it out! https://t.co/8CAcAHhTzz

Rausch is part of a vanguard movement to not only embrace mistakes, but also to encourage them. In his worldview, along with a growing number of others, outscoring mistakes is a whole lot more enjoyable – and important to player development – than eliminating them.

“Especially at practice, if you’re not allowing kids to try things where they might fail, they are never going to succeed,” he says. “A player who learns to play safe will restrict their ceiling for sure.”

A 2-1 win is not Rausch’s cup of tea. No, he’d like to score seven. In fact, he’s set that as the goal for his high school team. And if the other team scores eight, so be it.

“Are they going to do it every game? No,” Rausch says. “But they have to be creative and take a lot of risks to score seven goals. I know I’m making them better hockey players, and people, by allowing them to try their own things and succeed – instead of being robots on the ice. And, quite frankly, the kids have way more fun doing it.”

Still, making mistakes isn’t always fun for players. Mistakes can sting. Mistakes can lead to players putting unnecessary pressure on themselves. According to Rausch, it really doesn’t have to be the case, and he has an interesting turning of the tables for a player who commits a mistake that ends up in the back of his goaltender’s net.

“I say, ‘Learn from it … and you owe your teammates two,” says Rausch, who played his college hockey for the legendary Jack Parker and remembers the high-scoring Hockey East days when his Terriers once allowed 14 goals during a weekend series against Lowell and walked away with a win and a tie. “I didn’t care if they made a mistake. If the kid tries to spin-o-rama and that doesn’t work the first time, next time, he might figure out how to make it work.”

Rausch hasn’t necessarily always preached such freewheeling hockey. And he understands there are coaches who are thinking about wins and losses. He just doesn’t buy that players are best served by looking to grind out that 2-1 win with safe hockey. Rausch credits longtime friend and Babson head coach Jamie Rice for helping his own evolution, along with Bliss Littler, now with the Wenatchee Wild and the one who shared with Rausch the idea of coaching his players to outscore the mistakes.

“Unfortunately, with sports being the billion-dollar industry that it now is, too many parents and too many coaches are still measuring success on wins and losses,” Rausch says. “We know by now that not everyone on a 12-year-old team that wins every game will become a professional athlete. So we have to be athlete-centered and not outcome-centered. Let the kids try things and fail and learn and develop.”

Coaches can help their players take steps toward that development by not punishing mistakes or the experiments that might have led to mistakes. That may mean more small-area games where decisions and puck movements have to be quicker, including the under-handling of the puck. Under-handling the puck and moving it quickly isn’t easy, either, and it likely will take players some trial and error to get it right. Small-area games set that stage.

Ultimately, the more a player can learn through making mistakes all over the ice, the better for his or her development.

But when is it time to start coming down a bit harder on player mistakes? When should a coach start talking about making sure his or her players are playing it safe?

“In Game 7, triple overtime of the Stanley Cup,” Rausch says with a laugh. “We don’t take a timeout every 30 seconds and draw a new play in a huddle. It is a read-and-react game of constant mistakes. It’s about who can overcome them or capitalize on them. Unless you’re in Game 7 in triple overtime and a mistake is going to cost you, it might be OK to play a little bit safer in those instances. But somebody still has the score a goal.”

And if you find yourself coming out of your own zone and pressure is bearing down on you, give a spin-o-rama a try. Just think, if Neal Pionk was trying his first spin-o-rama in a tied NHL game at the age of 23, that might have been an entirely different and much more unfortunate mistake.