What is Massachusetts doing to support 51 in 30? 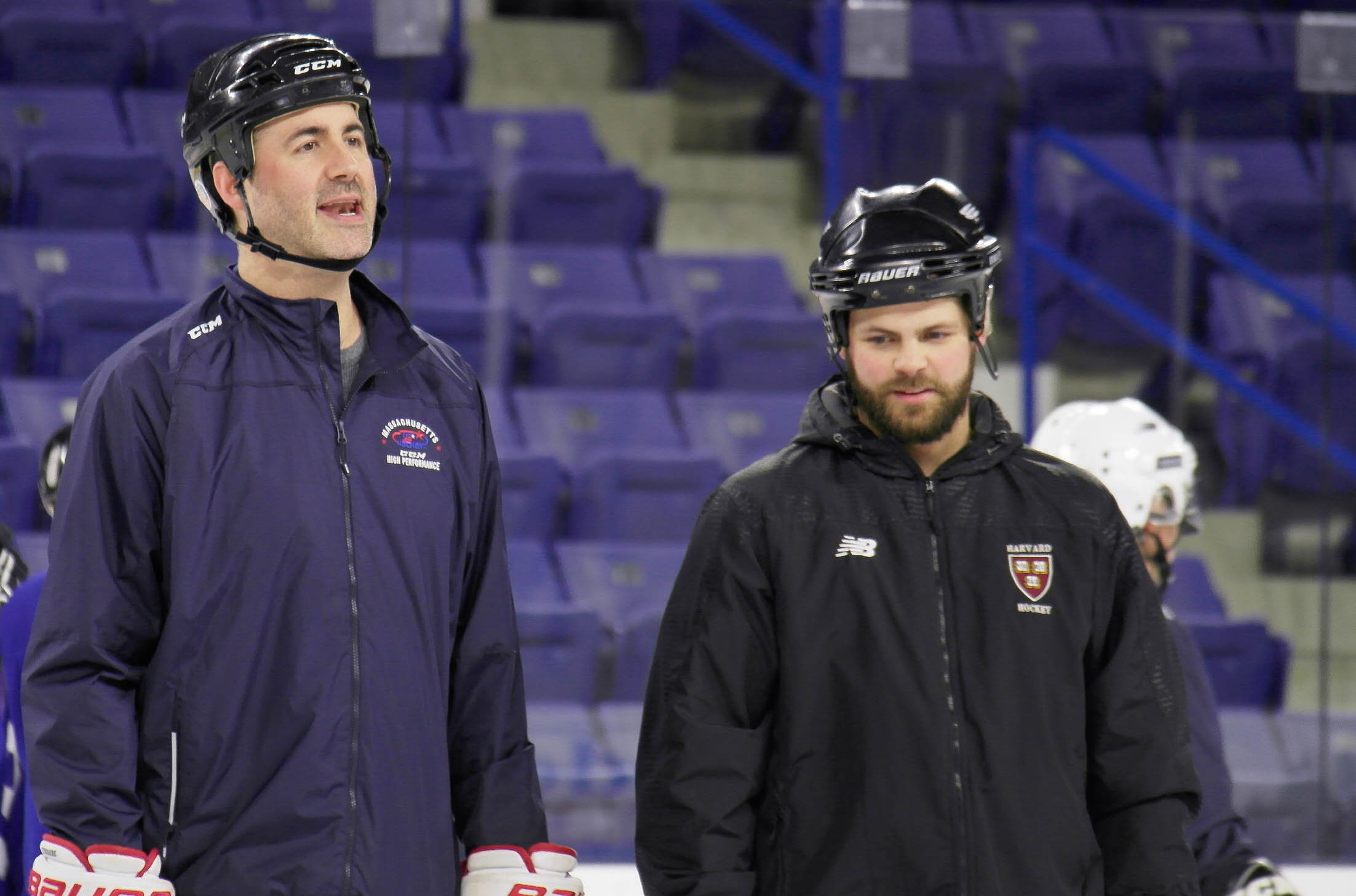 To this day, thinking about success as a goaltender—the kind of elite, crowd-pleasing goaltending that changes games—gives Eklund chills. (But more on that in a bit.)

Back in October 2017, Massachusetts Hockey hired Eklund and Robinson to help lead the state initiatives supporting USA Hockey’s bold vision of seeing 51 percent of all NHL goalie minutes played by American-born athletes by the year 2030. It’s called “51 in 30,” and, in Eklund’s assessment, that’s unlikely without a healthy contribution from the Bay State.

“If 51 in 30 is going to happen, Massachusetts is going to have to start picking it up,” says Eklund. “But the 2003s are going to be 26 in 2030, and those kids are already in high school. So the reality is that we’re trying to make a difference at Mites and Squirts, trying to find talented kids. We need to think long-term. How do we make the changes now that will have long-term benefits?”

The best thing about this program is …

When it comes to goaltending, Eklund, who played college hockey at Brown before going on to play in the East Coast Hockey League, the American Hockey League, and one game for the Tampa Bay Lightning, is admittedly biased. Not only does he appreciate what it means to be a goaltender, but he also believes it’s the most challenging position in all of sports. And he’d like nothing more than to churn out goaltenders at every level.

“I love it,” he says of his role. “I’m getting chills right now thinking about it. This is the one position in the sport where you can make such an impact that an entire building will chant your name.”

So, when his playing career ended, he set out to make the world a better place for young goaltenders.

“[My career] didn’t end on my terms,” says Eklund. “And I have made it a personal mission to make sure some kid that I could influence can go farther than I could. That was my mission from Day 1. And it still drives me. I get excited about seeing a kid, the first time he butterflies to make a five-hole save, and he has that smile on his face. That’s what this game is about. It’s not about the scholarship you’re searching for as a Squirt or Peewee.”

For Eklund, the idea is simple. He’s focused on how Massachusetts’ programs can increase the number of players who are introduced to the unique thrill and challenge of playing goal.

“We need more kids who want to play,” Eklund says. “And more kids need to be developed.”

In a position where so much as getting dressed can be a daunting task at the younger ages. That’s why Eklund is a believer in QuickChange goalie pads (which Mass Hockey subsidies) that help give more players more opportunities to take a turn between the pipes. In the past year, nearly 100 sets have been sold.

“The second thing we kicked off this year is intermediate nets,” says Eklund. “One of the biggest issues I see at the Mite level is a goalie who might give up [a bunch of] goals and think, ‘Why do I want to do this?’ And it’s understandable. But if we can get intermediate nets, maybe the kid wants to do it again. If we can get that second or third try, long term, we’re going to find talented youth players.”

“Instantly, there is this taboo idea that goaltender is some oddball position that takes extra time and that few people understand,” says Eklund. “That part of the education piece, we need to tackle.”

Being a goaltender isn’t always easy for parents, either.

“They feel judged, too,” Eklund says. “It’s a really complex issue. This is going to take time. This is going to be grassroots and going out there and talking to parents and coaches and kids and trying to make a change. We also need to start thinking about how to work with parents. I think we need to create educational-based classes so that parents can understand goaltending.”

Eklund would like to see within every organization a head of goaltending. From there, he’d like to see every team with an assistant coach dedicated to their goalie.

“And that person doesn’t have to be a goalie,” he says. “But if it’s somebody who can help work with the goalies, that’s the right step. We also want to create a database of drills so that we can teach them and re-emphasize over and over again. If we can get that on a daily basis and be able to work from the top down, that will be a great step for the natural development of the goalie.”

Too often, kids or parents or coaches overlook the possibility that a player, no matter whether he or she is flourishing at a different position, might just love being a goalie. And there no particular body type or level of athleticism apart from playing out that separates goaltending.

“If you can deal with success and failure, and you’re OK with success and failure, you can play this position,” Eklund says. “It is difficult and it takes a certain type of person who can deal with failure. A lot of people only want success. But, if you can be mentally tough and realize this is part of development and part of getting better, then, yes, you can absolutely play this position.”

Click here to see more information on the Goaltending Development in Massachusetts. 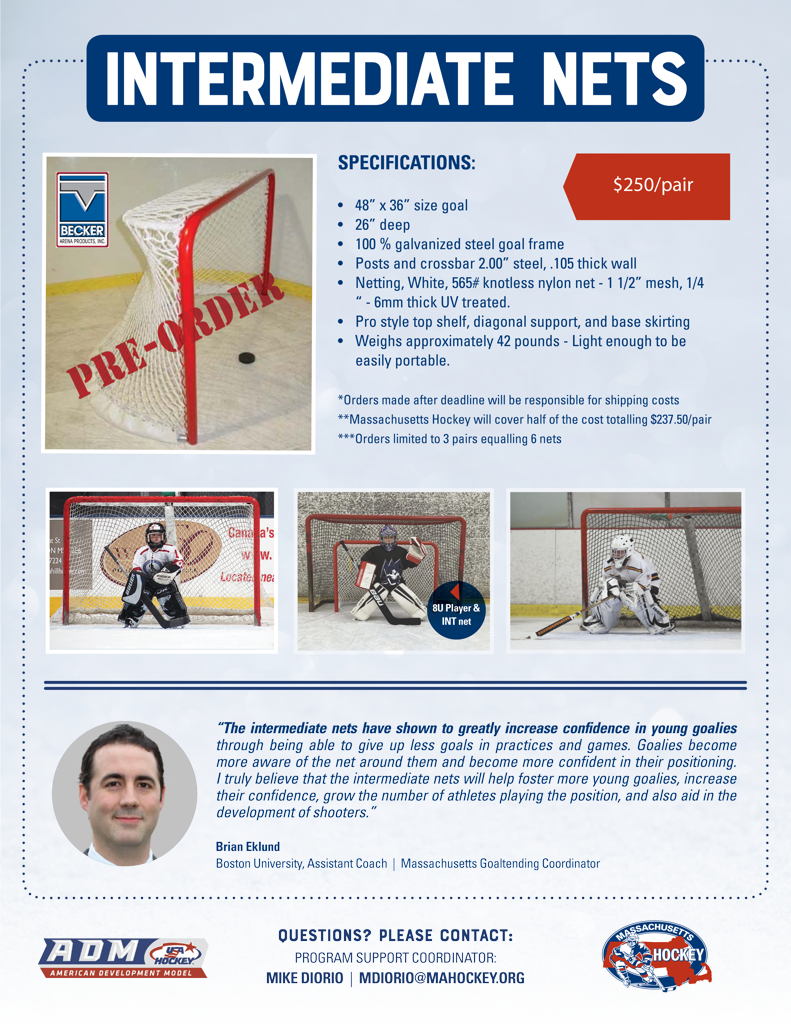 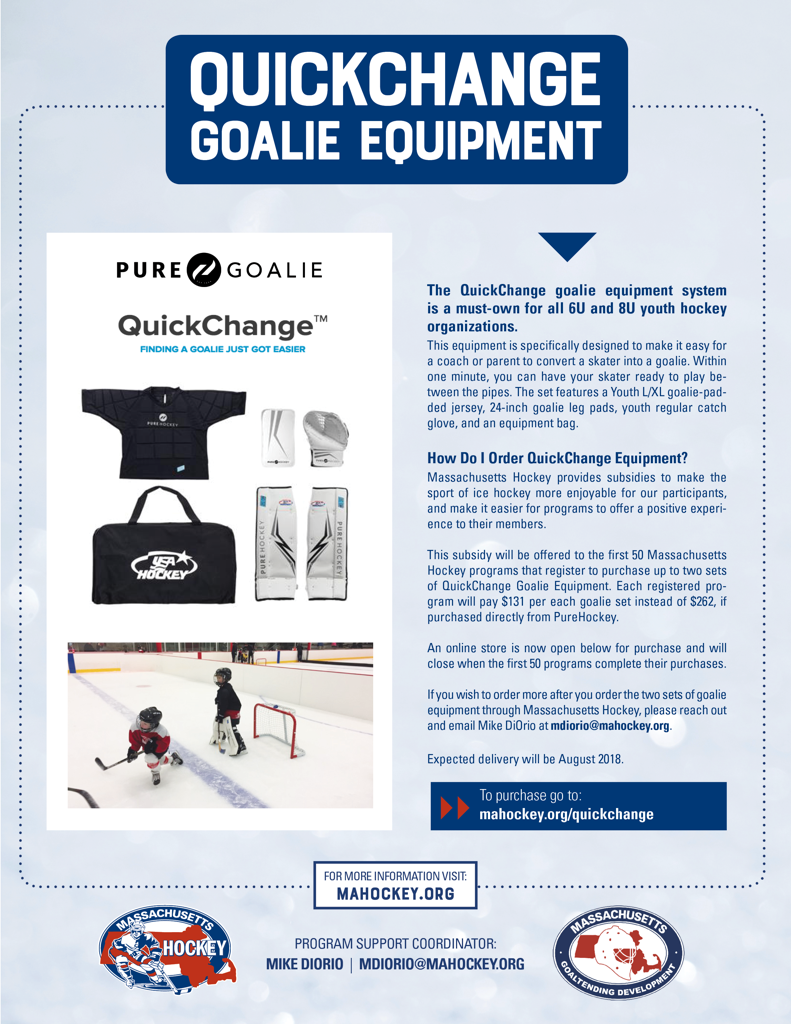