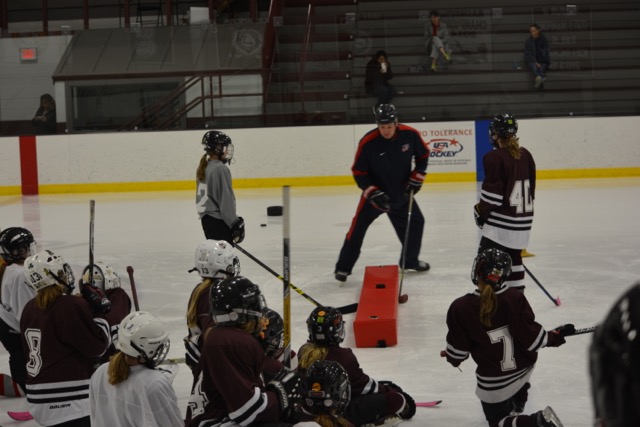 There's no question, when it comes to team selection, everyone wants to make the top team. The A-team.

But should that really be the focus? When it comes to teams, does it matter if you're an A-player or a B-player?

“More often than not, those kids should be practicing together,” he says. “The analogy would be that if I’m not quite as good a math student in high school, I don’t get to go to school as long as a really smart kid. That doesn’t make any sense. You have to be cognizant of where players are in their development. As far as the amount of time, the instruction, the experience, the number of touches and repetition, it should not be any different based on a kid’s ability. At a young age, you have to give every kid the opportunity to reach his or her goals, dreams and aspirations.”

One way to do that is to look at hockey through the players’ sets of eyes and taking a look at those goals, dreams and aspirations, then thinking about how an individual player can get there.

“I think there’s too much emphasis put on what the team does, and not enough emphasis on what the individuals on the team are doing,” says Grillo, who spent 12 years as the head coach at Brown University prior to working for USA Hockey. “It doesn’t matter how good the team is. As a player, it doesn’t mean anything to my own future success. It’s more about, ‘Was somebody cognizant of age-appropriate training and my passion and allowing me to reach my goals?’”

“You want the player playing in an environment that is relative to their ability,” Grillo says. “I think there are initial disappointments, and that’s normal, but, long-term, I don’t think it’s an issue as long as the association those kids are in offers the same experience regardless of the letters next to the team name.”

Parents and families can help with this process, too.

“Make sure they are having fun. Handle (not making a team) with class,” says Grillo of the role adults play in a youth player’s learning to navigate perceived failures.

“It’s OK to fail,” he continues. “There’s nothing wrong with failure. In fact, it’s necessary for development. If you don’t make that team you wanted to, that’s OK. There’s a reason for that. The reason might be that you’re not ready to go into the deep end yet. And there are things to be working on. You’ll still have fun and it’s going to be OK – maybe something a little different than what you had planned, but that is also OK.”

In the right programs, the B team is just as much an opportunity as the A team or the C team. That evenness of the experience and egalitarian approach also serves to remind both players and their families that there will be no suffering from negative consequences once they arrive at the rink. Their ceilings, especially at the younger ages, don’t have to be affected in the least.

“To be on the bottom half of an A team, you might be better off in the top half of a B team and feel good about what you’re doing,” Grillo says. “The biggest misconception, and I’m talking about 12 and under, is that if my kid plays with the best and against the best, that will allow him or her to be the best. It has nothing to do with that. At the younger ages, it’s about having fun and working in the windows of trainability and what they need at a young age. That’s it.”