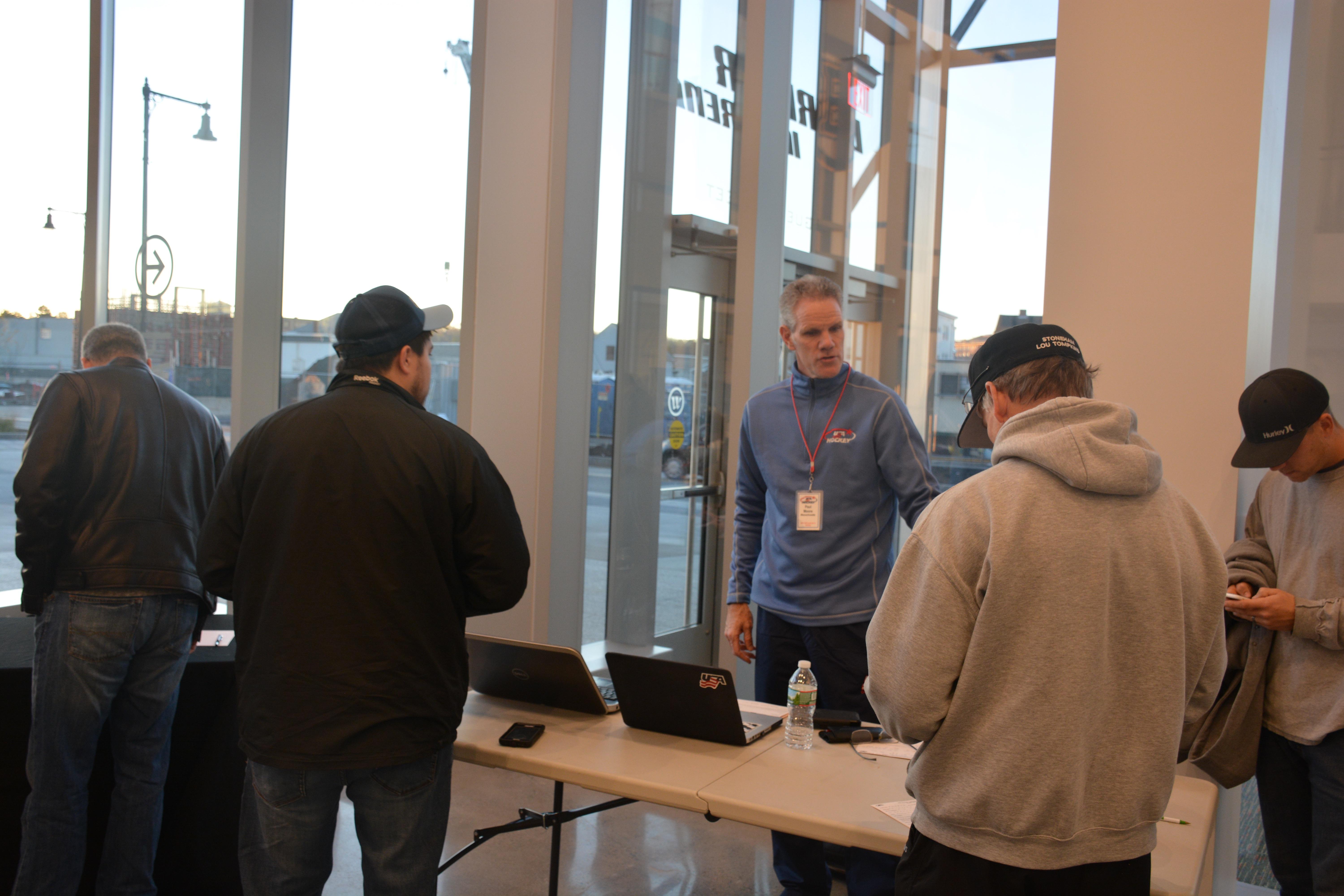 From player to coach ...
In some ways, Paul Moore’s coaching career began by happenstance. After his playing career, which took him from Falmouth to ECAC championships at UMass Dartmouth (then SMU) and all the way to the IHL with a few New York Rangers training camps along the way, he returned to the Cape to work for his family business and coach some hockey with the Clippers and his legendary former coach Buddy Ferreira.

But to hear him tell it, Moore had always enjoyed teaching. As a high school player, he was working with learn-to-skate programs. And he admits he may have missed his calling as a teacher. All these years later, however, after 24 years on the bench with Ferreira and another six a the head coach at Falmouth himself, Moore has made coaching his life’s work in so many other ways.

“It goes by quick, but it’s been a long time,” Moore says. “I always liked teaching. I just loved seeing the kids skate at a young age. And I had some great mentors, too. I always felt like I wanted to learn more about the game as a player, but the biggest draw was teaching the kids.”

Back in 2005, Moore was asked to serve as the “ACE” coordinator in District 5, hosting coaching clinics, and things took off from there.

“I eventually bothered the guys at USA Hockey enough to get a clinic in Falmouth,” he says. “So I started doing my own clinics in Falmouth back in 2008, and I started speaking at all of them. One thing led to another and here I am the Coach-in-Chief.

What’s working right now …
Many initiatives have come to USA Hockey over the past few years, the American Development Model chief among them, along with taking checking out of 12U, the latter of which Moore says may be misunderstood.

“What we really want to see is more contact, more traffic, more duress, at a young age,” he says. “We want to see more of that but not the checking.”

Generally, while there is always work to do, Moore is pleased with the state of coaching education

“I think we are in a really good place right now,” he says. “The modules are really good, and they keep getting better and better. And we put a lot on our coaches. We ask them to do a lot before they start coaching. It’s a lot, but I think our coaching education program is second to none in youth sports. I think we have a lot to offer.”

“We try to get coaches to understand that the game we grew up with in the ‘70s and ‘80s has changed,” says Moore. “Especially how the kids learn. And how we teach them. But keeping it fun is crucial. That’s a big responsibility these coaches have.”

The curriculum is also changing with the times.

“We have changed all of our Level 1s, 2s and 3s,” Moore says. “The adult learner does not want to sit in a room for five hours and stare at a PowerPoint. So we have really changed how we deliver the clinics in the last few years, and it makes for a much better clinic. The guys who are at the front of the room now are more facilitators and getting people involved. It makes for a much better learning experience.”

What’s coming in the future?
On the immediate horizon, Moore is looking forward to the 2018 Bruins Academy Coaching Symposium. Which includes almost 300 coaches earning their Level 2 & Level 3 clinic certification and listening to the Bruins staff speak before Bruins morning practice.

Moore will have another excellent lineup at the USA Hockey Level 4 Coaching Seminar, including speakers like Babson head coach Jamie Rice and UNH associate head coach Mike Souza. He’s also bullish on the future of coaching programs both at the national and at the local level.

“The passion and the knowledge that these people bring with them before they even touch the ice is fantastic,” says Moore. “We are educating more coaches than ever and more coaches are getting involved. Let’s face it, we are all volunteers and the more we can get the better of these kids are going to be. Setting good examples for their towns and their programs. I think the future is awesome in the coaching education program.”

The next big thing ...
Not only is Moore bullish on the future of coaching education, but also on one of the more ambitions initiatives in USA Hockey history. It’s called “51 in 30.” The goal? To have 51 percent of the minutes played in the NHL and NWHL played by Americans by the year 2030.

“It’s really aggressive, but it’s really neat in our delivering it,” Moore says. “We’re going to have bronze, silver and gold coaching education clinics just for coaches who want to have the goaltender piece. There’s just a shortage of goaltenders now and they’re trying to change that at the national level and that is trickling down. We have put much more focus on coaches engaging goaltenders in practice, making sure they are getting the proper information.”