Wrap up for this season's Mass Hockey Annual Meeting

This past weekend Massachusetts Hockey hosted its 44th Annual Meeting, celebrating our volunteers, a number of new initiatives and adding new inductees to the Hall of Fame.

The Boston Bruins were represented by Mike Dargin, manager of youth hockey development. He showed how the Bruins are teaming with Massachusetts Hockey to promote the license plate program, the Bruins Academy Learn to Play Hockey Program and TD Bank Mini 1-on-1.

Adaptive Hockey Committee Chair Nick McCummings presented the evolution of Disabled Hockey over the past three years and what is planned for the future.

Massachusetts Hockey Program Support Coordinator Mike DiOrio presented to the board what he currently has accomplished and the plans for the next season.

At the Service Award Luncheon, Massachusetts Hockey presented awards to see a list of the service award winners, see below.

In the evening on Saturday, the Annual Awards and Hall of Fame ceremony took place. For more information on the evening, please click here.

The business meeting concluded the weekend on Sunday morning.

The following positions were elected to Massachusetts Hockey:

At Large to E-Board positions Tim McMahon and Dave Young.

Lastly, the Legislative Proposals decisions were put to a vote. Click here to see the proposals.

Blind Hockey in CT; Make way for the Hartford Braillers!

The Hartford Braillers is the Blind Hockey team in Connecticut. 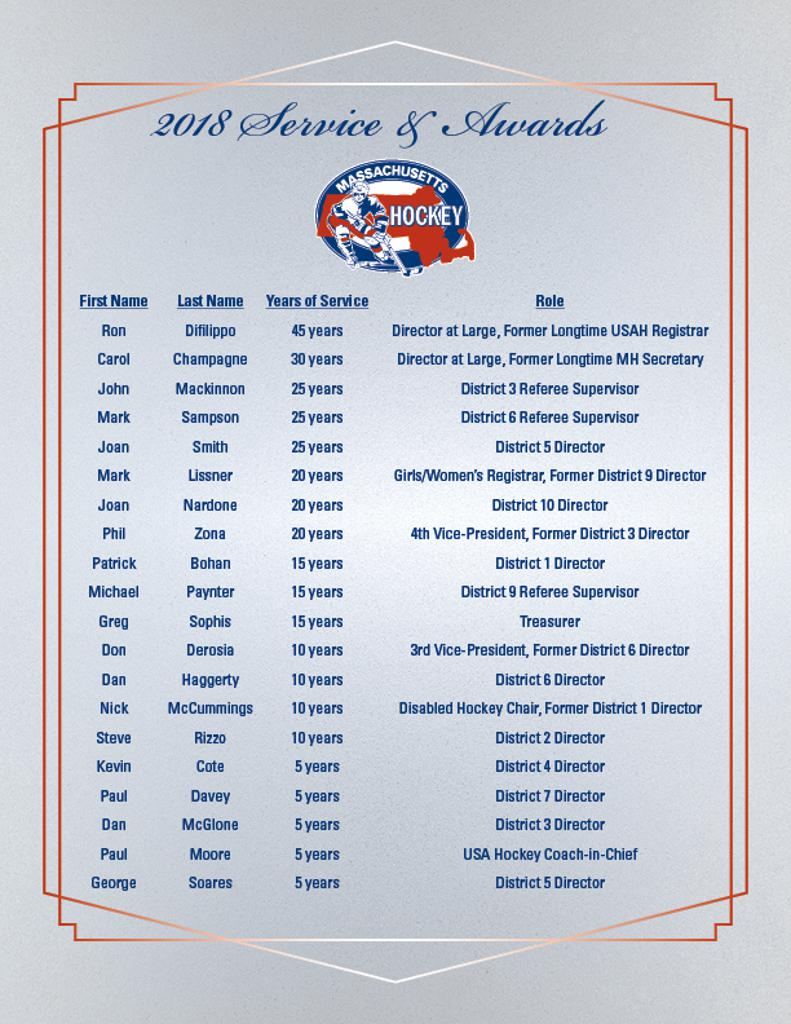