In September 2015 University of Massachusetts Boston renamed the hockey rink at the Clark Athletic Complex after a refurbishing campaign to the Edward Thomas Barry Ice Rink.

“Your outstanding career as coach and mentor to so many young athletes has inspired greatness for more than half a century,’’ wrote J. Keith Motley, chancellor at UMass Boston, while informing Barry, as reported by The Boston Globe.

Barry was a multisport athlete at Wellesley High School and Northeastern University. In 1947, he played 19 games for the Boston Bruins and scored his only NHL goal in Detroit.

Plus, Barry won the New England Amateur and New England and Massachusetts Senior Amateur titles. He was also a two-time qualifier for the US Amateur Championship. A plaque at Charles River Country Club says “In honor of Edward T. Barry, who proudly represented the Charles River Country Club at the highest levels of amateur competition for 40 years.”

While playing for the Boston Olympics, Mr. Barry met Lucille Steadman, and they married in 1941. She died in 1976. Mr. Barry married Patricia Donovan in 1980.

In addition to his wife, Mr. Barry leaves two daughters, Jacqueline Donovan of Needham and Michelle Sullivan of Littleton; a son, Edward Jr. of Needham; three stepdaughters, Christine Lyons and Mary Lyons, both of Belmont, and Patty Lyons of Candia, N.H.; a stepson, John Lyons of Belmont; 10 grandchildren; and six great-grandchildren.

A service has been held and burial will be private. 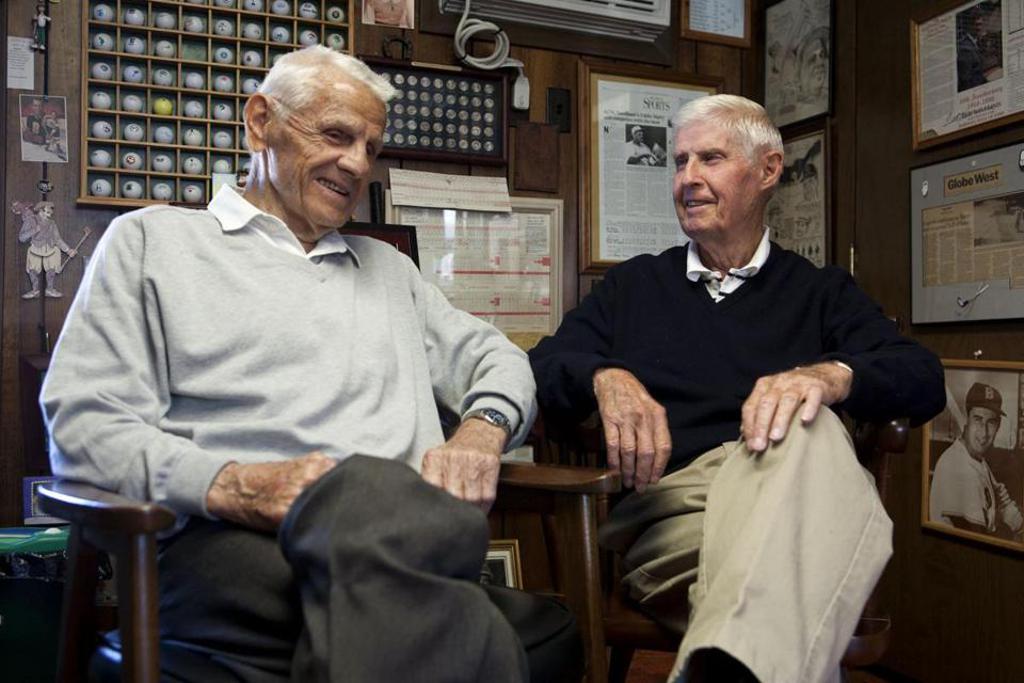 KAYANA SZYMCZAK FOR THE BOSTON GLOBE/FILE 2011: Eddie Barry (left) and his business partner, Jack Farrell, at their insurance agency office in Needham. 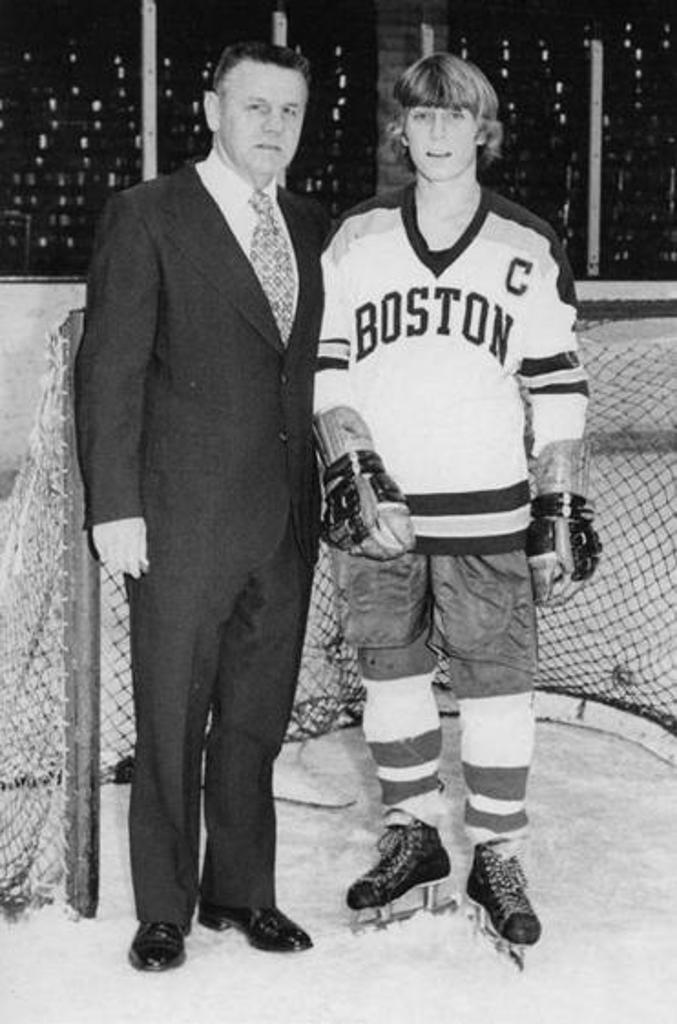 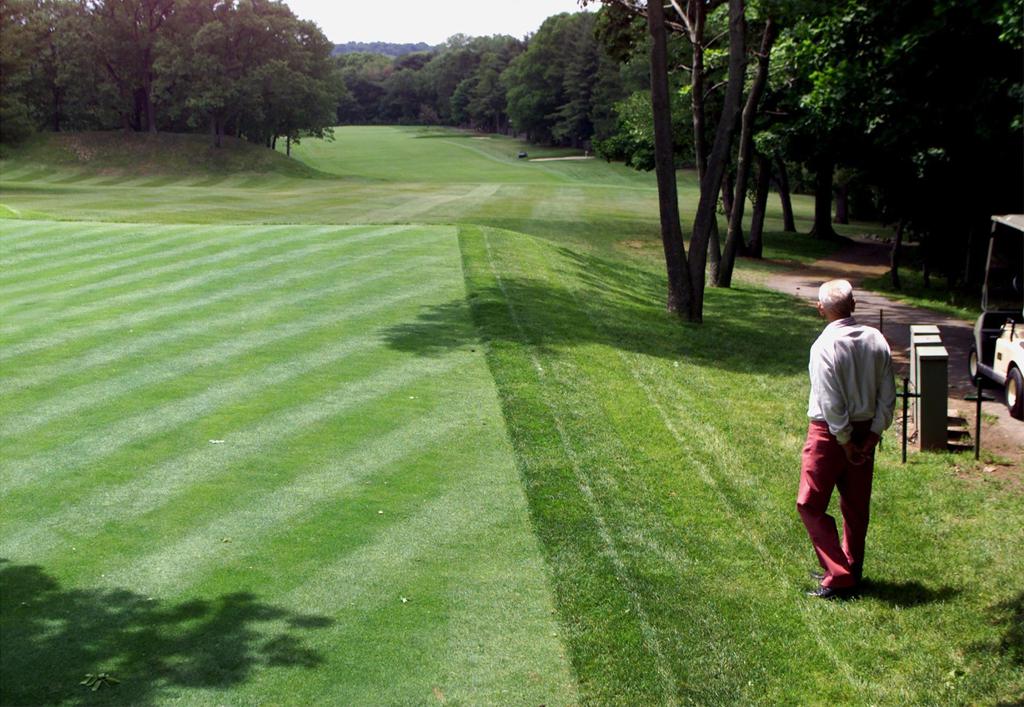 GLOBE STAFF/FILE: Eddie Barry looked down the fairway during a 2001 round at Charles River Country Club. 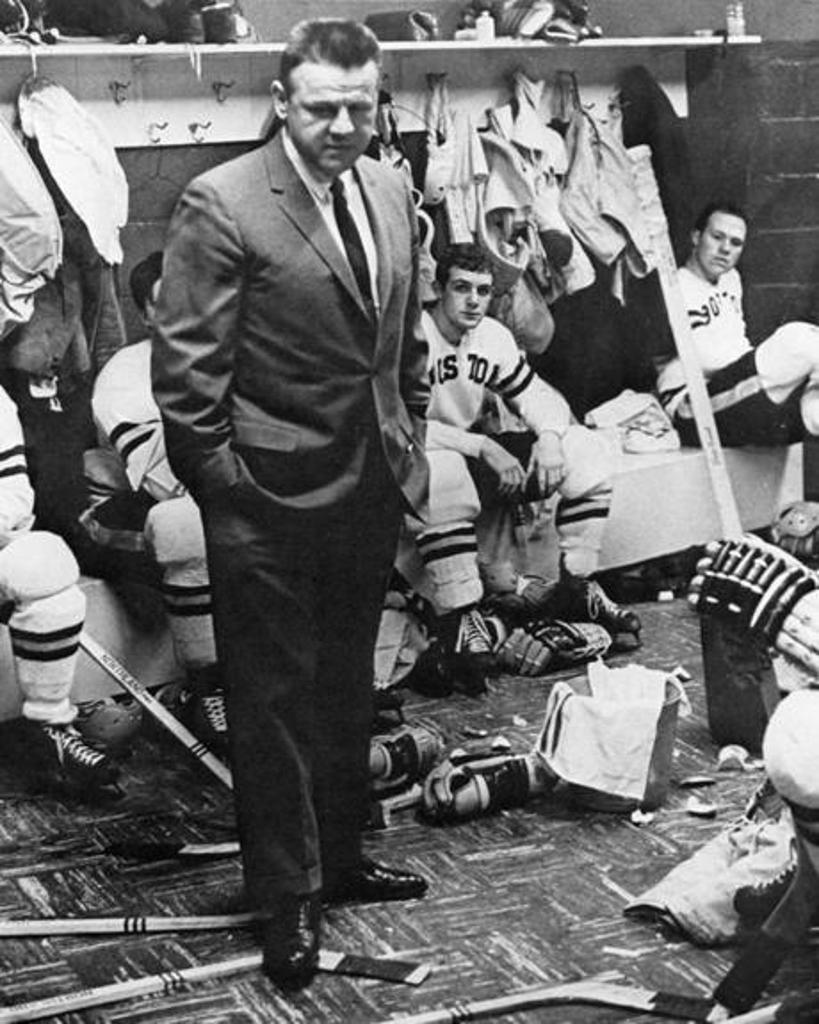 UNIVERSITY OF MASSACHUSETTS BOSTON: Eddie Barry guided the Boston State College hockey team to a 20-0 record in the 1965-66 season. UMass Boston, which merged with the college, plans to rename a rink in his honor.