Kraft Hockeyville is still accepting nominations for communities who are looking for upgrades for their beloved ice arena. The deadline for nominations ends March 11, 2016.

The first prize includes $150,000 in arena upgrades and the opportunity to host a NHL Pre-Season Game in their hometown! 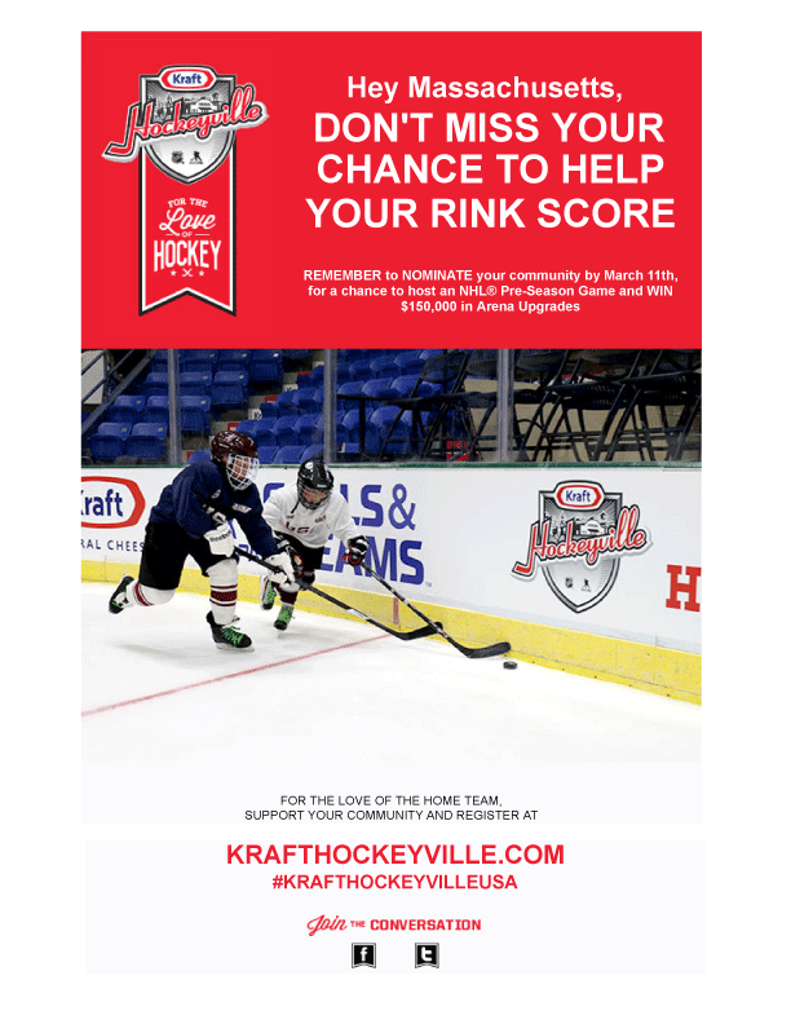