Jack Riley Remembered as a Legend

In 1995, Jack Riley was inducted into the Massachusetts Hall of Fame for his contributions to Massachusetts Hockey alongside other members of the 1960 and 1980 U.S. men’s Olympic gold medal teams.

The 95-year-old died on Wednesday, Feb. 4, 2016 with his family by his side at the Decatur House in Sandwich, Mass. He previously resided in Marstons Mills, Mass.

Riley was inducted into the U.S. Hockey Hall of Fame in 1979 and the International Hockey Federation Hall of Fame in 1998. His accomplishments are not limited to but include two Lester Patrick Trophy in 1986 and 2002.

He is best known for leading as head coach for the first Olympic gold medal in U.S. men’s hockey history. Riley always maintained that the original “Miracle On Ice” belonged to his 1960 Olympic men’s hockey gold medal team.

“Of all his memorabilia, and there were many, his Olympic gold medal was the one he treasured the most,” said his son Rob in The Boston Globe's most recent article.

From 1950 to 1986 he coached at the US Military Academy, where he retired at that time as the second-winningest college hockey coach in NCAA history. Both his sons, Rob and Brian followed in their father’s footsteps as head coach for the same team.

Director of special projects for USA Hockey Lou Vairo said in an article posted on the USA Hockey website, “He’s an absolute legend of the game and someone we’ll miss dearly. He always made himself available to anyone in hockey and particularly youth hockey players and coaches.

After growing up in Medford, Mass., Riley went on to be a captain hockey player at Dartmouth in the mid-1940’s and served as a Navy pilot during World War II. He then went on to play for the 1948 U.S. Olympic team.

According to The Boston Globe article, “Mr. Riley was one of four hockey-playing brothers and the father of four sons and a daughter who also excelled at the sport.” In 1989, his wife, Maureen, preceded him.

“The three most important things to our father was family, serving his country as a Navy Pilot and coaching at West Point,” Brian Riley said in a statement. 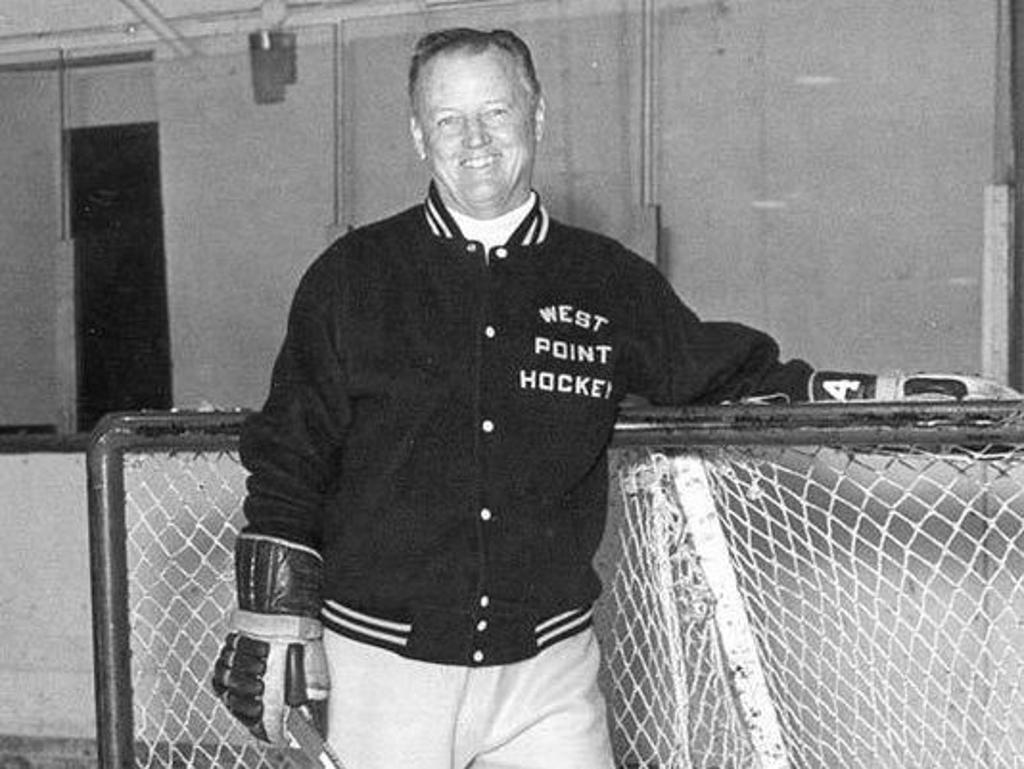 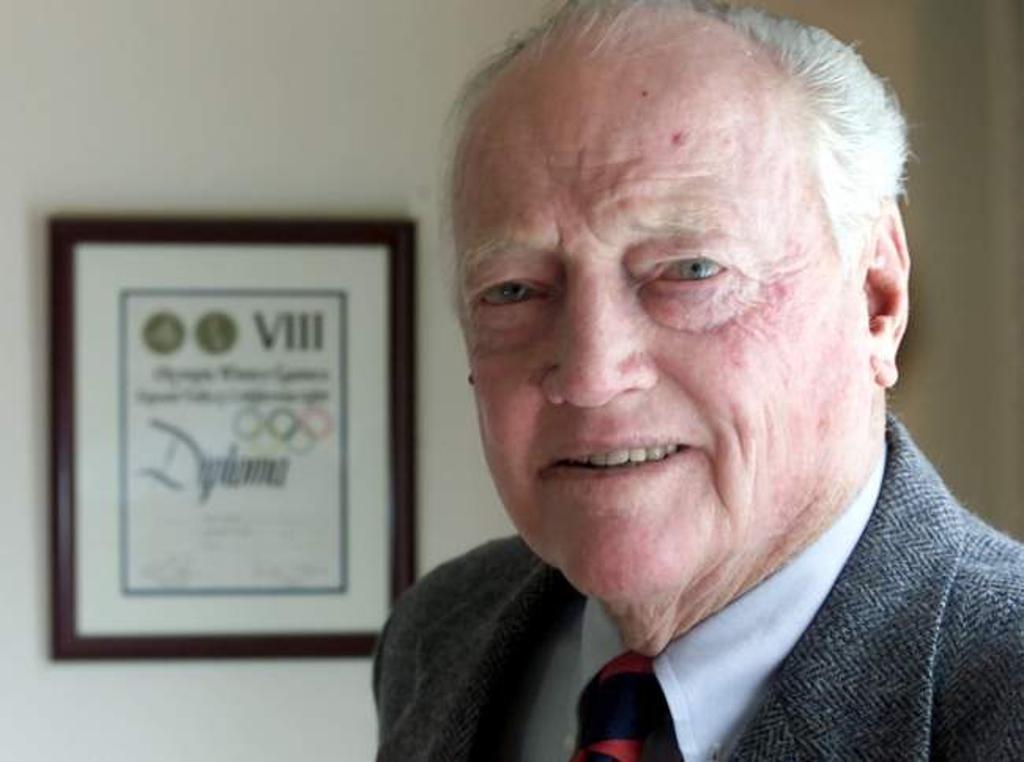 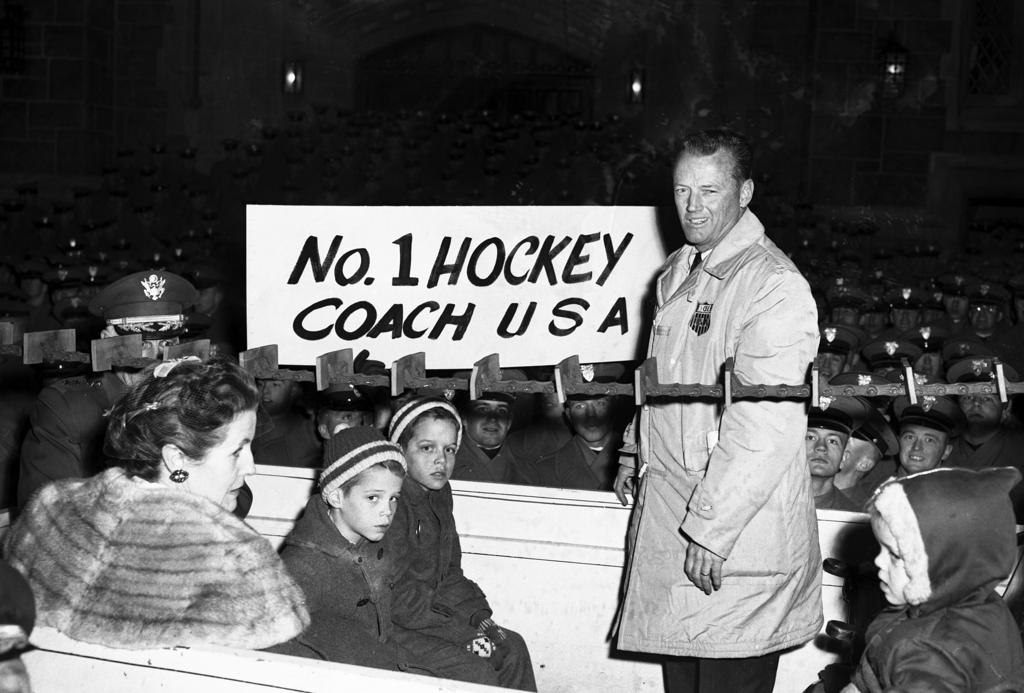 Jack Riley was welcomed back to West Point in 1960, the year he guided the United States Olympic hockey team to a gold medal. (Photo: Associated Press) 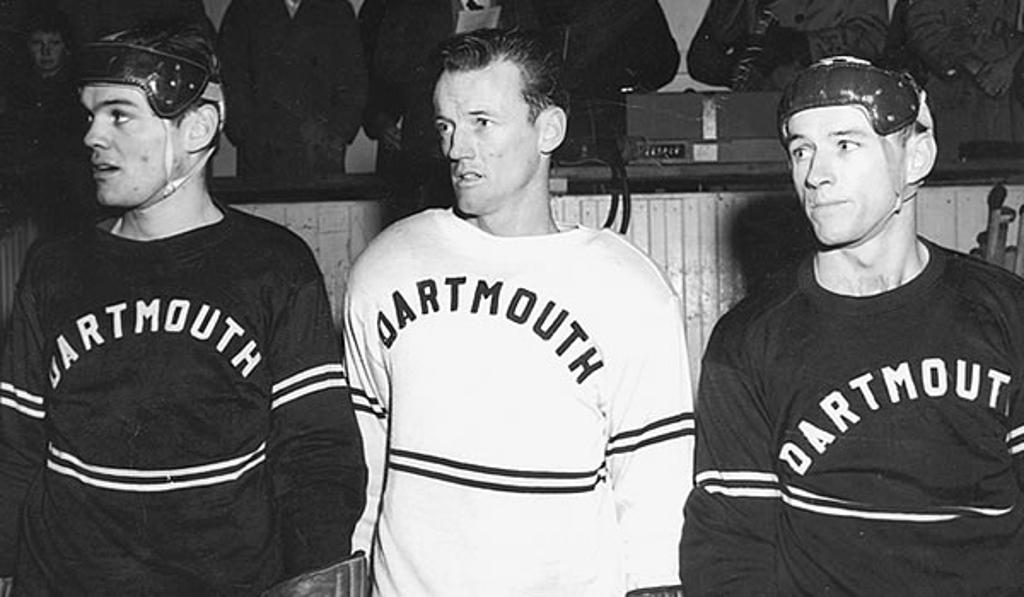 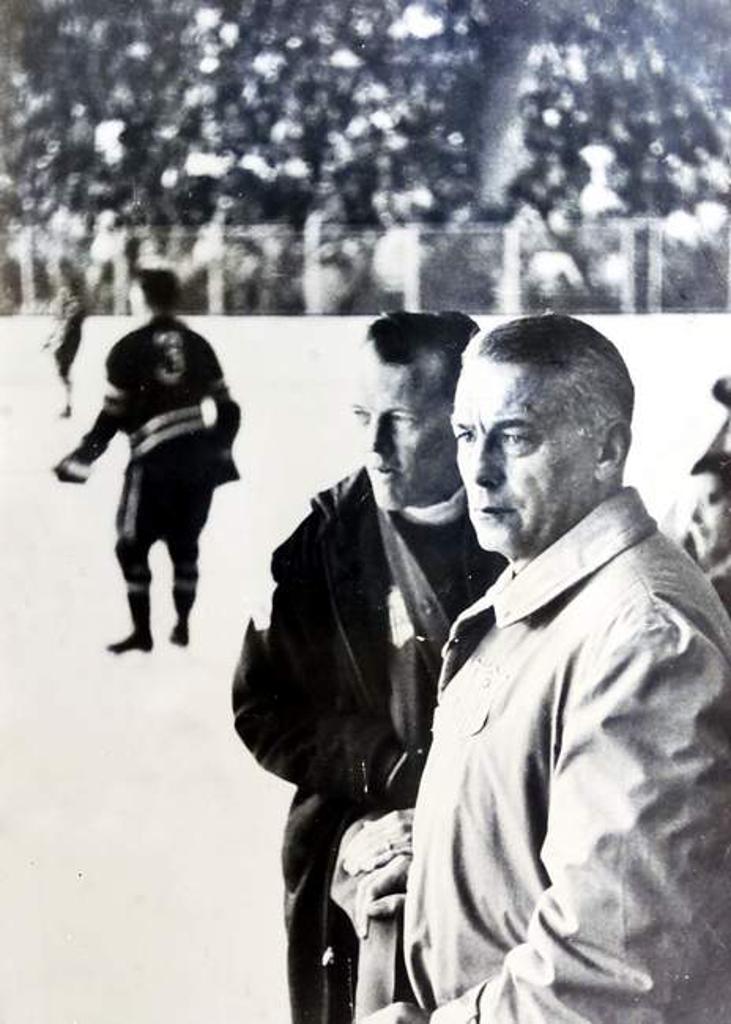 Link to Hall of Fame Bio