Sad News for Mass Hockey with Passing of Joseph A. Ferraro Jr.

A Pioneer in the Youth Hockey Business

Joe Ferraro passed away yesterday. For those of you that didn’t know Joe he certainly was a Pioneer in the Youth Hockey Business, according to Michael Bonish.

Brian Ferranro's Dad was well known to Mike during his days as a District Referee in Chief in District 9 Joe was the RIC in District 10. We had some memorable conversations in those days in the Referee’s Board Room! He was one of a kind & will surely be missed.

Obituary for Joseph A. Ferraro Jr. 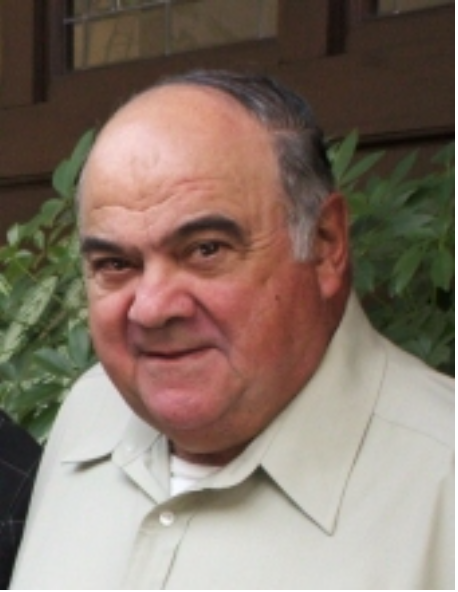 Joseph A. Ferraro Jr. – Age 79, beloved husband of Elizabeth B. (O’Hara) Ferraro died Monday at the Lahey Hospital in Burlington.

He was born in Chelsea, November 10, 1936, a son of the late Joseph A. Ferraro Sr. and Henrietta (Ferri) Ferraro and lived in E. Boston before moving to Billerica 55 years ago.

Mr. Ferraro’s career in hockey began in Lynn in 1950 and he was named the City of Boston Outstanding High School Player as a four-year all-star defenseman at East Boston High in 1956. But despite his many exploits on the ice and later behind the bench as a champion semipro coach in Germany while serving in the U.S. Army. Joe’s most significant contributions to the sport have come as an innovative youth league administrator. After serving a term as the president for the Billerica Youth Hockey Association, Mr. Ferraro took over the operations of Wilmington Youth Hockey League in 1973 and over the next 35 plus years built an exemplary, family-run youth sports empire that at one time featured more than 350 teams and 35 hometown programs operating out of as many as 10 hockey rinks. In the mid-1980’s he switched the name to the Dual State Hockey League. Mr. Ferraro, who is still recognized statewide as the longtime District 10 Referee Supervisor and influential rule-change pioneer who was inducted to the Massachusetts Hockey Hall of Fame in the Builders category in 2012. Mr. Ferraro was a former member of the Billerica Lodge of Elks #2071.

Besides his wife, Mr. Ferraro is survived by his son and daughter in-law, Thomas and Laci Ferraro of Billerica, son Brian of Billerica; his grandchildren, Lindsey, Joseph, T.J., Lolly and Vinnie Ferraro; godfather of Claudia Stanley and John Gravalese Jr. He was the brother of the late Francis Ferraro.

FERRARO – Of Billerica, Nov. 30, Joseph A. Ferraro Jr. Funeral Friday from the SWEENEY MEMORIAL FUNERAL HOME, 66 Concord Rd., Billerica at 11 a.m. A Funeral Mass will be held at St. Andrew Church, N. Billerica, at 12:05 p.m. Relatives and friends respectfully invited. Visiting hours will be held Thursday from 3-7 p.m. Memorial contributions may be made to the Make a Wish Foundation, One Bullfinch Place, Boston, MA 02114. Burial in Fox Hill Cemetery, Billerica.

The link for more info on the arraignments: http://www.sweeneymemorialfh.com/obituaries/obituary-listings?obId=680646#/obituaryInfo