Development Insight from a Cup-Winning Scout 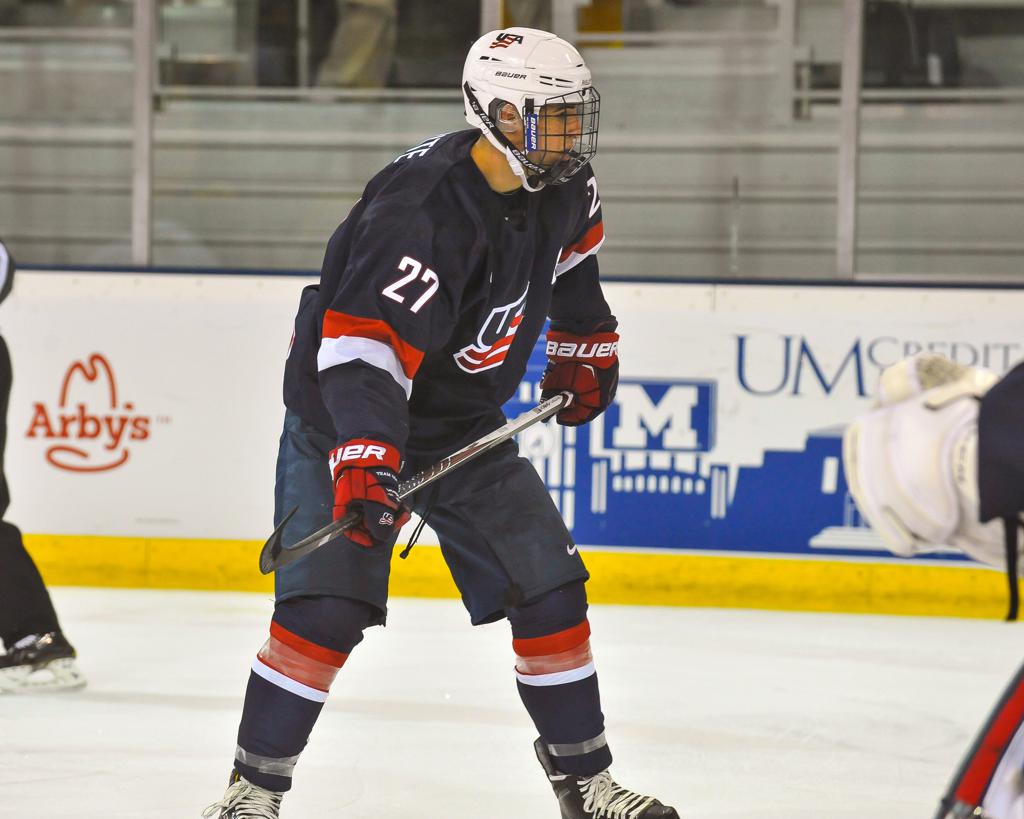 Colin White of Hanover is projected by many to be the third Mass native selected in the first round of the 2015 NHL Entry Draft. (Credit: USA Hockey) 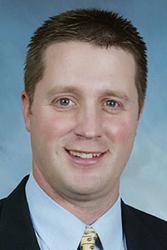 What do recent Cup-winning Blackhawks Niklas Hjalmarsson, Patrick Kane, Duncan Keith, Brandon Saad, Brent Seabrook, Andrew Shaw, Teuvo Teravainen and Jonathan Toews have in common? All were drafted by the Blackhawks. Yes, they're doing something right when it comes to spotting talent in the Windy City.

Blackhawks amateur scout and Massachusetts native Mike Doneghey is in the thick of that action, and he now has a third Cup-winning season to prove it. With the NHL draft approaching, we recently caught up with Doneghey, a former goaltender who played at Merrimack and in France before turning to coaching and scouting, to talk about what makes for an ideal draft prospect.

Doneghey, who scouted nearly 200 games between August and June, also broke down this year's elite Massachusetts-born talents Jack Eichel, Noah Hanifin, Colin White and another name you may want to remember.

Mass Hockey: What are the kinds of things that you keep your eye on when you're scouting draft-eligible players?

Mike Doneghey: Organizationally, you've seen us play, and we're a fast team. We're a skilled team. We're not necessarily the biggest team. The top three areas for us are speed, skill and hockey IQ. How fast does the guy think the game? How fast can he process the game? And we do a ton of work character-wise.

Mass Hockey: What goes in to the character study?

Mike Doneghey: We spend a lot of time with these kids throughout the year – the local kids, the Eichels, the Hanifins, the Whites, all those guys out of Massachusetts, I met early on in the process last summer, before they went with their respective teams. So I meet with them, continue talking with them through text, meet with them for lunch here and there, and talk to their coaches and previous coaches, getting to know their family background and history. I would think we're a little more proactive than the other 29 teams in the league as far as the time and financial commitment that we put in to background checks.

Mass Hockey: How much more important is character than a lot of kids at any age might assume it to mean?

Mike Doneghey: Going back to our team, we're a little bit spoiled. The character that we have with Jonathan Toews and Marian Hossa and Patrick Sharp and Duncan Keith and Patrick Kane, for me, if I'm going to rubber stamp a kid and put him in a locker room with those guys, I'm going to know a kid inside and out. What I don't think a lot of kids realize is that what they are now as a player is probably going to be different than what they're going to be as an NHL player if they get to that level. And a lot of it has to do with your mindset and how you handle adversity to change and play in that league.

Mass Hockey: What is the difference between being a player who can top out in college or the AHL or the NHL?

Mike Doneghey: It's a fine line. You have players who are very successful in the American Hockey League and they get to the NHL and they can't adjust. You draft a player with a certain skill set and then, all of a sudden, if it's a 50-goal-scorer out of the Western Hockey League and then he gets to the American League and he has to reinvent himself to get in the lineup. And then you get adjusted and you feel good, then you get called up to the NHL and you have to adjust your game again.

That's where I think the character comes in, when guys can figure out what they are quicker.

In 2011, we took Mark McNeill out of Prince Albert with the 18th pick. He hasn't played in the NHL yet. Then we take a kid named Andrew Shaw, who had been through two drafts, and we get him in the fifth round and he's an everyday player.

Patrick Kane teases him by calling him the best 19th-round pick in the league. As a 17-year-old, Shaw was passed by.

Mass Hockey: What can you tell a player about making the most out of his timeline?

Mass Hockey: How are you able to project something like the success of Kane and Toews, two elite players who took such different paths to the NHL?

Mass Hockey: Even at the highest level, is player development still a part of a player's life in the NHL?

Mike Doneghey: Oh, they're constantly developing. But I think the thing with those guys, too, is that they have such an impact on the younger guys because not only can Toews and Hossa and Saad score goals and they're elite offensive players, but they play 200-foot games. You've seen many times with Hossa, if he's lost the puck on a rush, he's the first guy backchecking to strip the puck off the guy.

It's amazing how hard those guys play.

Mass Hockey: That's an interesting point. Do you feel like kids that you're watching are playing as hard as they can? Or should?

Mike Doneghey: This is an old Steve Kasper quote from when he played with the Bruins: ‘I think everybody thinks that because they're sweating they're working hard and playing hard.’ But that's not the case. It's easy to finish second in a race on a backcheck. It's hard to play the same way every time, through injury, through being tired, and I don't think the younger generation knows what it's like to go in day-in and day-out and play hard. The ones who are successful in becoming elite players in the NHL are the ones with the work ethic and the character to play hard all the time.

Mass Hockey: Where do you come down on multi-sport athletes as a means to becoming better hockey players in the long run?

Mike Doneghey: I love it. I look at my youth hockey team, for Hyde Park. My team, off the top of my head, had eight kids go on to play Division I hockey. But, when hockey was over in March, we all went and played baseball. Some guys played football. No one at that point had specialized skating coaches or physical workouts in the summer. Everybody just played other sports, and that was your workout. You were outside playing baseball in July.

We're here at the combine. We talk to a lot of these European players, and they play handball, they play soccer, they play rugby, they play all kinds of things.

Mass Hockey: Let’s hear your quick thoughts on what many believe to be three Massachusetts-born first-round talents in the upcoming NHL draft.

Mike Doneghey: Eichel is a generational talent. He's a guy that can change the face of an organization. But the thing that I like about Jack Eichel is that he has a high character. He handles himself well off the ice. I like the quality that he hasn't forgotten where he comes from. He talks to his family all the time. He visits his sister at Merrimack. On the ice, he's 6-foot-2, he can skate, he's strong, he overpowers guys. He plays like Ryan Getzlaf.

Noah is the same way. If it wasn't for Connor McDavid and Eichel, Hanifin could be a No. 1 pick. He's such a good skater, he moves pucks. He's a big frame. But, again, in the locker room, he's a character guy. Guys flock to him. Coaches like him and he's coachable. And you don't hear anything bad about him.

I absolutely think we'll get a third first-rounder from Massachusetts: Colin White. In four years, he'll be in the NHL and he's a guy you'll win with. He knows how to win. He has a mindset about him, he doesn't panic. He scores timely goals. For me, he's like a Patrice Bergeron. He has a skill set, but he plays hard. Bergeron's a winner and this kid wins. This kid had mono at the beginning of the year and it was a tough year for him. But in April they're playing in the U18 World Championships, and he had a hat trick in one game and scored the overtime game-winner in the gold medal game. He has that uncanny sense about him. He's the guy that will beat you in cards, bowling – he just wins.

The other guy I'd keep an eye out for is Erik Foley, from Mansfield. He played at Tabor Academy, then went to the USHL. He had 27 and 27 (for 54 points in 55 games), which is very good. He's 6-foot and about 190 pounds, and he just plays hard. He's like a Justin Abdelkader-type player. He's probably a second- or third-round pick, doesn't get the hype as the other guys by playing at Mansfield High School and at Tabor, but he's going to play in the league.