Q-and-A with the Boston native and U.S. Hockey Hall of Famer 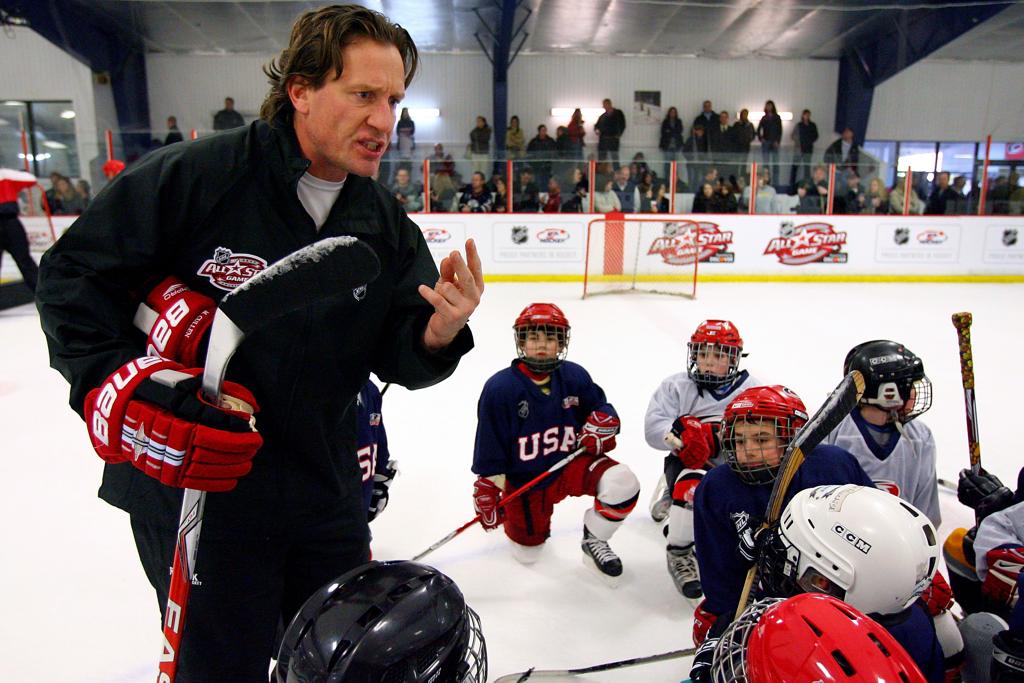 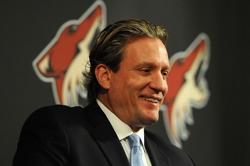 Roenick is a member of the U.S. Hockey Hall of Fame. (Credit: Getty Images)

Scoring goals isn’t easy, but working hard to develop key skills can help anyone improve as a goal-scorer. We recently caught up with Boston native and Thayer Academy alum Jeremy Roenick, who looked back at what key skills and hockey sense made him so dangerous with the puck.

Mass Hockey: As a player who scored more than 500 goals in the NHL, what made you such an effective scorer?

Jeremy Roenick: Number one, I was a really accurate shooter. I picked a spot and I hit my spot most times. Another thing: I really studied goalies’ weaknesses – where it was hard for them to get pucks. I was shooting to places I knew had the best chances to score. I loved to shoot the puck. I would go to the net and put myself in positions where I would get the opportunities. I was a worker. When you work hard to get in position, you’re going to get rewarded.

Mass Hockey: Were you like that as a kid, too – a worker and a shooter?

Jeremy Roenick: Yeah. Oh, yeah. I’d shoot 400 or 500 pucks a day in my driveway. I hung a sheet in the middle of the net and had a foot on both sides open. Some people have those shooter tutors with the five-hole and the four corners. I left the whole sides open – because you can score on the whole side of the net.

Mass Hockey: Who is the best scorer in the game today?

Jeremy Roenick: [Alex] Ovechkin, obviously. Ovechkin and [Steven] Stamkos are the two best scorers in the game. How hard they shoot, their release, their technique is so good, their ability to hit one-timers with such velocity and pinpoint accuracy. I think Corey Perry is another guy who can fill the net and is just a tremendous goal-scorer. Those three are the ones that stand out to me. I think Tyler Seguin is starting to put himself on the map as one of the elite shooters.

Mass Hockey: During your NHL career, who was the best scorer?

Jeremy Roenick: There were a lot of greats scorers. Watching Jaromir Jagr score goals – he would score goals like crazy. Brett Hull was unique in his ability to use a whippy stick to create such velocity on the puck – one of the most amazing shooters I’ve ever seen in my lifetime. Teemu Selanne is another one who just made everything looks so easy – put the puck in the right places, went to the right places. He didn’t have a hard shot but he had a deceptive shot. Those three guys when I played were just absolutely great goal-scorers.

Jeremy Roenick: I watch hockey every night. I love it. It’s my passion. I never want to play it again, but I love watching it every single night.

Mass Hockey: Let’s talk about some of the keys that make for effective scoring …

Jeremy Roenick: I think a lot of it is hand-eye coordination. It’s not so much learned; it’s a trait that some people have better than others. There are different ways that you can improve your hand-eye coordination – throwing tennis balls up against the wall and catching them, alternating them back and forth.

Jeremy Roenick: There are so many different things about a net-front presence that create problems for a goaltender. It’s hard enough for a goaltender to pick up the puck. Then, if it’s changing direction, that makes it so much harder.

One of the best net-front presence guys in the National Hockey League is Joe Pavelski, and he’s 5-foot-10 and not that heavy. But it’s his center of gravity, his perfect positioning and his ability to pick up the puck and redirect it that make him so difficult to defend.

Getting pucks from the point to the net:

Jeremy Roenick: Having a big shot and a good shot. Where a defenseman’s going to get into a lot of problems is when they try to aim, when they try to shoot for corner. The best thing a defenseman can do is – it doesn’t matter how hard it is – to get the puck on net. A lot of times because of a net-front presence and because it’s coming through bodies, even the softer shots that don’t seem to have seeing eyes will go into the net because it’s on net.

Jeremy Roenick: Two forwards should be attacking the net as soon as the defenseman gets the puck. You’re not going to score goals from the outside with guys shooting from the point. Your job is to get to the front of the net, to get to those high-traffic areas. It’s hard to score goals in the National Hockey League and they say it’s hard because you have to go to positions that truly are painful places – whether it’s the puck hitting you or players hitting you or sticks hitting you. These high-traffic areas are what make people rich. They make people successful. They made Keith Tkachuk millions and millions of dollars.

Jeremy Roenick: A quick release is one of the best weapons for an offensive player. You watch Phil Kessel, he almost hides the puck until he’s ready to shoot – his stick is in front of the puck, and, within seconds, his stick is behind the puck and releasing it with such velocity that goaltenders have no idea where the puck is going. He hides it, hides it, hides it and then snaps it. He did it a couple times last week against Boston – it was sick the way he snapped them past Tuukka Rask, one of the best goaltenders in the game.

That all works because of hand strength, forearm strength. You have to do a lot of work in the gym, a lot of work with your fast-twitch muscles to have those quick releases, but it’s one of the best weapons to have in hockey.