5 Lessons from the Bruins’ Playoff Run

Depth plays a large part in a team’s success

Although most youth hockey players are now taking a break from the ice and playing other sports, the Boston Bruins still have our undivided attention. After dispatching the Detroit Red Wings in the first round, all eyes are on the Bruins and Canadiens, largely considered one of the greatest rivalries in sports. Aside from some tasty snacks and fun nights watching the games with friends and family, what can you take away from Boston’s postseason play?

Depth is key. Depth plays a large part in a team’s success. That holds especially true in the postseason, where teams’ top lines can sometimes cancel each other out and hold them off the score sheet. Every player is on the roster for a reason and can contribute. It may come down to the third or fourth lines, fifth or sixth defensemen – or even a minor-league call-up like Matt Fraser, which brings us to our next point …

Always be ready. One day before he scored the Game 4 overtime winner, Fraser was eating Chipotle and frozen yogurt in the minors. Then he was called up for a second-round Stanley Cup playoff game against Boston’s most heated rival. It takes serious mental focus, discipline and preparation to step in like that. The team needed him, and he was ready.

Versatility is valuable. Zdeno Chara may arguably be the NHL’s best defenseman, but he’s not a one-trick pony. Not even close. When it comes to the power play, head coach Claude Julien has no problem moving Chara to the front of the net, where he displays not only his strength and balance, but his hands and stick skills. Kids should learn and try playing all positions when they are younger. It gives players a chance to see the game from different perspectives. It forces them to adapt and gain new hockey sense. Having a versatile skill set will only help you become a more well-rounded player that coaches and teammates can rely on in any situation. As you get older, it can help you earn more ice time.

Be resilient. Every team will fall behind in games during the season. Most teams will not be in first place in the standings all year. Learning how to come from behind is a key characteristic to successful teams and successful people. Whether on the ice, in school, in the workplace or life in general, it’s important to keep battling through adversity. Never quit.

The favorites don’t always win. Just because the Bruins captured the Presidents’ Trophy for the NHL’s best regular-season record doesn’t mean they will win the Stanley Cup. Upsets happen and they happen often. No matter what your team’s record is or how many times you’ve beaten one opponent in the past, that doesn’t mean anything heading into the next game. Trust in your teammates and coaches and stick to your game plan. Be confident but not cocky. 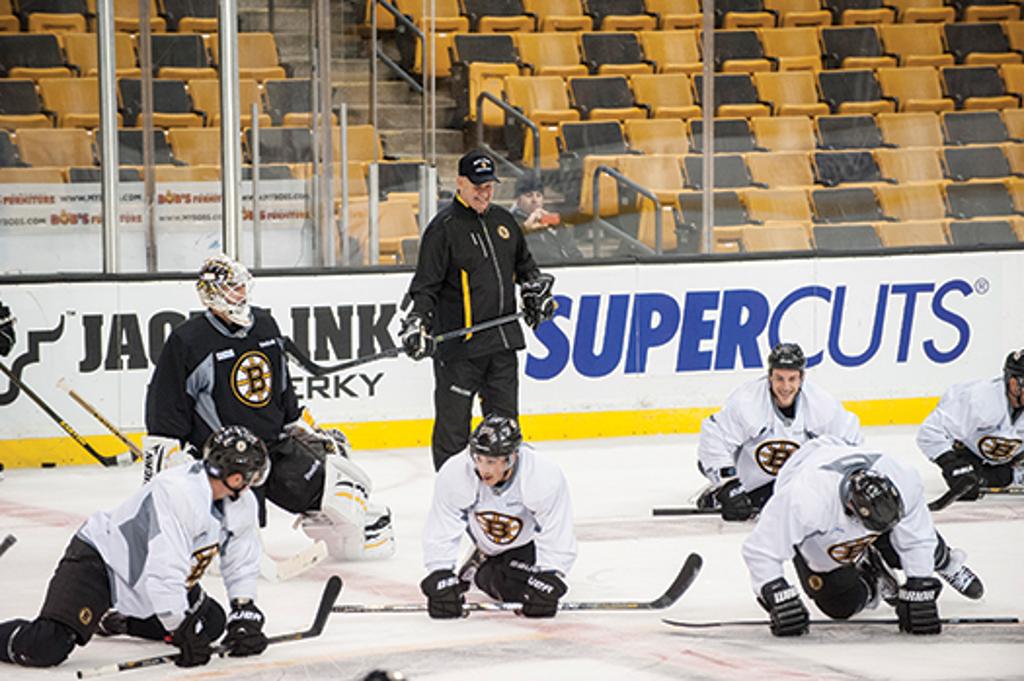