I think speed and quickness are very closely related

When watching young hockey players, coaches and other observers often notice those with "a quick first step." These are young men and women who quickly push off the ice and move in the necessary direction without any hesitation.

At the same time, it's not difficult to pick out the fastest skater either. Players who can move from their position to another part of the ice as fast as possible are in high demand at every level of hockey.

Every part of the game is improved by skating quickly. However, the idea that quickness and speed are entirely different is something of a misnomer, according to Mike Boyle, who has worked with the Boston University men’s ice hockey team, the Boston Red Sox, the Boston Bruins and the U.S. Women’s National Ice Hockey Team.

Different but the Same

While each trait reveals itself at different points of a game or different parts of a rink, the muscles and skills required to excel with both are very closely related.

From a hockey standpoint, quickness is frequently associated with anticipation and understanding of the game. That isn't something that can be learned away from the ice. Improving quickness, however, can be improved. And the ways to train these skill sets are very similar.

"I think speed and quickness are very closely related," Boyle said. "There's this idea that they're entirely separate. I don't think that's the case. What we're talking about, from a hockey standpoint, is really just about getting a good first push. And that comes from strength, whether it's to build quickness or increase speed, developing good core and lower-body strength will help both of them."

As players advance through different levels of hockey, the concept quickness is associated with players who anticipate the game most effectively. Hockey sense is as much a part of the game as any physical trait, but it's difficult to become a quick player without working away from the rink.

"To improve quickness, it's important to focus on that first initial push off the ice," Boyle said. "So running sprints of 10-15 yards will help there as well. But try starting from different positions. Set a starting point and a finish line, but start one sprint on one knee or kneeling down completely, maybe run one where your body isn't facing the finish line. Those movements you have to make to move faster will help you that push off, which helps both speed and quickness."

“Going for a jog isn’t going to make you faster”

In Boyle's career, he's noticed a clear correlation between speed on the ice and speed off the ice. Simply put: The fastest runners are the fastest skaters. Unfortunately, he's also noticed that players don't seem to train properly to improve on-ice speed.

"It's amazing to me how many people try to improve their speed without running fast," he said. "Going for a jog isn't going to make you faster. Running sprints and running fast is where you start to see players skate faster.

"We always found that the fastest skaters are the players who were the fastest sprinters on land. There's a heavy correlation between those two things. So if you want to do some things to improve your on-ice speed, work on your off-ice speed. Just run a number of sprints with some rest in the middle."

USA Hockey has developed these Dryland Training Cards, designed to help young players from 6-12 years old develop skills, strength, speed and quickness. Pay attention to the age-specific workouts, drills and games. These were tailored directly to these age groups.

According to the research and sport science of USA Hockey’s American Development Model, there are two speed-training windows for children, or periods of their growth that are most responsive to developing speed and quickness.

They are different for each gender, but parents and coaches should take advantage of these time periods, when the young athlete becomes a sponge for developing these skills and athleticism.

For young people, improving movement on the ice doesn't take great organization. All it requires is commitment. Spending some time in the afternoon or mornings running a number of sprints with brief rest periods between each run works quite well. Beyond that, spring and summer sports, such as lacrosse and soccer, each help strengthen the muscles responsible for that initial push off the ice.

Ultimately, even the fastest or quickest hockey players will struggle if they don't learn to use their speed as part of their overall game. Developing hockey sense, however, can't be done off the ice. That doesn't mean working away from the rink is a waste either. So get out onto the track – or the backyard – and try to improve your time sprinting 10 or 15 yards.

A critical period, or “window” of development, refers to the point in the development of a specific capacity when training has an optimal effect. Other factors are readiness and critical periods of trainability during growth and development of young athletes, where the stimulus must be timed to achieve optimum adaptation with regard to motor skills, muscular, and/or aerobic power.

USA Hockey has created FUN age appropriate dryland exercises that gives every player (ages 6-12 years old) what he or she needs from a developmental standpoint. Use these drills for 30 minutes pre or post practice 1-2 times a week during the season. These fun drills introduce the players to multi-directional movement skills, multi-directional speed, agility, balance, coordination, rhythm and special awareness 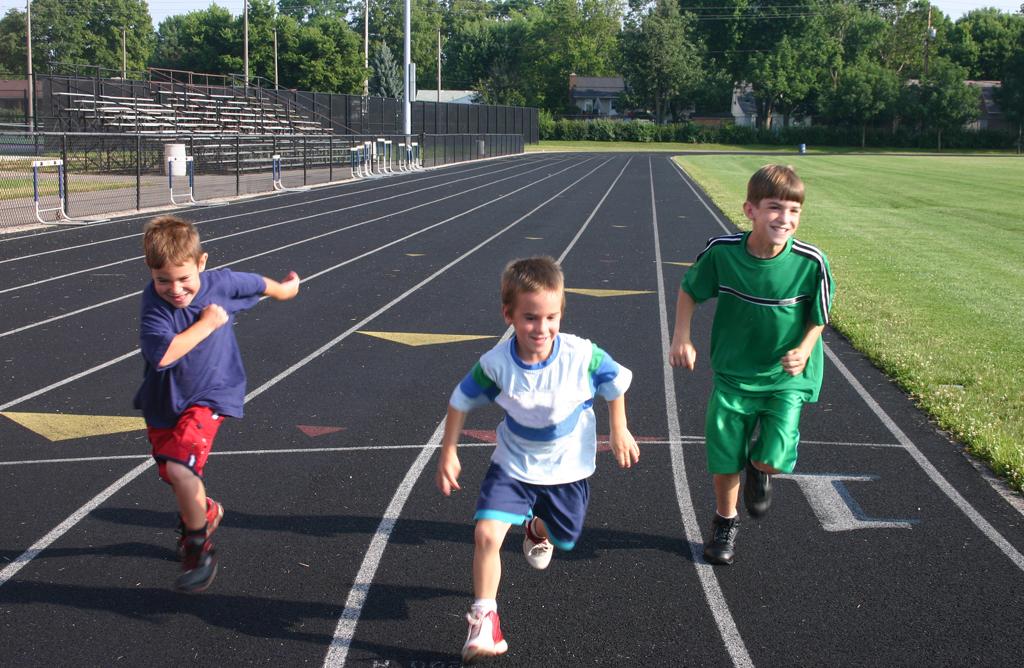