goal-setting for players and teams is equally as important

In hockey, everyone knows that goals are important to a team’s success in a season. But believe it or not, we’re not referring to goal scoring.

While putting the puck in the back of the net is definitely an important part of the game, goal-setting for players and teams is equally as important to a great season outcome.

“You need to have benchmarks and goals in a season,” said Boston native Ted Donato, head coach of the Harvard University men’s hockey team. “And those goals shouldn’t necessarily just be wins and losses, but achievable goals to help your team.”

Whether you’re setting goals for the team or for yourself as an individual player, recognizing what you want to achieve this season already puts you on the path toward a winning year.

Donato believes there are three key goals that teams should strive for every season:

Teamwork – It’s one of the biggest facets in hockey and we all know “there is no ‘I’ in ‘team.’” While it may seem like an obvious goal, it’s easiest to achieve if the whole team buys in at the start of the season. “You all have to want to come together for the good of the team,” says Donato. “And then work as a team to set more goals that you want for the season. If you work together to improve as a whole unit, it’s a goal that should be met every time you’re on the ice.”

Enjoyment –Players, parents and coaches should always remember that hockey is supposed to be fun. Whether you have goals to improve your skating, stick-handling or shot this season, enjoyment of the game should always be the top goal. Players should make sure their teammates are having fun, too!

Respect and Work Ethic – Respect your coaches, teammates and the game of hockey as a whole. “If you don’t have respect on or off the ice and don’t make that a priority, it hurts the team and what the team is trying to accomplish,” said Donato. Showing a level of respect is also apparent through hard work and drive. “Giving it your very best each practice or game shows that you respect your team. Without that goal – or two goals rather – it can be a long season for everyone involved.”

If there is a level of teamwork, respect and work ethic coupled with a desire to improve and have fun, that’s a magic combination for success. Setting your goals to accomplish this at the beginning of the season is key.

But it shouldn’t all be about hockey. Off-ice goals should also be managed and met, including setting high standards in the classroom and developing as a person.

“Ultimately, we all want to use hockey to improve our life, in the grand scheme and smaller scheme,” said Donato. “We use hockey to make new friends, forge new relationships and improve the quality of person you can become.

“That’s really the goal – that you learn those life lessons through hockey that you can apply off the ice. That’s something you should strive for, almost more than improving as a player. It’s an important goal to have and obtain.” 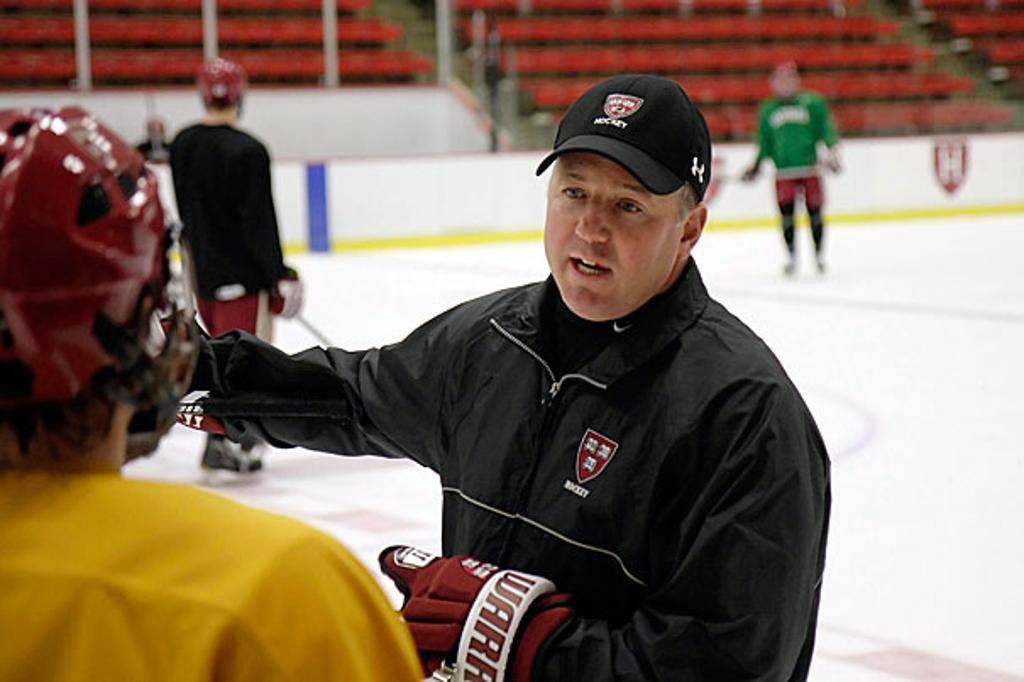