What Makes a Kid Coachable?

What Makes a Kid Coachable? Falmouth’s Paul Moore shares his experiences through coaching and leading 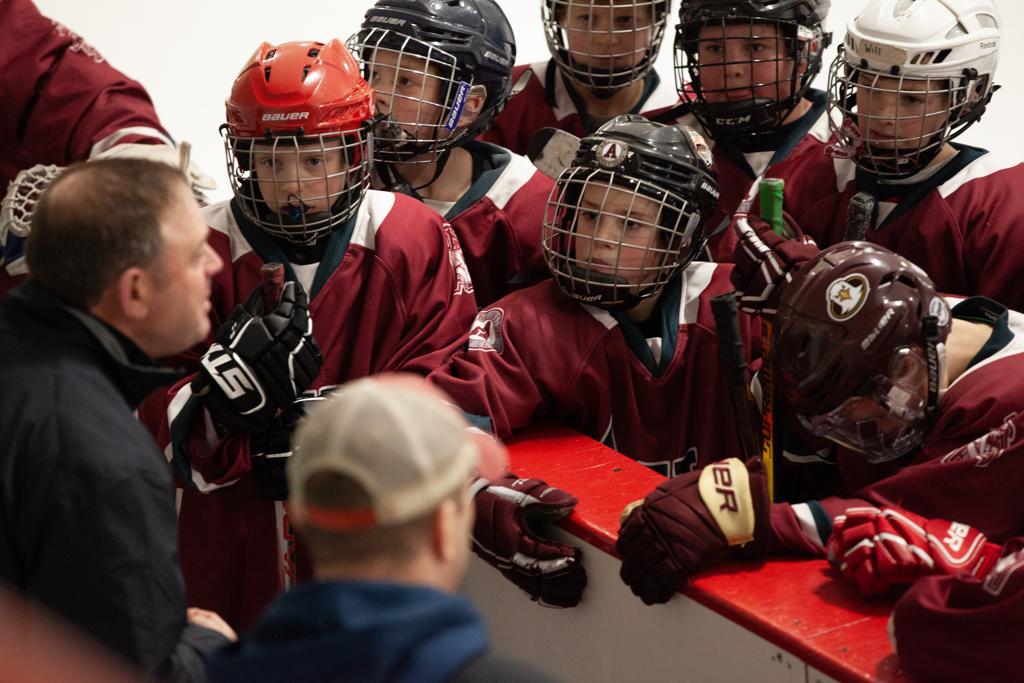 There are multiple ways to consider what makes a young hockey player coachable. It could be the internal nature of a kid who wakes up with eyes and ears open, or maybe it’s about what makes or forges a coachable hockey player.

In almost any case, you know who has a lot to do with that?

Over the decades of change that have washed through how hockey is played, how it’s coached and how the kids who play the game are raised, Falmouth’s Paul Moore has been there for a good chunk of that change.

In fact, Mass Hockey’s Coach-in-Chief, who starred for the Falmouth High School Clippers and then at Southeastern Massachusetts University in the early 1980s, has been both a voice for and a leader in that change.

What isn’t likely to change any time soon is the coach-player relationship in hockey.

“I think, first and foremost, it’s a player who understands constructive criticism,” said Moore, who spent nearly 25 years as an assistant on the bench with the legendary Buddy Ferreira before taking over the program nearly a decade ago when he was also, at the time, president of Falmouth Youth Hockey. “A coachable kid, I’ve never seen them look at it as a negative when you’re trying to coach them. The coach has a lot of responsibility in that as well. Over the years, I’ve learned my body language can have a lot to do with how my players are receiving information. Not what I say, but how I say it.”

This two-way street isn’t always easy on either side, but it takes coaches like Moore, who are spending time thinking about the dynamic and trying to engage the best of young human beings who happen to be playing hockey.

“That’s the art of coaching and recognizing that you can have a coachable kid who is also really sensitive,” he said. “We’re dealing with children here at the younger levels, so the coach has a lot of responsibility. But a coachable kid has a level of respect, and they are usually pretty good listeners.”

In Falmouth, a solid youth hockey program can help, eventually, with the kinds of players filling out Moore’s high school rosters.

If any game can bring out the worst in a kid who might beat themselves up over a mistake — from a botched pass in practice to a glaring giveaway in a tournament final — or even the simple threat of a mistake, it’s hockey.

“Let’s face it,” Moore said. “Hockey is a game of mistakes. So, every time a kid makes a mistake, what is your reaction as a coach? Is it always negative? Because kids can take on the negative by nature. So can high school kids. You have to be very careful about what you say and how you say it. I think there is a lot of responsibility on coaches in this.” 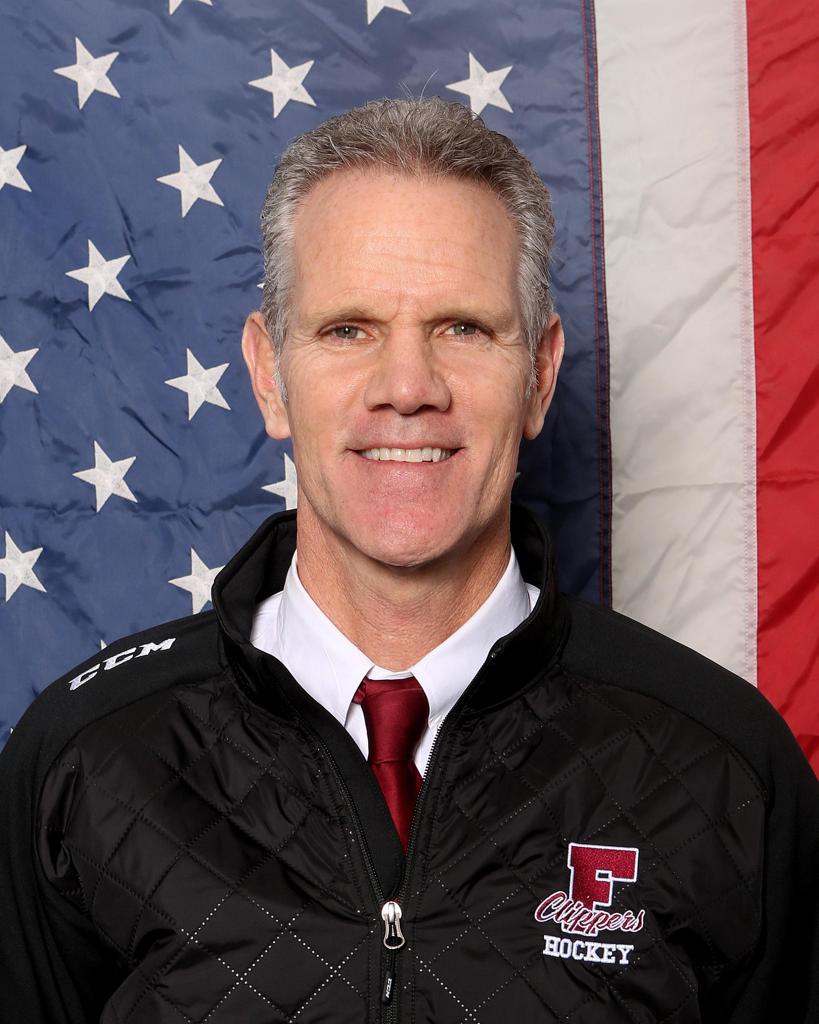 A coach’s ability to manage that relationship can go a long way toward a player’s coachability.

Going negative, particularly at the younger ages, is a fool’s errand for a coach seeking coachable players. Coachability can indeed be ruined.

“As coaches, we can go down that road — always questioning a play that they made, a decision they made,” Moore said. “A coach can hurt the team organically just by being negative all the time. Almost every time a player goes on the ice, they’re going to make a mistake. Are players afraid to make a mistake? If they are, they are doomed from a growth standpoint. They can't be afraid to make mistakes.”

Moore, admittedly, was once very much the kind of coach who could dial up the negativity.

“Listen, I'm embarrassed about the coach I was 10 years ago, never mind 20 years ago,” he said, noting the scenario of a player who turned the puck over at center ice only to have the opponent go in and score. “Everybody in the building knows the kid screwed up. And I’m the coach waiting there when he comes to the bench to let him know again. But they know.”

Often, a player is already feeling the heat of that mistake to a far greater degree than a coach understands. That’s why figuring out how to coach players is both art and science.

“That's a delicate part of coaching,” Moore said. “In today’s world, if you don’t change, it’s not easy to survive. You really have to know your players, who you’re dealing with and what makes them tick. Are you coaching the team or the individual player? I think when you coach the individual player, you’ll get more out of them and you'll produce a more coachable kid.”

A coachable kid isn’t generally caught in a rut of debilitating fear over possibly making a mistake. Not only are mistakes a part of the game, but they should be embraced — encouraged, even, by constructive coaching — in a lot of circumstances when player development is more important than winning a youth hockey game.

“Now, for us as coaches, are we embracing those mistakes and letting them know that it's a game of mistakes? And that it’s OK? Failure is good,” Moore said. “Because that’s how we learn. We learn through failure. As youth hockey coaches, we have a massive responsibility to embrace that and not always be negative about it.”

“Power plays and PKs in youth hockey, I’m not a fan,” Moore said. “What are you telling your kid who never gets a chance to play on the PK? You’re telling him that he’s not good enough.” 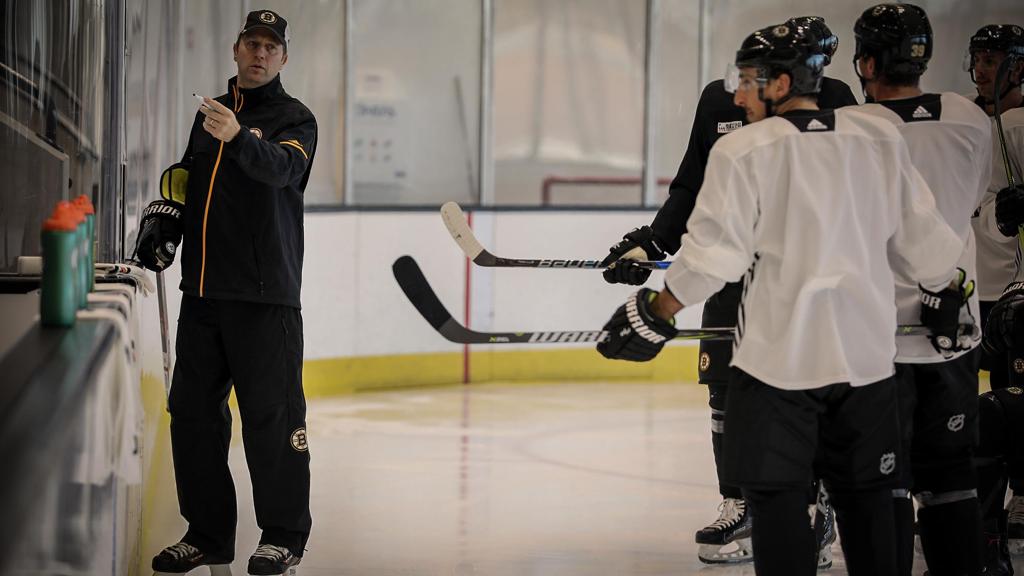 If you were wondering what a coachable kid looks like when they come to the rink?

For the most part, the more the culture of coachable is fostered, the more buy-in there is to those kinds of behaviors — on and off the ice.

“On and off the ice, they lead,” Moore said, who, for decades now, has been in the interesting position of watching generations of teenagers deal with each era’s pressures of being a teenager. “The lead, they ask questions, they’re accountable, they’re on time. They set an example for everybody else. There are a lot of things that go on from a team dynamic that a coach isn’t involved in.

“But you know when you have a good culture and you know when you have good leaders. They’re making sure the kids are making good decisions away from the rink on a Friday night after a football game. It’s 2022 and they’re doing the same things we were doing in 1979. And you hope they make good decisions. Isn’t that all you can hope for as a parent?”

Ah, parents. Parents, too, are part of the coachability equation. Moore encourages coaches to meet with parents.

And those kinds of non-coachability traits can stick.

“I’ve had some kids who just wouldn’t listen or buy in,” Moore said. “But you don't want that reputation as a player. But is an 8- or 9- or 10-year-old kid really uncoachable? Of course not. The kid you tag as uncoachable, is he really uncoachable? And why? It might be a coaching problem.”

Team-building, too, for Moore plays a significant role.

“Team-building could be a bunch of things,” he said. “Making sure once a month after a home game you’re all going to eat, maybe you’re going down to the soccer field and playing soccer and on those tournament trips, going to the pool. There are so many other things happening there that feed into culture and coachability. It’s about the buy-in, and then the coachability can follow.”

At Falmouth High School, core values are at the heart of a season and team, but younger teams can benefit from some of the learnings.

“We have a standard we play by — core values — that our team sets,” Moore said. “And I would say this: An 8U coach could do it. Ask your 8U players what you want to be known for this year. You set all those parameters and then you have your team live up to them. Then you get the buy-in. Do you want to be the team that has the most fun? What does that look like? Well, the coach can make that happen.”