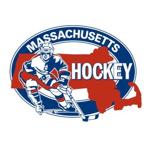 Massachusetts Hockey expects its members to follow the organization’s standards of acceptable conduct, and neither condones nor protects any individual who violates the standards. This includes​ Mr. Gray.  We recognize, in retrospect, that aspects of the disciplinary process in place during that period could have benefited from certain improvements. It is unfortunate that the anti-bullying, anti-harassment, and anti-abuse coaching standards which served as the basis for the discipline against certain Assabet coaches in 2019 did not exist at the time when many players and families were subject to mistreatment in the Assabet program.

With the advent of SafeSport in 2017, the implementation of anti-bullying and anti-abuse coaching policies, as well as the current and evolving mechanisms for reporting misconduct, Massachusetts Hockey believes that players today are better protected and more empowered to have their voices heard without fear of adverse consequences.

Massachusetts Hockey sincerely believes that its current reporting practices and the resources available through USA Hockey and the Center for SafeSport will prevent the kind of unacceptable behavior to which the Assabet families were subjected to during Mr. Gray’s tenure.  Massachusetts Hockey is committed to fostering a safe and supportive environment for its members across all its programs.

Massachusetts Hockey welcomes continued feedback and guidance from USA Hockey and SafeSport so that our players, parents and volunteers have a clear understanding of the organization’s standards of acceptable conduct.

Massachusetts Hockey applauds the courage of the seven young women and their families who submitted their complaints in 2019, and sincerely apologizes for the unacceptable environment to which they were subjected to at the Assabet Valley program.

Massachusetts Hockey is committed to improving its disciplinary processes to ensure consistency, transparency and that its members, as well as the community at large, trust that they are participating in a sport in which they feel protected, and that their voices are heard.