Millis Made: Catching up with Matt Boldy

After a standout season, Boldy is spending the offseason training, golfing and enjoying time with family

Over the past few years, Millis native and Minnesota Wild forward Matt Boldy has had some of the best years of his hockey life.

There was a youth hockey trip to USA Hockey Nationals. There were years at USA Hockey’s National Team Development Program, spanning from 2017 to 2019. One of those years included All-American Prospects Game MVP honors, and both included more than a point-per-game average.

During his time with the 2019 U.S. Men’s National Under-18 Team, he scored 12 points in seven games en route to winning a bronze medal in Sweden. In 2019-20, he scored 26 points as a freshman in 34 games at Boston College. And at the 2021 IIHF World Junior Championship in Edmonton, he won gold with Team USA while scoring five goals in seven games. 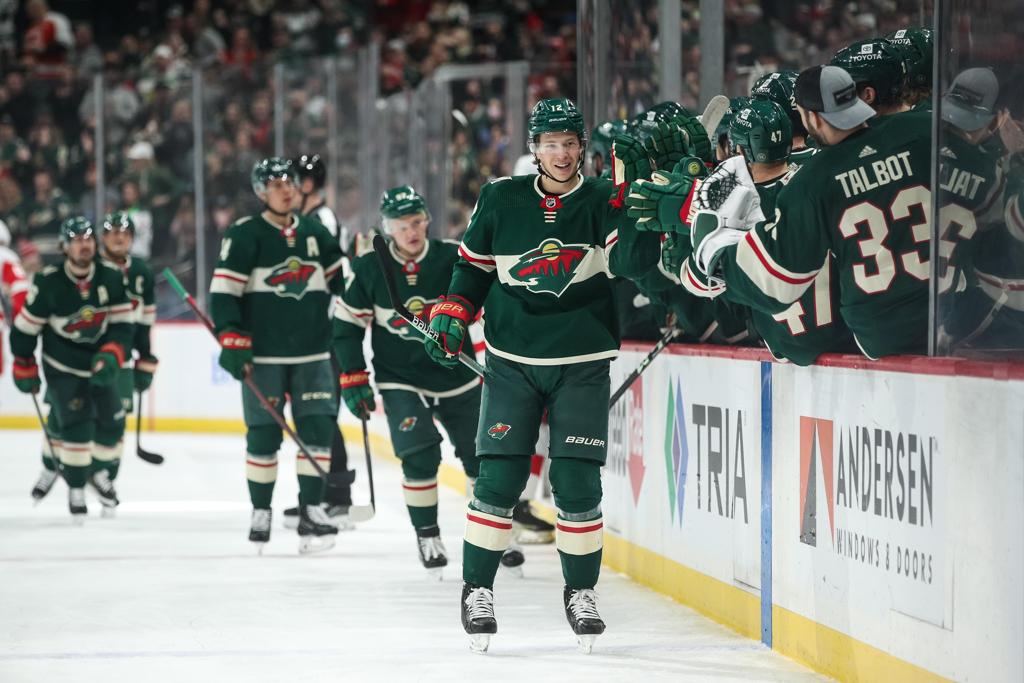 This past year, Boldy made his National Hockey League debut with the Minnesota Wild — a debut in Boston, no less, in front of friends and family who watched him score his first NHL goal. (If you haven’t seen it, the family reaction to the goal is priceless.)

“Yeah, that’s definitely up there, for sure,” Boldy said of his first Wild goal. “I think a lot happened this year with me playing my first NHL game. I had some injuries, so it was eventful, but it was unbelievable. It was a dream come true — everything I could have ever wanted.”

In all, Boldy scored 39 points to put him in the Top 10 among rookie scorers, despite only playing 47 games.

Whether Boldy, who also made a good bunch of highlight packages with his between-the-legs goal in April, knew any or all of those statistics is probably another story.

“No, honestly not too much,” Boldy said of scoreboard-watching his rookie cohort. “I try not to worry about that stuff too much. There were obviously a lot of good rookies who were lighting it up.”

Boldy closed out the season with points in 12 of his final 14 games. He participated in his first NHL playoff season, in which Minnesota fell to the Blues in five games, then he accepted an invite to play for Team USA at the IIHF World Championships.

By that point, the tournament was already in progress in Finland, but Boldy wanted in anyway.

“Our season in Minnesota ended a little earlier than we would’ve wanted,” he said. “[Team USA] had a good team already, just looking at the games they had played. And in talking to our GM Billy Guerin, who is obviously big in USA Hockey, it was just the possibility to go over there and get better, and to learn how to play in tight games that really matter.

“Things like that go a long way. And when USA Hockey asks you to do something, it’s pretty hard to say no. It wasn’t a really hard decision to make to go over once I got invited.”

Team USA made it to the final weekend of the tournament, but lost in the bronze-medal game. Boldy was back stateside by the beginning of May. 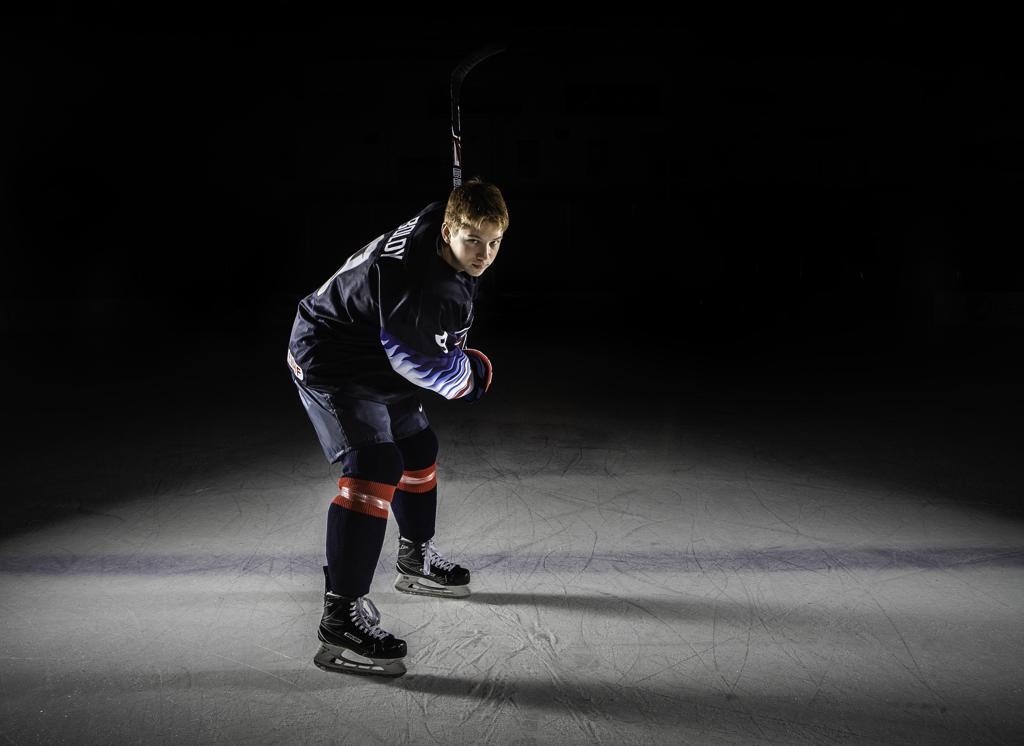 Ever since returning home, Boldly has been enjoying the offseason.

“I don’t do too much, to be honest with you,” Boldly said. “Catching up with buddies, and a lot of golf. Golf is a big part of it. Other than that, I’m a pretty relaxed dude. I like my downtime. Golf kind of takes up a lot of my summer with workouts in skates, too. I take it pretty easy.”

How much golf? A lot. A lot of golf. As the weather warmed in Minnesota, he and Wild teammate, former Boston University standout, Jordan Greenway, were playing as many as 36 holes a day. Now that he’s back to Massachusetts, the pace continues.

“Probably like four or five times a week, at least,” Boldy, whose PR for most holes in a day is 45, said of his days per week on the links. “That’s really my main hobby during the summer to eat up some time. Depends on the day, whether it’s 18 or 36 [holes].”

“I love Minnesota, obviously,” Boldy said. “I have no complaints about it, but all my family and friends are still here in Massachusetts, so it’s always nice coming home no matter what it is, even if it’s for a little break. For the summer, it’s awesome coming back and kind of being around my mom, dad, brothers, little sister and all my friends. It’s hard to say bye to Massachusetts, and I don’t think I’m ever going to, to be honest with you.” 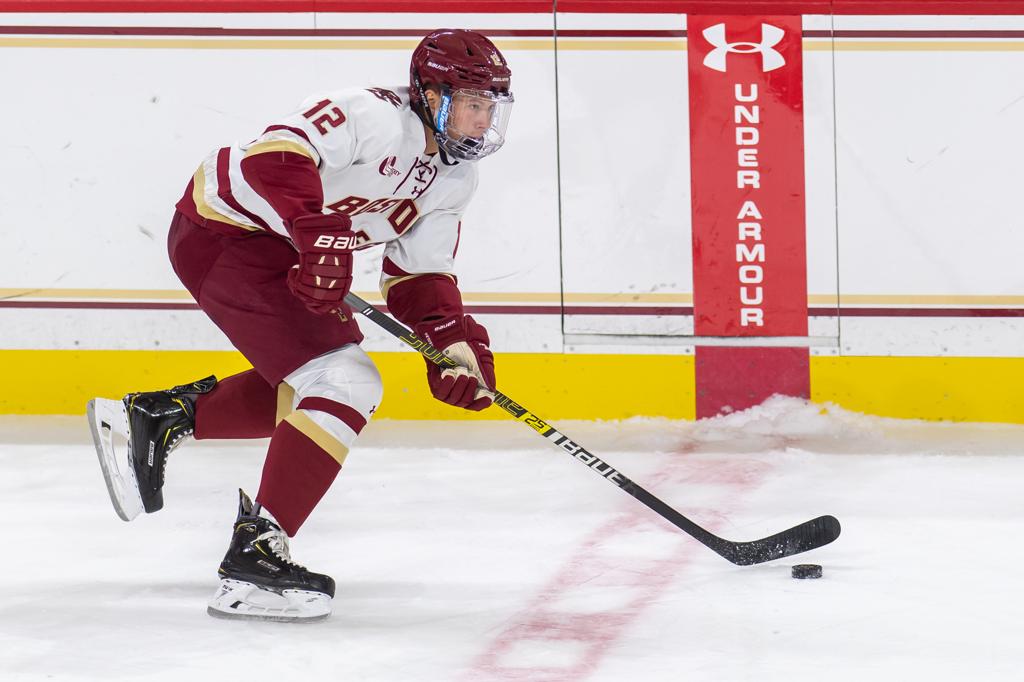 Back to the grind

“Sooner than later, for sure,” Boldy said. “I usually don’t wait around for too long. Kind of once my body feels a little bit better, and you can start getting that itch to get back out there. I’ll definitely get back out there and start skating pretty early compared to most guys. I skate with Adam Nicholas and a lot of the other NHL guys, so I’m just waiting for that schedule. We end up driving to a lot of different spots, but usually skate out of Thayer Academy in Braintree.”

When he does hit the ice, Boldy, who was +17 this past season, aims to work on becoming an even more well-rounded player.

“I work at a lot of different things,” he said. “Kind of multitasking them together — like, if you’re working skating, you can work on skating with the puck. Or, stickhandling while you skate. Just things like that, adding to certain skills at the same time. I’m also working on different parts of my game while making sure that I’m still thinking in game-like scenarios.”

The days of shooting hundreds of pucks in the offseason may be more a thing of the not-too-distant past, but he can definitely remember those days.

“When I was younger, there were certainly things I worked on, sort of isolated by themselves,” said Boldy, who turned 21 in April. “I guess now that I’m a little bit older and I’ve gotten them down a little bit more, it’s more doing those things in certain scenarios, rather than just doing them in an isolated setting. It’s just a little less specific, less one-dimensional, now that I’m older.”

Throughout the rest of this summer, he’ll also work out at Edge Performance Systems in Foxboro.

“I don’t do anything too out of the ordinary,” Boldy said. “I kind of put a lot of my trust into them. They’ve done this countless times with tons of really good players, so I kind of put my faith into them and listen to what they say to do.”

While even a season that ended too soon doesn’t leave for a long offseason in the NHL, Boldy isn’t far from starting what he can hope will be the first of many full seasons in the league. As for his goals, he’ll try to let them take care of themselves.

“It’s tough to say, but I’d like to go in and score goals and get assists and play well,” Boldly said. “So, for me, it’s just to go in, play well and let everything else happen. I try not to get wrapped up too much in points and assists. I think you almost get fewer the more you worry about them.

“The mentality is kind of, ‘Do what you have to do in the summer to show up and feel good.’ But it’s a lot easier to say before it happens — that you’re going to have an unbelievable year. There are a lot of ups and downs, and you have to go through them all, but I’m excited for it. 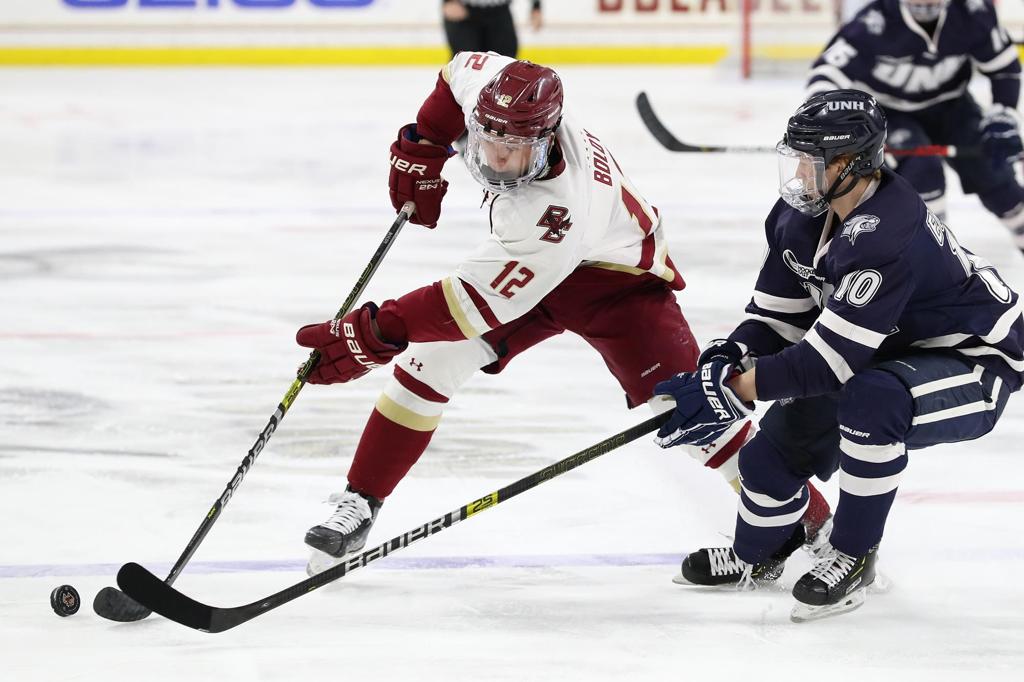 Having fellow Mass native and BC alum Guerin as the GM in Minnesota has helped, too.

“He’s done just about everything you could possibly do,” Boldy said. “He had an unbelievable career with Stanley Cups as a player and management. Him also being a BC guy is pretty cool. He’s an awesome guy, and an awesome GM. It’s nice having a guy there you can talk to who has been through it all. He knows the ups and downs, and he can definitely help you go in the right direction.”

For now, though, Boldy is glad to be relaxing in Massachusetts — playing golf, catching up with his buddies and family, and counting down to when he reports back to the Wild.

“For me, it’s an important summer to get a lot stronger and just get better in a lot of ways,” he said. “I think they put a lot of trust in us to go and do the right things and check in along the way. But they don’t worry about it too much. They trust that you’re going to go home and put in the work that needs to be done to show up and be at your best.”