Organized chaos? That’s not at all a bad thing in, among other forward-thinking associations, Falmouth Youth Hockey.

In fact, if someone who’s used to watching NHL systems and doesn’t have any idea about what’s happening on the ice at a practice in Falmouth’s gem of a facility on Cape Cod, it’s a compliment to Paul Moore.

Moore, Mass Hockey’s Coach-in-Chief, grew up in Falmouth, starred for the Clippers and Southeastern Massachusetts University, and played in more than 100 IHL games before returning to coach beside the fixture that is Buddy Ferreira at his alma mater. He has also served in integral roles with Falmouth Youth Hockey since the 1980s and played an instrumental part in getting that gem of a facility built – with a full sheet and a ½ sheet mini rink that’s ideal for cross-ice leagues, 3-on-3 games and practices.

And, yes, some of those games and practices just might look disorganized. On purpose.

“We’re getting challenged right now at Falmouth Youth Hockey about what our practices look like at 8U,” says Moore. “’Oh, there are too many kids in the ice. Oh, there’s too much chaos.’ I’m, like, ‘Well, thank you for the compliment.’ As long as it’s organized chaos, they’re doing the right thing. And we’ve been successful at it.”

Times have changed, and Moore, who clearly remembers the era of Bobby Orr and Brad Park and reliably frozen ponds in the Northeast, has not only changed with them, but also played a part in helping change the game in the area.

The game has evolved. Players have evolved. Hockey is less a structured game of single lanes than ever. And though there is less of the naturally available outdoor game than ever, the indoor game has taken on a lot of those unstructured outdoor qualities.

“We talk about the ponds when they used to freeze, and there are probably no parents around – just a bunch of kids out there, and you never shoveled it 85 by 200,” says Moore. “It was always a little area and kids having fun, and it gave you the freedom to be challenged, to make mistakes and to learn from them in an unstructured environment. I think the unstructured play, whether you are 8U or 18U, is basically letting the game be the teacher. Too often you can over-structure and overanalyze things to the point where we can handicap growth and development of our players.” 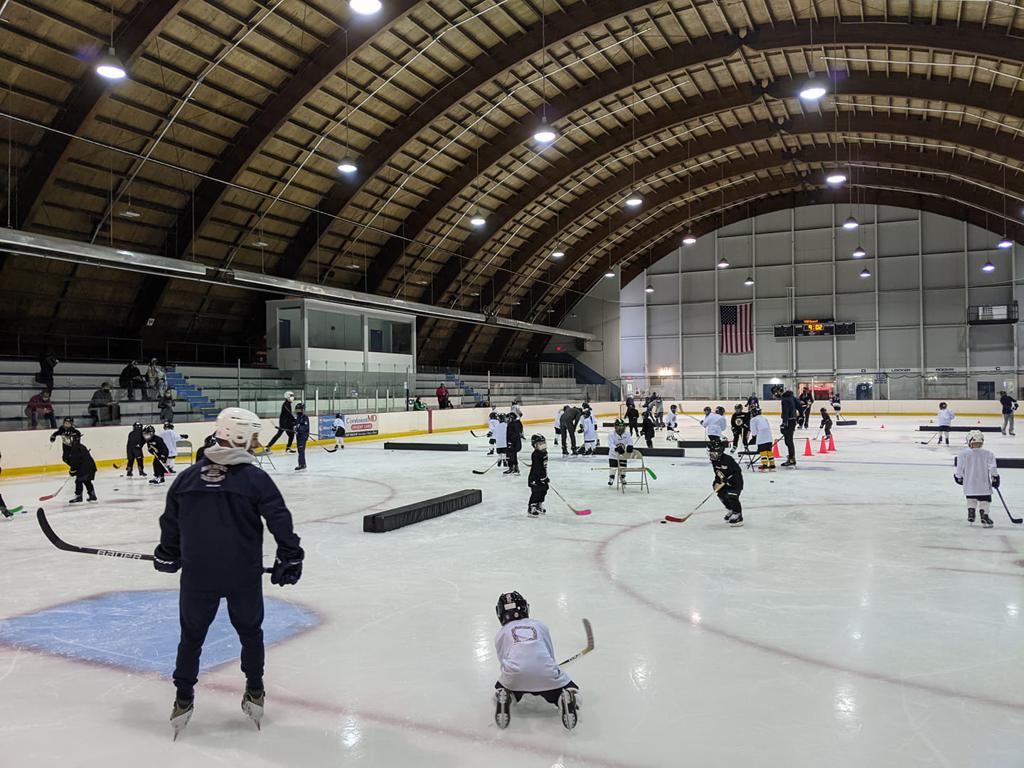 The American Development Model remains central to what Moore aims for in terms of developing hockey players as athletes. Stepping away from organized play can help bring out the best in young athletes – from being on the ice with pucks or ringettes or soccer balls and tennis balls, to being at home in the basement or driveway or living room stickhandling with a golf ball, to playing other sports entirely.

Parents who expect to see their kids’ times on the ice look like an NHL game might instead find something entirely different.

“The problem at 10- and 8U is that parents want the game to look like what they see on TV, which is a 200-foot game,” Moore says. “And we have to do a lot of explaining why we do cross-ice.”

Parents may wonder why there are no faceoffs. Or whistles. Or offsides. Or a blue line.

“These are all great questions to ask, and we have the answers,” says Moore. “It’s important for associations to educate the parents, the stakeholders. You can explain it to them. There’s more puck touches. There’s more conflict in the game. There’s more grinding and body contact. The more of that you can get at a young ages, it’ll make you a better hockey player. And it’s more fun. Then they have that a-ha moment.”

For Moore, there is a method to any perceived madness.

“Our 8U coaches in Falmouth right now are just all in,” he says. “They understand the structure and how to run it. It can be chaos, but it has to be organized. The method looks like 30 ringettes on the ice and 15 soccer balls and tennis balls. And kids are out there having fun. They’re using their edges and not even realizing it. More skill than you can possibly imagine in small areas – whether it’s the edges or backward skating or crossing over or puck-movement and stickhandling skills.”

Stepping away from the rink can return dividends, too. Basements and driveways (or living rooms) are fertile ground for developing athletes and hockey players.

“It’s where the magic happens,” says Moore. “They’re figuring it out. They’re problem-solving along the way. Whether it’s their wrist shot in the basement or stickhandling in the driveway – or the living room – it’s building skills. They’re building them on their own, and they don’t need anybody to tell them what to do. Getting out of the way sometimes is the most valuable thing I do as a hockey coach.”

These days, it’s also important to remember that the athlete in question is living what can be very structured, very scheduled, very busy and often specialized – and stressful – life between school and hockey, which can bleed over both fall and spring sports.

“The season is too long,” says Moore. “But that’s all just the way it is right now. So I think it’s even more important to emphasize the unstructured play, because if you have them for two practices, skills and a game, you have them four times in a week. Are you really going to put the pedal down on them from September until March? You foster that unstructured play, the fun meter goes off the charts and kids are engaged. And it doesn’t feel like work.”

Maybe it feels like the very best kind of organized chaos. 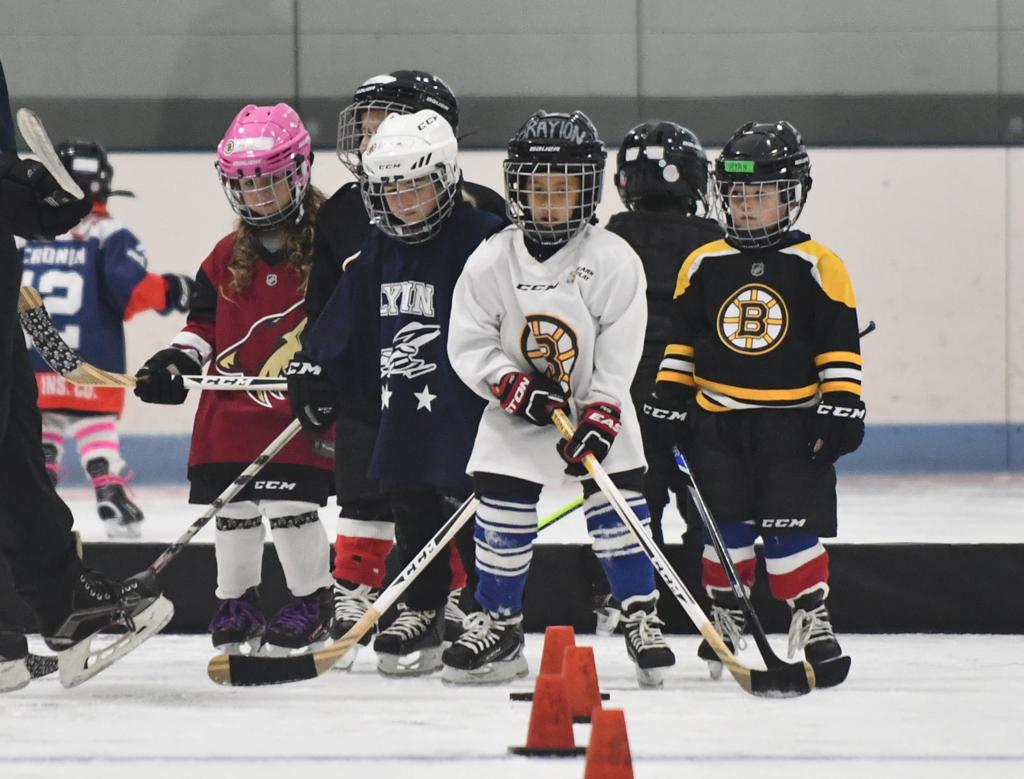 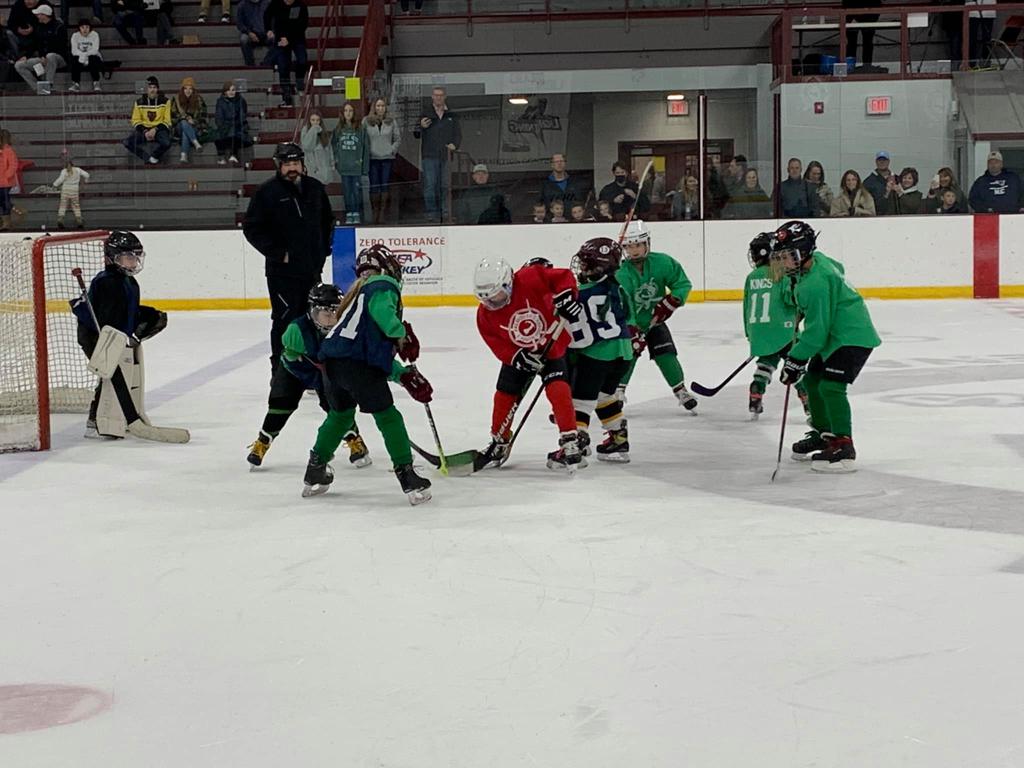