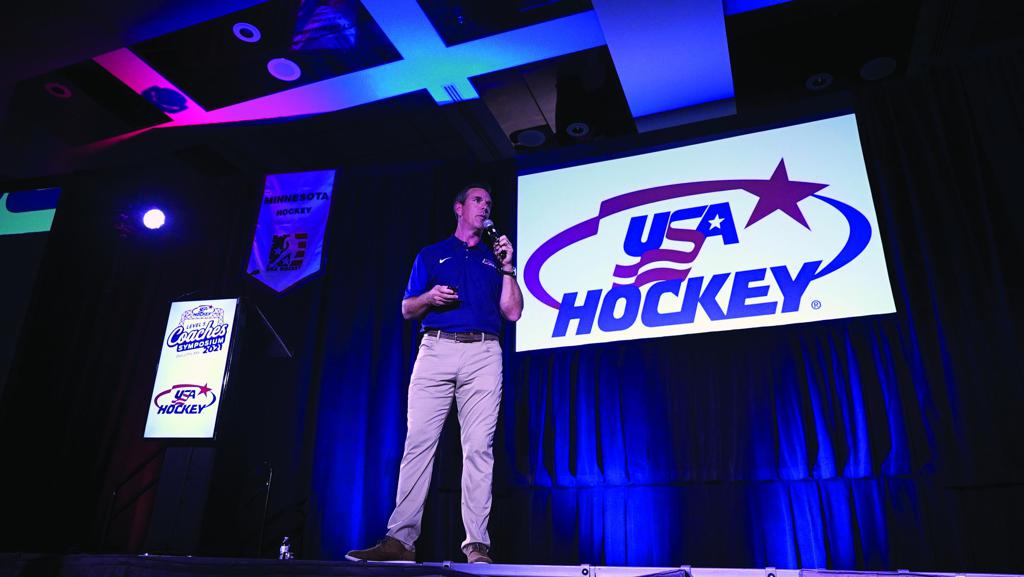 Among the many events postponed by COVID-19 was USA Hockey's Level 5 Coaching Symposium in Duluth, Minn.

A year later, this past August, Duluth and USA Hockey, with four days worth of presenters, breakout sessions and camaraderie, had their chance to shine.

Among those in attendance – where 37 states were represented – were three coaches with deep ties in Massachusetts, including two coaching youth or high school teams.

“How amazing is it that [their youth] players have a Level 5 USA Hockey coach going back to volunteer their time and giving back to where they probably played as a kid?” said Julian Giantonio, an Everett native who has coached at Tufts, Williston State College, the University of Delaware, UCLA and Robert Morris. “I felt like I had great coaches growing up, but can you imagine the level of hockey that is being played because these kids are now being coached by Level 5 coaches? How much better are the players going to be after having that kind of a coach teaching them the game of ice hockey?”

Also making the trip to Duluth were Derek Chandonnet, the Massachusetts Hockey District 6 Director, has been coaching for the better part of 15 years, and Earl Corey, a hockey father of four and coach in the Minutemen Lady Flames program. 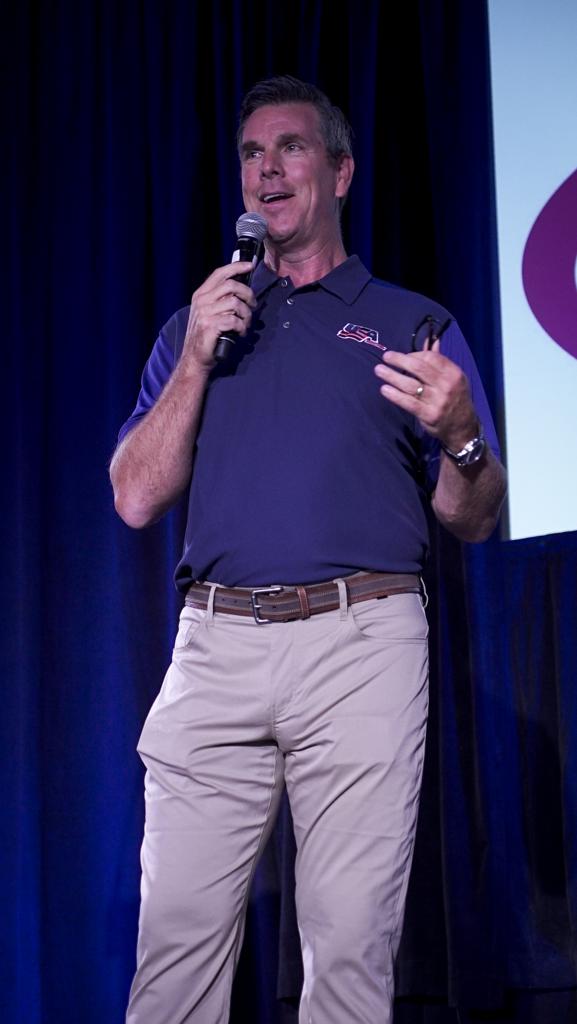 “It’s invaluable,” said Chandonnet, who has coached at just about every level from high school down to bantams, pee wees, squirts, and, now that he has a 5-year-old playing, mites. “These men and women came out and took their time to pass on their knowledge and experiences. Afterwards, they let us pick their brains even more. That was awesome. I think the overall experience is a home run.”

For Corey, who also sneaked in a side trip to the U.S. Hockey Hall of Fame in Eveleth, a highlight was the presentation from Sullivan, who referred to a couple of books – The Talent Code and The Playmaker’s Advantage – he had already read.

“It was great,” Corey said. “ [Sullivan] mentioned those books, and it connected to the way he’s running his team and what the coaches at that level are actually thinking – things like practice and the more you do something, the more your body gets used to doing it, and the connections between the brain and muscles. That was the one that kind of stood out with me.”

Overall, though, it was the full breadth of the experience.

“I had an awesome time,” said Corey. “I just think it was just hanging out with all the other coaches, talking about what they’re going through and the similarities, along with the different viewpoints and how to work with kids at different stages. One of the biggest things to take away is that your education is never-ending. I come out of there with different ways of thinking.” 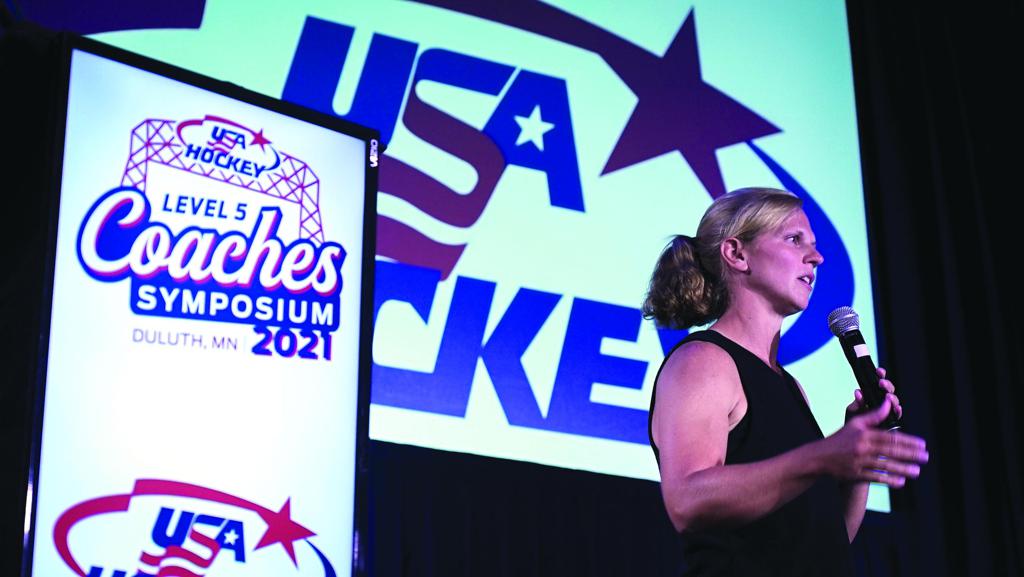 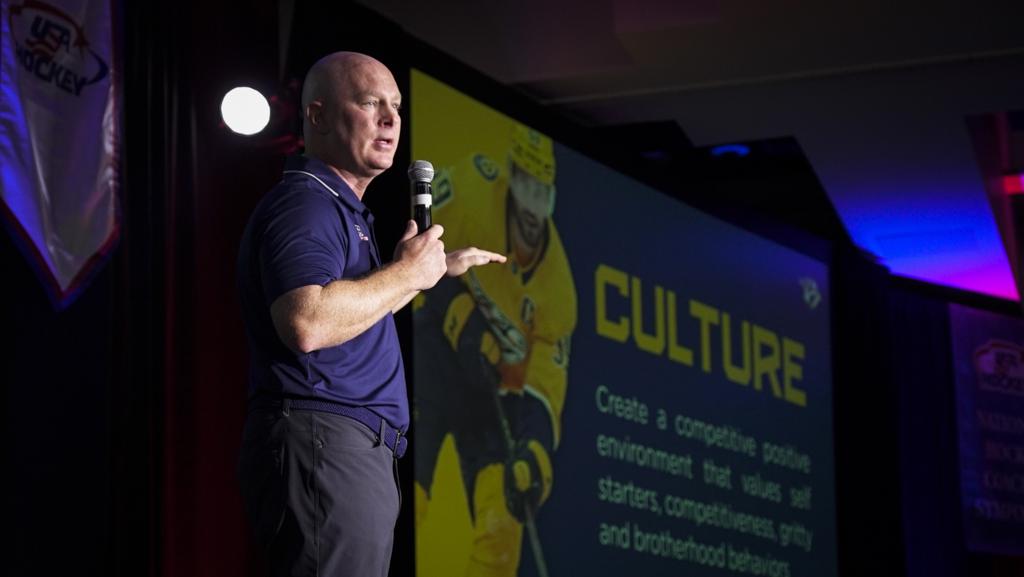 Giantonio, who had just returned to Chicago, has been ready to hit the ice since.

The lakeside city of Duluth didn’t disappoint, either.

“The whole trip in and of itself was just amazing,” said Giantonio. “I flew into Minneapolis and drove to Duluth. Once I got there, the entire city was just bouncing with people. There was a road race, and there was a bike race, and there were people going to the lake. It was just a beehive of activity. And to be at the center of it with the hockey was awesome. You have the amazing rink right there in the middle of everything, and the sense of togetherness and that fun atmosphere was just incredible.”

That sense of togetherness may not have been by accident.

“I don’t know if this was by design or coincidence, but everybody seem to be talking about culture,” Giantonio said. “It seemed every coach, every guest and in every breakaway session, the underlying theme was culture and how to build team culture. Everybody talked about ways to build that and create that – people putting aside accolades and put putting the team first. I want my players to always be building each other up, trying to make them better to collectively make the team better.”

It’s one thing to hear through grapevines about the American Development Model, and it’s another to have incorporated much of it into practice plans for years, but it’s even more compelling to hear how it’s working for and being put to work by some of this country’s most successful coaches.

“A few of the speakers talked about getting rid of the cones and doing a lot of game-type situations,” said Corey. “So, kids are learning, but it’s not repetitive and it’s fun to practice. It’s changing the way to run a practice with cones and simulating that with team-type drills.”

At all levels, coaches can learn from the Level 5 Symposium’s ADM teachings.

“I think the ADM model and to just keep pushing that model is huge,” Chandonnet said. “Getting kids on the ice more, getting them to love the game and coaching them at the appropriate level. At the mite level, if you can get them to realize they should spread out, that should be the victory – not to have designated positions.”

All three coaches left Duluth feeling more connected to what ranges from a volunteer passion to a profession.

“I think it’s building passionate coaches,” said Corey. “They want to learn more and they want to embrace change. I think it’s beneficial for the [USA Hockey] to present information in a way that the coaches can get passionate about adopting, like the ADM, when it first comes out.”

Giantonio, too, enjoyed being a part of something bigger.

“The old-timer guys, to listen to those guys to tell their stories, was just so much fun,” he said. “On the ice, they are fierce competitors – but, after the game, they’re hanging and going out to dinner. They’re telling jokes and having a great time. That’s kind of been lost over the years. And I can kind of see where people are sort of at arm’s length because everybody either wants the job that you have or they’re trying to get the job that you also want.”

At the end of the event, when all the coaches return to coach their players, helping pay it forward, coaches are in this to make young hockey players better hockey players.

“I love the camaraderie,” said Giantonio. “I love taking a player that’s average and making them good, a good player and making them great, and a great player to elite. I think that’s what coaching is all that. Helping a kid get by the preconceived notions of their limitations.”

Chandonnet, who after 15 years of being an assistant high school coach, will have his first head coaching role this season – while also coaching his 5-year-old.

“Coaching is just such a broad word,” he said. “I am a coach, and I am a mentor, and I am a friend and a father. It’s fun. We might go to high school practice right after school and it’s intense and then you go to the little guys and they come out like, ‘Coach, we’re getting McDonald’s for dinner!’ Yep, happy meal night, Lily. Little Lily, she’s 4. And so you go out and try to make it fun. She’s pumped for McDonald’s. In my opinion good coaches have the ability to coach an either situation any situation. I guess I just consider myself a coach.”