5 Ways to be a Supportive Parent 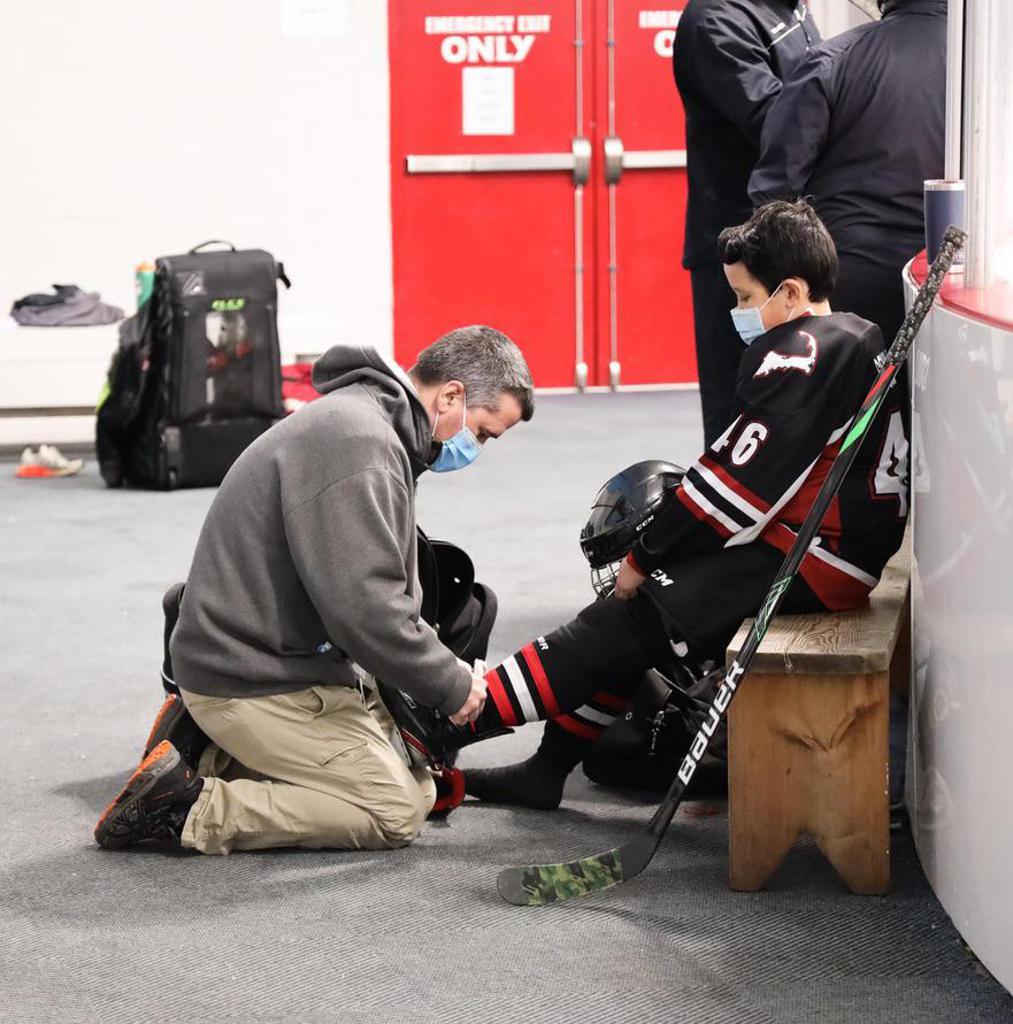 “’I loved watching you play today,’ that’s what kids want to hear from parents."

Playing youth sports isn’t easy. There are new physical skills to be acquired, new rules to follow and all kinds of challenges along the way. And that’s before a young player even starts to let all sorts of off-ice thoughts to get in the way of progress.

For Chris Fay, Partnership Manager at the New England Chapter of the Positive Coaching Alliance, getting young players back on track is the goal.

“Winning is important, winning is fun, and we should be striving to win every time we take the ice and the field,” he says. “But it’s not the only thing. So, what we do is train coaches, parents and athletes on every topic you could think of related to high school and youth sports, and doing things the right way.”

And when it comes to training what’s between the ears, that can be even more complicated than playing the games themselves. The mission of PCA – a nationwide nonprofit that works with countless coaches, parents and athletes across the country and whose National Advisory Board includes a good number with ties to New England, including Tommy Amaker, Brad Ausmus, Doc Rivers, Brad Stevens, Katey Stone and Jerry York – is to: “Be a catalyst for a positive youth sports culture in all communities across the U.S.”

Stress is real for young athletes, and with the pressures to participate, play well, develop, perform and succeed – let alone having something like a perceived future in the sport at stake – these can be particularly stressful times for hockey players.

Considering how much of the game is played between the ears, where all those thoughts might be competing with muscle memory and simply what to do next with the puck, one could see how young athletes would benefit from a helping hand in managing those thoughts.

For Fay, who played baseball at Gettysburg College, it comes down to controlling what a player can control.

“Often, players are putting so much pressure on themselves, trying to think about and alter things that really aren’t in their control,” he says. “Whether it’s the other team or the ice surface or how a coach may react, all these things they can’t control. But if they could focus all of their energy and attention on just what they do have control over, that’s when anxiety goes down and confidence goes up.”

As it turns out, parents can help.

“When talking with parents, you’re starting with number one: Recognizing why you signed your son or daughter up for hockey,” says Fay. “What did you want out of it?”

Fay says parents will often respond with the ideals so many of us see as worthwhile – things like teamwork, resilience, grit, compassion and empathy. But while that’s what they say, it isn’t always what they present. They might instead ask why their son or daughter passed rather than shot or didn’t try harder.

“What are you hoping to use hockey for? As a vehicle to teach life lessons long after the game’s final whistle,” he says. “It’s up to the parents and the coaches to reframe what’s happening on the ice so kids can take it to other areas of their life. I think we get so caught up in the scoreboard, rather than looking at it and saying, ‘Hey, how can we make this so a child can grow as a person?’”

Losing can come in especially handy in this regard.

“Let’s say you lose to a team you think you should’ve beaten, what a great opportunity to talk about grit and bouncing back,” says Fay. “So, it’s not taking that narrow focus of losing the game, but instead looking at where they can win in that bigger picture.” 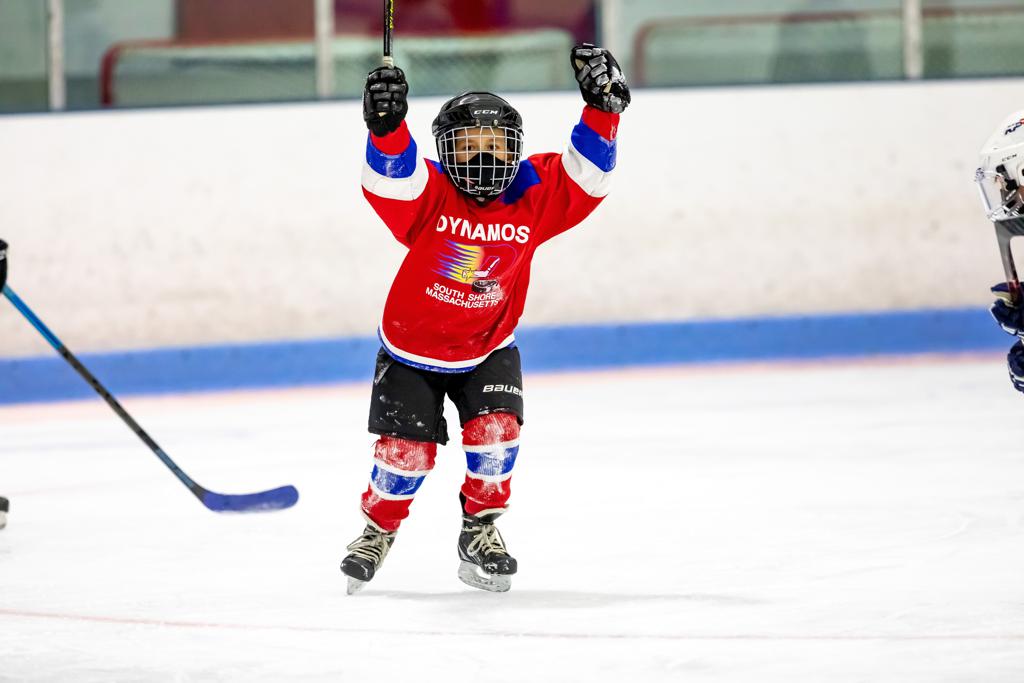 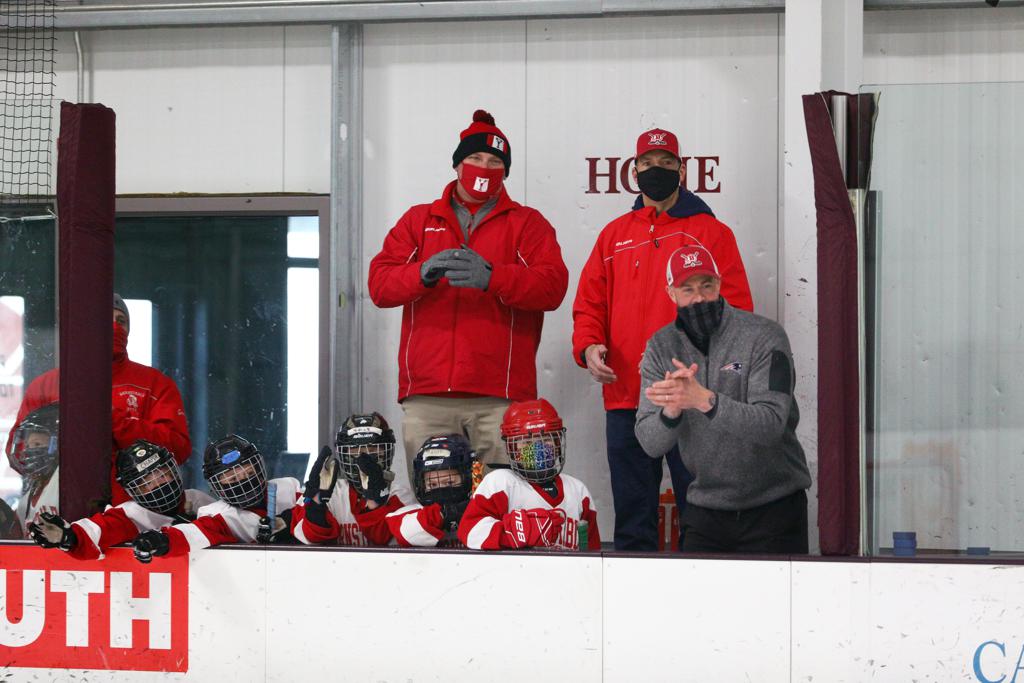 From the stands, we can see quite a bit. So why not notice how our youngest players are moving on the ice, after the whistle or on the bench?

“A player that looks into the stands after every shift, they are playing with pressure they shouldn’t be playing with at that age,” Fay says. “They’re already trying to play a hard game, but then they have in the back of their minds whether mom or dad is upset. Is the body language positive or are they down? That certainly is something we emphasize with our parents.”

3. Let it be the player’s game

Fay suggests keeping in mind that playing hockey should be their dreams and not something for their parents.

“As a parent, if we want hockey for them more than they actually want it, then we are robbing them of that self-motivation,” he says. “And without self-motivation, they’re not going to play the sport for very long. We want them to own it. If they feel like they’re in charge of their own development, they’re going to stick with it longer. So I think that’s a big one.” 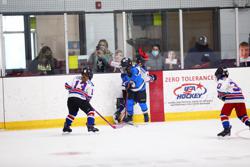 “Parents after the game, that’s something that some kids can dread,” says Fay, who remembers a teammate in youth baseball who would drive home with his father after a win but hope for a ride from his mom after a loss. “They just poured their hearts out on the ice, and they’ve played the game, and they’ve heard feedback from their coach, and they want to move on.”

Fay encourages parents to talk about the kinds of things kids might want to hear after a game.

“’I loved watching you play today,’ that’s what kids want to hear from parents,” he says. “And that lines up with another study – one that shows when kids are asked who they want cheering them on, first and foremost, they say it’s grandparents. Typical grandparents are relentlessly positive. They truly do just love watching their grandchild play. They’re not concerned about the scoreboard for the playing time. They want to embrace the moment.”

Because progress can be slower in a kid’s head, too, it doesn’t hurt to hear that progress sure looks like it’s being made.

Occasionally thought of as a counterintuitive way to learn, failure can be very much a part of developing a better hockey player and young athlete.

“We want to keep our kids safe, and there are certain places we don’t want our kids to fail from a pure safety standpoint, but sports is not one of those things,” Fay says. “You hear a lot of sports talking about getting rid of scoreboards. Why? You’re robbing the losing team of an awesome lesson – being able to bounce back and show resiliency. Embrace failure. Make failure your fuel. What an awesome opportunity, when you lose, to demonstrate those personal skills that are going to go with a player for many, many years. It’s a huge thing and parents should embrace rather than run from it. It’s a great opportunity to grow as a person.”

Again, parents can be central to the equation — in one direction or another.

“We work with a lot of coaches who go to great lengths to create a positive culture,” says Fay. “And that could all be ruined in a car ride home with mom and dad. Most parents are awesome. But if one is talking negatively about a coach, how can a player then go and give maximum effort to someone mom or dad just said wasn’t very good at their job? It just creates this division and it puts the player in the impossible situation.”

Ultimately, the fewer negative thoughts – or, in some cases, maybe the fewer thoughts at all in the moment – that are running through a young player’s head, the better. A player unburdened by negative thoughts is likely more primed to reach their own potential than a player who is thinking about any unnecessary pressures that come with that potential.

“How often is a player upset about the bad pass in the first period or worried about the car ride home?” Fay says. “They’re not just playing in the moment and playing the most important shift of the game, which is the next one. And how much better we can be as players if we’re just playing in that moment? That’s where the confidence goes up and the anxiety goes down.”

“We want to keep our kids safe, and there are certain places we don’t want our kids to fail from a pure safety standpoint, but sports is not one of those things."