Dave Caruso on the importance of playing multiple positions 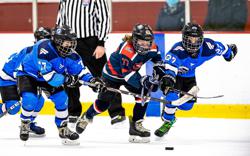 Not so long ago, one of the great hockey crimes a player could commit was to – gasp! – stray from their lane. The idea was to stick to defined roles along the lines of a rod hockey game. Left wings stayed on the left wing and right defensemen stayed put, back and to the right.

For Dave Caruso, a well-traveled and highly credentialed manager of USA Hockey’s Coaching Education Program, the idea now, particularly at the younger ages, comes down to focusing more on positioning than positions.

“Once you drop the puck, you’re playing hockey,” he says.

And the more positions, roles, decisions, scenarios and consequences a player can accumulate throughout their youth hockey experience, the more effective all over the ice that player can be. This is especially true at the youngest ages. 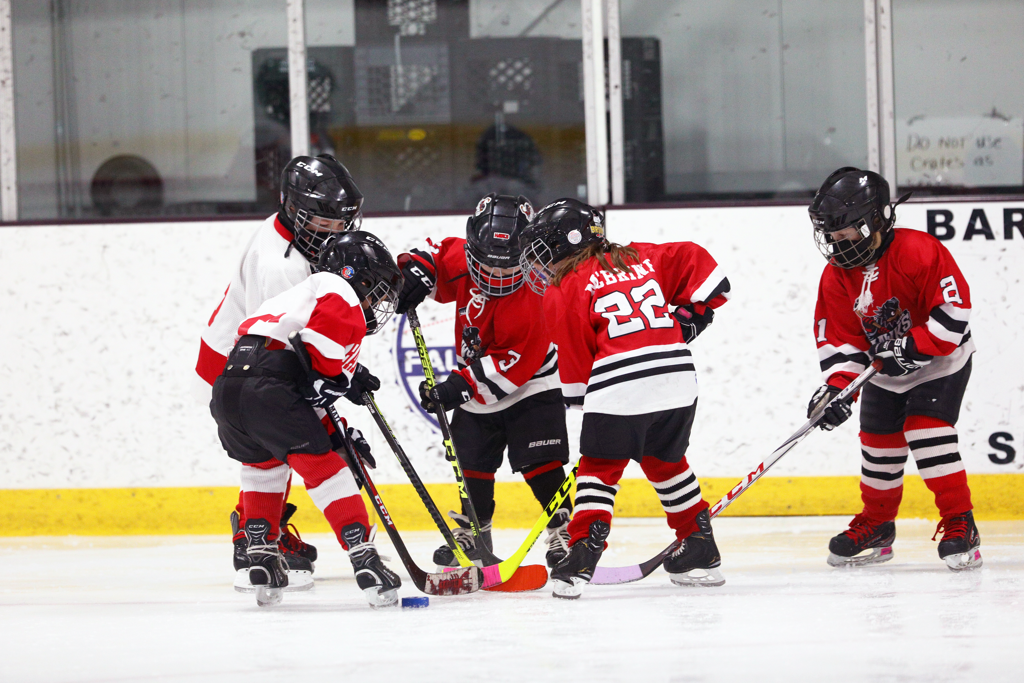 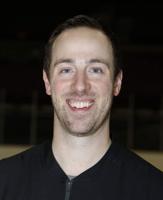 “What we have been trying to teach our coaches and athletes is the four roles of hockey. In today’s game, whether it’s at the highest level or at youth level, there are four roles of hockey: It’s offense with the puck; offense without the puck, so that would be all the other five players on the ice, including the goalie; on the defensive side, you have a defense person at the puck; and then you have the five other players who are supporting and playing defense away from the puck. The game of hockey has turned into this.”

Growing Up In Michigan, It Was Both Hockey And Baseball For Padres’ Jake Cronenworth

Born on Long Island before his family moved to Georgia, where he became the first Atlanta-developed youth hockey player to reach Division I hockey, Caruso played junior hockey for the Boston Bulldogs, followed by four seasons at The Ohio State University and six seasons of pro hockey that spanned more than 230 games in the ECHL and AHL. As a player, Caruso was a goalie. As a coach, he’d like hockey players to see games from every angle – including in different sports.

“If you look at the NHL, players who played multiple sports while growing up, 98% played more than one sport from 5 to 14 years old and 80% played multiple sports after 14," Caruso says. “And taking that from a hockey standpoint, having those players being able to play multiple positions and have that understanding is really only going to help raise their ceiling and make them better players overall.”

On offense, players are afforded the opportunity to skate a bit more and play a little closer to the net in the offensive zone, while also learning to support both linemates and the defense. Someone prone to playing defense who’s taking a turn at forward can also pick up all kinds of valuable intelligence on how a forward might think. And vice versa. Forwards playing D can gain intel on what might be easier or harder to defend than they thought.

On defense, there is, obviously, more skating backward, too, but learning to become a good enough skater to angle an opposing offensive player becomes vital as the game picks up speed. And as it evolves, defensemen are more important to offense than ever.

“The fun part is that you get the puck often in the d-zone, and you can turn it up to play offense,” says Caruso. “Then you can jump in the play like Zach Werenski, Seth Jones or Adam Fox. Typically, you have fewer defense people than forwards, so you also tend get on the ice more.”

Caruso, who set an Ohio State record for career GAA at 2.06 in 96 games, believes goaltenders should also be part of the position cycle.

“At 8U, we want all players who play hockey to try goalie,” he says. “We have those quick-change goalie pads through Pure Hockey and, hopefully, it gives those opportunities to get in and out of the gear so they can try the position. And what we’re hoping for is the new Gordie Howe hat trick: It’s a goal, an assist and a shutout, all in the same 8U game.”

What to do, though, when a player insists he or she is a certain position?

“We have a lot of goalies who say they only like to play goalie at 9-years-old,” says Caruso. “We’re not telling them, ‘Hey, don’t play goalie, you need to do this.’ We just know that the experience of many different movements is going to make them a better athlete. And the best athletes usually turn out to be the best players and enjoy it most. We’re not trying to take what you love away.” 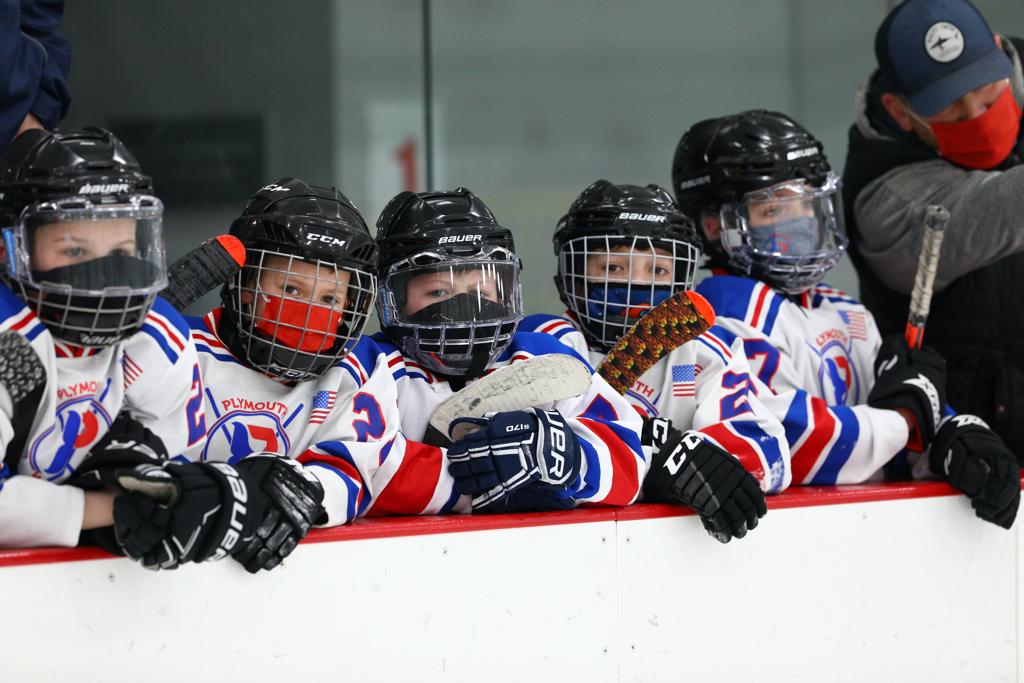 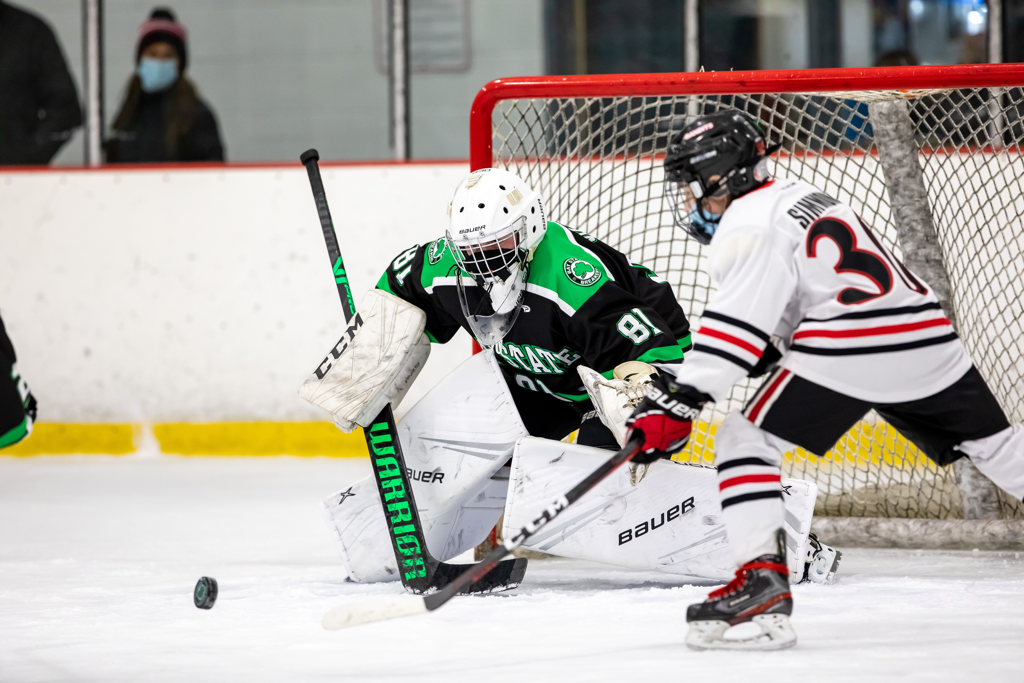 To say nothing of the many stories of late-blooming goalies who didn't begin to focus on the position until after 10, including a few Caruso can think of in the NHL, any insistent young goaltender can grow in the net by playing away from it, too.

“Our goalies need to know what their forwards are doing because that’s going to make them better goalies,” he says. “The hardest thing for our goalies isn’t knowing what the opposing offensive players are doing. It’s knowing some cues and tendencies that defenders are going to do, reading some body language on those different situations. That will improve our goalies because they will have that awareness of the full ice.”

As players get a little older and their understanding of the game becomes more sophisticated, moving past the idea of simply offense and defense, the concept of positions and positioning can come into play.

“At 8U, there is no position,” says Caruso. “We fully support cross-ice or half-ice hockey at that age, and, where they are cognitively, you are either on offense, you're playing defense or playing goalie. Once you get to 10 or 12, or older, more of the positions and where they stand on the ice to start the play is important.”

However, Caruso points out, once the play begins, roles are the key.

“What we have been trying to teach our coaches and athletes is the four roles of hockey,” he says. “In today’s game, whether it’s at the highest level or at youth level, there are four roles of hockey: It’s offense with the puck; offense without the puck, so that would be all the other five players on the ice, including the goalie; on the defensive side, you have a defense person at the puck; and then you have the five other players who are supporting and playing defense away from the puck. The game of hockey has turned into this.”

These days, winning hockey games comes down to working within and through those roles quickly.

“Your players thinking about those four roles, with the puck and without the puck, have to figure out what they can do to improve their chances of scoring or defending,” says Caruso. “In the really, really good teams and with good players, those are the quickest to move from one role to the other. That’s transition hockey and the difference between great teams and average teams, changing the roles as quickly as possible.”

Coaches can also help in this endeavor through practices that focus on cycling through positions and roles.

“Having a theme and consistency throughout a practice will help the learning and focus,” Caruso says. “If we have six drills, all great but they don’t go together, the focus is scattered. If you can have that focus, as in, ‘Today, we’re really super-focused on role No. 2,’ supporting the puck. As a coach and as players, we’re trying to support pucks, no matter what the drill is and we’re going to hold each other accountable.”

As the game evolves away from a once-strict world of keeping in one’s lane, the more decisions across more parts of the ice, the more different ways a player has to read and react to the game, the more versatile that player can become. Exposure only to almost exclusively offensive or only defensive situations can be limiting.

By high school, that is about the time to consider a player to have their position – a point by which, hopefully, they have already tried them all many times.