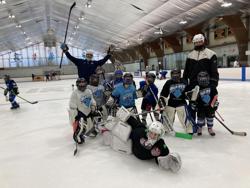 We’re catching Erick Kainen, Massachusetts’ new Goalie Coach-In-Chief, at an interesting time. While he has unofficially been preparing for the role for years, he’s all of a couple weeks on the clock after taking over for Brian Eklund, who held the role for the past 2 years and is moving on to work with the New Jersey Devils.

Kainen, whose day job is as a teacher on Cape Cod, grew up a goalie in Wellesley, and he managed to play a bit of junior hockey after his Wellesley High School career before taking on various coaching roles with USA Hockey, Everett High School and Tufts University.

“I had a blast playing goalie,” he says. “Honest to god, I had such a fun time playing. I really did. It’s an amazing position. I really want kids who care about the position to have the best experience they can.”

While Kainen doesn’t see his own new position in a vacuum, he’d also like the position of goaltender to be viewed less in a vacuum, too.

“I think one of the biggest concerns of any player or coach is developing hockey sense,” says Kainen. “And if more players are exposed to the position of goaltending and they’re playing it in their younger years, that goes a long way to developing your hockey sense. It really does. And I want to help promote that.”

“If there’s a mite or a squirt or pee wee, and it’s your week to go into the net, you get to see the game in a whole different angle,” he says. “I think those different perspectives are huge. And I really want to help create an infrastructure in the state to help educate coaches and associations about the benefits of doing that, and to help them encourage it.” 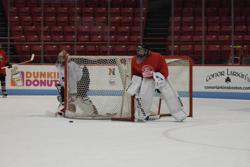 For Kainen, goaltending was always an important position to him. It was between his senior season and his junior hockey days, though, when a jarring accident had Kainen realizing just how much the position meant to him.

Not long after his 2002 graduation, Kainen set off for what promised to be the adventure of a lifetime. Three months of Outward Bound challenges across Colorado, California and Utah awaited. But so did an accident that could have left him paralyzed – one that found him on a canyon floor in Southeastern Utah, miles from anywhere, 20 feet below a ledge off which he slipped seconds earlier, with a fractured L1 vertebrae and a left middle finger that “looked like a Z.”

Kainen and his fellow hikers would have to wait hours for a helicopter airlift, by moonlight, no less, and there he was thinking about … goaltending. He had already intended to make a run at playing junior hockey, and that wasn’t something he wanted to leave on the table.

“After I had fallen, one of my first thoughts was, ‘I’m really worried that I won’t be able to play hockey,” says Kainen. “And I love the position so much, I was so passionate about it, that I wanted to make sure that I kind of followed through on it. In between the time I made the commitment to Outward Bound and my accident, I realized that I really wanted to keep playing.”

With the relatively good fortune to have fallen the way he did, Kainen managed to recover to the point of returning to the ice in April of 2003.

“You really think about, like, ‘Oh my god, I’m not going to be able to play again,’” he says. “Until you find out, you just kind of assume worst-case scenario. When you fall, you’re not thinking about anything, you’re just shocked you’re falling. It all happens so fast. But when you actually get down there, you start thinking of stuff like, ‘Oh, this is not good.’”

Kainen eventually felt as if he hit his own on-ice goaltending ceiling while playing junior hockey, but it wasn’t long before teaching and coaching became a significant part of his day-to-day going forward. These days, moving forward means building on the steps Massachusetts Hockey has already set in place for fostering goaltending growth in the state.

“I’m just trying to get the pieces together more than anything,” Kainen says. “I’m trying to put the right people in place and put together a network of GDCs and GDLs who can be partners. They have some good pieces in place as it is, and I just want to work with them because we’re all trying to do the same thing – help kids achieve the best versions of themselves as hockey players.” 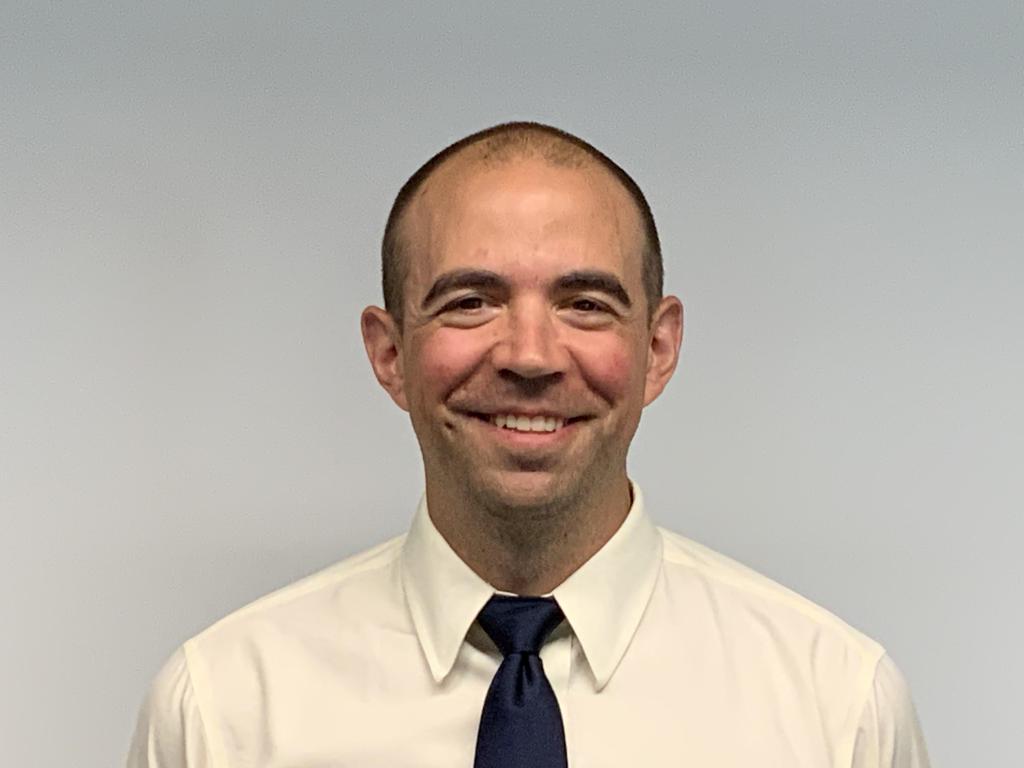 “If there’s a mite or a squirt or pee wee, and it’s your week to go into the net, you get to see the game in a whole different angle. I think those different perspectives are huge. And I really want to help create an infrastructure in the state to help educate coaches and associations about the benefits of doing that, and to help them encourage it.”

A benefit of removing barriers to the position might also include removing stigmas around what it means to be a goaltender and even any mysteriousness around coaching goalies.

“It also takes pressure off kids,” says Kainen. “Kids’ main priority is to have fun. A 10-year-old should not feel the pressure of an organization on him or her to perform. So how do you solve that problem? You promote the position as much as you can and you get kids rotating through the position. I really want to help put the right pieces in place to promote that.”

Goaltenders are players, too. And in terms of coaching the position and the players – whether just passing through or deciding to stay a while – Kainen sees an opportunity there, too.

“The common reaction we get from coaches when we tell them about the goaltending section of the CEP sessions is, ‘Oh I don’t know … that’s way too complicated,’ and it’s really not,” he says.  “They already know a ton. If you were a forward, what did you look for coming down the wing? You’re playing the same game. This is not complicated, and I think that’s a conversation that needs to be had.”

Coaching a goalie doesn’t necessarily require knowing the latest trend or taking a stand on the virtues of the RVH.

“This is about angles, this is about depth, this is being square and pushing into the saves,” says Kainen. “However you do that might look different from one kid to the next, but it all has the same fundamentals.”

From a technical standpoint, fundamentals are the underpinning of Kainen’s approach to the position – and those fundamentals become the building blocks of creativity.

“It’s the same as how I teach,” he says. “Master the basics so you have the permission to be creative. And then you can let your style shine through. But you can’t do that unless you understand the basics and the core tenants of the game. You have to always be preaching the basics and mastering those. Then you gradually increase the complexity as you gain more mastery.”

There is also the matter of USA Hockey’s “51 in 30” mission, which sets the lofty goal of having 51% of the minutes at the highest levels of pro men’s and women’s hockey played by Americans by 2030.

“I take it seriously,” says Kainen. “It’s only daunting if you look at it through the wrong lens. You’re not trying to do this by yourself. There’s a reason why there’s a country that is a part of this concerted effort. I’m going to do my part, that’s what you say to yourself.”

Ultimately, Kainen is looking for partners who are looking to take the same journey.

“I just want good people who want make a difference,” he says. “I was interested in this job because I want to make an impact. And I want to know people who have that same mindset. They want to see Mass thrive, to see associations healthy and not burdened by the negative clichés. I think we have a chance to do that.”