Like most high school seniors these days, we’re catching Concord-Carlisle’s Dallas Jackson at an interesting time in her life.

Last year, the then-junior would be looking at colleges and trying to take the SATs as a pandemic took over as a new normal. This year, still with Covid-19 as a central part of everyones’ lives, Jackson’s high school hockey career is complete – with a Dual County League title in her pocket – as she looks ahead to what’s next.

Unlike many high school seniors, Jackson’s dream job is to cover hockey.

How it all began:
Hockey did not come naturally to Jackson, who had trouble skating when she started around the age of 9 but loved the game and wound up playing four years for the Patriots. Her 14-year-old sister also plays for Concord-Carlisle.

“My family, before we started playing hockey, we weren’t super aware of hockey or hockey history,” says Dallas. “So it was more of a learning experience for us. And it was very difficult for me. But, watching hockey, I loved how fast-paced hockey games were on television and I felt like everything was exciting all the time. And I can admit that hockey fights, when I was younger, I thought that was just the coolest thing.”

Ultimately, Dallas, who describes herself as a pass-first player, and her sister do have her parents – and S.C.O.R.E. – to thank for getting them involved.

“My parents wanted my sister and I to do something in the winter,” she says. “We played a lot of sports but in the winter we were just in the house. My parents were so sick of that, so they presented us with the option of either playing basketball or trying hockey. For the two of us, we are a lot more interested in learning how to ice skate, and so my parents found S.C.O.R.E. and we joined them.”

NESN.com by Dallas Jackson -'Hockey has shaped my past and present and now is actively shaping my future' 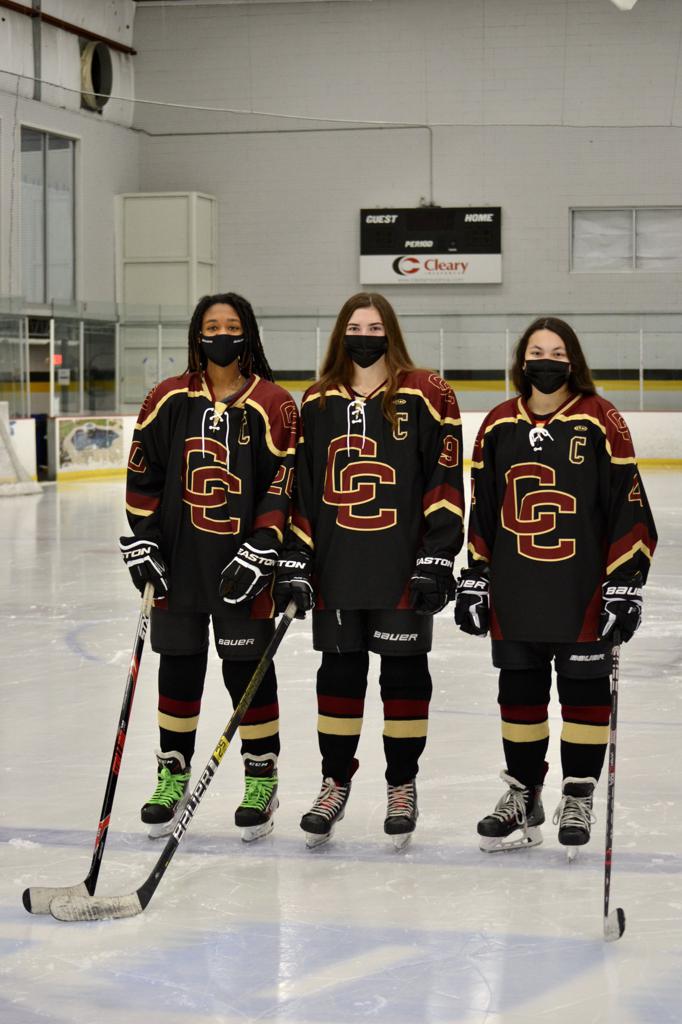 The title run:
As one might imagine, winning a league title to close out your high school career with longtime teammates and your younger sister is a pretty good way to write the script. In overtime, no less.

Concord-Carlisle had been down but tied things up to force OT in the title game.

“And I thought my heart was going to stop,” says Dallas. “It was a very nerve-racking game. [In overtime] we were really focusing on possessing the puck and not making dumb mistakes or forcing the play. I was on the bench when we got the game-winning goal, and it was actually great to watch. It was a great shot from the blue line. I can remember, like, a pause, and then everybody started cheering. We all just rushed on the ice and had the best celebration ever.”

The next big thing:
Hockey has already given Dallas some interesting experiences – from meeting Willie O’Ree (“just a fantastic guy”) on a number of occasions to meeting Patrice Bergeron (“I just remember freaking out and being really overwhelmed because I thought he was the coolest”) and Brad Marchand (“a really nice guy” who is her mom favorite player) to interviewing Bruins coach Bruce Cassidy in February .

And for some time now, Dallas has been drawn to writing.

“It’s always been something that’s come easily for me,” she says. “And I found that when I’m able to talk about things I’m really passionate about, that’s when I have the most fun and that’s when I feel the most confident.”

Writing for hockey? That’s where the idea of a dream job comes into play.

“Growing up, falling in love with hockey and talking about the sport, the next best thing would be to be paid to talk about the sport that I love,” says Dallas. “For me, I’m planning on going to college and most of the schools I have applied to, I have applied with a focus on majoring in journalism. Some schools have given me the opportunity to focus specifically on sports journalism.”

“I’ve had this conversation with a lot of people,” she says. “Whenever I say it out loud, part of me is like, ‘Oh my goodness.’ But I think my dream job would be to work on ESPN. I’ve thought about that since I was younger. It’s always something like, ‘Oh my god, that’s where the goal is,’ and that’s where my dream is.“

“My family, before we started playing hockey, we weren’t super aware of hockey or hockey history,” says Dallas. “So it was more of a learning experience for us. And it was very difficult for me. But, watching hockey, I loved how fast-paced hockey games were on television and I felt like everything was exciting all the time. And I can admit that hockey fights, when I was younger, I thought that was just the coolest thing.”

The most challenging thing about the sport is …

“Learning how to skate was very difficult,” Dallas admits. “Once you finally get there, everything just comes naturally. Skating is the building block to being able to play and knowing how to properly move your body. Then all the other skills come a lot faster. Once you get it right, it’s locked.”

The final word:
“There’s something that I really love about hockey, and that’s how it’s a very team-oriented game,” says Dallas. “You can’t win hockey games without everyone on the bench and on the ice contributing. Hockey is a full team effort. And I think that’s something really special. Hockey is about building bonds with your teammates and linemates, and working together for a common goal.”