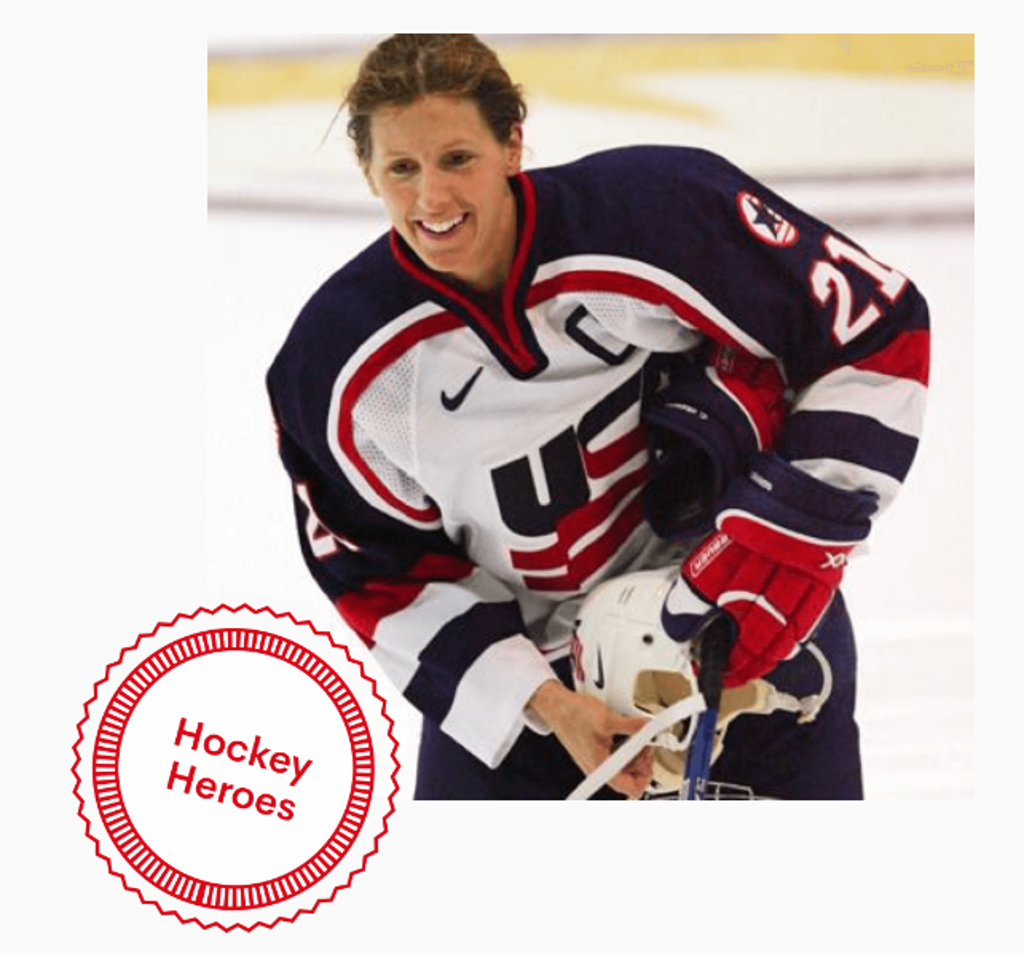 During a trying year in so many ways on and off the ice, USA Hockey legend Cammi Granato spun up one of the year’s highlights in launching the 21 Grants Program.

With it, 270 female players between the ages of 4-12 applied, and 21 winners were announced on a Zoom call in December. Four of those winners (well, six, but more on that shortly) hail from Massachusetts.

Along with a package of new equipment, winners also received $500.

The four families, one including triplets, could hardly have been more appreciative of the holiday season win, particularly when they were told just before Christmas that their Zoom call was merely an update. It was on that call that – surprise! – everyone found out they had won. 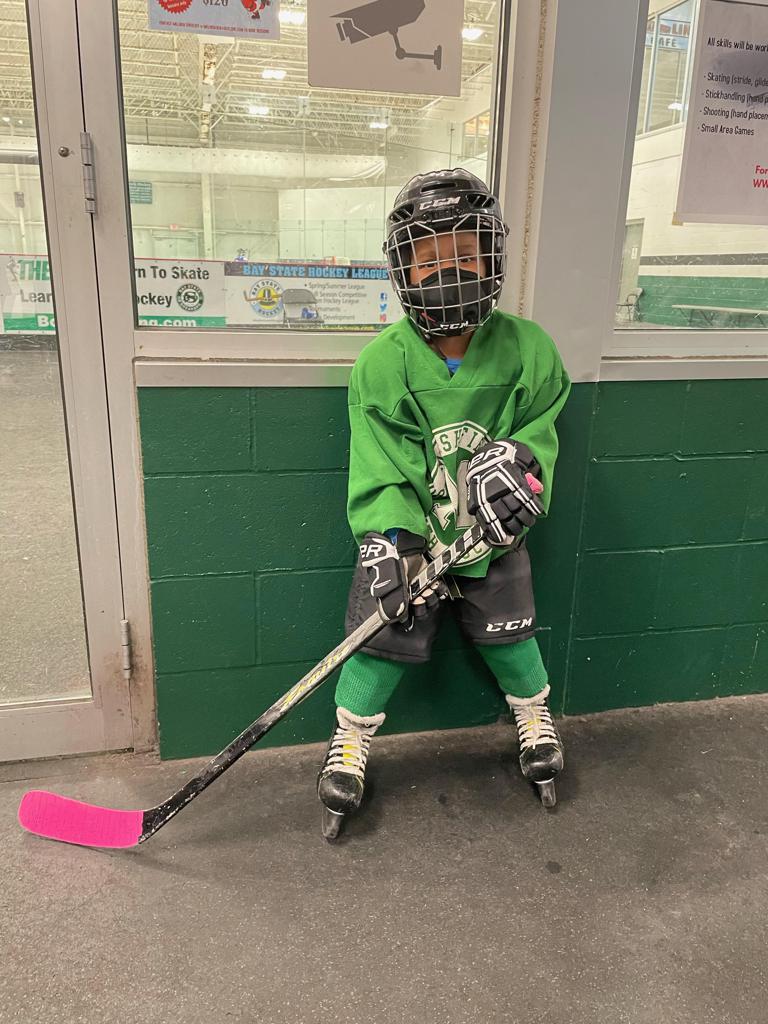 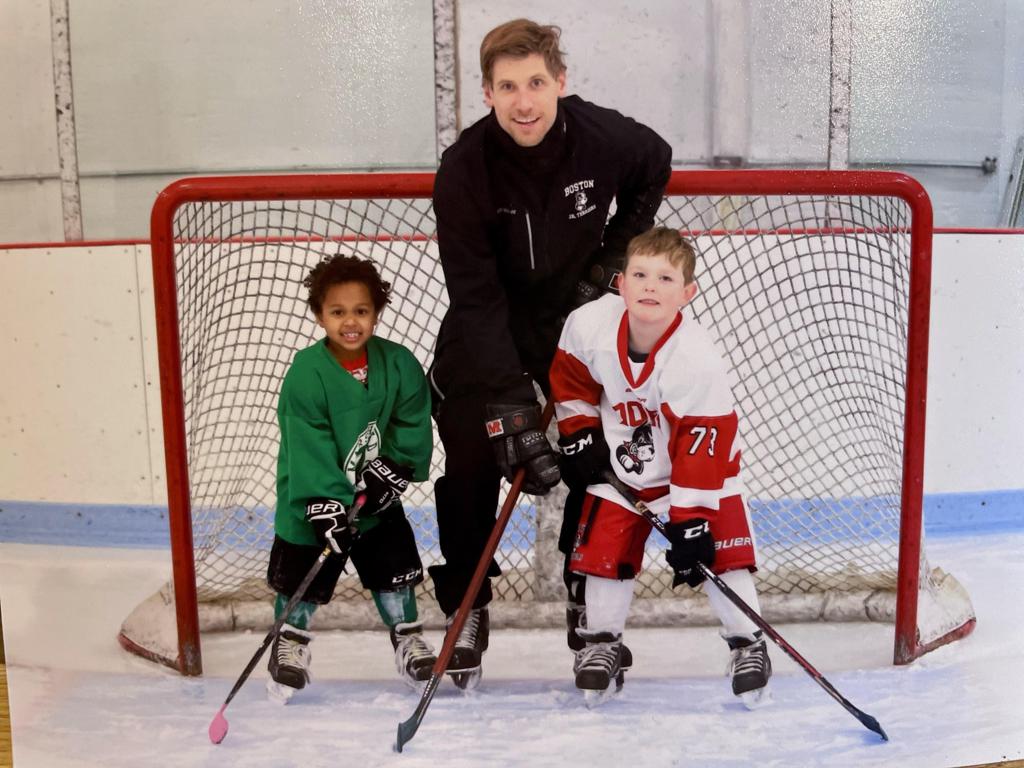 "What I would want for her is to keep playing to keep her spirit alive and to be a leader out there. As long as it keeps her active and makes her happy, she would have our support forever and ever.” -- Leslie Maxwell, Della's mom

Only 5-years-old – though she can’t wait until her sixth birthday in March – and the youngest of three, Della Maxwell could use a little something of her own.

But when her mom, Leslie, looked into the Granato Grant, she couldn’t have expected it to work out so well.

“I kind of thought we’d never hear anything, like you enter a drawing,” Leslie says. “But I was, like, ‘Oh my gosh, they’ve actually contacted us,’ which was super cool. Then, of course, with Della as the youngest of three, having her own special thing is pretty sweet.”

What the grant means to us: “I was thinking, ‘Wait a second … Is this really happening?” Leslie says of the call. “It was a very cool moment. And she’s never really had her own non-hand-me-down stuff. [With the funds,] you can just withdraw it with the idea that you use it for camps or hockey-related stuff. With a family of three kids, that’s fantastic.”

What Della likes most about the game: “Working on [my] crossovers. And knowing now how to do them.”

Della’s scouting report: “Oh, I love it,” Leslie says of watching Della. “And it’s so sad with Covid if I can’t go because my husband is coaching, but I love watching her. I certainly hope she sticks with it. She’s an incredible skater. She’s tiny, tiny for her age and she gets out there and she’s fast and she’s spunky. So what I would want for her is to keep playing to keep her spirit alive and to be a leader out there. As long as it keeps her active and makes her happy, she would have our support forever and ever.” 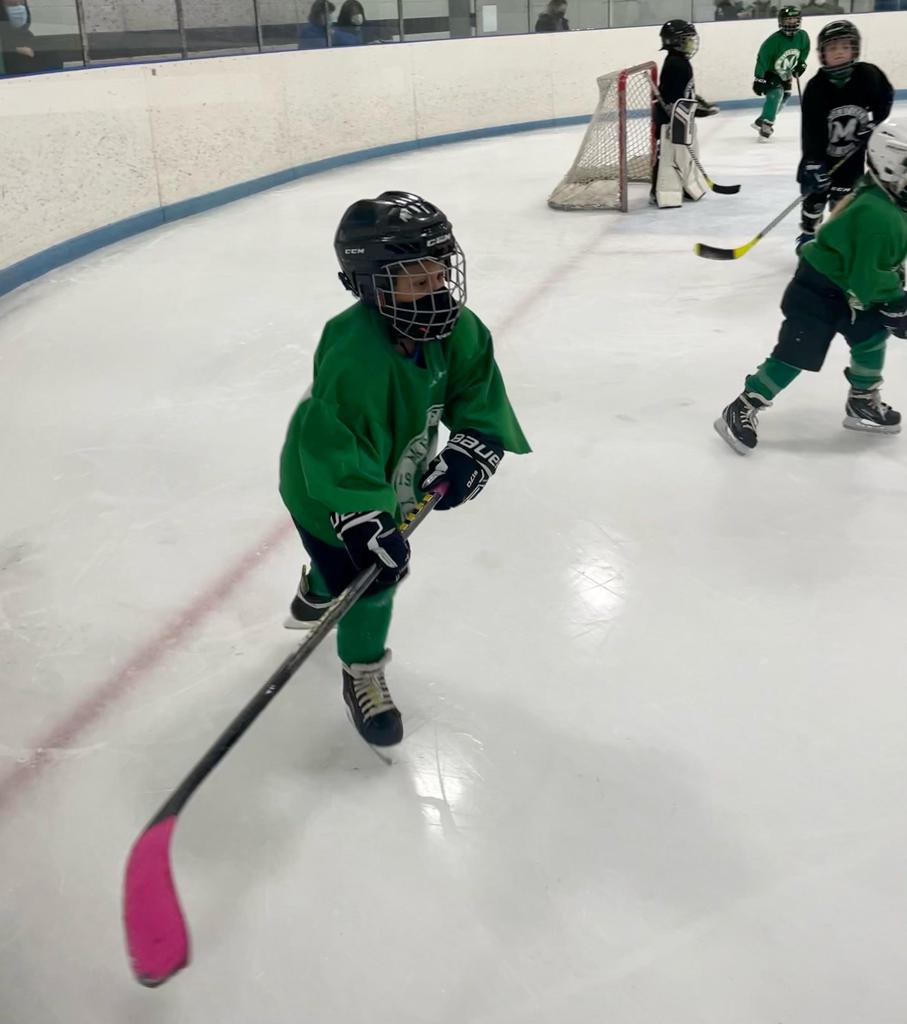 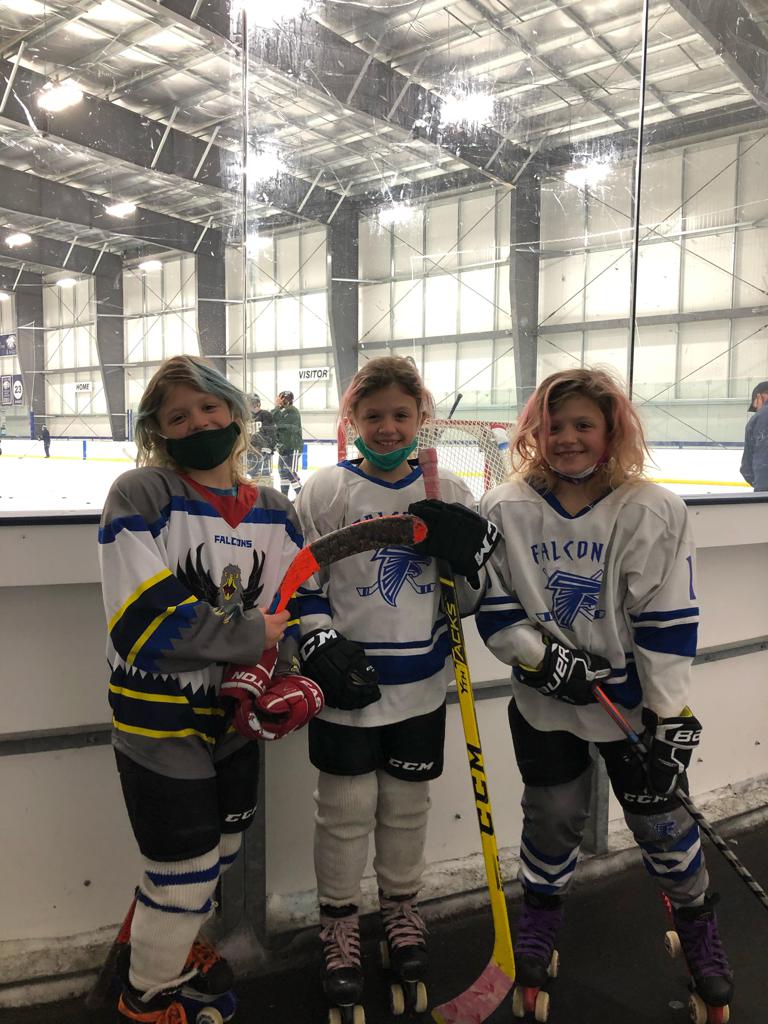 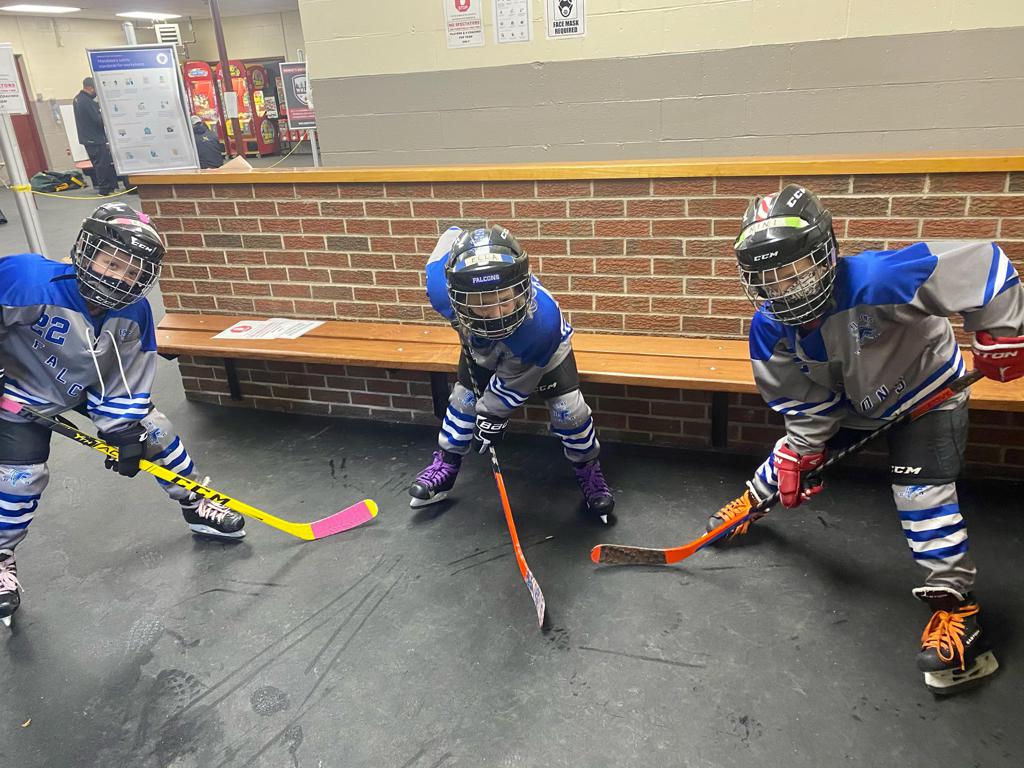 Bill Medeiros grew up playing basketball, but his wife always wanted to play hockey growing up. Living in Danvers, that was going to be a whole lot easier for their triplet daughters Eleanor, Jeanine and Rose.

With two older brothers – at one point every kid in the house was under 5 – who also play, hockey is very expensive in the Medeiros household. Which is why the Granato Grant comes in so handy.

What the grant means to us: “So, the truth is, with five kids playing, we’re bordering on that level of, ‘This is so expensive, and are we being fiscally responsible?” Bill says. “We started having that conversation: If someone doesn’t love it anymore, does it make sense? And this makes it easier to swallow for one more year.”

What Eleanor likes most about the game: “Playing the games.”

What Jeanine likes most about the game: “To score and shoot.”

What Rose likes most about the game: “Playing on defense.”

Eleanor, Jeanine and Rose scouting reports: “Oh, they are extremely different,” Bill says. “We were just at a little mini tournament where they paired up three kids, and they put my three girls together. Jeanine has a wicked nose for the net. Ella is kind of a puck-mover and the best skater and stickhandler. And Rose likes to hang back on defense and win the puck, then pass it to them. Luckily for them and me, I’ve really grown to appreciate hockey. It certainly is exciting.”

For Courtney Rizzitello, having her daughter Olivia playing hockey couldn’t have turned out much better – which is why the Granato Grant meant that much more to the Rizzitellos.

Olivia started skating around kindergarten and loved being on the ice, but in moving to play goaltender has found a source of strength in hockey, and it hasn’t gone unnoticed away from the rink, either.

“I had a call with the school last week, and one of the things that came up was how confident she is this year,” Courtney says. “She’s playing goalie full-time and it’s been awesome for her.”

What the grant means to us: “I couldn’t believe it,” says Courtney, whose husband is a police officer. “Two days before Christmas, I get an email about it. That’s a lot of money. I think about how many hours my husband is working to pay for something. That’s how I think of [the cost of hockey]. And that was huge for us. I almost cried. It was Christmastime and it was busy, and I was so happy.”

Olivia’s scouting report: “I would say the confidence it has really given her,” Courtney says of what hockey has done for her daughter. “Not even hockey, but personally it has been so good for her. I want her to stay with having that confidence. It has been awesome. She’s confident in playing and confident in school and it keeps her spirits up.” 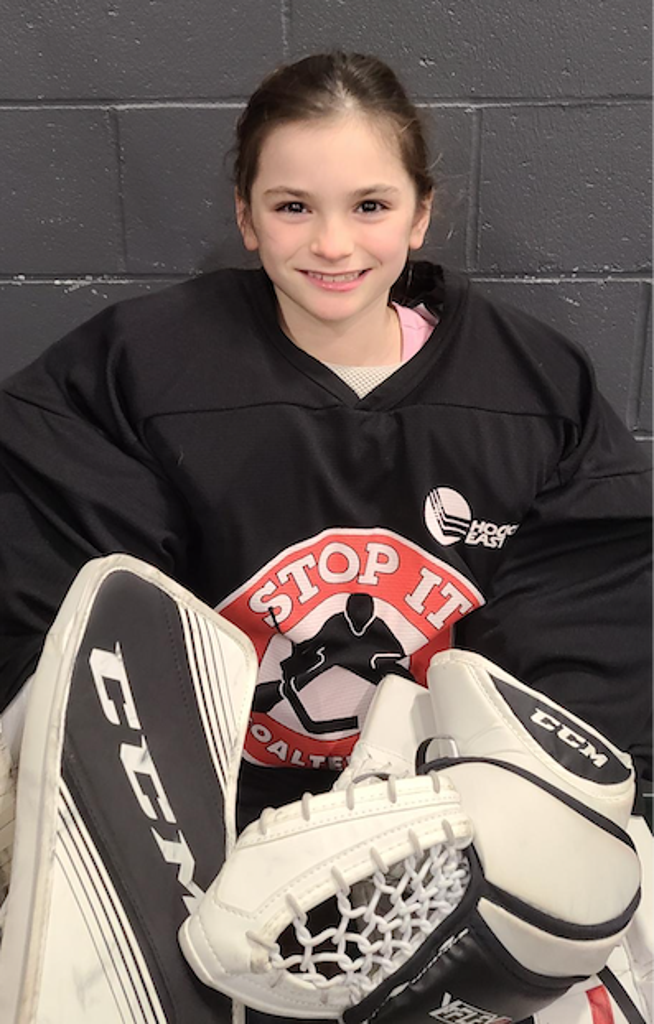 "I want her to stay with having that confidence. It has been awesome. She’s confident in playing and confident in school and it keeps her spirits up.” 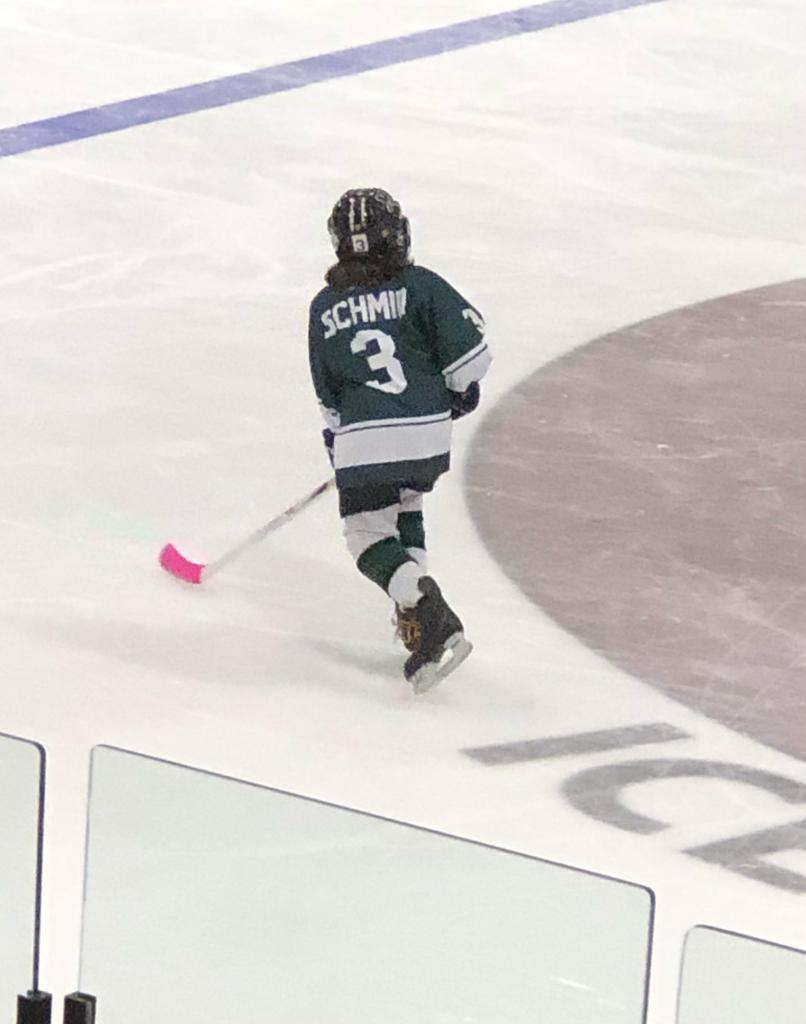 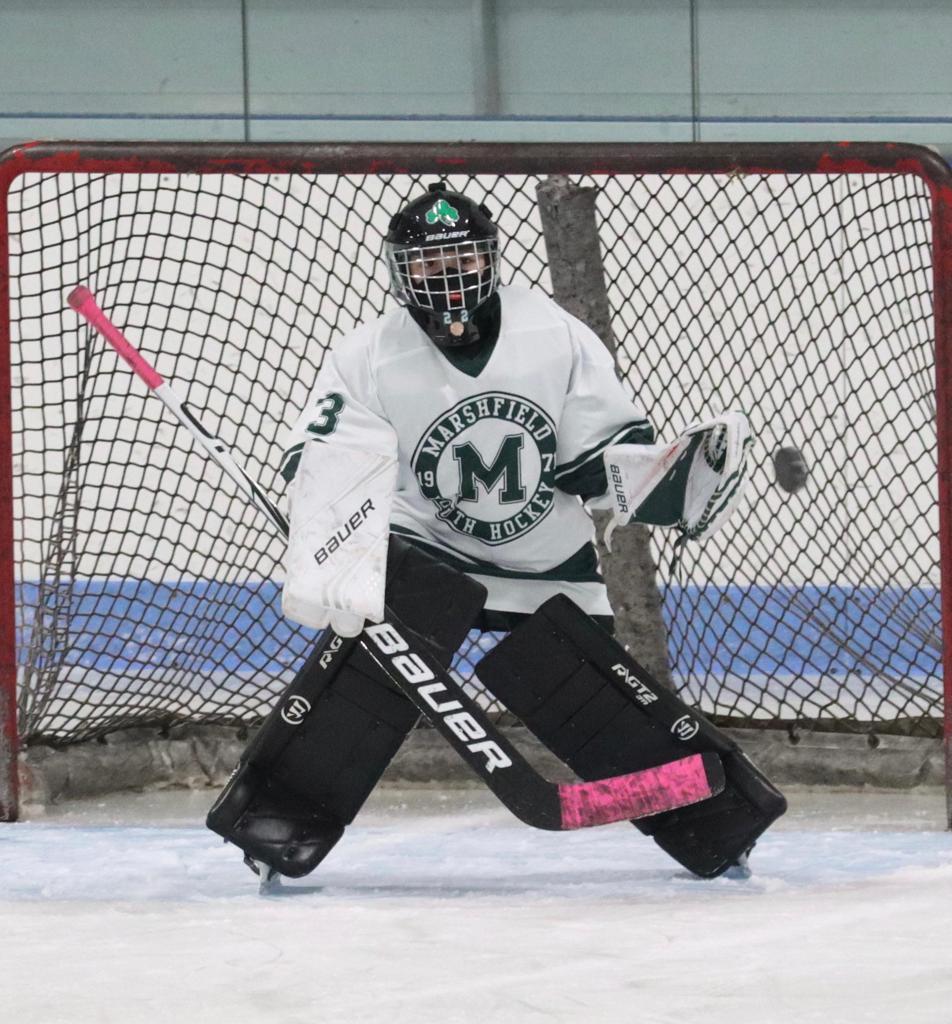 One position isn’t quite enough for Penny Schmid, who can’t decide between playing goalie or out because she loves both so much.

So she plays out for her local program and goal for a club team.

Surrounded by three brothers, two older and one younger, Penny, because of the Granato Grant, has been given something else of her own.

“It would definitely give Penny something to work for, and it was acknowledging her,” says her mom, Abby. “She lives with three boys and there was something about it being for her.”

What the grant means to us: “This grant means a lot,” Abby says. “It will help along the way and even into the future. She knows what an honor it is to receive it, and it gives her something more to play for, knowing that there are other people watching.”

What Penny likes most about the game: “I like playing with the team and getting to know the team. Also, that gives you a better perspective on teamwork and how your teammates play. I’ve been playing goalie a lot, but I’ve also been playing out and I like both of them.”

Penny’s scouting report: “As Penny progresses through hockey, I love players like Cammi Granato coming forward to give them role models, showing them that women are playing the sport, too. Not only are they playing it, but still being involved through high school and college, and as they go on to have their own families. Having those female role models showing them the opportunities that can come from playing hockey, or any sport, as a parent I love that.”