USA Hockey's Director of Youth Hockey, Kenny Rausch, on what a successful practice looks like 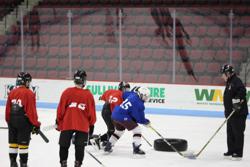 Every once and a while, it’s OK to look through the prism of “What not to do” to see things a little more clearly. In the case of a hockey practice, the what-not-to-do, not-so-great version is one that finds players spending much of their time standing around.

“A bad practice looks like what it would’ve been when we were kids – kids standing in deep lines in four corners and doing predetermined drills that have no decision-making and no bearing on the game,” says Kenny Rausch, who played four years at Boston University in the early 1990s and is now USA Hockey’s Director of Youth Hockey. “One of the early phrases we learned 10 years ago when introducing these things is that it was like going to Disneyland. You don’t go there to stand in lines you go there to ride the rides.”

Rausch grew up playing around the same time many of today’s coaches did, in the 1970s and ‘80s, where players were lined up and dutifully run through something resembling a follow-the-leader path through a prescribed drill.

“But we know a lot more now,” says Rausch, who went on to win an NCAA title and a Beanpot MVP for Jack Parker and the Terriers. “We just know so much more about kids in the way that they learn. We have so much more access to scientific data, to research and into what makes children tick compared to what we knew 20 and 30 and 40 years ago.”

Coaching is not easy. Particularly for coaches who really have seen success through their own practice plans over the years. But there is always room for improvement, and every coach on the spectrum from new and uncertain to veteran and perhaps too certain, could benefit from the same sort of eye-opener that Rausch experienced during one of hockey’s greatest challenges: coaching 8-year-olds.

After his playing days, Rausch coached at his alma mater, then Colby College, then Niagara University, UMass Lowell and Babson College, before moving to Colorado Springs in 2009, where he first met the challenge.

“Honestly, it was probably a change in going from college hockey and being outcome-oriented to coaching children and being development-oriented,” he says. “Once I started this job and was learning about the American Development Model and its principles, in keeping kids moving and physical literacy, I took a look back – and everything I thought I knew was actually wrong about development.” 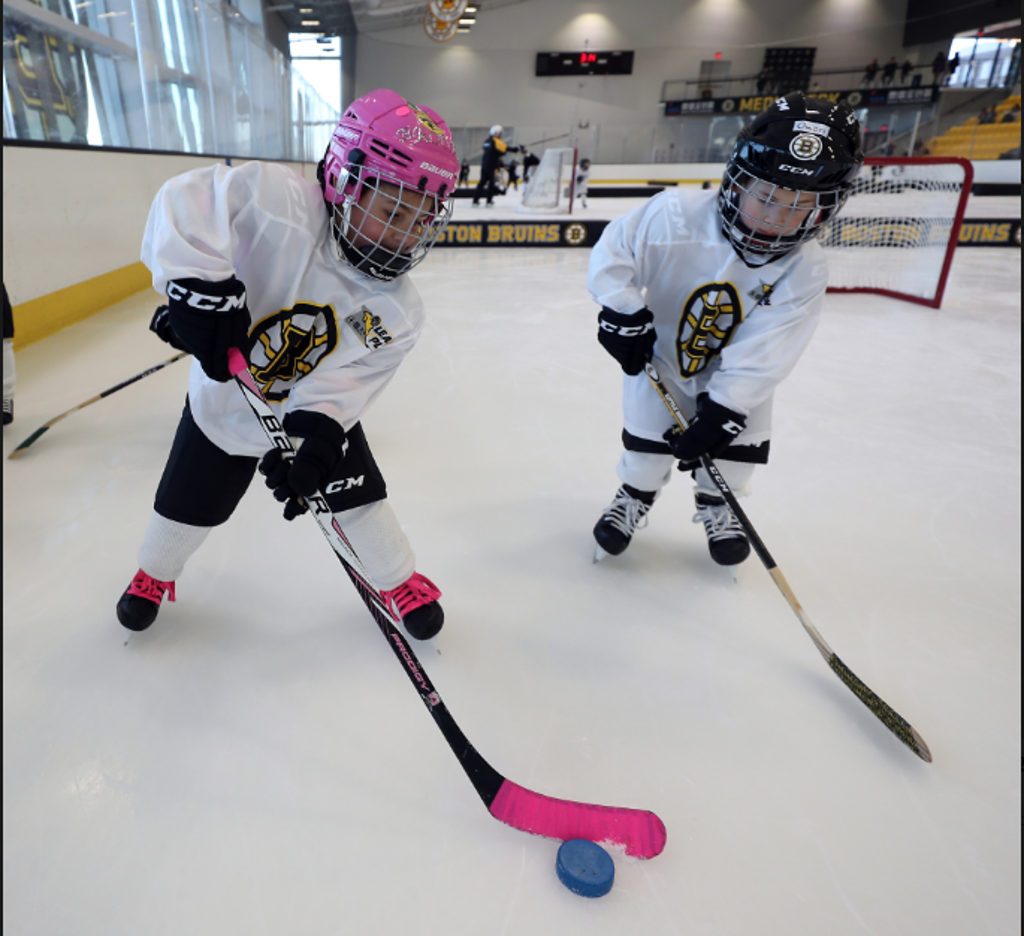 "We’re trying to create a practice environment that asks players to do what the sport asks of them during a game. Never during a game does it ask you to skate around a cone and take a shot unopposed at a net. It asks us to skate around another player and make a decision to pass or shoot or think about the next step."

In the years since, Rausch, along with USA Hockey Assistant Executive Director of Hockey Development Kevin McLaughlin, have seen those same kids through successful high school careers.

“I didn’t care if the 9-year-olds were winning or losing, I just wanted them to get better,” says Rausch. “We took that group of kids from house hockey all the way up through high school and had unbelievable success without ever talking about winning. And it was all about development. How do we make players better and smarter? I had to stop caring about winning to become what I now consider to be a good hockey coach.”

Much of that started at practice.

“If I ever went back to coaching high-level hockey, I would almost never do full-ice drills,” Rausch says. “Everything would be in small areas. What we’re doing is creating problem solvers instead of route-runners.”

Hockey is a game of problems. How do I avoid that player? How can I possibly make that pass? How do I get the puck to settle down before I do? Pass or shoot? Is my teammate open? Stop? Speed up? Slow down? Do I have time to do any of this?

Working those decisions into practice is the key.

“We can dumb down practice and have kids standing in all four corners, running those predetermined routes and it’s going to look clean and orderly, but the reality is they’re not getting a lot of hockey development,” says Rausch. “We have to embrace the challenge that is going to look disorganized and crazy – and parents are going to look and wonder what the heck is going on – but the reality is that they’re actually playing a lot of hockey and making a ton of decisions.”

Rausch has done so much thinking about youth hockey practices that he has helped to create a multipart presentation on the topic to help break down the elements of a practice USA Hockey is trying to infuse into districts and programs across the country.

“What does long-term athlete development entail? What does micro-coaching look like? What does learning how to coach look like? We’re looking for ways to get better, with better explanations and demonstrations and those types of things,” he says. “We came up with three different presentations that all fall in line with each other.”

“We were going to call this station-based practice, but it’s so much more than that,” says Rausch. “It’s how you structure your practice. Small-area games, manipulating the ice to teach what you want to teach.”

Rausch suggests, for example, instead of a cross-ice game to work on zone entries, a zone-entry station in a quarter of the ice and a zone-entry game in a half of the ice.

“So it’s not just stations or smaller games, it’s how to restructure practice,” he says. “The modern game is all about making plays in small areas. So, in theory, that’s what a practice should look like.” 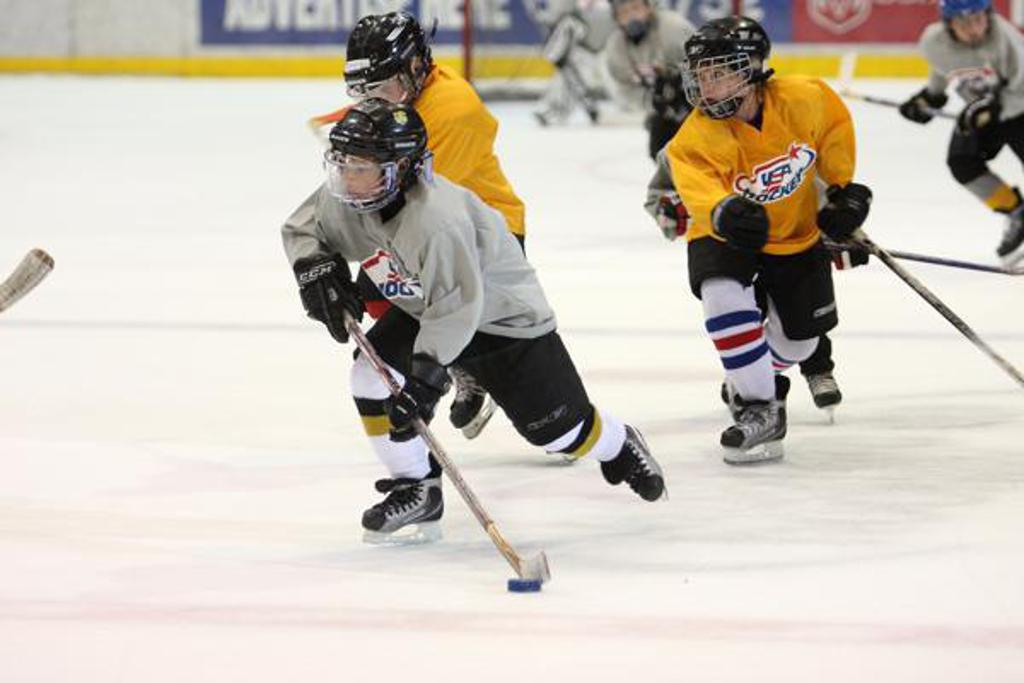 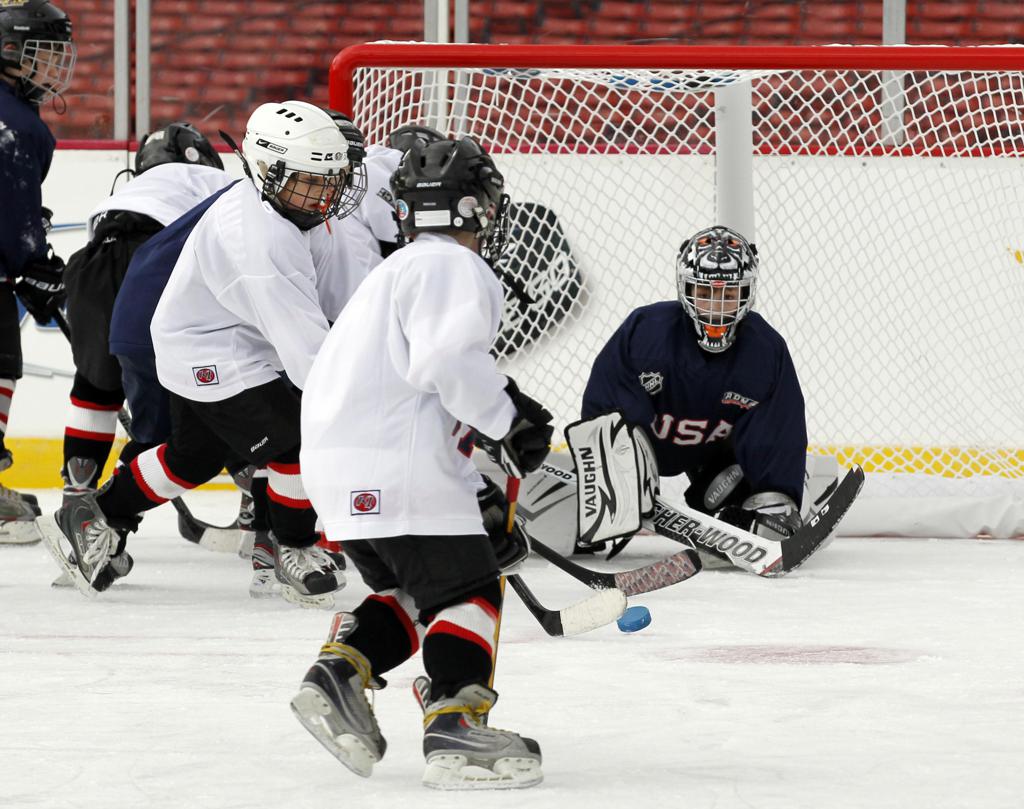 From there, the built-out presentation focuses on the constraints involved in how practices are structured.

Of course, wrapping a national effort around what so many coaches are already doing well isn’t easy.

“We realize that we’re finally to a point where we have a world-class coaching curriculum and it’s fantastic,” Rausch says. “But the people who have already gone through some coaching programs might not ever go back in and see some of that new stuff.”

Rausch mentions some pieces that have been digitized, but that attending them in person, if possible, can be invaluable.

“For instance, I did a Practice Structure presentation for Minnesota Hockey and it’s on their website, so you can find that presentation,” he says. “And I think in the future we will get to the point where they are all online somewhere, but we don’t want to just disseminate it online because it’s super interactive. It’s just so much better if you go through it.”

The goal of this, as with the goal of coaching itself, is to be a part of develop better hockey players who are having a more interesting and enjoyable experience than back in the olden days.

“We’re trying to create a practice environment that asks players to do what the sport asks of them during a game,” says Rausch. “Never during a game does it ask you to skate around a cone and take a shot unopposed at a net. It asks us to skate around another player and make a decision to pass or shoot or think about the next step.”

Rausch, in his time evangelizing for better practices, has seen the fruits of the labor, too.

“It’s when they start doing things in games that they don’t even realize,” he says. “Let’s say you’re playing in a small area where we’re trying to teach concepts of a breakout – where you have one player open up to catch a pass and then they do it in a game without even realizing it. Then, about halfway through the year, one kid will turn around and say, ‘Hey that’s like that drill we do.’ Ahhhh, they got it.”