How it all began:

With the flipping of the calendar to October, so begins this year’s opportunity to participate in October Saves – where, as noted on octobersaves.org, “Every poke check and glove save you make can help your team win a game but it can also help raise money to fight cancer.”

Chris Scott, Hanover Youth Hockey’s goalie director, is ready for the organization to make another impact. Last year, his daughter, a goaltender in the organization, raised nearly $1,500. This year, Scott wanted to bring more goaltenders into the fold.

“I started thinking, ‘If my daughter could raise $1,500 on her own, wouldn’t it be great to get the whole program involved,” Scott says. “I saw the pride that she took in it, and I wanted to give the kids something that they could have for themselves. We mentioned it to the guys and everybody started jumping on board.”

Being a goaltender isn’t always easy, particularly in youth hockey, and October Saves, in addition to being rooted in a good cause, also has a side benefit for goaltenders in Hanover.

“From my standpoint, it’s because it provides a way for kids, goalies specifically, to do something meaningful,” says Scott. “Everybody sees the pink tape on the sticks and the pink socks, but they’re actually raising real money and getting support from the community. And I think the kids take a real sense of pride in doing that.” 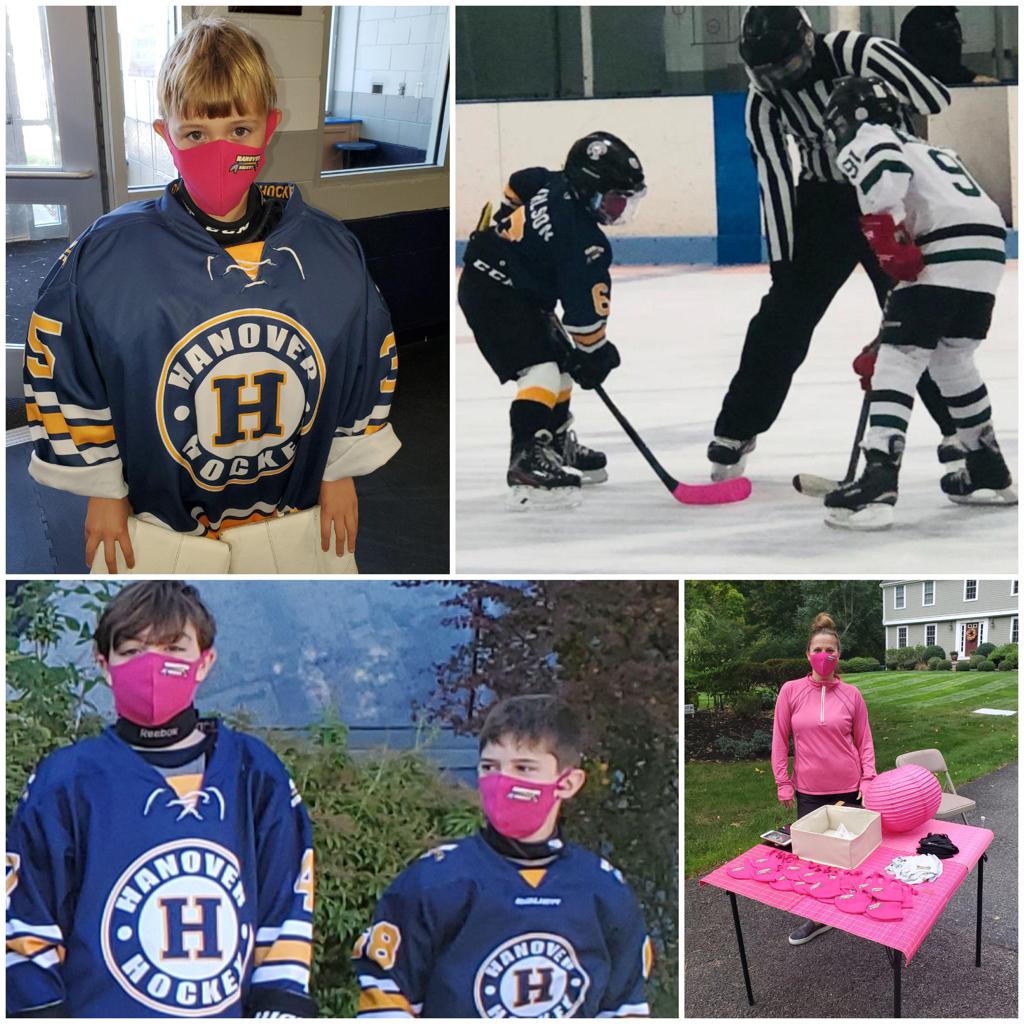 Check Out the Goalies from Mass. Participating in October Saves Goalie Challenge:

Currently there are 75 participating Massachusetts goalies, 13 of which are from Hanover Youth Hockey Association.

Mass. Hockey goalies rank third in the nations for funds raised with a total of $17,681.90 and growing.

For a complete list of goalies and how to participate in general to Mass. Hockey goalies' funds << click here >> 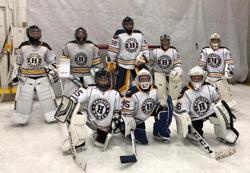 Every participating goaltender creates an account and, through octobersaves.org, those goaltenders can receive flat donations or, for instance, $1 per save during the month of October.

Scott says donations can also be distributed among all the goaltenders.

“If they email me at hyhagoalies@gmail.com and they let me know if they donated, all I need to know is their name and the donation amount, and that will be spread out evenly across all the goalies,” he says.

Hanover isn’t a big town, but it certainly does leave a footprint in hockey.

“Hanover is Hockeytown, it really is,” says Scott. “For such a small town, we are always competing against some of the bigger cities and the huge programs like Braintree and Quincy, and we’re competitive against them. That’s a source of pride. Within our whole program, I’ve heard through the grapevine, ‘How do you do it? How do you have five mite teams with kids under eight in a town with only 13,000 people? All I can tell you is Hanover is Hockeytown. It’s awesome. Hockey parents are a subculture in and of themselves and we are very tight-knit, and the goalies are like a unit within a unit of our organization.”

As for goaltending, Hanover, thanks in part to creating the Goaltender Director position, is also seeing the fruits of its labor between the pipes.

“I just like the position,” Scott says. “Nothing is more of a headache than a team with a coach who is struggling to find a goalie. You’re going into a weekend and you don’t know who your goalie is, or you only have two goalies for three teams at that age level. I’m already looking ahead to next year. We have five mite teams, so how many squirt teams is that going to translate into? How many second-year kids are going to be moving up? It’s my goal to provide every team with a goalie.” 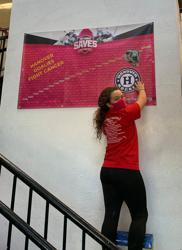 Three of Scott’s four kids (at 4, the youngest still has time) play in the organization, including his goaltender, who is the goalie on a boys’ peewee team, and that has spurred his interest.

“I was reading about USA Hockey‘s emphasis on goalie development and the 51 in 30 program,” he says. “Now we’re really focused on the development of goalies, getting them young and keeping them interested. We make it fun and develop them all along the way.”

“Some of our A-level goalies – and even the kids who just want to get better – they have the ability to go for skills and agility sessions up to two extra times a week,” says Scott. “They’ll do skills on Monday and agility on a Wednesday, and this is in addition to the team practices, the power skating and the skills that the organization provides.”

“As much as October Saves is a spotlight here, it also gives our goalies the chance to be recognized and spotlighted because of the hard work they do,” Scott says. “They’re working hard and they’re doing a good job, so I just like to recognize the goalies — because sometimes they don’t really get recognized. It’s a position where you might feel like you’re in an island, but it’s good to get a recognition from the organization and the community.”