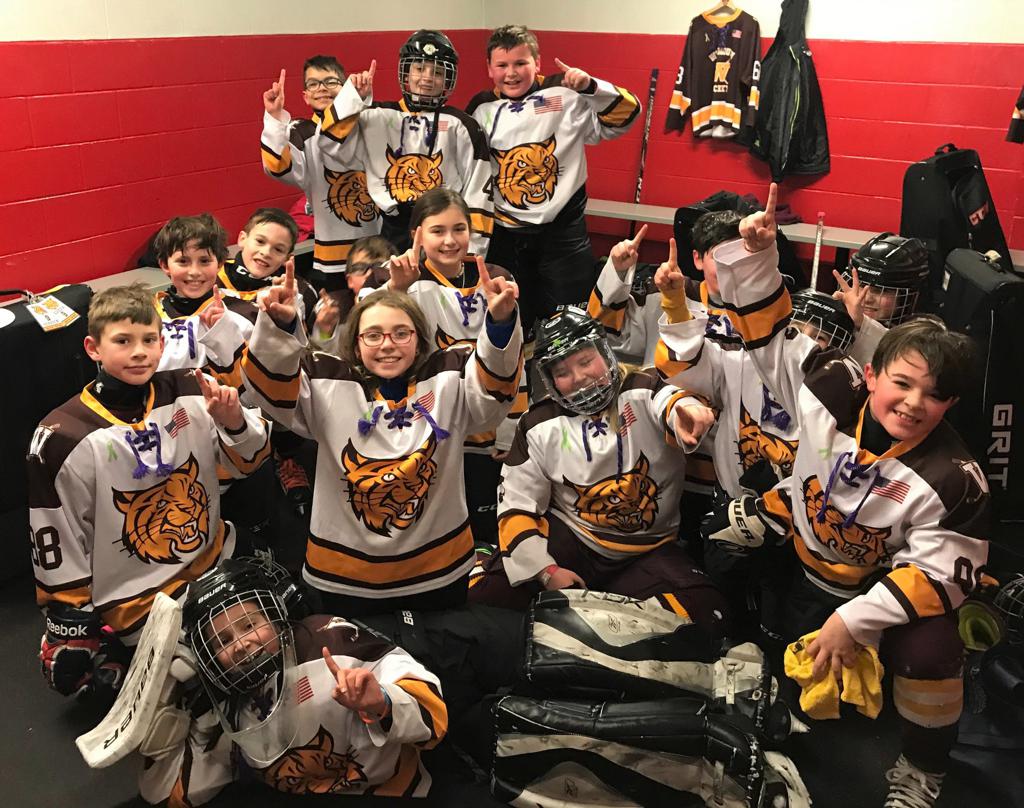 What they’re doing right …
While Covid-19 has thrown a wrench into so many youth sports plans, Buccigross points to the initiatives in Weymouth that have helped his program actually grow in numbers this year and momentum.

There is the in-house 3-on-3 program with the Olympic format of mixed-age teams. There’s the free, eight-week Learn to Skate program that joins 20 or 30 older WYH players on the ice to help with the coaches. There’s the adult Learn to Play – which included 28 moms the first time around. There are drop-in skills sessions on Friday nights for $10 and an open skate for coaches on Sunday evenings.

“The free learn to skate was to get kids in there, the adult Learn to Play was to get parents more involved, the 3-on-3 program was to get kids of different ages mixing together, and the coaches hour is to build a sense of community,” Buccigross says.

And there is a heavy investment in equipment to support both the operation of the program and also skill development: shooter tutors, attack triangles, stick weights, weighted pucks, divider boards, nets of different sizes, tires, cones and bumpers.

Over the past few years, the program has also succeeded on the ice. 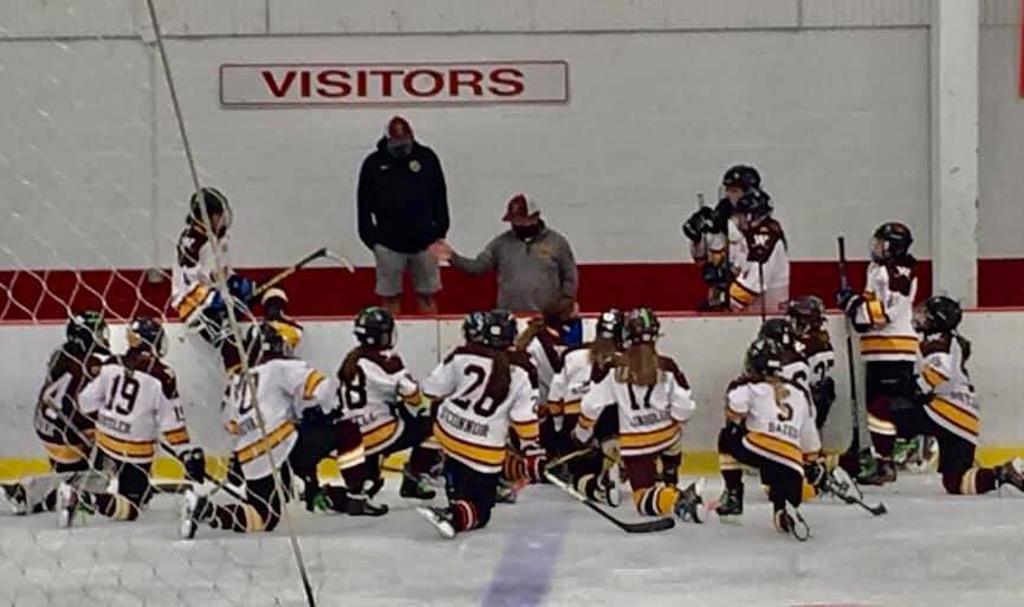 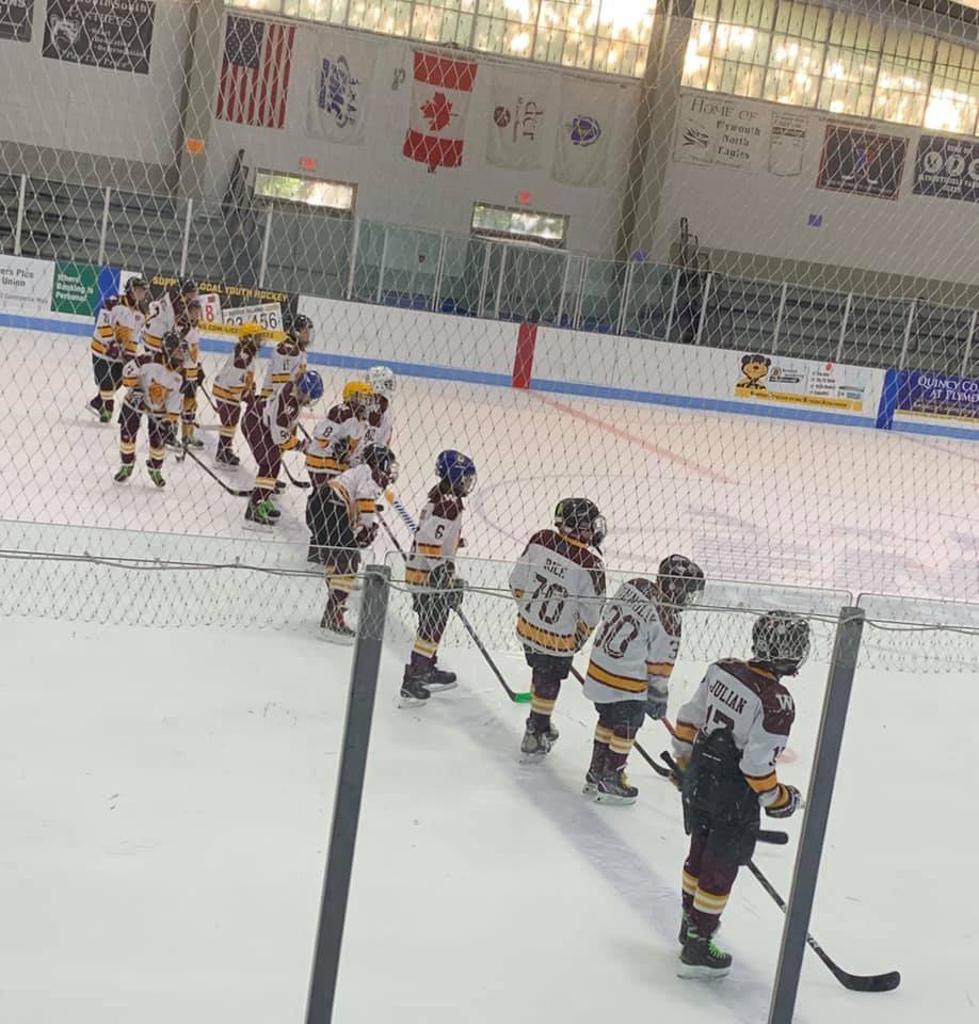 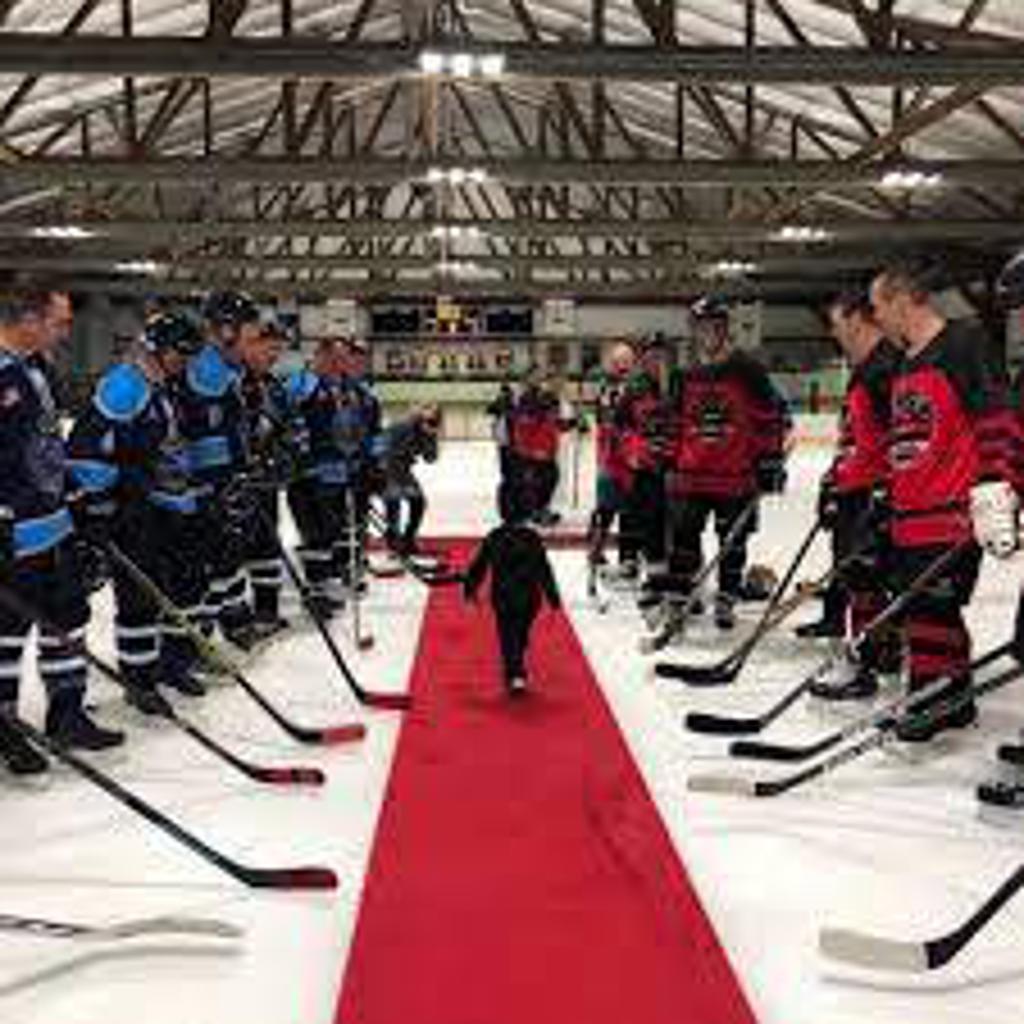 The best part about running this program …
“The best thing about it for me has been just the progress we have made,” says Buccigross, now in his fourth year as president. “We went from thinking if we had one or two teams in the state tournament, we were happy. This past year, I think we had seven or eight teams make the state tournament.”

For Buccigross, the father of four kids ranging from 8- to 14-years-old and a CFO on his day job, it’s about bringing the town of Weymouth to the rink.

“One of the things you learn business-wise is that you have to figure out what you do best,” he says. “And I’m not going to tell anybody that we’ll develop future NHL players better than anyone else, but, what we can do best is community. We can do Weymouth better than anybody. So we’ve kind of focused everything on that. At the Learn to Skate, there was one day we had 70 participants and 35 more kids in Weymouth Youth Hockey jerseys helping them skate. For me it’s pushing that stuff.”

The most challenging part ...
“It’s a couple things,” says Buccigross. “You always run into people worried about what team their kid is on or whether it’s going to hurt their development. The other challenge we deal with right now comes from the club side. My kids have played club hockey before and I have no issues with it, but not everybody has to and you don’t have to every single year.”

When it comes to club hockey, Buccigross has picked his spots.

“Last year my son wanted to try to take a step forward and so he played for two teams,” he says. “I think there’s a time and a place for it. It’s getting people to embrace that you’re not hurting your kid because they’re playing town hockey and that if your kid is good enough, they’re going to make their way anyway. Weymouth is D1. So, if you are kid who plays D1 high school hockey, that is a massive accomplishment. My son is a great player, but he’s going to play high school hockey and he might not play past that. For him, it’s the friendships. He wants to come to the rink every day because he wants to skate with the guys.”

Weymouth pride …
Bisected by Rt. 3 between Braintree and Hingham, Weymouth is a unique spot.

“It has its fair share of McMansions but it’s also a blue-collar town,” says Buccigross. “It is a town that’s on the upswing too, and that’s a big part of our success. We have a ton of beautiful new fields being built, roads being paved all over the place, and the town took over the rink. So it’s kind of all that sort of rolled into one.”

And, yes, Bruins forward and Weymouth native Charlie Coyle is a big deal in town.

“Oh, yeah, Coyle is a legend,” Buccigross says. “He was at the rink dedication and he could not have been more gracious. He took pictures with every kid that wanted to and we have him wearing a Weymouth hockey hat. He couldn’t have been better. Great family, great guy. When you meet him, he is everything you want him to be.”

The next big thing …
Buccigross has his eyes, of course, on the guidelines for playing hockey to start the season, and how that, too, can become an opportunity – and, again, it has a nice lean on Weymouth.

“This year has kind of changed everything because it’s been so crazy,” he says. “But one of the things were going to do this year because of the Covid restrictions is that we’re rolling out our junior Wildcats program, which is basically combining what was our Learn to Skate and Learn to Play into one kind of pre-U6 session that is manageable given the restrictions. We certainly hope to get back to the way we had been doing it but, this year, that’s kind of the big thing and hopefully giving some of those kids a chance to get introduced to the game.”

Weymouth Youth Hockey will also continue to work with Weymouth High School in ways that can help connect the threads between the levels. 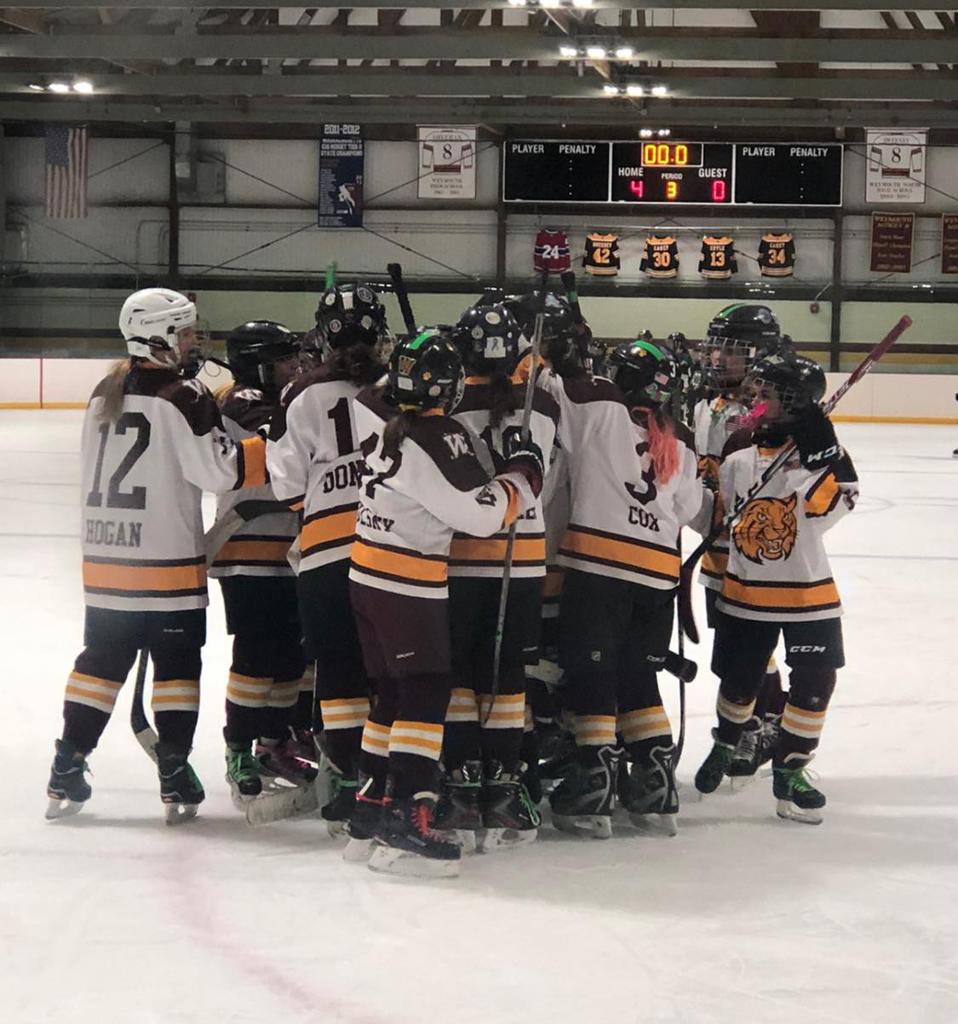 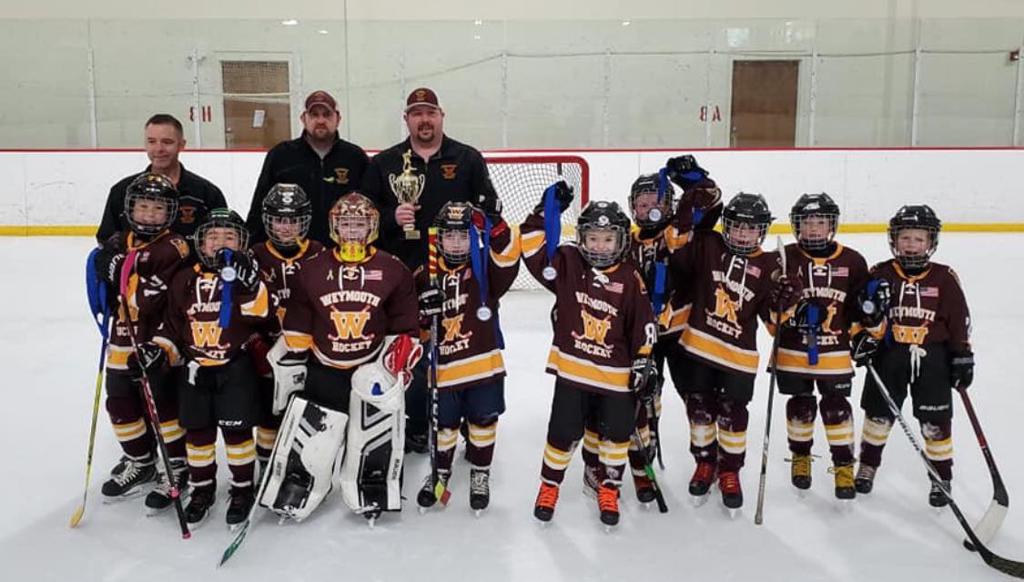 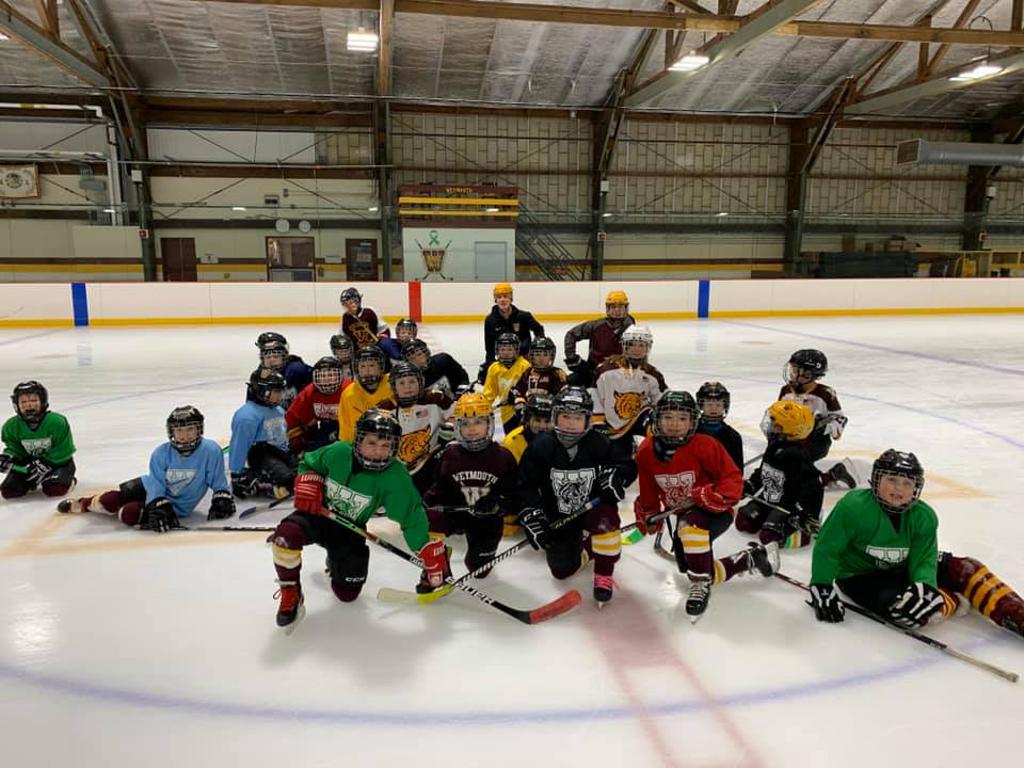 The last word …
“In spite of everything that’s happened this year, the program is still growing,” Buccigross says. “I think we’re getting the message out that this is a community program. This isn’t just become a better hockey player. It’s: Become a better hockey player, with your friends. As part of something bigger. I hope the fact that we kind of lost something at the end of last year gives everyone the perspective that it’s such a great game and when it’s gone you’re really going miss it. Not that there’s much good to come out of what we’ve been going through, but I do hope one thing is just an appreciation for the game. The game is supposed to be fun and it’s meant to be played with your friends, wearing your town across the front of your jersey. That’s what we’re supposed to be doing and that’s what our goal is. And I hope that kind of comes through a little bit this year.”