Due to the current guidance provided to us from the Commonwealth of Massachusetts, we are disappointed to announce the cancellation of the following state championship tournaments:

“We looked for a number of options to try and find a way to allow these events to take place this fall, but unfortunately the ban on tournaments written into the current state guidance makes this difficult to accomplish,” stated Peter Giuliano, chair of the Massachusetts State Tournament committee.

“These teams compete only in the fall season and most players move on to their MIAA high-school program, so trying to push the dates back to a later date creates conflicts with the scheduled start of the MIAA winter sports season.”

Massachusetts Hockey is still hopeful that the tournaments currently scheduled for March will be able to take place, but no official decision has been made at this time.

In addition, all National Bound tournaments are being reviewed at this time to determine what options exist related to holding them at a later date. More information will be shared as it becomes available. 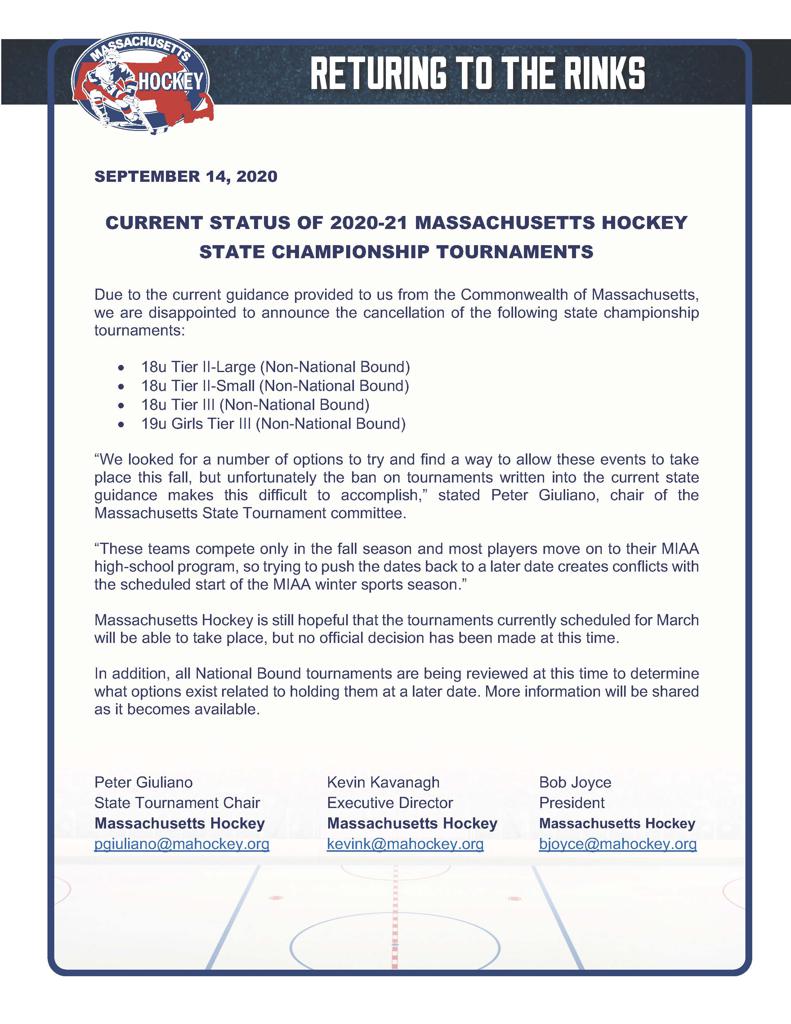