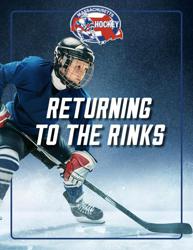 On July 21st Massachusetts Hockey and ice rink owner representatives were provided with the opportunity to present a plan to the Commonwealth of Massachusetts’ youth sports task force that depicted a modified version of a hockey game. We presented a plan to meet the standard of a “moderate risk” sport as defined by the Commonwealth in the original guidance published on July 6, 2020.

The plan that has been presented calls for checking to be removed from all levels.  In addition, the plan provides for additional modifications including: expanded bench areas to allow for physical distancing, the requirement of face coverings for officials during faceoffs/player proximity and quicker whistles when players were in close proximity to each other when competing for the puck for an extended period of time.  These proposed modifications, combined with existing guidance for youth sports from Phase 2, we believe will provide hockey players with a similar game model in comparison many of the other sports already approved to play games in the “moderate risk” category.

In addition, we have provided scientific research that indicates the average proximity time (within 2 meters of each other) during a hockey game is typically under three minutes. When discussing the comparison of indoor vs. outdoor competition, we have shown that rinks in Massachusetts (due to strict laws and protocols) have ventilation levels that are generally 2-2.5 times the industry indoor air quality standard. We also provided photographic comparisons of youth hockey players in game situations and other sports that are currently permitted to play games under the current guidance.
On July 21st, we were informed that the task force would be in contact with follow up questions to the proposal.  As of today, we have not received any feedback pertaining to our presentation nor have we been provided with any guidance on what factors are differentiating us from other sports currently in the “moderate risk” category.

We appreciate the difficult task that is in front of the task force. We also trust that they are operating in a manner that is consistent for all youth sports. However, the creation of “non-contact lacrosse” and the reclassification of soccer from a “high risk” to a “moderate risk” sport last week shows us that there is a path available towards games.  We are asking the state to provide us with a list of the necessary modifications that are required to allow hockey games to take place.

There are over 50,000 hockey players in Massachusetts that are eager to be given the opportunity to compete in a manner similar to soccer, baseball, volleyball, non-contact lacrosse, field hockey and numerous other sports.

We are hopeful that the state considers our request in a timely manner and provides feedback soon.