About this time last year, Roger Grillo had an up close and personal look at just how important weight training and fitness have become – and changed – in the sport of hockey over the course of the past decade or so.

Not only was he coaching some of the very best 17-year-olds in the world for the United States at the Hlinka Gretzky Cup, but Boston Bruins captain Zdeno Chara had dropped by to watch some of the tournament and to train at the rink.

Yes, perhaps on the back half of his career but famously fitness-focused, the Trencin-born Chara was making sure to put in the time to train on a random weekday morning in Piestany, Slovakia.

“We were able to, as coaches and athletes, watch his on-ice regimen,” says Grillo, USA Hockey’s ADM Manager for New England. “He’s in phenomenal shape. And that’s what has allowed him play at that elite level for so long. There he was, developing his game and getting better and maintaining his excellence at 10 a.m. on a summer day in a small village in Slovakia. It was a great message to our young American athletes who were 17 and might have an opportunity to play at that level. Good old fashion hard work.”

“It’s completely changed,” he says. “And it’s changed at the pro level, too. Guys are just machines now. There’s no off-season for them anymore.”

Also gone are the days of bulking up for the sake of bulking up, and the game has evolved to favor faster, leaner, more explosive players at the elite levels.

“Part of that is because USA Hockey has been out there beating the drum of it,” says Grillo, who played at Maine in the early 1980s and coached at Vermont and Brown in the 1990s. “Getting people to commit to off-ice programming through our associations and making sure that you’re building that base of athleticism through the ABC’s of agility, balance and coordination, has been a bigger emphasis for quite a while now.”

Training is as critical as ever. In fact, perhaps more critical.

“What athletes do away from the facility, and, in our sport, it’s away from the rink, becomes in some cases even more important than what happens at the rink,” Grillo says. “If the goal of the athlete is to play at the highest level possible and has a real passion to do that, then how you eat, how you rest and how you train – along with your willingness to become an all-around athlete, and get stronger, quicker and more explosive – becomes extremely important. Some of that is what separates the good from the great.” 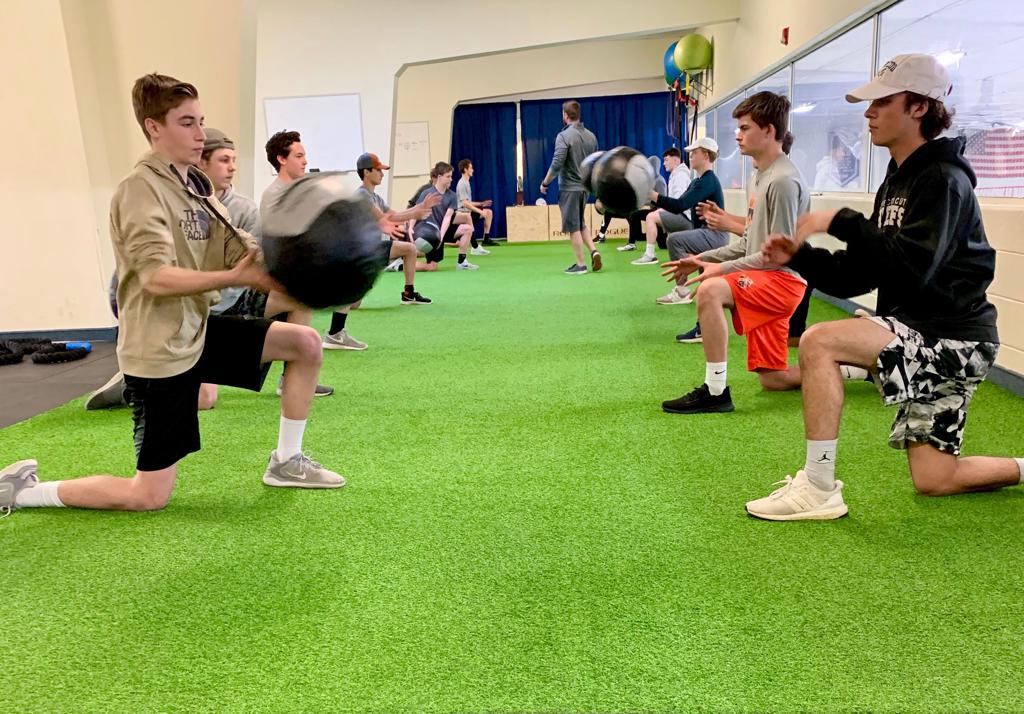 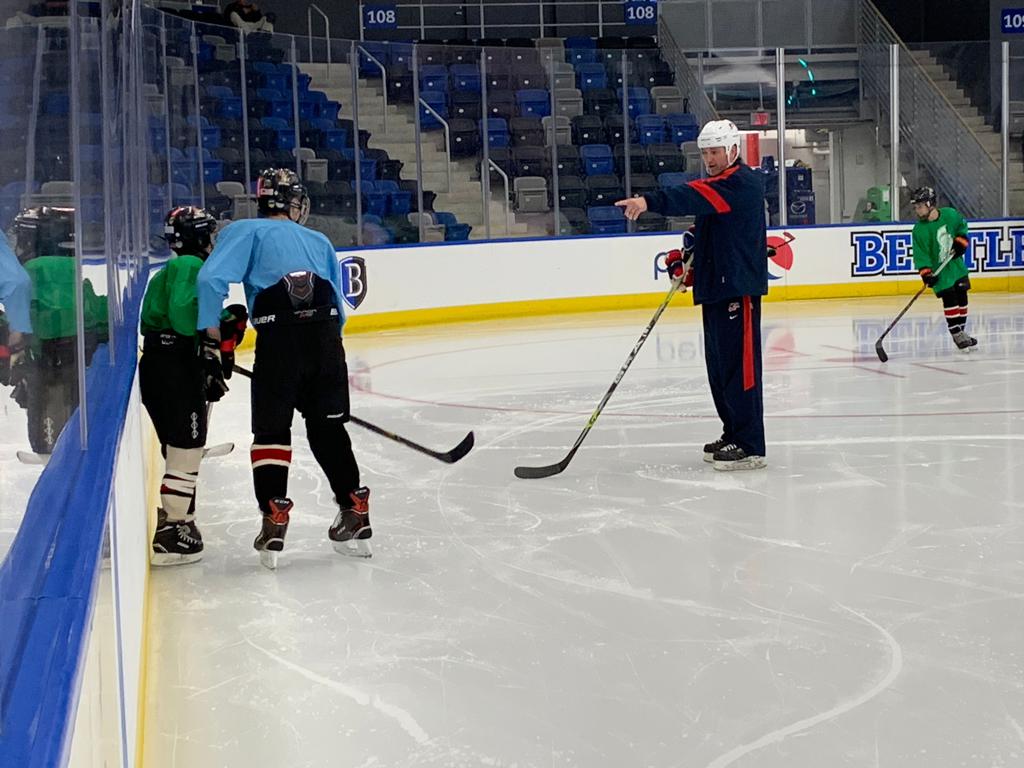 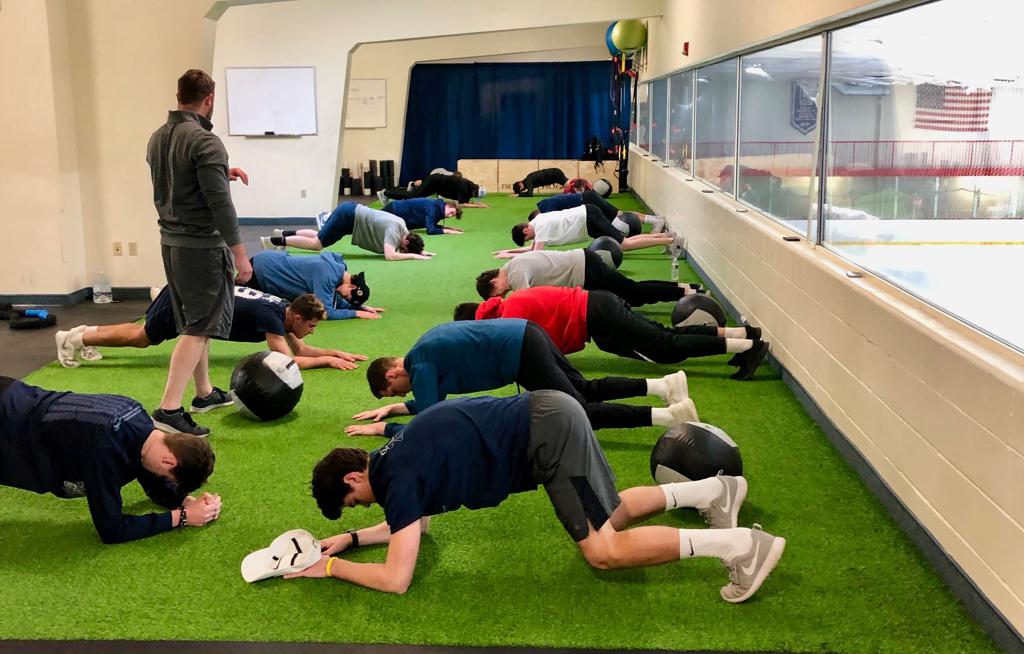 Starting younger players off with athletic movements, including off the ice before or after practice, and working up with age-appropriate weight, is part of USA Hockey’s recipe for player development.

“Giving boys and girls that base at a young age is critical,” says Grillo. “There comes a point where if you’re talking about pushing heavy weight, that’s when you have to find a professional who understands what your body can take, and the proper techniques, so you’re not doing potential long-term damage. But we are strongly encouraging youth hockey coaches and associations with athletic activity once or twice a week – and, as they get older, three or four times a week before or after practice.”

“Where we are probably farther behind our competitors, meeting Sweden, Finland, Czech Republic, Slovakia and Russia, is in that base of athleticism,” Grillo says. “And that commitment to the off-ice training piece, on a consistent basis, starting at 6- or 7- or 8-years-old. They do a phenomenal job.”

In many countries, practice on the ice is merely a component of that day’s practice.

“Our mindset over here is that practice is a 50- or 60-minute window,” says Grillo. “They’re adding 35 minutes before or after that so their practice is 1:35. Added up over 10 years of a youth sport, that pays a huge positive dividend. We’re trying to get people to grasp and understand that. We think it will pay bigger dividends for us competing against those other countries for gold medals.”

When it does come time to train, Grillo suggests, in addition to working with a professional if it means lifting heavy weights, focusing on a training regimen that would not hinder the freedom of hockey movements.

“Putting stress on the big joints – the hips and the shoulders and the back – that’s always a concern if it’s not being properly monitored or if the technique isn’t very good,” he says. “But, if it’s done properly, there are a lot of really good people who do a lot of really good work with this. It can be a huge game-changer. Every trainer has a different mindset, but [they should be] making sure you’re not putting too much stress on the parts of the body that need to move freely. In our sport, that’s shoulders and hips.”

If there’s one takeaway beyond not stressing the most important elements of young hockey player, it’s stressing the overall athrleticsim of a young athlete.

“Don’t worry about being a great hockey player,” says Grillo. “Be a great athlete. It will translate. Secondly, just realize that there’s going to come a point in your development where the work away from the rink is as important, if not more important, as what you do at the rink. That’s nutrition and rest and training, and it’s becoming more athletic, stronger, quicker and more explosive. That’s really critical, especially as you move into those mid- to late-teens and into your 20s. That’s what’s going to separate players.”

“What athletes do away from the facility, and, in our sport, it’s away from the rink, becomes in some cases even more important than what happens at the rink,” Grillo says. “If the goal of the athlete is to play at the highest level possible and has a real passion to do that, then how you eat, how you rest and how you train – along with your willingness to become an all-around athlete, and get stronger, quicker and more explosive – becomes extremely important. Some of that is what separates the good from the great.”