The “singing goalie” has a nice ring to it, which makes fine sense in the case of Beckett Guest, who as an 11-year-old managed to generate a little fame this past winter and spring when took on one of the most difficult of singing challenges: the national anthem.

It’s not the only challenge he has embraced over the past few years. Living up to the nickname, yes, he’s a youth hockey goaltender, too, and he’d like to play – or sing – for the Bruins someday.

After, as his mother says, “five solid years” of Learn to Skate with a crate, Beckett traded those crates last summer during a goaltending camp and immediately fell in love with the position. The Gloucester native is also a fairly accomplished actor, having started at the age of 5 and having appeared in more than 10 stage productions, including with the theater company Stage 284 out of Hamilton.

“And then he just decided, he wanted to sing the national anthem,” says his mother, Jessica Guest. “He wanted to work on that. So he sang for the first time in a dance recital in June and then he did a baseball game – and then the board for our local youth hockey organization saw a video of him at the baseball game. They asked him to sing at our friendship tournament in November.” 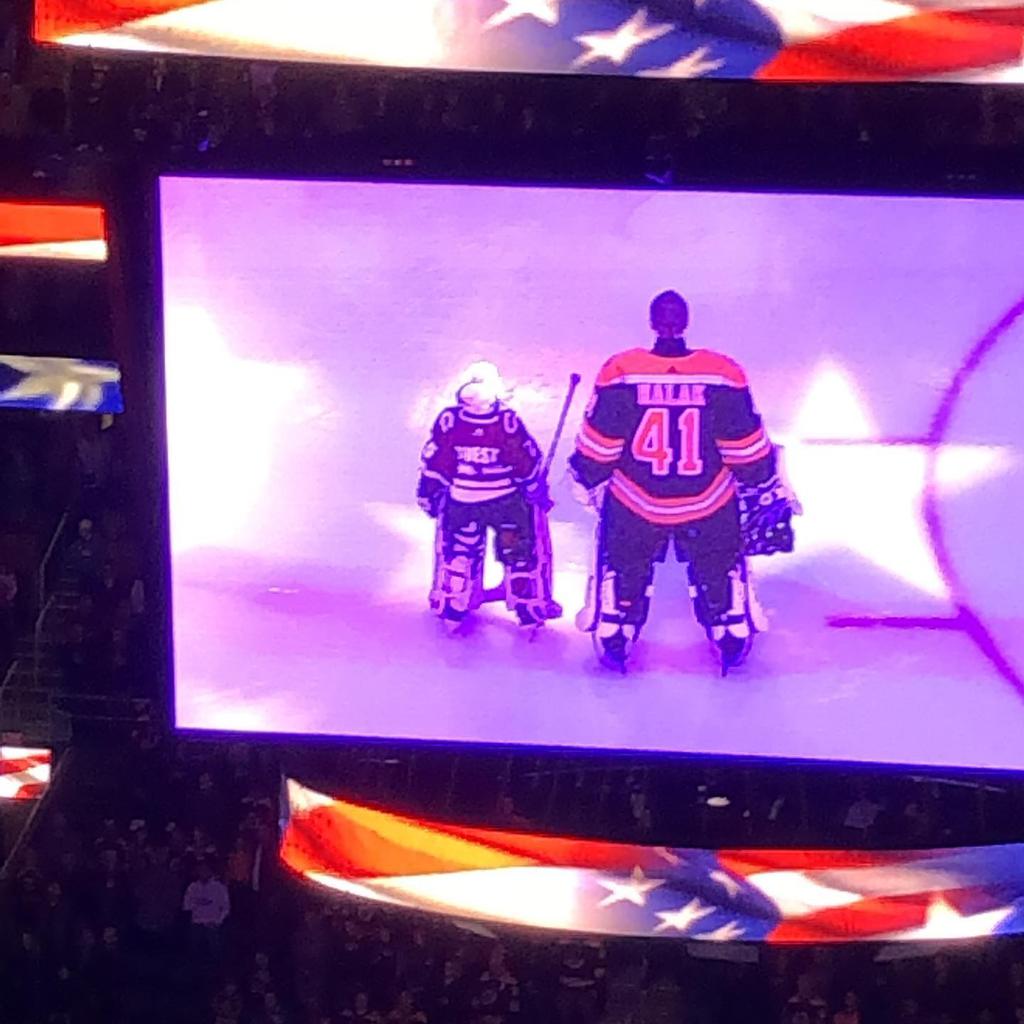 “I’ve always wanted to play for the Bruins, so singing is now my back-up plan. If I don’t make it as a goalie, I could keep playing for, like, a men’s league team and sing the anthem for the Bruins. I’d still be part of the organization, and I’d still be able to be there and be a part of the game, but I just wouldn’t be doing that in a way that is physically on the ice.”

Not only did Beckett sing, he sang eight times that weekend. And, because the friendship tournament includes a team with Canada, he added eight Canadian anthems for good measure.

“People kept asking him to sing,” Jessica says. “If he was at the rink, they would just grab him.”

As a parent, it’s a tough call as to which is harder on the nerves – being a goaltender mom, or being the mom of a kid signing the national anthem in front of a crowd before his 11th birthday.

“I just don’t want him to screw it up,” says Jessica with a laugh. “I think I’m more nervous for that. I don’t know, goalie is hard. But [when he’s signing] I’m just watching him while the whole place is quiet, so it’s, like, ‘Oh, just don’t screw up.’ Once we get to the parts with the high notes, I feel OK about it.”

For Beckett’s sake, he can often tell right out of the gate when he has a good shift going from a singing standpoint.

The key to the roller coaster of a song is starting in the right place. He says that once he gets that right, and sings, “O say can you see’ rather than ‘O say con you see,’ he’s off and running.

“My favorite thing about singing the anthem is probably that, not only am I doing it for myself, but it’s being able to do it for other people,” says Beckett, who puts the anthem third among his favorite songs to sing, behind Giants in the Sky and Your Fault from Into the Woods.

The anthem, however, has its own bit of a built-in wow factor. Along with presenting all kinds of challenges in what amounts to the time it takes to kill a penalty, it comes with a higher degree of difficulty.

Then, it’s Beckett, the song and the audience, and he’s proven comfortable in that spotlight over the years, saying that while he loves acting, it was the singing that fueled his energy in performing.

“I always say I hope he continues to be as confident in himself when he gets older as he is now,” says Jessica. “Because, right now, he isn’t afraid to do him, whatever that is. I think being a theater kid is kind of different, especially at his age. And I think he’s comfortable kind of being the different kid.”

Goaltender offers its own unique differences, too. And Beckett is acutely aware of the impact he can have on a game

This is Beckett, #singinggoalie. He's 10, plays Goalie for his Squirt hockey team, and enjoys singing the National...

Posted by The Singing Goalie on Sunday, January 5, 2020

“You have the different perspective,” he says. “No matter whether you’re losing by 100 or winning by a million, you have the chance to change the game. You’re part of the team, but when that puck is coming at you, you’re on your own – unless your teammate is going to jump in front of you and take a puck to the gut, which would hurt a lot. It’s you with the padding, standing there. You are the only thing between the puck in the goal. Either you make the save or you don’t. That’s what makes it fun.”

Being in a supportive environment also helps.

“I think everyone is really nice,” says Beckett of his organization. “No one really gets mad when you let in a goal, or if you make a bad play. Some other organizations may not necessarily be doing the same thing. I might see across the ice that they are not patting their goalie on the back after they let in a goal.”

Speaking of goals, for Beckett, he’s still eyeing the Bruins.

“I’ve always wanted to play for the Bruins, so singing is now my back-up plan,” he says. “If I don’t make it as a goalie, I could keep playing for, like, a men’s league team and sing the anthem for the Bruins. I’d still be part of the organization, and I’d still be able to be there and be a part of the game, but I just wouldn’t be doing that in a way that is physically on the ice.” 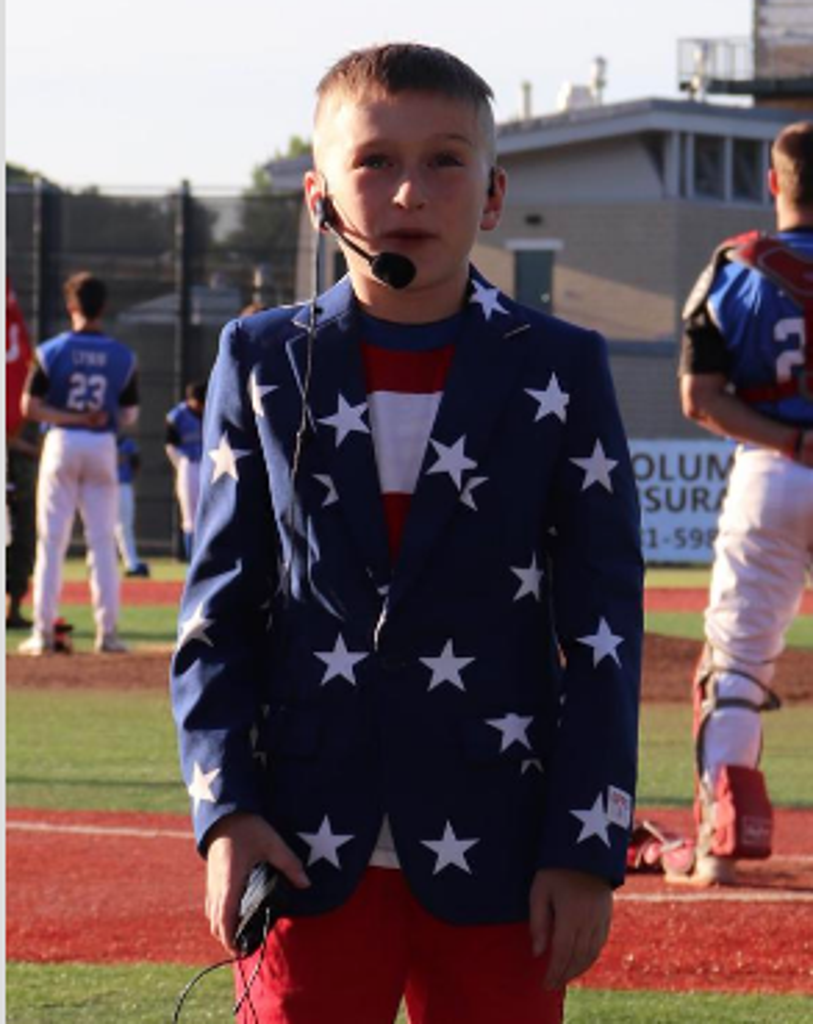 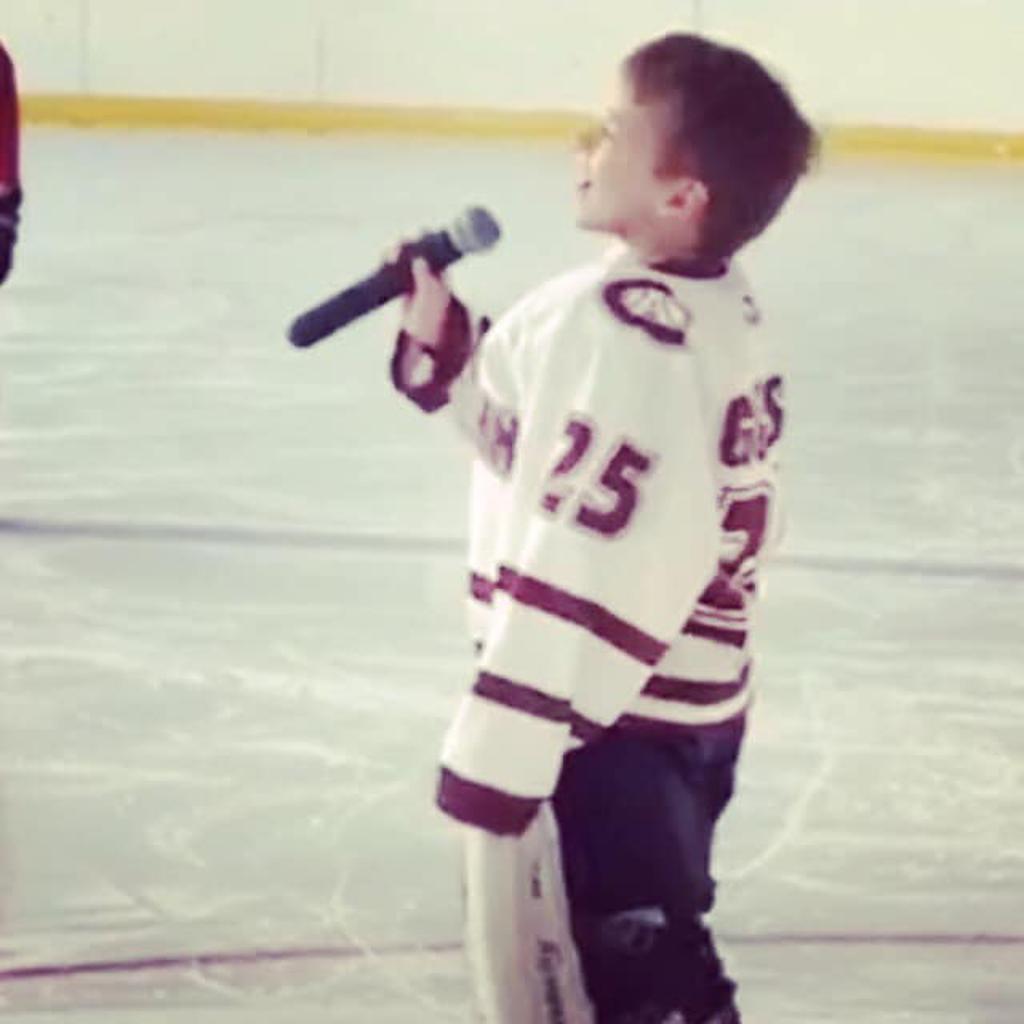 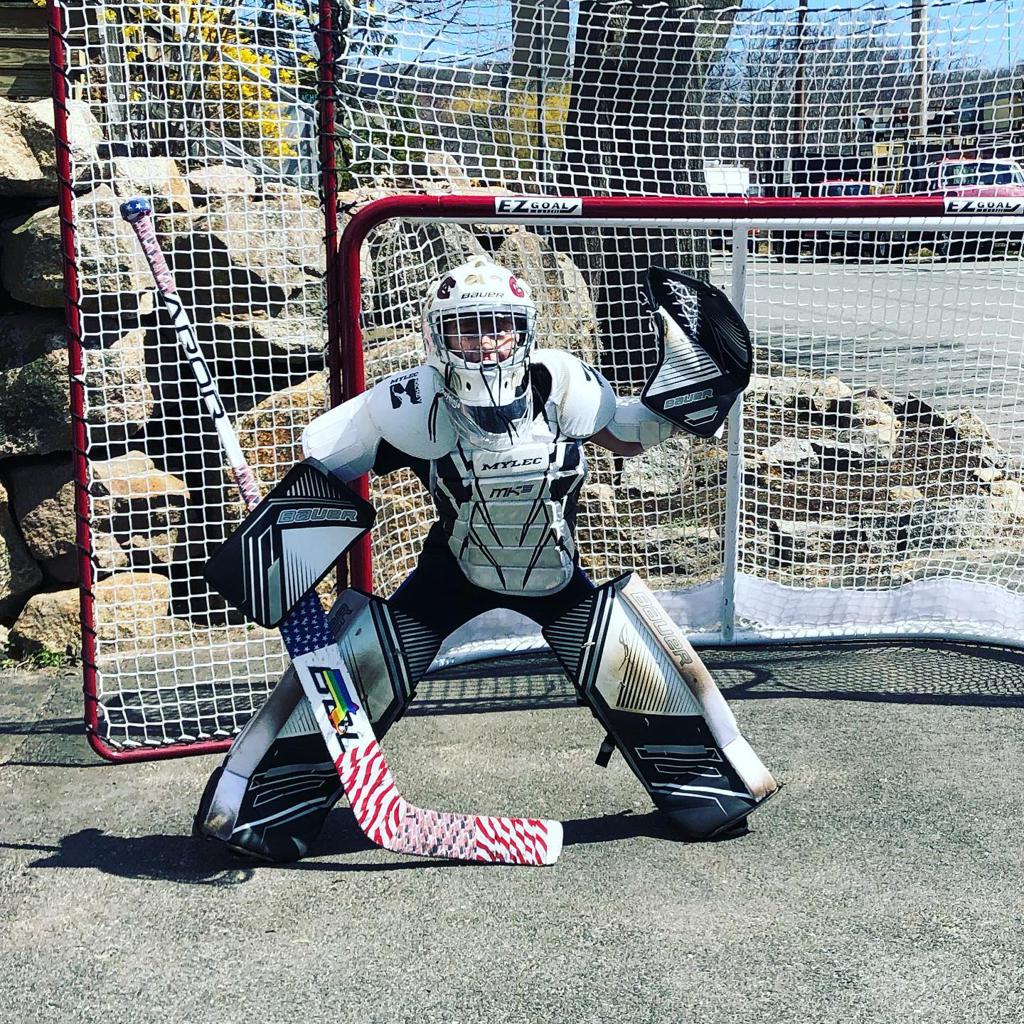