For months now, getting to the gym has been written off as an impossibility without any guarantee of a return in the near future. But that doesn’t mean workouts have to go by the wayside. Hockey players – and anyone else in the house with them – can stay in shape until the workouts come back to them.

“A lot of people have this idea that they can’t train at home without certain equipment, or that they can’t make as much progress,” says Kyle Coogan, Director of Performance at Athletic Performance Training, which has locations in Falmouth and Attleboro. “I’d say they’re lucky in the sense that a lot of the programs are developed around how they can improve their speed and conditioning at home, at the track or with minimal equipment. So I think athletes might be a little bit better positioned than someone training for general fitness.”

Even movements that look simple can be deceptively difficult and useful during this most unique of off-seasons.

“A lot of the dynamic movements are going to be things that athletes do just to get warmed up,” Coogan says. “It could be anything from walking with quad stretches, doing knee hugs and doing lateral lunges.”

And while the upper body can be a little harder to train without leaving the house, that’s not impossible, either.

“The upper body is tough, at least in terms of pushing the load super heavy,” says Coogan, who counts among APT’s clients a number of Division I players. “But you can always fall back on push-ups. And if you have a spot to do pull-ups, which a lot of people do these days, I think chin-ups are going to be the money maker there. Luckily, you can always add tempo or static holds to push-ups to make them a lot harder. Simple drills like that can go a long way if you program them correctly for a couple of weeks.”

Click here to be connected to Athletic Performance Training in either Falmouth or Attleboro. 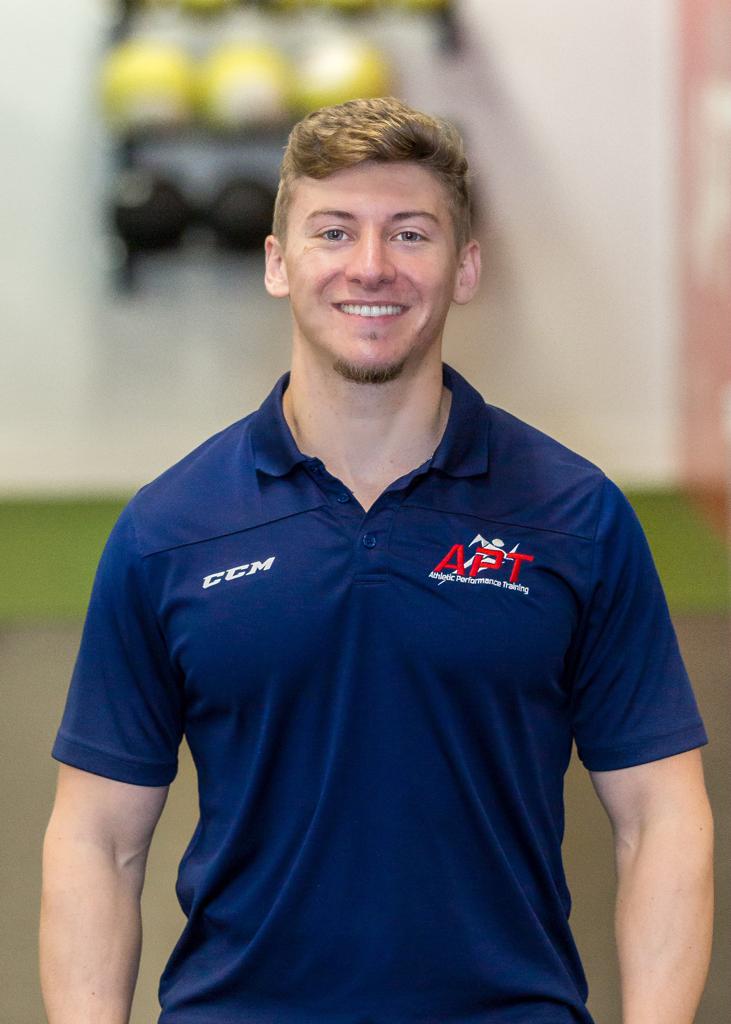 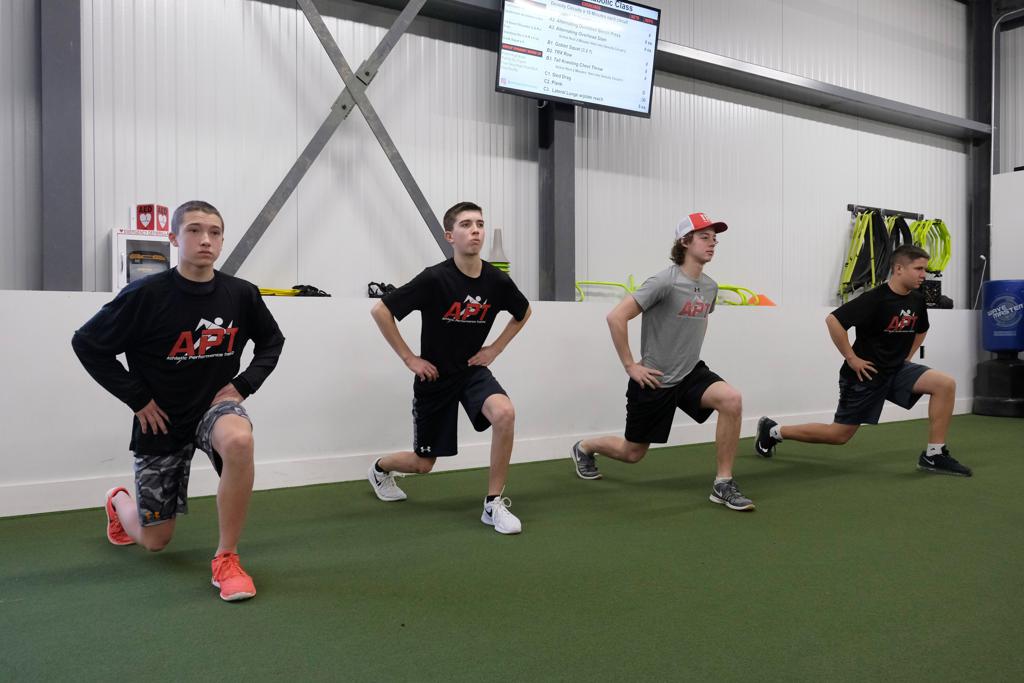 If you’re going to be indoors, core work is always an option.

“You can do a ton of core work during this time,” Coogan says. “Anything from plank variations, variations that work your adductors, like Copenhagens or dead bugs. You don’t need equipment for those movements and you’ll definitely feel it if you do it correctly.”

And, when in doubt … run. Run fast. Short sprints reasonably approximate a hockey shift in a few ways.

“Players can work on the mechanics through simple arm mechanic drills and leg mechanic drills, and skipping,” says Coogan, who suggests a good time to start thinking about training is around 12- to 14-years-old. “They can take that to the track and produce 100% effort without having to worry about loading the body. They don’t need an external motor or resistance.”

When working with his athletes, Coogan has his hockey players sprinting distances of about 20 meters. He also believes in training on hills.

“I think hills are great,” he says. “The only downside is they probably need a little bit more time to recover due to the output of it. But, if they can find a good hill, and you don’t need to find one that’s super steep because a 15° to 25° incline is going to be enough, they can sprint up, recover for a couple minutes and then go at it again.”

Of course, sprints and hills require the great outdoors, and, when we’re able to return to them in earnest, hockey players can get back to considering what other sports to be playing in the offseason.

Age-specific Dryland training (printable PDFs) click on the links below. 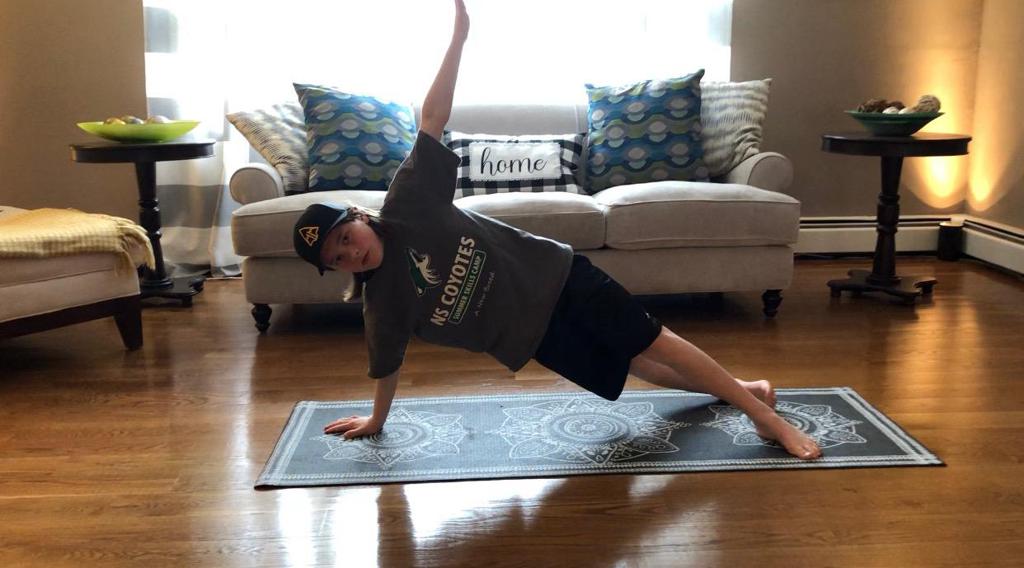 “I don’t think there’s a wrong answer here,” says Coogan. “It could be anything – baseball, basketball, maybe something non-contact might be a little bit better, but, in terms of movement expression, I don’t think they can pick a wrong sport. Even from a mental standpoint, give yourself a couple of weeks or months off the ice. Pick up some other skills and you’ll probably come back feeling refreshed. Last summer, I was trying to get some of the guys out on the tennis court to try something new.”

Coogan recommends activities that work the muscles that would be considered antagonist for a hockey player in the offseason.

“Give those muscles that they sometimes overuse some time off,” he says. “If we’re looking at that chronic hockey posture, they’re going to be the muscles that aren’t used as much and should probably be trained more densely in the off-season. They’re constantly using hip flexors and abductors and quads during the season. So we need to hit the opposite of those in the offseason and work on hip extensors, hamstrings and adductors.”

“There are two ends of the spectrum,” says Coogan. “There’s force and there’s velocity. When you have a player who is fast and has a lot of skill – whether it’s on-ice IQ or a specific skill with a stick and a puck – that’s going to be a game-changer, as well. When we get athletes in the off-season, we want to train both ends of the spectrum to make the athlete better overall. But it doesn’t mean you have to be in 100% on one end to be the best player.”

Being the best player will require a rink, and, like a gym, no one can be sure when we’re going to return to either. And no one is alone in looking forward to some level of normalcy when it comes to working out and getting back on the ice.

“Just getting back is going to be the best part,” Coogan says. “The summer is fun, and we have a lot of our higher-level DI athletes coming back. It’s fun training every athlete, but the higher-level guys can definitely do some exciting things, so it’s always cool to see them come back and move some weight and get around a little bit. I look forward to seeing them and I hope everybody’s doing well right now in quarantine.” 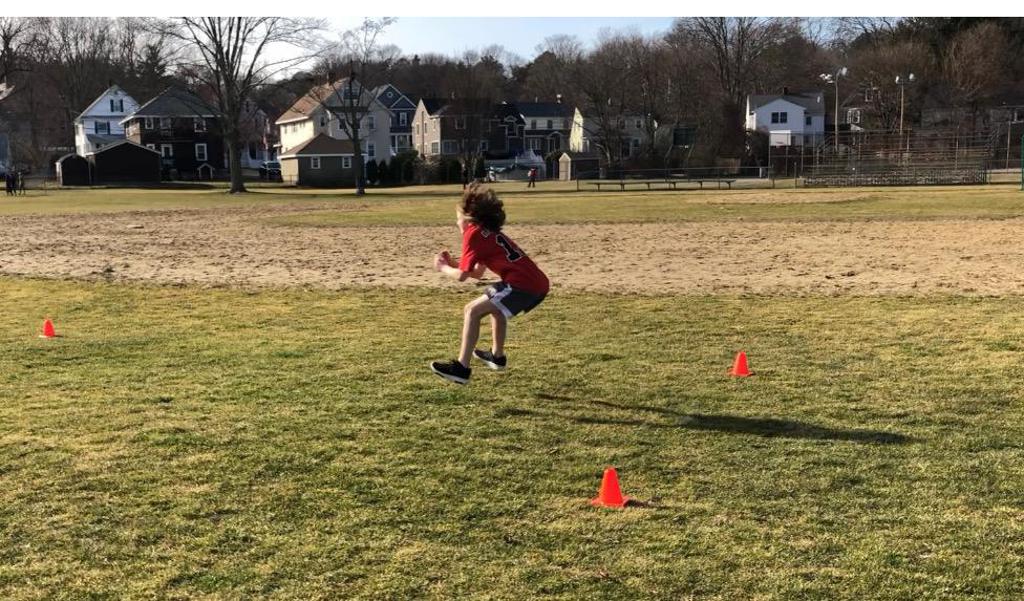 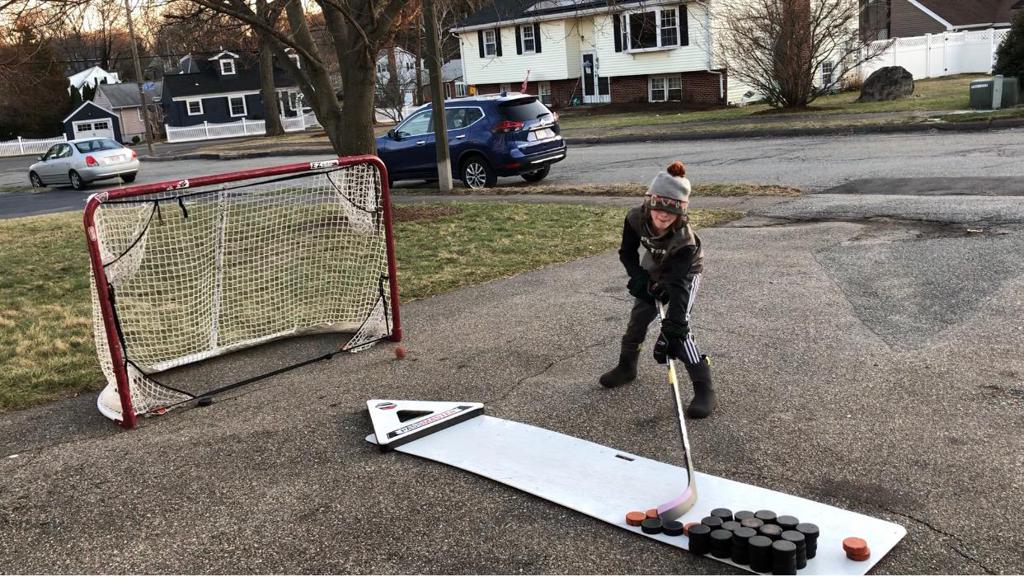 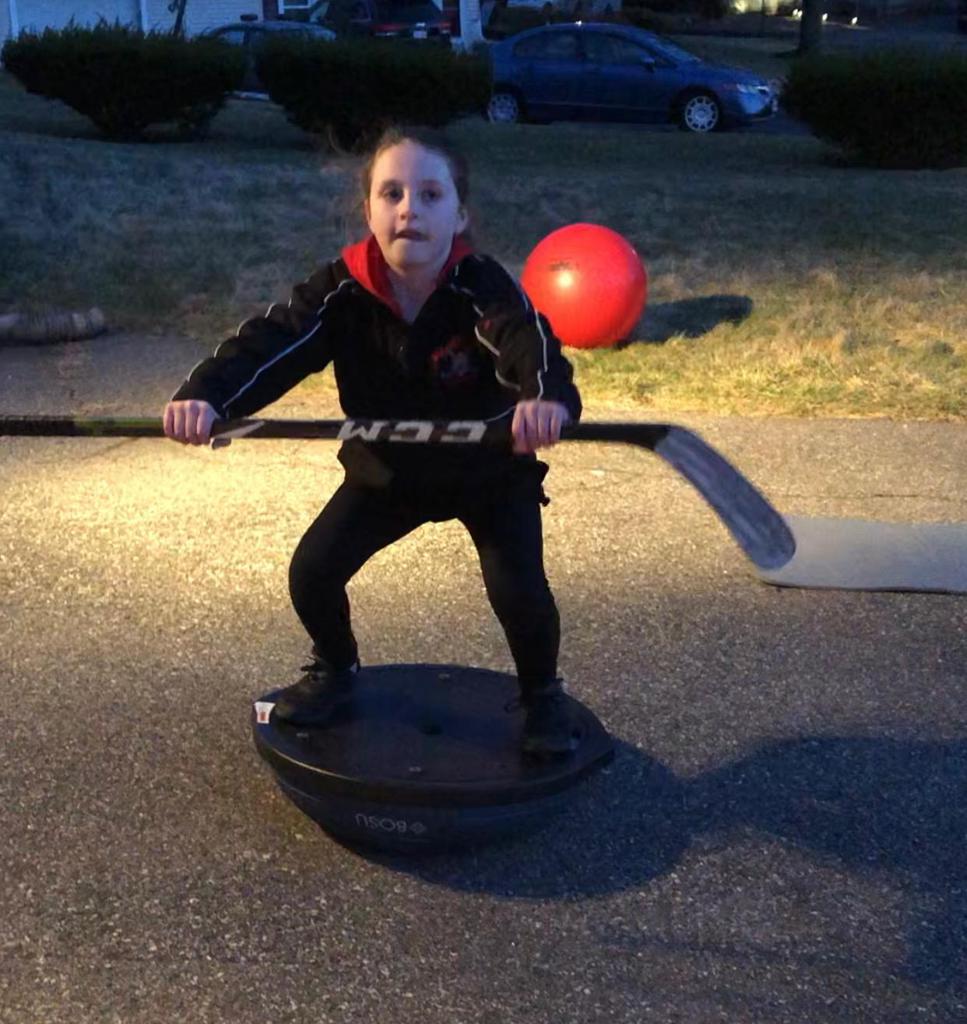