How it all began

Looking back, 16-year-old Griffin Bouchard couldn’t have seen this all coming.

“When it started, I was just kind of living it,” he says of the nearly $60,000 he’s raised through hockey events over the past five years. “But, as the years have gone on, I have realized how big it is getting and how big of an impact it’s making.”

The journey to raising tens of thousands of dollars began with, unfortunately, zero steps. It was at the age of 10 that Bouchard – whose baseball coach noticed him limping after practice – was diagnosed at Boston Children’s Hospital with coalitions in both feet that took him from very active boy to a pair of surgeries in six months that had him spending the better part of his fourth- and fifth-grade years in a wheelchair or on crutches.

It was thanks to BCH that Bouchard, whose condition hadn’t bothered him so much in hockey, has recovered to become a 16-year-old whose story of giving back has taken on a life of its own. After the surgeries, Bouchard returned to sixth grade in Hamilton, Mass., where a service learning project in school set the journey off in earnest.

While his sixth-grade classmates had their fundraising sights set on local animal shelters and food banks, Bouchard had something in mind that would combine his passion for hockey.

“I just took a shot and I emailed the Bruins,” says Griffin’s mother, Lori. “And I said, ‘Is there anything he could do with Children’s Hospital and with you guys?”

Within a couple of weeks, Lori heard back from Karen Wonoski with the Bruins Alumni staff.

Griffin had come up with a plan for a holiday skate at Pingree School, and Karen let Lori know that Rick Middleton, “Nifty” himself, would attend.

“And Rick has been involved ever since,” Lori says. “It definitely has taken on a life of its own since this started when he was 11. When the NHL alumni caught wind of it, it kind of blossomed over the years. It gets harder and harder because [Griffin] has so much more hockey and schoolwork now, but it’s so gratifying because he has met so many people through the years and has so many supporters. And I think he understands that that’s not typical for someone his age.” 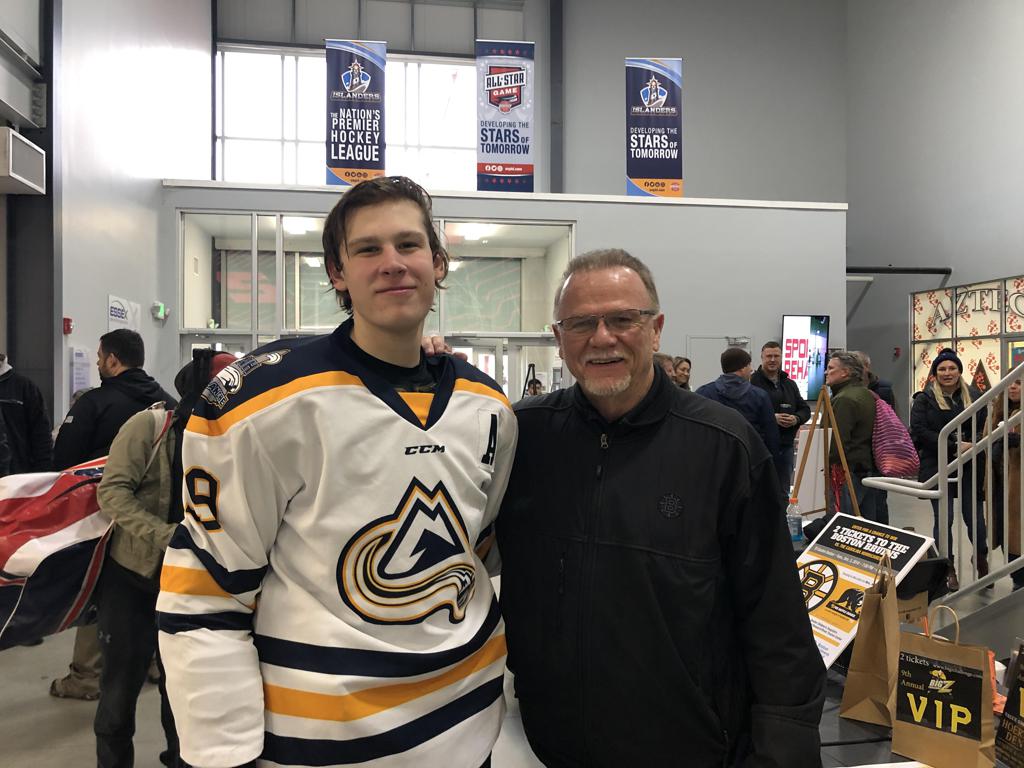 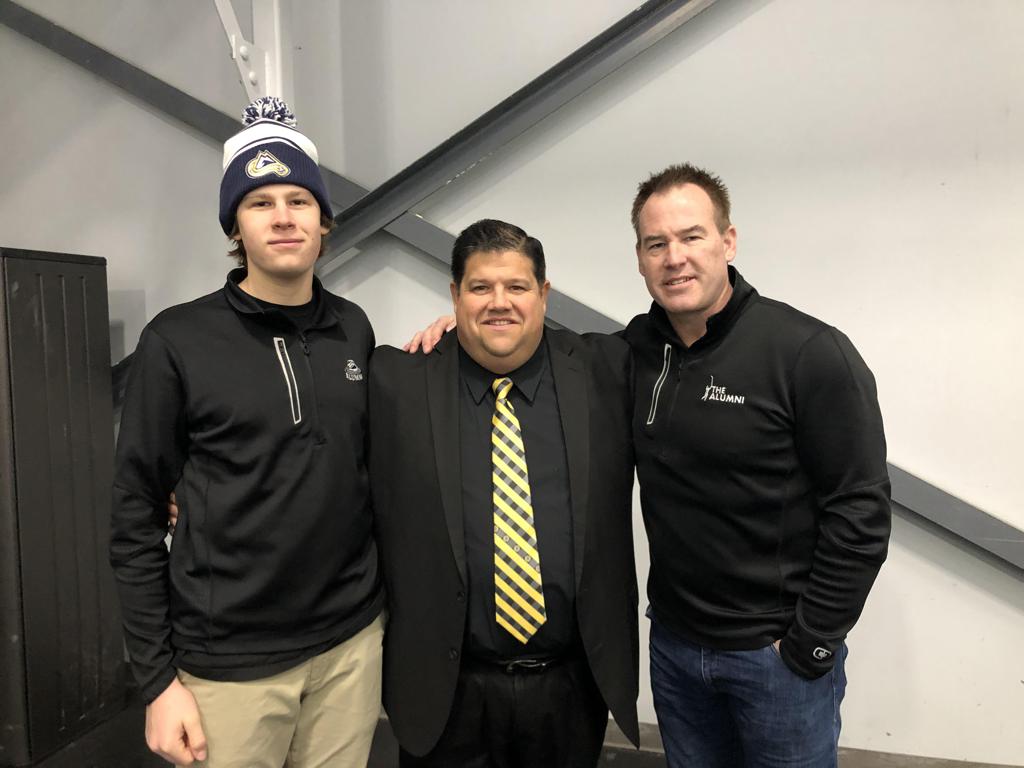 Middleton was there during that first holiday skate during which about $1,500 was raised, and through the handful that followed until this past year, when Griffin decided he wanted to do something bigger than the holiday skate.

“I think his reasoning since he was 11 is that he missed a whole season and had a better appreciation for being in a wheelchair,” Lori says. “To realize that some kids can’t play hockey, or only can in a more limited capacity, it pretty much got to him when he was that young. But, on the other hand, it was a good lesson.”

This past November, Griffin and Lori put together a 3-on-3 tournament that raised almost $10,000 after covering the costs of ice and officials.

Middleton was there, too, to drop the puck. As was Bruins national anthem signer Todd Angilly and Blades the Bruin for good measure.

Oh, yes, there were also 20 teams from four states, six fun hours of hockey and a lifetime of memories.

“We saw Todd at a Bruins game the other night,” says Lori, “and he said kids are still coming up to him to tell him what a good time they had at the tournament.”

Unlike the holiday skate, which had more of a local flavor, the tournament caught Lori by surprise.

“I was overwhelmed,” she says. “We were doing the scheduling and the logistics, the ice time and all that sort of thing, but we didn’t know what to expect. So I was blown away by the feedback and that we could actually pull off something like that. Sure enough, people stepped up and made it what it was.”

For their next trick, Griffin and Lori have talked about taking another leap – possibly even on a national level. But, first, there is the matter of trying to reach Griffin’s stated goal of raising $20,000 this year.

Coming off a previous year in which he reached his goal of $10,000, Griffin appears to be on his way to another win after doubling his ambitions.

For next year, Griffin, even as his connection to the NHL Alumni deepens (the Pro-Am has in the past included Ray Bourque, Andrew Alberts, Hal Gill, Mark Mowers and Mike Mottau), he’d like to reach out to this NHL generation, too, for events he builds in the future.

“We really would like current players in the NHL to come,” says Griffin, whose hockey idol is Bruins forward Charlie Coyle.

“The coolest thing is meeting all the people in the hockey world I’ve met,” Griffin says. “It’s great to meet them and talk hockey. They’re really appreciative of my efforts, which is really cool, and they’re so humble, too.”

He also has a message for anyone who looks at the sums he’s been able to raise and wonders how they might get started.

“I would say it’s never too late to start,” Griffin says. “Even going door-to-door and raising money – just growing awareness is the biggest thing. Every dollar counts. You don’t have to raise that much money to still make an impact and change peoples’ lives.”

Lori has seen how all of Griffin’s efforts have changed his own life, too.

“It’s been great for him,” she says. “As a kid, he used to be more on the quiet side, so being able to interact with people, especially adults, and ask for money, which isn’t easy to do, has been great. Last year when he won the Corey C. Griffin Impact Award, he made a speech in front of thousands of people. Naturally, he has always been a kind person. I think he is sort of wired that way anyway, but this has really brought it out even more, which is great.” 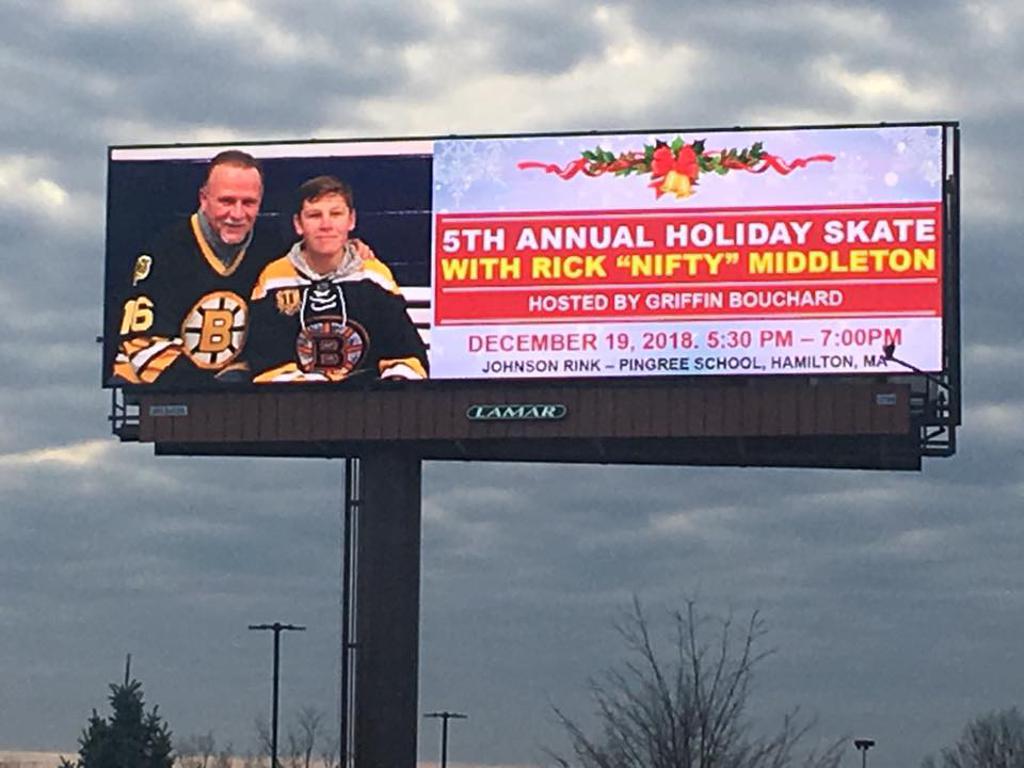 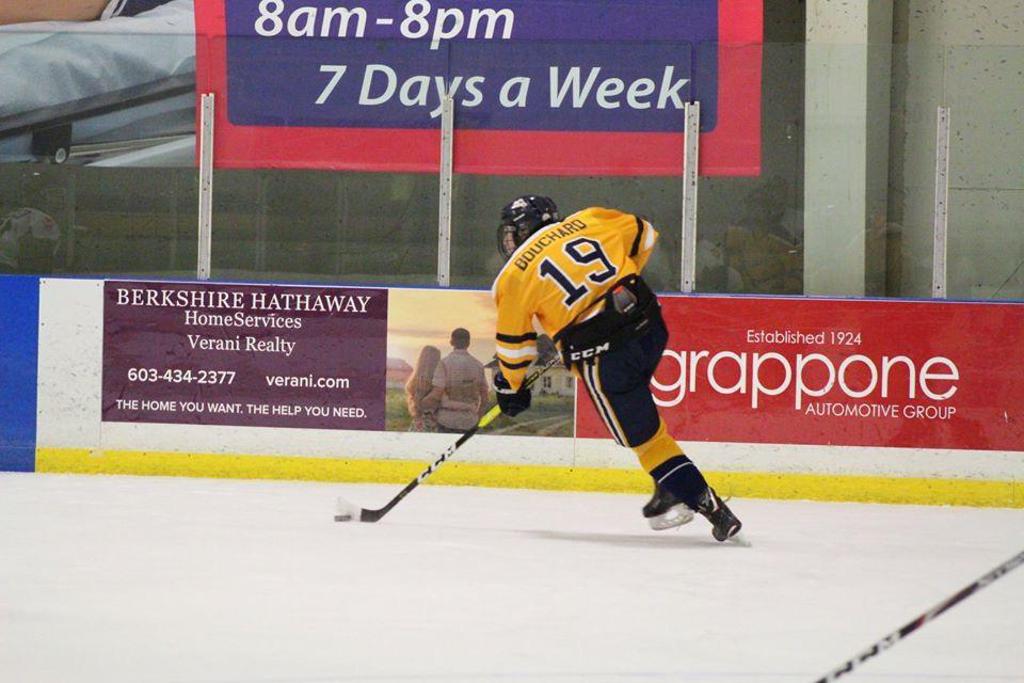