Cancelled due to the COVID-19 Virus

Massachusetts Hockey announced today that we have cancelled all tryouts, Festivals and Final 40 events that were to be held this spring. Due to the current situation caused by the COVID-19 virus, USA Hockey has recommended the cancellation of all affiliate tryouts and camps that are part of the National Development Camp selection process.

“While this is another disappointing cancellation to have to announce, we continue to put the safety and wellbeing of our players as a priority,” said Bob Joyce, President of Massachusetts Hockey. “There are over 1,000 families that will be involved in these events and due to the uncertainty of the spread of the virus, it quickly became apparent as to what the right decision was.”

The CCM High Performance program is the path for Massachusetts Hockey players to be selected for the USA Hockey National Development Camps. The events provide an opportunity for all players in Massachusetts to earn the opportunity to compete and train amongst the top players in the state.

In addition, USA Hockey has also announced that they tentatively plan on holding the Boys 16 and 17 National Camps and the Girls Under-18 Selection National Camp. If these camps are ultimately held, invitations will come directly from USA Hockey’s national office, with input from USA Hockey coaches, scouts, district player development representatives and other hockey personnel.

Massachusetts Hockey will continue to update our members as more information becomes available.

Massachusetts Hockey has started the process of providing refunds to players who have already registered for this year’s CCM High Performance programs and will work to provide them as quickly as possible to the players impacted. 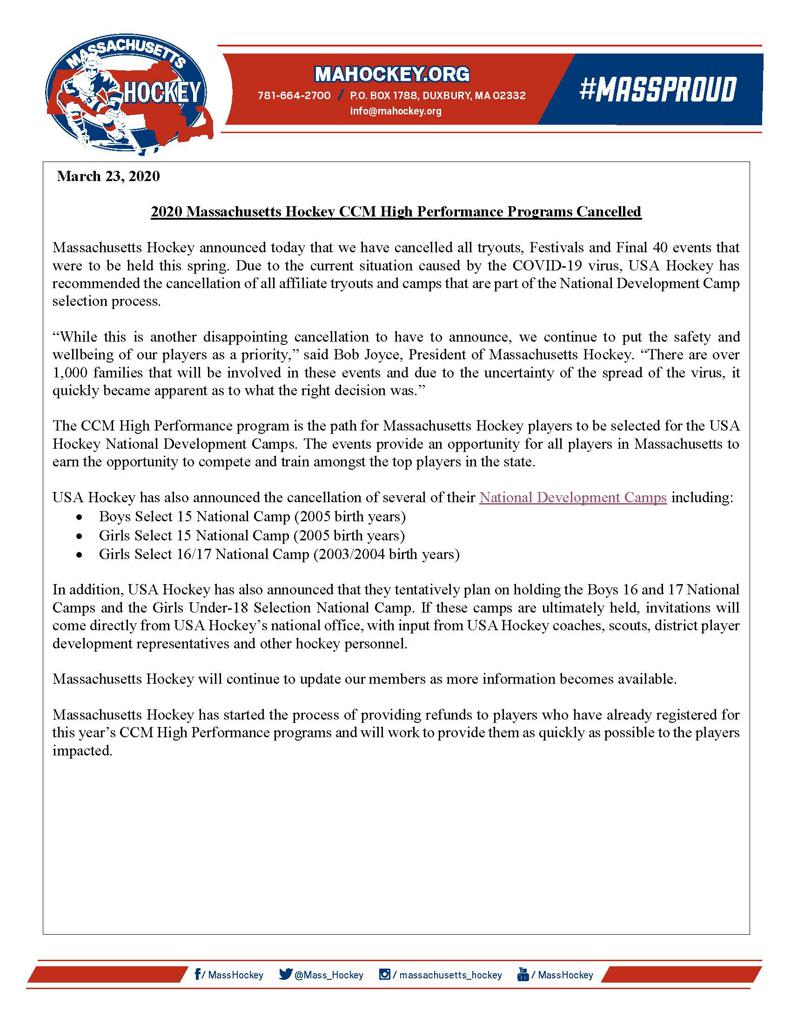