A good hockey move is one thing. Setting up an opponent by fooling them into thinking something else is coming, well, that’s a significantly more dangerous move. And the same goes for making a pass, or shooting on a goaltender, or simply looking for open space when that opponent is guessing zig just as you zag.

Deception is an art form on the ice. And, like art itself, the art of deception often makes more sense once it’s completed. Among hockey’s “wow” moments, the most striking and memorable – the sudden spin-o-rama, the out-of-nowhere toe-drag at full speed, the sleight-of-hand off-speed shot on a breakaway – are frequently the byproduct of a defender who has been set up cold.

If you’ve ever seen a goaltender lunging out of the crease in the wrong direction while biting on a hard fake to leave the net agape, that’s a most obvious victim of deception.

A player who is talented and quick-witted enough to think of deception tactics on the fly is a thoroughly more dangerous player.

“It’s huge,” says Minnesota Wild forward and Massachusetts native Ryan Donato, who spent some days and nights during his childhood in the Bruins dressing room while his father, Ted, played for the B’s. “The more you can keep the other guy thinking about what you’re going to be doing, that’s huge. It’s not an easy skill. It’s a skill that takes a lot of time to learn, and I don’t think I’ve fully learned it yet it, either, but it definitely helps.”

For Donato, who is just over 100 games into an NHL career that originally began as a Bruins draft pick before he was traded in a deal that returned fellow Massachusetts native Charlie Coyle, the former Harvard standout has found rising through the hockey ranks also means a learning curve in terms of deceiving opponents.

It should come as no surprise that in the NHL, players have seen just about everything you can throw at them.

“Some things work at younger levels that won’t at other levels,” Donato says. “You could score a goal certain ways in high school that you won’t score in college. And it’s the same between college in the NHL.”

“You kind of build as you go, and that’s the challenge of adapting,” says Donato. “You use your intelligence to learn deception to hopefully score at each new level.”

When to speed up, only to slow down. When to lean left, knowing you ultimately want the play going right. When to fake a shot, just to pull it back across your body for a backhand. When to eye a short pass that freezes a defender and opens a stretch pass. 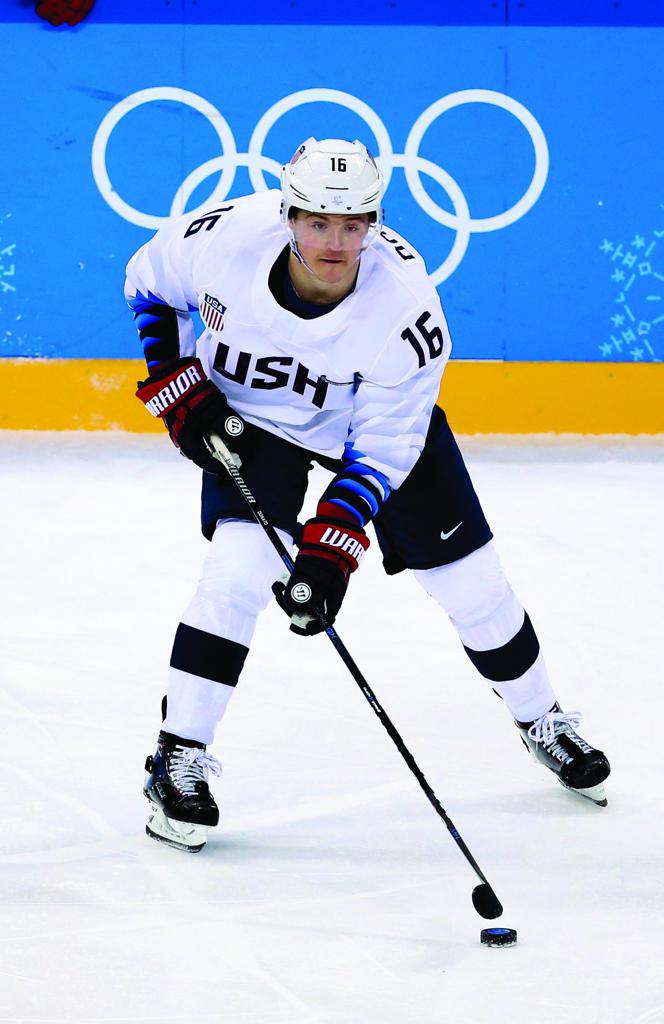 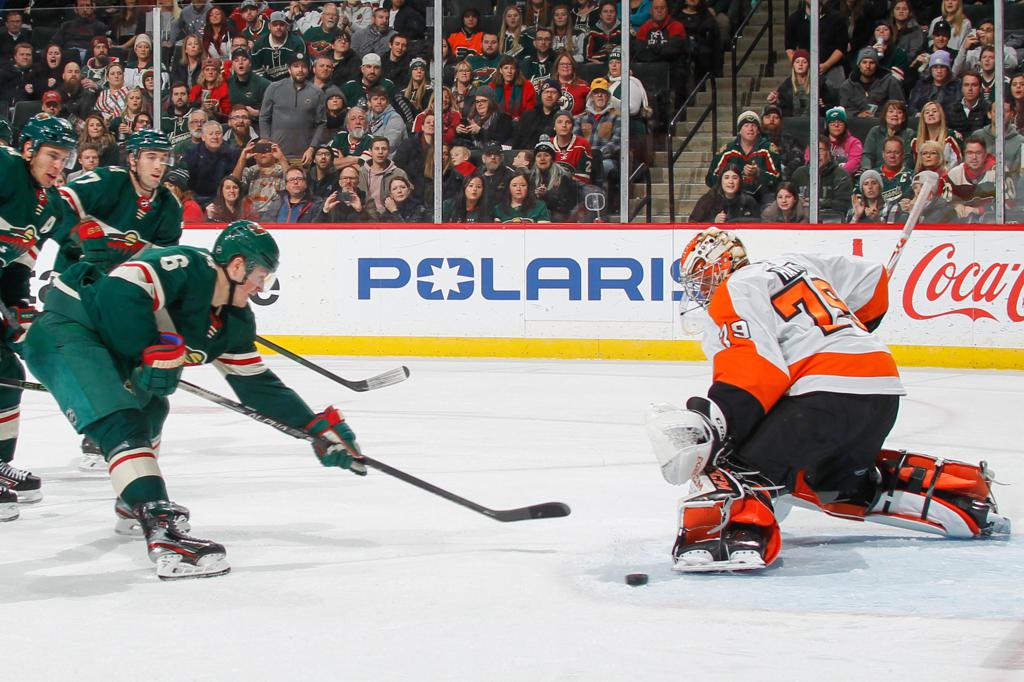 Tips of the trade: Be patient

If an offensive player can open up some room with a burst of speed, the radius extends when that player then pulls off the gas pedal. Or even slams on the brakes.

Donato’s tips include looking for opportunities to change speeds and create an advantage.

“Definitely, using your momentum as a player, trying to get the defenseman in a position to be a screen or in a vulnerable spot, too,” he says. “Or to get a better angle to shoot. Those are huge things, for sure.”

Tips of the trade: Considering the defender

A practiced move can look pretty good on an open sheet of ice, but against defenders and goalies who may be even more skilled than you are is a challenge. Donato does think about moving those challengers around on the ice when he has the puck.

“A little bit, sure,” he says. “I think it just comes with experience, just knowing that if you pull a puck this way, typically, a guy is going to move that way. Or, if you pull it in, a goalie might drag his leg a little bit and open up the five hole. And that comes from timing and learning different styles from defensemen and goalies. A lot goes into it. And that’s typically why the more experienced players have success. They know what works at certain times.”

Shooters need shooting lanes, too, of course, even if it means deceptively opening up a teammate’s scoring opportunity by forcing a defender’s hand.

“I’m a guy who typically likes to shoot the puck a lot,” Donato says. “So, if I pull the puck into a space where I look like I’m going to shoot it, I might have a defenseman lunge or a goalie try to cover the angle a little bit. If I make a pass, I can give that guy a pretty good chance to score.”

Speaking of defenders, they may also be setting up the offensive player — whether it’s a goalie with quick feet tempting a shooter with the five hole on purpose or a defenseman goading a puck-carrier into a move he saw coming. 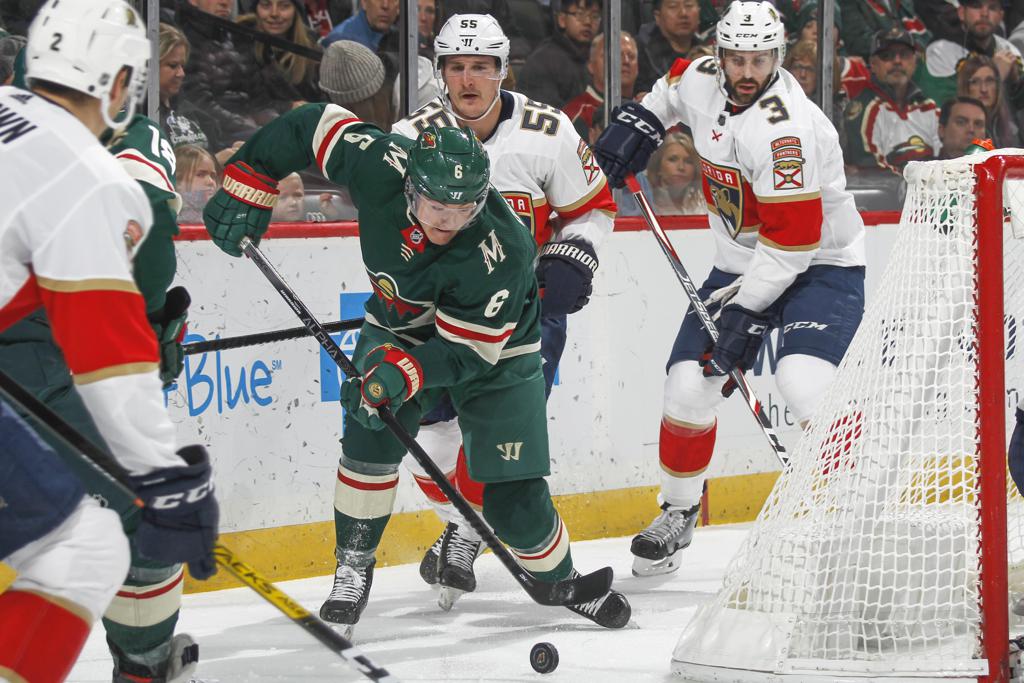 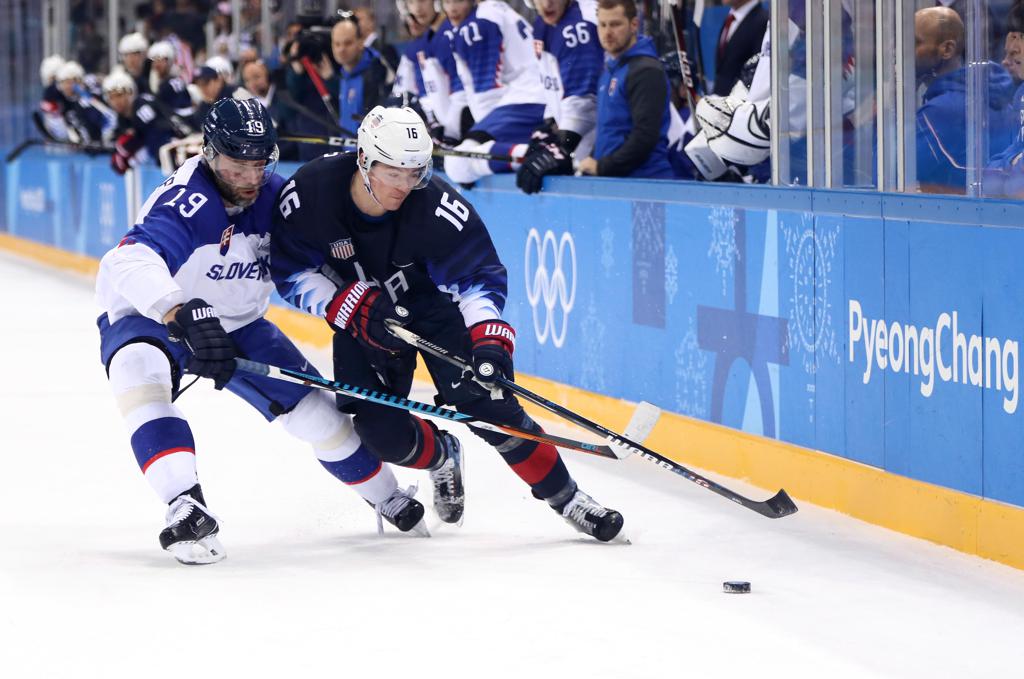 For Donato, a lot of these skills came naturally. But he wasn’t thinking about the NHL while he was in youth hockey.

“You don’t really realize it,” Donato says of any promise he might have shown as a youth player. “You just kind of play. You don’t really want to think about that kind of stuff. There are a lot of really good hockey players and you don’t want to fool yourself into thinking you’re something at you’re not. It was mostly my idea to have fun and not really think about anything other than that.”

Donato’s father, a former Harvard captain who won an NCAA title with the Crimson and played 13 seasons in the NHL (including two stints with the Bruins) as well as in the 1992 Winter Olympic Games, helped keep the keel even – on the ice and in the car to and from the rink.

“I think he thinks he was pretty lenient, but he was the perfect balance,” Ryan says of his father. “He did want to be a little hard on you, but he also wanted to make sure that you enjoyed the game, that you didn’t resent the fact you were playing. He brought a great balance.”

In fact, Ryan credits his father’s approach for some of his own success: “I wouldn’t want to fool you into thinking he was easy by any means, but he had that really good balance of being a coach and a dad. It let me develop my confidence and figure out some things by myself. But he was also on top of making sure I was doing the right things – and being a good teammate and having fun. We were lucky enough to learn those things young.”

You know what else can be deceptive? Thinking that you’ve figured it all out. Donato knows that as well as any young player in the NHL. And the roller coaster of a hockey life that goes from being a kid’s game to something where you’re success or failure is judged by tens of thousands of people on an almost daily basis, can wear on a player. A psyche can be deceptive.

“Yeah, [three] weeks ago, I felt great and was scoring every other night,” says Donato, whose team then opened 2020 under .500 between New Years and the All-Star break. “That’s probably the biggest lesson I’ve learned, that you can’t get too high and you can’t get too low. You have to be as even-keeled as possible because some days you’re going to feel like you are on top of the world and the next day you can feel down in the dumps. But when things happen, know that they can change quickly. They come in bunches.”

“I’ve always considered myself a guy who wanted to score,” he says. “I don’t think anybody is arrogant enough to say they’re always a goal-scorer at every level, but they try to be, and I just wanted to always help the team win. My way of doing that was by scoring.”

Deception clearly paved some of that path.