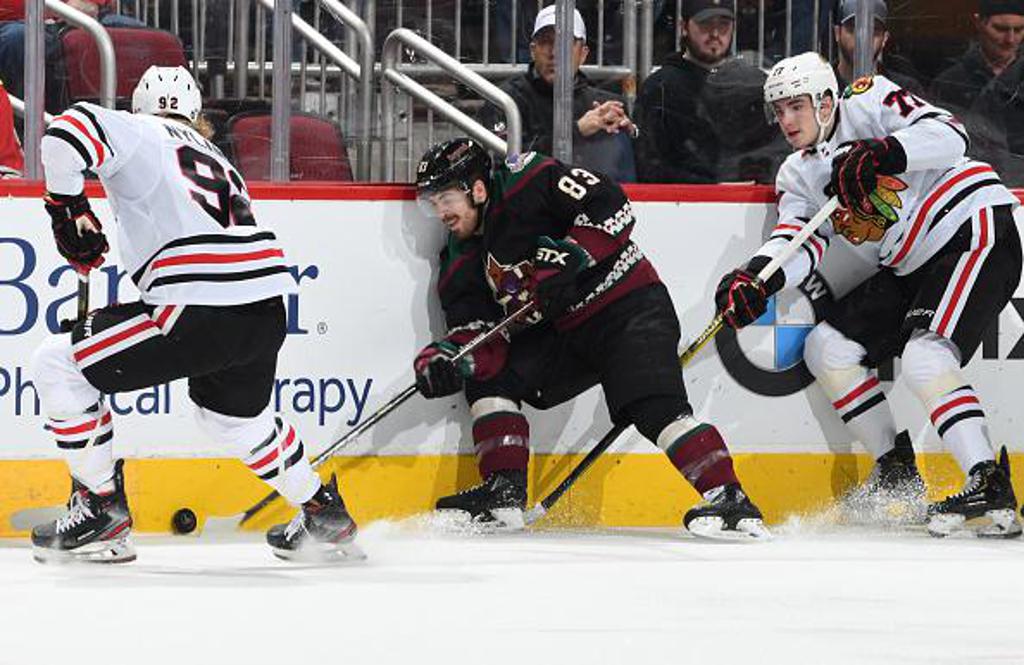 In sports, there’s often a lot of discussion about size. This rings especially true in hockey, where big-bodied players for so long have stolen the show.

But as the game continues to evolve, there’s been a noticeable shift. You don’t have to be a bruising 6-foot-4, 220-pound, hard-on-the-puck player. Today, in stand-in of size comes speed, and guys that are on the smaller end of the ruler have the upper hand.

Still, that doesn’t make it any easier for the little guys. Just ask Conor Garland, who makes note that the first thing any hockey coach, scout or teammate noticed about him probably was his small stature.

“Kind of hard to not notice it, right,” Garland joked. “You’re given the cards you’re dealt with. I happen to be 5-8, and I had to make it with that height.”

Garland, like so many other sub 6-foot players in hockey, grew up embracing his height, or lack thereof. Instead, he’s used it to his advantage, earning top ranks with the Boston Mission and Team Massachusetts throughout his youth before hitting junior hockey and earning himself a fifth-round selection by the Arizona Coyotes in 2015.

We caught up with Garland, currently in his second NHL season with the Yotes, to check in on the advice he has for smaller players. 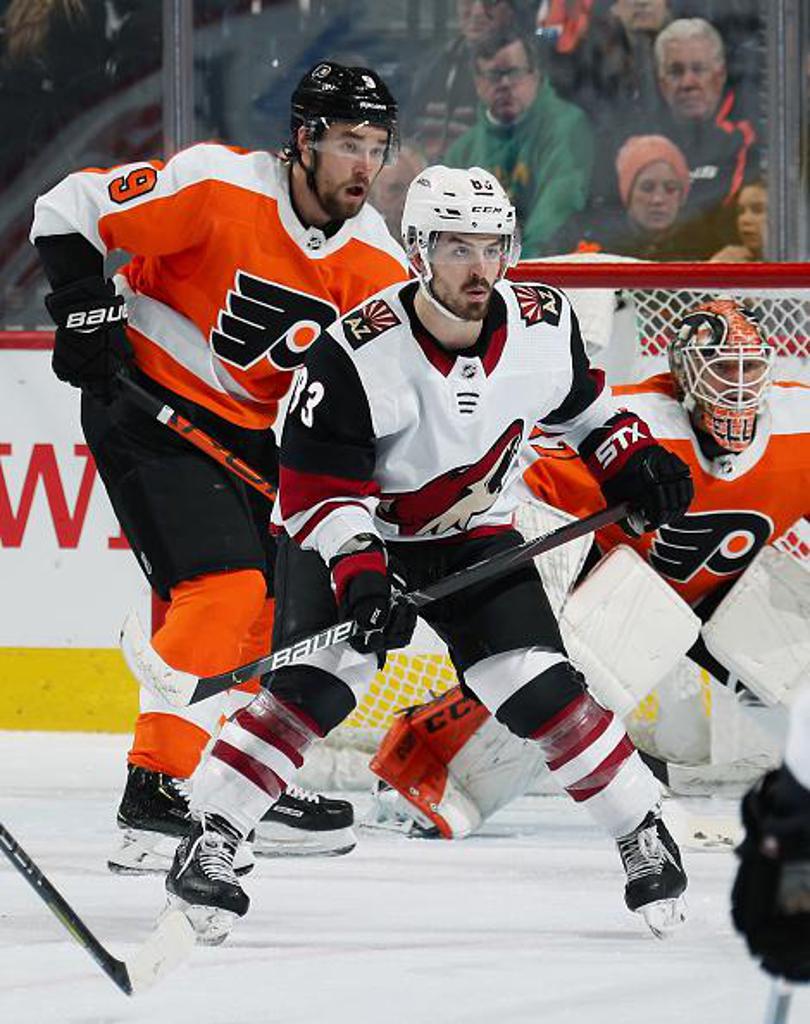 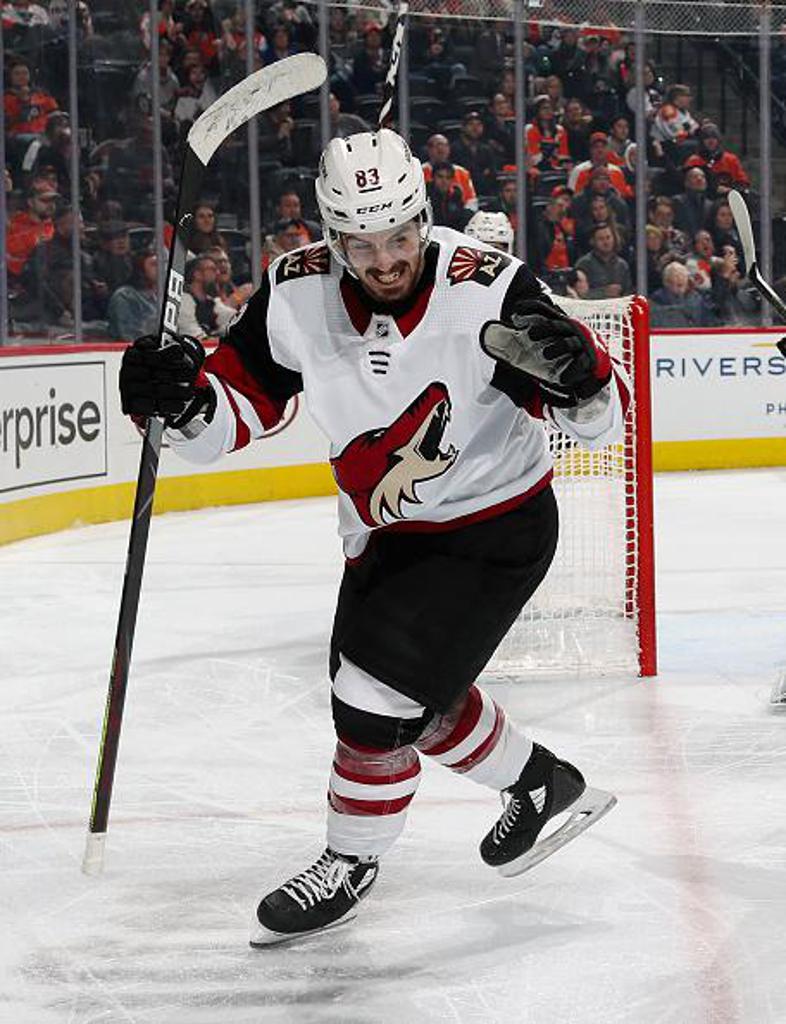 Mass. Hockey: Let’s kick things off by taking it back to youth hockey.

Conor Garland: I played, really, for two teams growing up: Boston Mission and Team Massachusetts. (Minnesota Wild forward and Scituate native) Ryan Donato was on that team, (Buffalo Sabres captain and North Celmsford guy, Jack) Eichel, so we had some good players, some good talent at a young age.  I think you see guys who just work hard and love the game at a young age end up making it pretty far in this game. It’s challenging for somebody my height, but you just gotta stick with it. Every day I’m in this league, I’m grateful.

Mass. Hockey: When was the first time that you were really made aware of your height maybe being a disadvantage to you?

Garland: The first time I heard it was in Bantams at Shattuck-St. Mary (a boarding school in Minnesota). I didn’t make the team there because of my height, probably other reasons too, right, but I was told I was just too small for Bantams. I grew since then, so that helps, but I never really thought about it until then.

I had success in all the leagues that I played in. It never really deterred me. Usually I heard I was going to be too small to play in the NHL, but here we are. I just never really paid attention to it.

Mass. Hockey: With that type of chatter, was there a sense that you wanted to prove people wrong then?

Garland: I think you want to prove people wrong, but again, you can’t really focus on that. Then it starts to take away from your game in general. I just knew, since I was a little kid, age-wise I mean, that I wanted to play in the NHL.

Mass. Hockey: Do you think the game today is more forgiving to smaller guys like yourself?

Garland: I think if you’re small, you gotta skate and you gotta compete. If you’re a small perimeter player, even if you’re a big perimeter player, you’re not going to have success in this league if you can’t do that. You gotta get in there and you gotta battle. I’ve never really thought about that kind of stuff at my height. I just kind of like to get in there and get into corners. It just benefitted me growing up.

Garland: Just love playing the game. Dream big and all of that, but appreciate every day that you’re at the rink, playing the game with your buddies. Big, small, it doesn’t matter if you have the passion and the work ethic. With those you can make it happen.

By Steven Ellis, The Hockey News