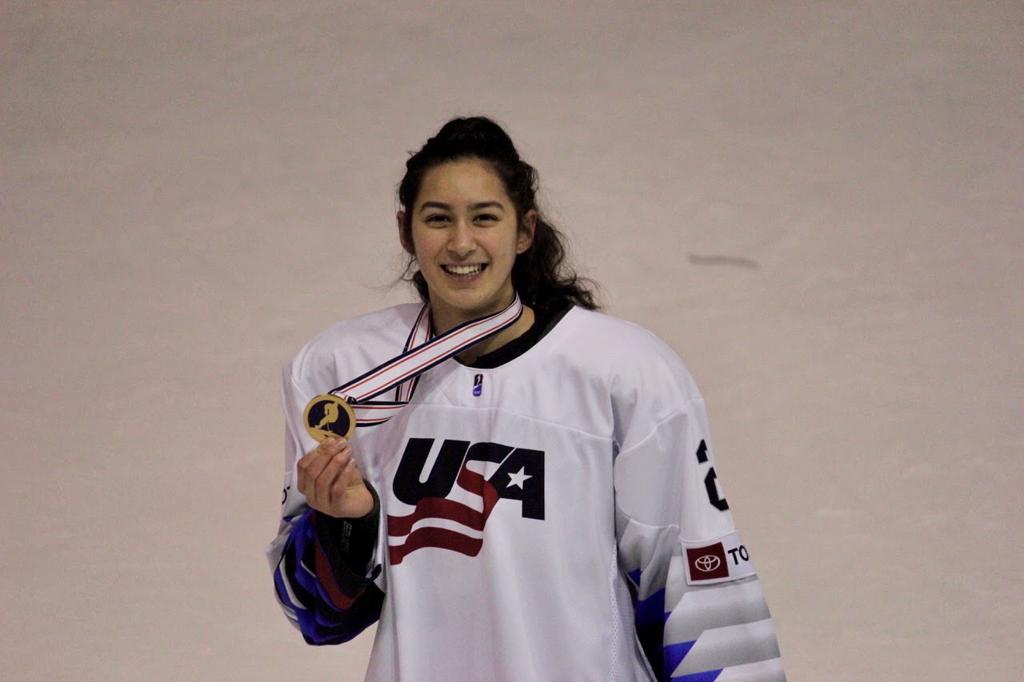 Mia Biotti was guaranteed, by way of a Christmas Eve Yankee Swap, to return from the IIHF Under-18 Women’s World Championships in Bratislava, Slovakia, with a tree ornament fashioned to look like little hockey skates.

As of Jan. 3, the Team USA defenseman will also be returning with what she can hope is the first of many IIHF medals, courtesy a 2-1 overtime win vs. rival Canada in the Jan. 2 gold medal final. She'll also return, by way of these five prized IIHF games, with an earned recognition as one of the best players teenage players in the world and the only player on the U18 WWC roster born in Massachusetts.

Heading into the international showdown, Biotti, who grew up in Cambridge and played in the Belmont Youth Hockey Association system before becoming something of a fixture at USA Hockey Nationals with the East Coast Wizards, was simply proud to be wearing the Team USA jersey.

“Just being able to represent the country is something that I’ve always dreamed of,” said Biotti, whose first exposure to Team USA came this past August through the 2019 Under-18 Series vs. Canada. “I would say the speed is closest to what I saw at the U18 series, especially against Canada. It was good to play those three games and see what the speed was like. Obviously, it’s faster than high school, and it’s the best players in the world, but I feel like it has been manageable.”

In all, Team USA went 4-1 at the tournament, which included wins over Russia and Finland, the two teams that faced off for bronze.

“It’s been good to see how this team has come together and see how we’ve played against the best players in the world and had success,” Biotti said before the United States’ semifinals win over Russia. “I would say we have fun and we laugh a lot, but we’re serious when it comes to game time.”

In addition to her father, Jon, Mia counts her coaches along the way among her strongest influences.

“I’ve been with the East Coast Wizards ever since I was 7-years-old, and I really attribute a lot of my success to them and to being a part of that program,” she said. “And then also my high school head coach, Ed Bourget, is a big supporter and has helped me out .”

Jon Biotti played high school hockey at Belmont Hill and went on to Harvard. Her uncle, Chris, played hockey at Harvard, appearing on rosters with such standouts as Scott Fusco, Lane MacDonald, Allen Bourbeau and C.J. Young, and he was drafted in the first round by the Calgary Flames. Playing defense seems to run in the family.

“My dad and I always talk about the pyramid of defense, where you want to start with playing strong defense first, and, then, on top of that, making passes and stepping up into the offense,” said Biotti, a high school junior at Buckingham Browne & Nichols School who has committed to Harvard. “Being responsible but also trying to contribute to the play.”

When asked about her own scouting profile, the 5-foot-11 defenseman, pointed to a pair of tall Team USA Olympians: 6-foot Lee Stecklein and 5-11 Megan Keller.

That Biotti, who wore No. 2 at the tournament (the same number Stecklein wore in PyeongChang and Sochi) has such role models is something of an achievement for Team USA as much as it is an achievement for Biotti to be following in their footsteps.

“I guess it just shows how much the program has grown in terms of the legacy players have contributed,” Biotti said. “And it’s what we as a program want to see from our players now, just to continue that legacy. We can create a team that younger women can look up to.”

Biotti sees this not only as an on-ice duty. Being an elite talent is one thing, but, as so many other players find as the ranks thin, talent is a component and not likely the only component.

“At this level, being a good person and being a team player is a huge part of being on this team,” said Biotti. “Being part of a team atmosphere, showing class, I think that’s a huge part. Being exposed to good examples and good influences definitely helps.”

While her parents and sister had the opportunity to watch Mia in Slovakia (her brother was back in Massachusetts because of a hockey tournament), her near future includes returning to her high school team in an effort to make the league playoffs it narrowly missed in 2018-19. If all goes according to plan, a career at Harvard beckons.

“It has always been my dream school,” Biotti said. “The balance between hockey and academics is unmatched. I want to go to a place where I can get a great education and play the sport I love. Harvard is a place I can do that. I grew up in Cambridge, so I’m close by and it has always been one of my dreams.”

After that, Biotti is open to any hockey possibilities that exist.

“I want play hockey as long as possible,” she said. “If you have a dream, work for it. You might not know exactly how far you’ll get, but [head coach] Maura Crowell said the other day to strive for perfection. If you miss, you'll still wind up great.” 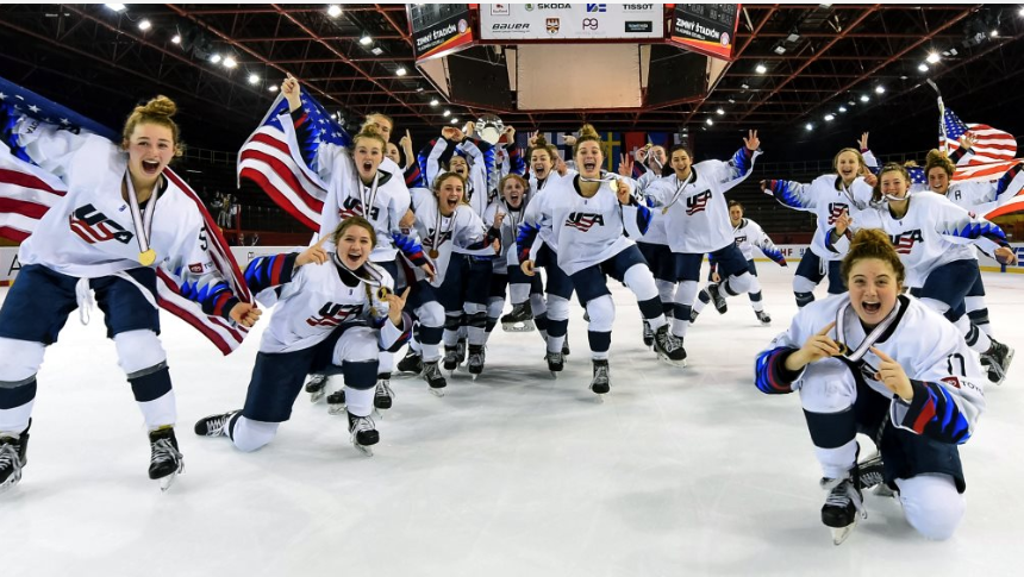 “I want play hockey as long as possible. If you have a dream, work for it. You might not know exactly how far you’ll get, but [head coach] Maura Crowell said the other day to strive for perfection. If you miss, you'll still wind up great.” 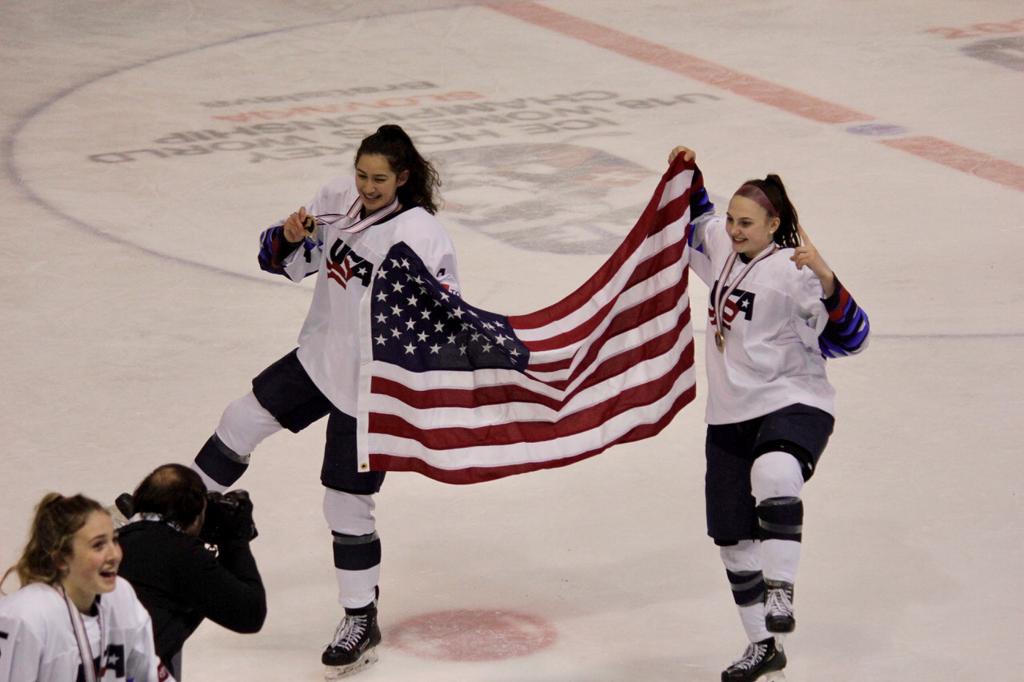