Small-area games have been a big thing for a number of years now. Around the hockey globe, progressive coaches had been advancing the ideas of shrinking the ice for all kinds of purposes – for reasons ranging from skill development to simple logistics when ice is scarce.

With USA Hockey’s American Development Model, the term and the practice of leveraging small-area games has spread at a rapid rate. With it, so have the intended benefits.

Scott Paluch, whose long coaching career includes eight years at Boston College, where as an assistant coach he went to four Frozen Four, winning in 2001, has appreciated the virtue of small-area games for decades now. Having worked as an ADM regional manager for the Mid-American and Southeast Districts, Paluch is not only a proponent but also a believer in the evolution of the practice. 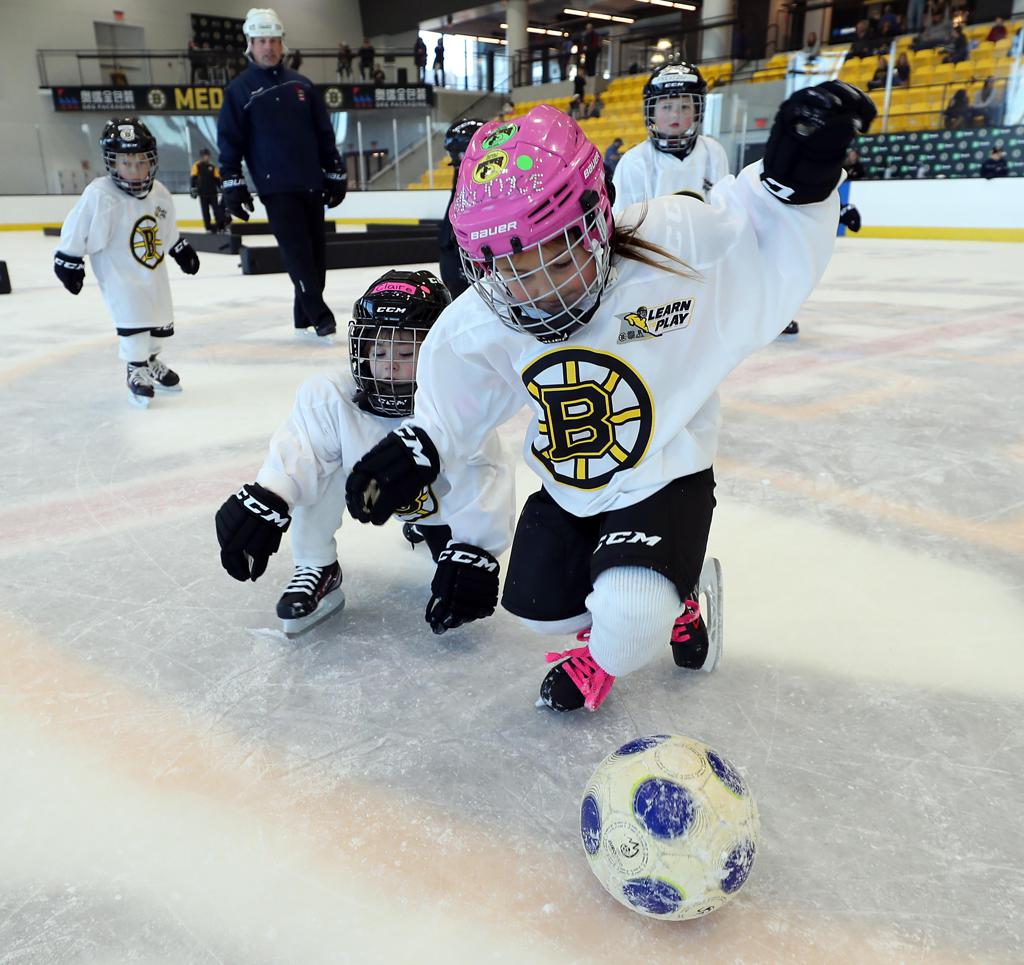 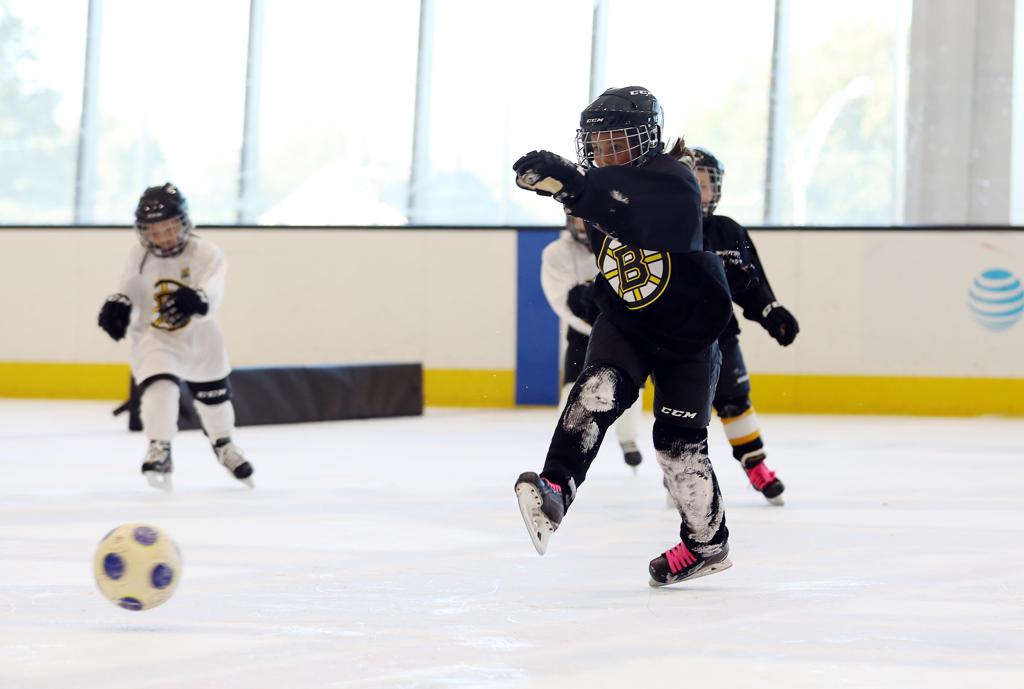 For Paluch, who this January will be serving as Team USA’s head coach at the 2020 Youth Olympic Games in Lausanne, Switzerland, simply playing in small areas isn’t enough. Aiming to leverage that small area for specific purposes, that’s where Paluch sees the evolution.

“Just because you’re playing a game doesn’t necessarily mean you’re getting everything out of it,” says Paluch. “I think it’s about making sure that what you’re looking to accomplish is happening.”

And it doesn’t just mean hockey, either. Paluch, a star defenseman for Bowling Green in the mid-1980s and a bronze medalist for Team USA at the 1986 IIHF World Junior Championship, can make cases for cross-over on-ice versions of soccer, tag, handball and even badminton as ways that make kids better hockey players.

Soccer, in addition to being one of the most visible by its pure departure from hokey on the ice, is among the most popular cross-overs. And with good reason.

“In the early years when we were really doing a lot with the ADM, soccer was one of the big pieces in rolling that out,” Paluch says. “In the observation that I had, the first thing that came to mind was that it was a good tool for power skating – and by power skating I mean advanced skating.”

Paluch points to the skating without the aid of a stick and the agility that’s suddenly required to do so much with one’s feet.

“They’re relying on their balance and skating within their bodies,” he says. “That’s fantastic. You’re actually going through different motions and you’re on both edges. It can be so dynamic. And one of the ways to stop the ball is by surrounding with your skates, and you’re opening up your hips. All these great concepts: chasing the ball, a quickness mechanism that’s critical at young ages, transfer of edges. It’s great.” 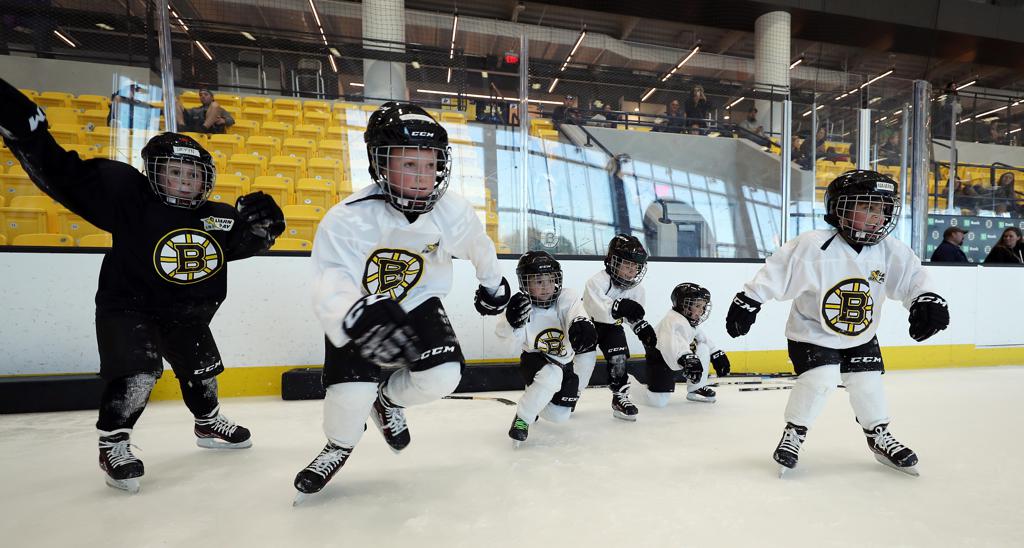 In general, nearly any other game that’s brought to the ice can have a positive effect because the athlete is bound to become that much more versatile.

“Whether it be in tag, or dodging a ball, or any other obstacle, you start to put players in smaller areas and you develop a spatial awareness,” says Paluch. “That kid is thinking, ‘Well, I can’t go in this direction because there are other players there.’ It’s an early introduction to hockey sense. You get a lot of players in a tight area and their eyes are surveying where they’re going.”

As the game progresses through age levels, those players will find more and more of their success is predicated upon how much space they can create for themselves and how quickly they can do it. At all levels, right up through the National Hockey League, players are helping play today and create tomorrow a game evolving in ways that reflect and support small-area games.

“I think people are now realizing that every aspect of our game can be advanced in a small-area game setting,” Paluch says. “You have to be comfortable competing for pucks, utilizing your body and balance, and your sense for the game, to win pucks. Coaches are understanding they can change what they want to see, and there are more small-area drills.”

Puck-touches and reps have long been the selling point of small-area games, which force more of both. But the decision-making moments are also more plentiful.

“There’s much more understanding about the importance of winning the puck and the decisions that are going to follow, either with or without the puck,” says Paluch. “Those decisions are critical.”

To process them more quickly is yet another layer of a small-area games agenda for young players to develop.

“Now, you’re talking about increasing the pace,” Paluch says. “Players are fighting for pucks quicker. They’re closer to the puck. There are more races going on over a shorter period of time. I think there are more and more levels of hockey where we’re starting to see more of these concepts: finding players quickly, puck support, play away from the puck. All of these things are starting to come into play because the smaller area forces you to make those decisions.”

While at BC, Paluch coached Brian Gionta, who sets up an example of success through the skillsets small-area games can teach. It is sometimes assumed that Gionta, listed at 5-foot-7, was a waterbug of a player who would have scored off the rush and with dazzling top-end speed.

“But a lot of his goals were in tight,” says Paluch of the newly minted U.S. Hockey Hall of Famer. “He was a tremendous net-front player – because he was super-intelligent and he had great quickness. His stick was so quick that he could score so many rebound goals. He had hockey sense, skill and an unbelievable tenacity. He won every puck and he had the ability to go to go from a standstill to 15 feet so quickly to get an edge on players.”

That edge – in skating, in puck acquisition, in time to space, in decision-making – can be the difference between a player’s success on the ice and, ultimately, a way to separate from one’s peers. More than ever, those moments are taking place in smaller spaces.

“You’ll find that a lot of the game, especially at the highest level, is played against the wall or in a fifth of the ice, in the offense or defensive zone,” Paluch says, noting that while full-ice line rushes are a part of the game, a player spends most of their time well under top speed. “It does happen, but a lot of the game is played in tighter areas. There are lot of players, there’s a lot of changing of direction, a lot of different movements, so not a lot of players get to maximum speed, but the quickness really takes over along with the agility to get around people.”

“I think people are now realizing that every aspect of our game can be advanced in a small-area game setting,” Paluch says. “You have to be comfortable competing for pucks, utilizing your body and balance, and your sense for the game, to win pucks. Coaches are understanding they can change what they want to see, and there are more small-area drills.” 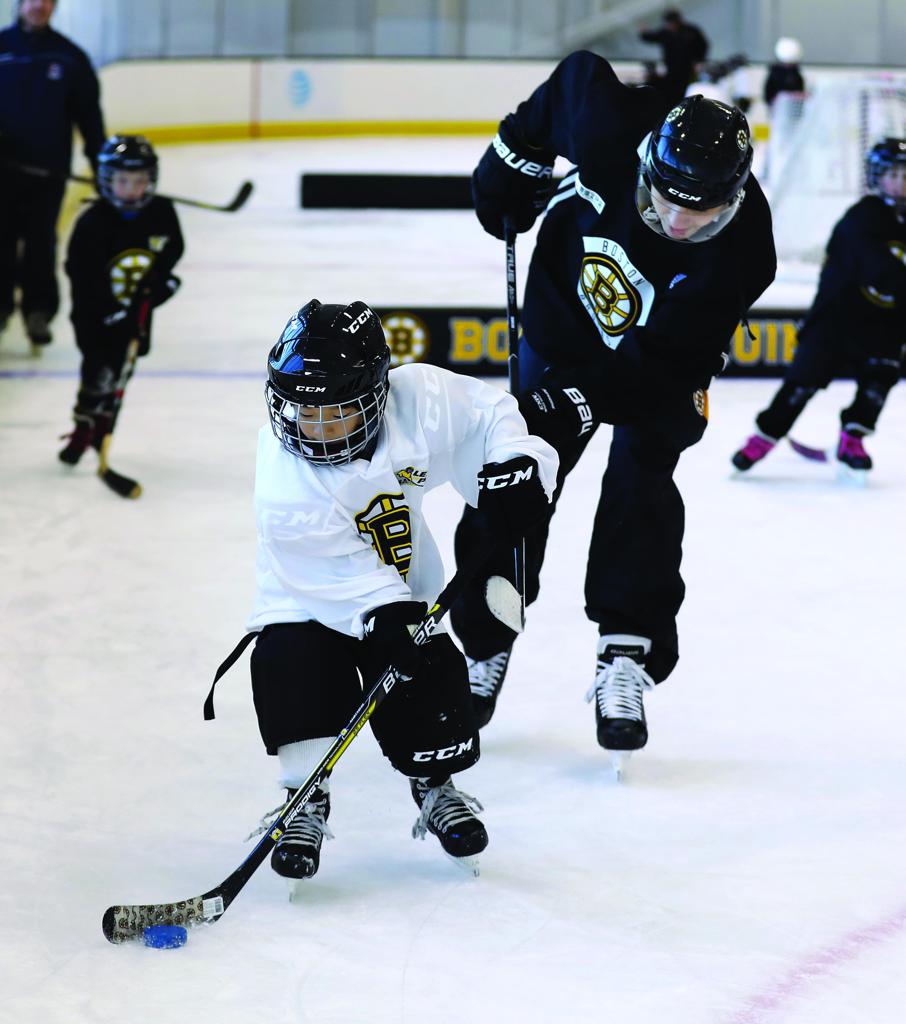