Kevin Hayes' Secret to Scoring? There is None 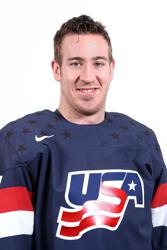 Unfortunately, the secret to scoring is pretty much out there. Here’s a hint: There is no secret.

Particularly as players advance through levels of hockey, there are fewer elements of the game that are going to surprise a player. The net is 4x6 and the puck has been the same size, shape and weight for as long as most high school players remember – let alone professional players.

At the NHL level, for example, when Philadelphia Flyers forward Kevin Hayes is asked whether there’s a secret to scoring goals, his answer is succinct.

“I don’t think so,” says Hayes, the Dorchester native and former Boston College star. “The NHL, it’s a tough league to score in.”

For Hayes, who after playing four seasons at The Heights is within striking distance of scoring 100 goals in the NHL, the secret he’s willing to share is that he’s still trying to become a better goal-scorer.

“I think, every year, I try to be more of a scoring threat in some way,” he says.

Now more than 400 games played in the NHL, Hayes has had goal-scoring on his mind for a very long time. Back to his driveway in Dorchester, in fact.

Even in the city, Hayes found ways to work hard on his shot. The foundation of his shot – and that of his brother – was repetition. How much repetition?

“A lot, honestly,” says Hayes, who would set up shop with his Jimmy, in his own right a fellow Boston College star and NHL veteran of more than 300 games, including over 100 in a Bruins jersey. “My brother and I were pretty much out there every day we were allowed to be out there shooting pucks. [Or] my buddy who lived up the street, we would just shoot at his garage door. I don’t think his parents appreciated it, but it worked.”

Did it ever for the Hayes brothers.

During his own senior year at BC, Jimmy Hayes scored 21 goals in 39 games. Kevin Hayes was a freshman on that team, having arrived as a gifted goal-scorer from Noble and Greenough. By his own senior year, Kevin was one of the top NCAA players in the country and, with Johnny Gaudreau forming a dynamic combination, it resulted in a 27-goal season.

Hayes knew at that point he was an elite scorer at the NCAA level.

“When I was in college and I was playing with Johnny, we had a pretty good tandem going,” he says. “So, my senior year, I could consider myself a legitimate goal-scorer. I think I got better and better.”

“For me, I’m scoring more power forward goals,” says Hayes. “And it’s fun to watch Johnny. He’s one of the best scorers in the league, and it just shows you don’t have to be the biggest guy to be successful in this league. He’s proving that pretty much every game.”

In Hayes’ estimation, the key – if not another hint of a scoring secret – is confidence.

“I know Johnny has a ton of it, and I have a lot of it, as well,” he says. “I think a lot of it has to do with confidence and believing that you can do it.”

Believing you can do it and thinking about it too much on the ice, however, are two different things. Especially as players rise through levels, thinking specifically about scoring goals isn’t likely to result in a development mindset or a developed game. Chasing goals is more likely a limiting mindset.

“For me, [I’m thinking] probably just shot, honestly,” says Hayes. “You do keep in mind the way the goalie catches or, coming down on a 2-on-1, seeing whether the D-man is a lefty or a righty and kind of figuring it out from there.”

Considering the importance of scoring goals to the relative success of the career of a professional hockey player, Hayes’ take on getting pucks to the net instead of into them has merit.

The greatest gift, though, may be the desire for improvement.

“I would say,” Hayes insists, “every year, I want to be more of a goal-scorer.” 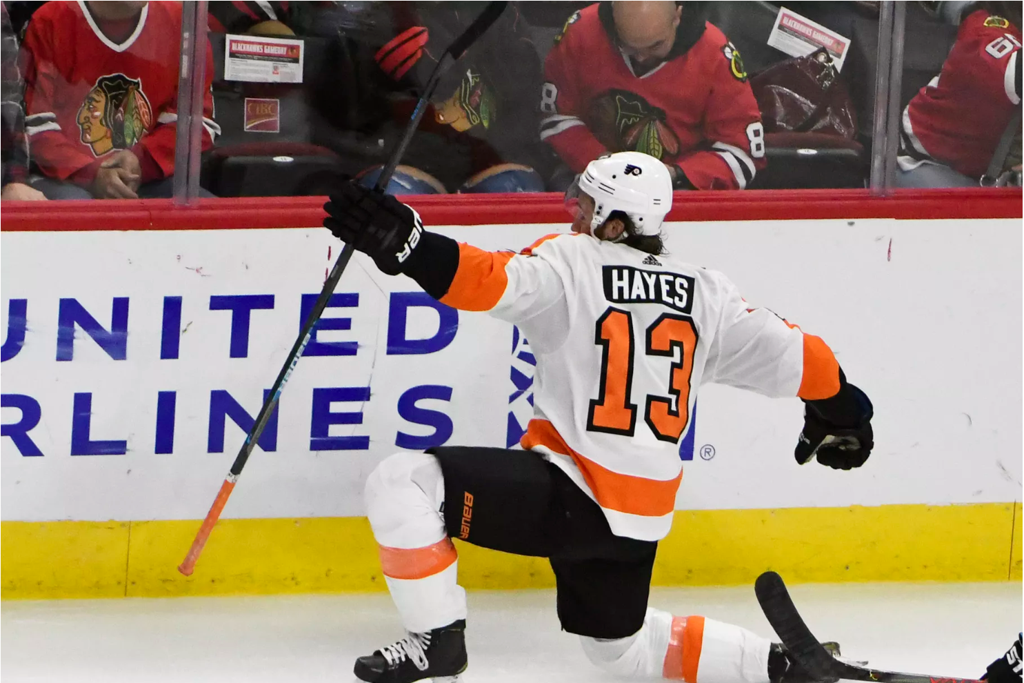 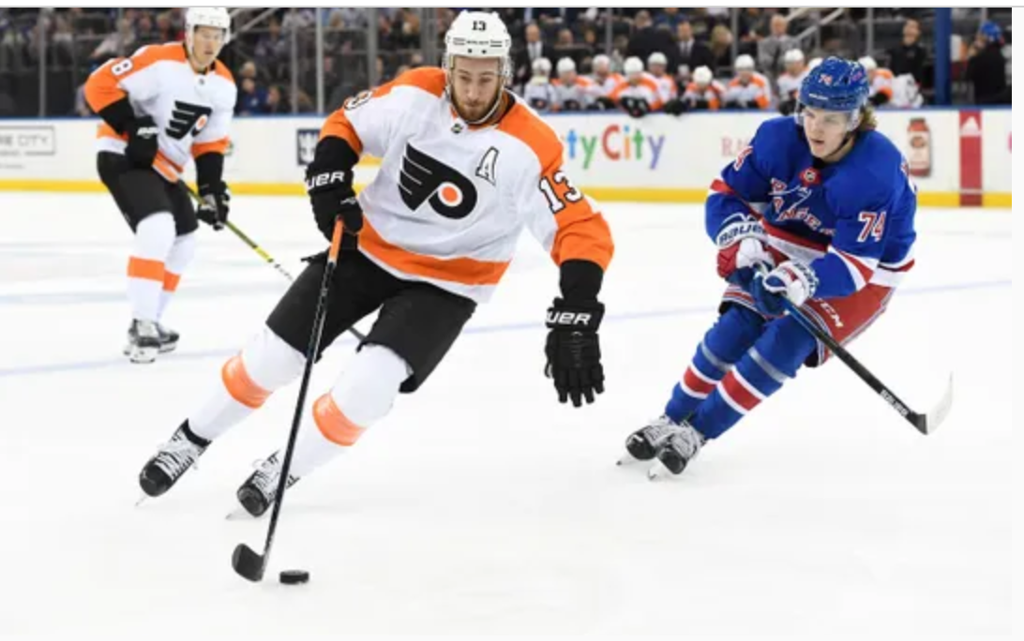