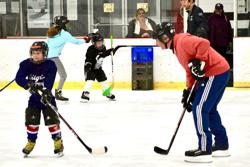 One of the most compelling stories in Massachusetts Hockey has its beginnings in Northern Virginia.

While living in Alexandria, Va., Steve Nearman and his son, now 20, so enjoyed their experience with the NOVA Cool Cats, the area’s preeminent program for special hockey, that he’s on his way to trying to create the same opportunities after relocating in 2017 to Massachusetts.

“He loves socialization and being around people, so this was something that was a big part of our lives while we lived down there,” says Nearman, who grew up in Framingham as an admittedly uncoordinated kid, but one who played hours and hours of street hockey. “But fast forward to 2017, and I decided it was best for our family to move out of Northern Virginia.”

Nearman settled in Plymouth and began looking for a program for his son, the nearest of which was about an hour away. Much closer, but unbeknownst to him, another former Cool Cats family had relocated to Scituate. It wasn’t long before Nearman and Erick McCroskey began kicking around the idea of forming something on their own.

“One thing my son absolutely loves to do is travel to tournaments,” Nearman says. “He loves airplanes. He loves hotels. He loves eating out. We were looking to for a program that [was similar] to the program we had in Northern Virginia.”

The Great Blizzards of Massachusetts were born.

“I started exploring it in November of last year,” says Nearman. “And our first practice was Sept. 7.”

As so many administrators know, taking a program from zero to anywhere isn’t easy, and the time spent on it can be significant. In addition to a good deal of local interest in helping, Nearman’s sounding board is McCroskey.

Hockey is for … everyone

Not a misprint: Ages 5-105 welcome. That’s what the Great Blizzards offer in a judgment-free zone.

And that may be the great joy in the Great Blizz.

“That’s the beauty of the program, that it’s at their pace,” says Nearman. “Our objective is to make the best experience for everybody on that ice. We take you and we try to bring you to your potential. We don’t push people. We make it at your pace and comfort level.”

“It’s more than just watching the players and their joy,” Nearman says. “But it’s watching our mentors, a lot of whom are middle-schoolers. They’re so passionate about this and they feel so good about themselves. And then I watch the parents. And a lot of our parents have tears in their eyes because they never imagined that their children would ever be playing hockey like maybe their other neuro-typical children.”

For Nearman, like many adults who work with groups of young people for whom activities we take for granted are serious challenges, the payoffs can mean even more than they may have anticipated.

“It’s watching how this program has changed peoples’ lives,” says Nearman. “It’s just a feel-good, no-judgment zone. It feels very comfortable being here. They don’t have to apologize for the kids being autistic or Down. They don’t. They laugh together and they cheer together.”

The most challenging thing about running this program is …

“It’s always going to be an issue,” he says. “Ice is not cheap. That’s the only real challenge. But I knew that when we started out and I have a dedicated group of people. The support has been great.”

Nearman figures he has enough donated equipment to outfit a small army. The Great Blizzard is ready, willing and able to add more players.

“I have a tremendous section of my garage full of hockey gear,” Nearman says with a laugh. “I thought by now we might have, like, 25 players. We have half of that, but as long as we keep growing, I think I’m good with that. I hate to put a number on it because it’s more the experience than it is the quantity of players. Once you get over 20, it starts to feel like a real program where you can actually go to tournaments and have lines.”

Nearman credits the volunteers, the coaches, including Plymouth South High School’s, and The Bog Ice Arena in Kingston.

“There are a number of considerations that went into picking the rink,” he says. “One of the big considerations was the location. I wanted to appeal to the Cape. And I wanted to get up as far as maybe Weymouth and over to Middleborough, and as far over as almost to New Bedford. The Bog had a really good central location and they have been amazing to work with. The manager of The Bog is one of my coaches, so that certainly doesn’t hurt.”

On Feb. 15 at Gallo Ice Arena in Bourne, the Great Blizz are set for their brightest spotlight to date.

Between periods, the Great Blizz will take the ice for a shootout.

“I always tell people it’s more than just a hockey team and recreation,” Nearman says. “It’s education. We teach so much in life skills. And work skills for a population that is, I believe, the least-employed population in America – the special-needs population. Any kind of job skills that we can teach with teamwork, personal responsibility, discipline, sportsmanship, having a plan. I love hockey. When you get the puck, you have three choices and you have to make a quick decision. Do you skate, do you shoot or do you pass? We teach them how to think quickly and make decisions. These are all things to transfer over to the workplace.” 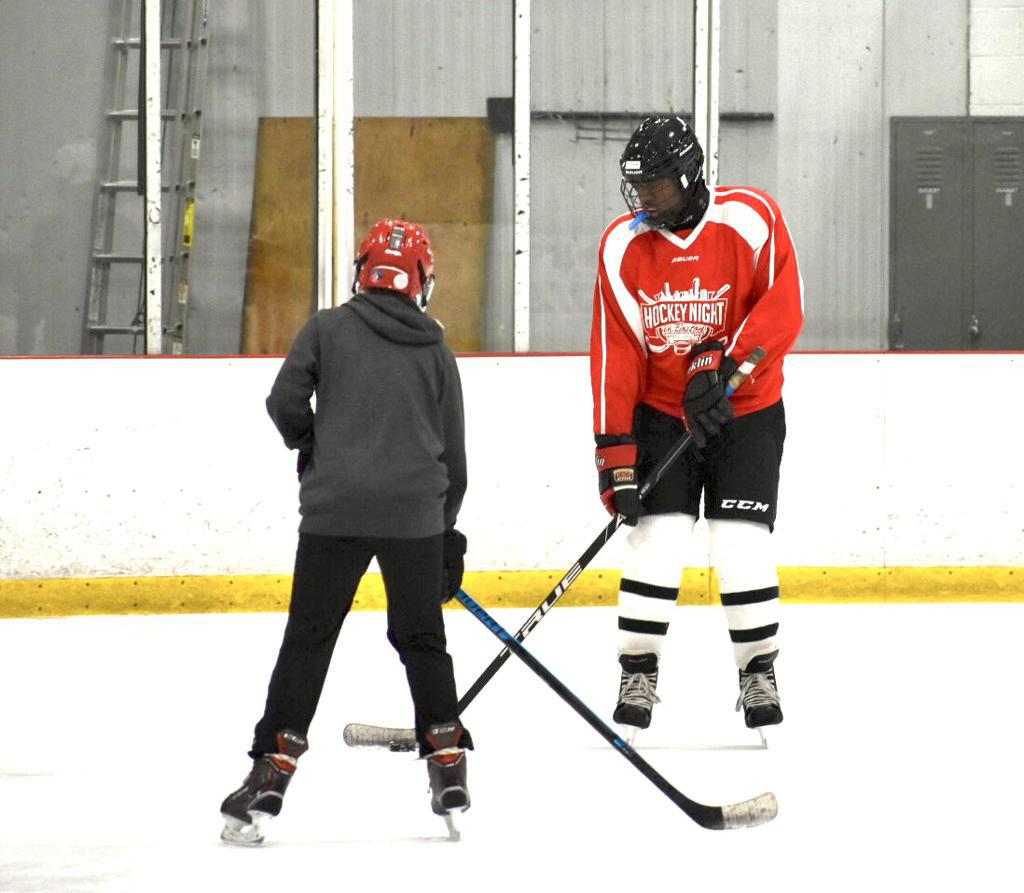 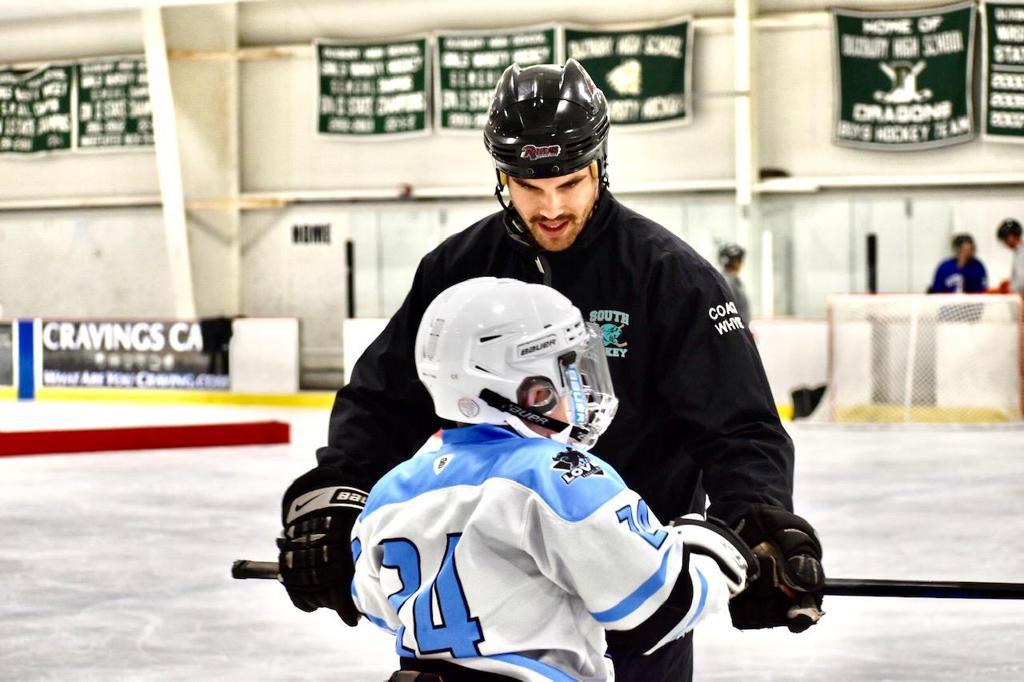 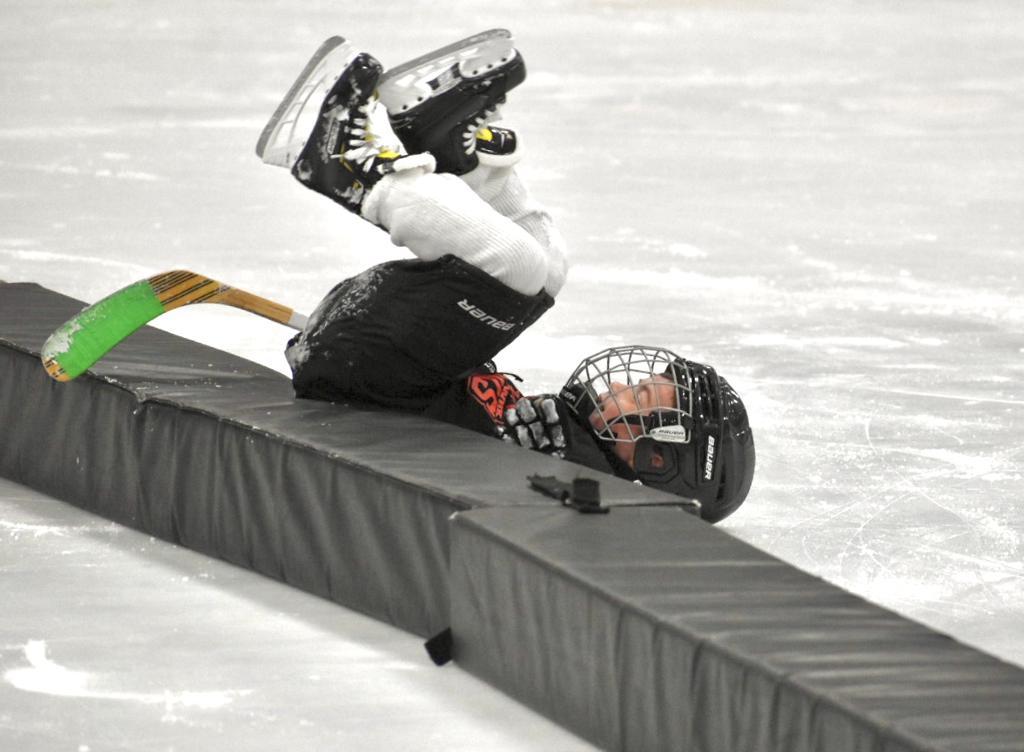 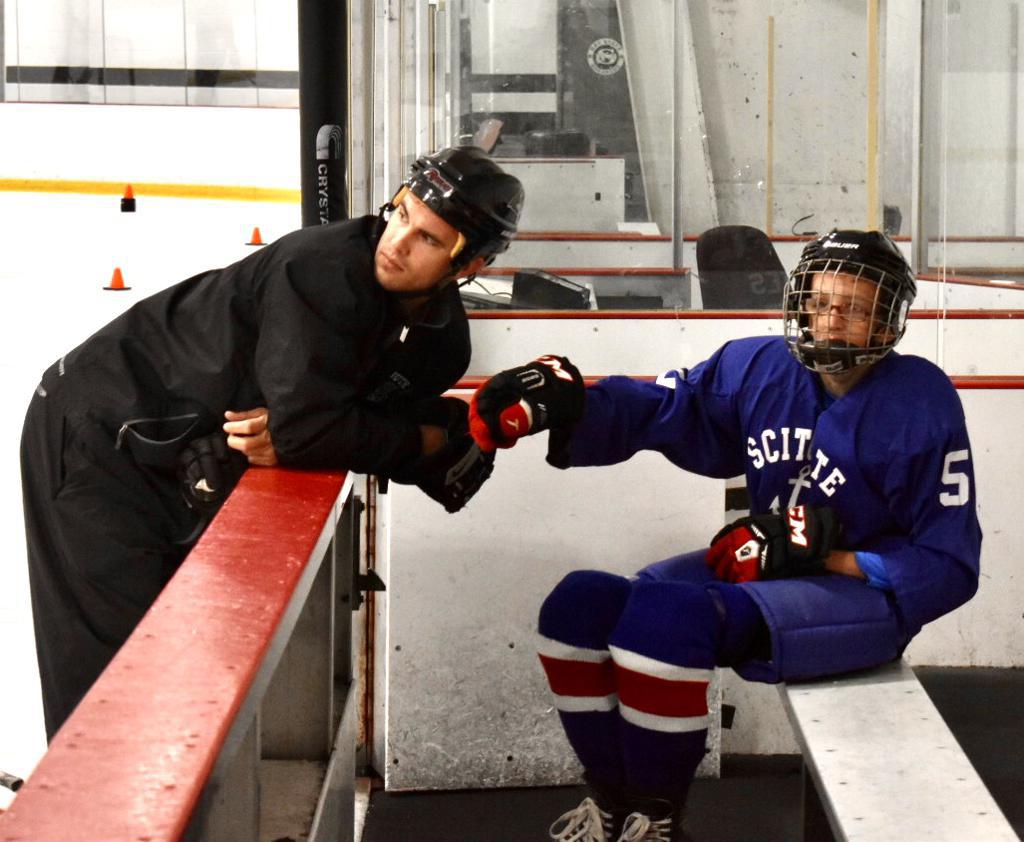