When Al Ramsay, a Canadian living in Freetown, Mass., took over the Tri-County Saints, the program had not been trending in a positive direction. Ramsay’s son was coming into the program at the time, and numbers at the younger levels had been dwindling. 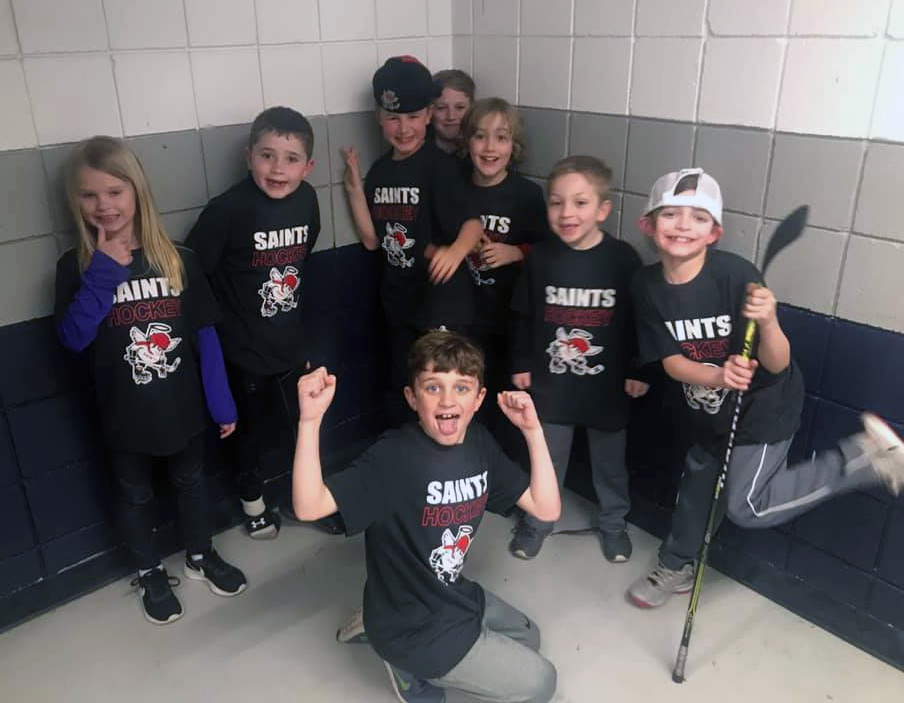 “We saw our house league participation drop pretty drastically,” he says, noting that the participation had dipped from 45, to 25 and into the teens before Ramsay’s tenure began. “I wanted to be more involved, so we really took a look at what we could do. And we made a lot of changes to that house league. We actually started calling it our development league. And that has been unusually successful for us.”

Ramsay and his fellow volunteers have been quite busy over the past few years since, and the numbers have come back to previous levels while building more strength across the program’s age groups.

Playing out of Aleixo Arena in Taunton, Tri-County’s players hail from Taunton, Freetown, Mansfield, Norton, Raynham, Lakeville, Dighton, Middleborough, Easton and Bridgewater. There are, of course, hockey alternatives near each of those towns, but Ramsay’s plans are working.

“We have three mite teams coming in consistently every year,” he says. “We had dropped back to one a few years ago. This year, we were debating whether we should have four. At least at the younger levels, it has been because of all the work that has been done in the development program.” 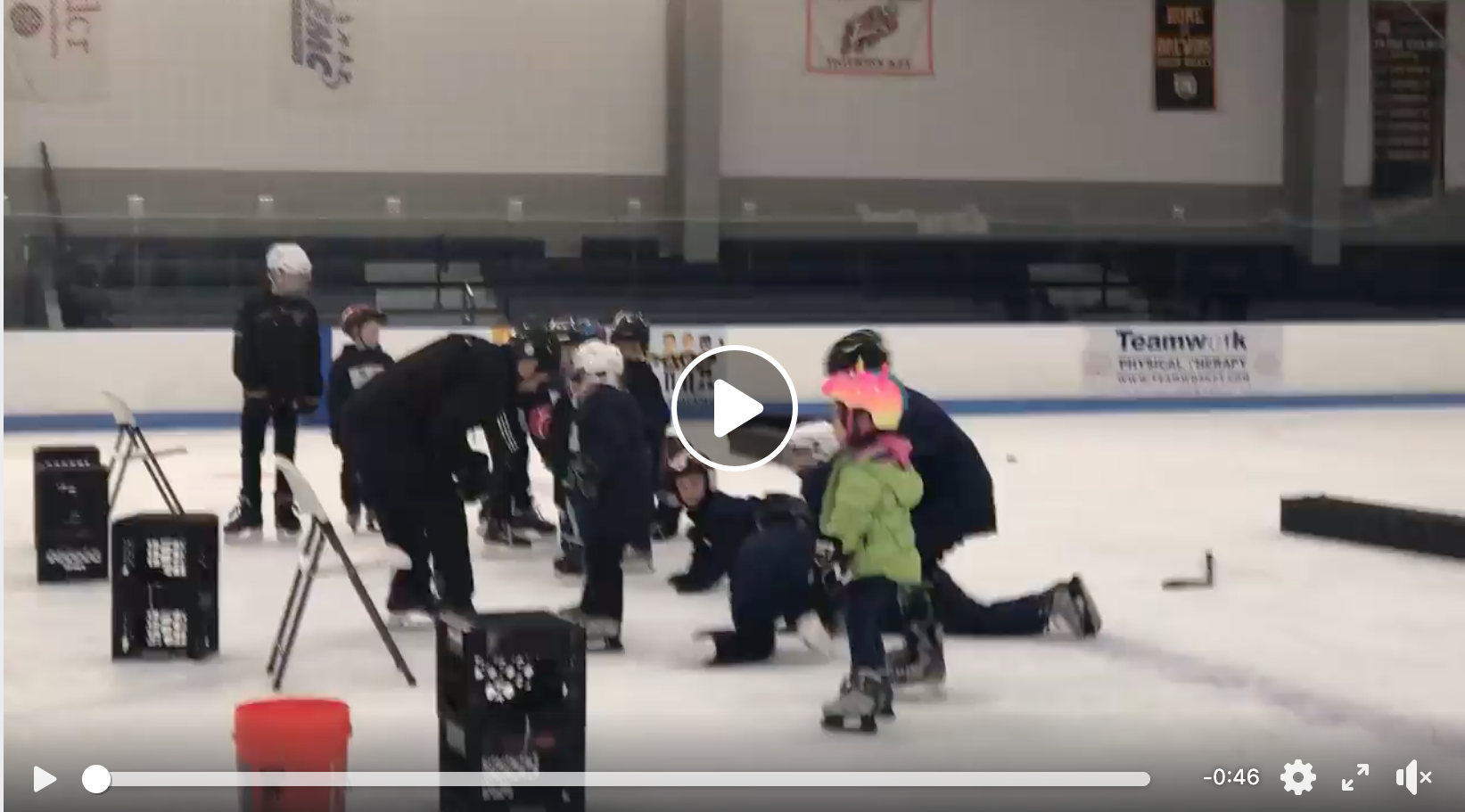 Click on this photo to see a video of the ADM model being applied by the Tri-County Saints.

For the next generation

Inspired by his young son’s participation, Ramsay had three things in mind for everyone involved: “I want him playing in an environment where it is igniting a passion to play hockey, where he can go out and learn the skills properly, and where we are promoting a sense of a growth mindset in the kids. It’s an opportunity to build future leaders. If we do things that align with those three, then we will have success.”

For starters, Tri-County went all-in on one of USA Hockey’s most successful initiatives.

“I think we’re doing a lot of things right,” Ramsay says. “We adopted the ADM model, and I mean really adopted it. It’s all station-based and a lot of fun and games.“

Tri-County grafted as much of the ADM as it could over the program where it made sense for its size and resources.

Because there is often a wide range of skills and ages on the ice, Tri-County tries to make the most of its ice at Aleixo, often dividing it to run three games concurrently – one half-ice and a pair of 20 x 20 games of two-on-two.

“You take a kid who doesn’t really do a lot in a four-on-four situation, even in cross-ice, and you scale that ice down, suddenly you see that kid engage,” says Ramsay. “It’s really, really cool.”

Chief among the approaches has been to keep costs down, too.

“Way down,” says Ramsay. “It was a little bit scary for us dropping the price so much, but it really helps open the door to people. And it encourages a lot of people in our area to get their kids into hockey a little bit younger.”

There are also the additions of age-appropriate off-ice training, adoption of the ADM up to 14U, Try Hockey for Free (two of them, in fact, this past season) and the Boston Bruins’ partnership with Learn to Play Hockey. They even hosted their first tournament this past season – an Easter-themed classic with an egg hunt, a coloring station for families and a free skate in the middle of the tournament.

“I think there was a little bit of fear of the unknown [early in his tenure], but the board bought in very quickly,” Ramsay says. “Everyone saw how successful you could be running things a little bit differently.”

“The best thing about running the program for me is working with the kids,” says Ramsay. “Seeing how much the kids are enjoying and learning, the interactions with the parents, working with the other coaches. It’s a really, really nice culture that were building.”

Already having achieved a good deal of success, Ramsay is not resting with Tri-County. 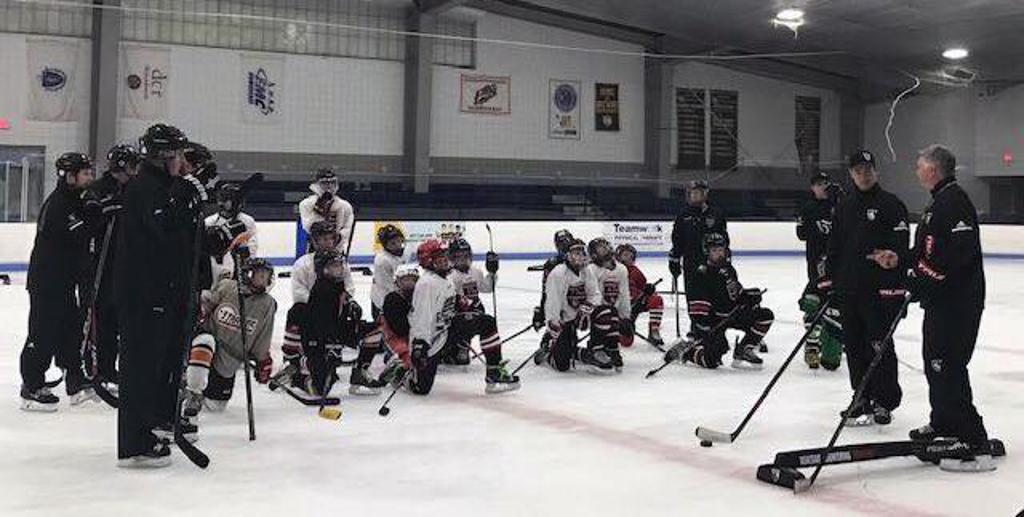 Next year, the program will have a coach-in-chief at every age level, which will result in some ice time efficiency, consistency of on-ice experience and information-sharing among coaches across the program.

“I want to make sure this doesn’t come across as all about me,” Ramsay says. “With some of the things we’ve done a little bit differently, we’ve taken some steps, and I think it has been building. We’re calling it the ADM transformation. It’s about reducing the costs and making it fun and adopting some of the strategies that USA Hockey has made available to us. But none of this works without the volunteers. There’s a lot of optimism within our association right now, and a lot of engagement from the coaches, the players, the members and the parents.”